AUTOCARE SERVICES GROUP (ASG) has been advertising with us for some time now, and as I always try to use as many of our advertisers as possible, when it came to servicing my car they immediately came to mind. My only reservation was that from their advert, they looked like they were more for high performance cars and that they might turn their nose up at my battered old workhorse.

I have up until now always returned to the Toyota dealership every time my RAV 4 needed any work doing on it, but I am a creature of habit.

First impressions count, and I was impressed with the initial telephone conversation that I had with Jacquie of ASG. Professional, polite and to the point – no attempt at up-selling from a general service.

I must emphasise that at this stage they had no idea that it was me who was calling – I was just Mrs Williams booking her car in for a service.

My car was booked in for the following week, with the use of a courtesy car for an extra £15. A written quotation followed by email.

I dropped my car off at 9.00am and handed over my keys to head mechanic John Priestly who ran through the  courtesy car details. Later that morning I received a call to say that there were a few things that John had found that should be attended to as a matter of safety, such as one very worn tyre, brake pads and discs. None of this came as a surprise to me as I had been warned at my last Toyota service that they had been flagged up as requiring attention. 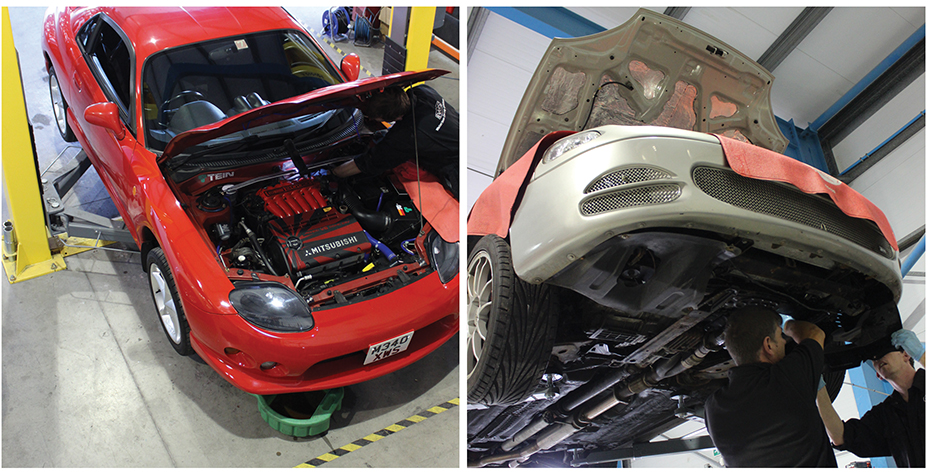 Shortly after, I received another email with a detailed quotation itemising everything that would be needed to complete the service. I collected my car, paid the bill and drove off happy in the knowledge that I could embark on my Christmas journey to Kent safely.

Would I go back? Yes I certainly would. The service was efficient and professional and what’s more, my quotation for replacing the clutch which was also raised as a concern was over £200 cheaper than Toyota’s quote which included a hefty discount for customer loyalty.

So next time you need to book your vehicle in for its annual service or repair, whether you have a classy motor or a much loved runabout, I can highly recommend ASG.