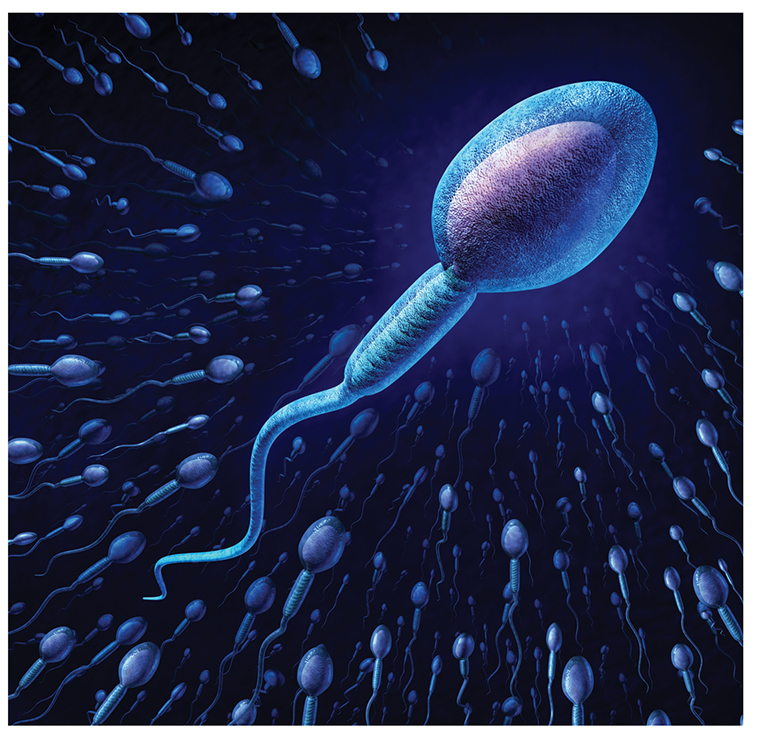 EVIDENCE SUGGESTS THAT MALE FERTILITY IS DECLINING; WITH AN ESTIMATED DROP OF 2% IN AVERAGE SPERM COUNT EVERY YEAR OVER THE PAST 23 YEARS.

For couples trying to conceive, reduced fertility can be a source of great anxiety. A low sperm count or poor sperm quality is the cause of infertility in around 20% of couples in the UK, and in an additional 25%, it is a contributory factor. These figures are concerning but the good news is that this is something that can often be turned around.

You may have heard that in order to increase fertility you should eat plenty of fruit and vegetables, stop smoking and reduce alcohol intake; but how does all this really make a difference and is it worth the time and effort?

Oxidative stress is considered a major contributory factor to male infertility – statistics indicating that 30-40% of infertile men have markers of oxidative stress in their seminal plasma1. It has also been implicated in a number of other diseases including heart disease, cancers and Alzheimer’s. It is a key component of the leading theories of why we age. Point made, nobody wants it. So what is it?

Oxidative stress occurs when your body does not have enough anti-oxidants to neutralise free radicals – unstable molecules which, when left unchecked, react causing damage to cells and DNA. The formation of free radicals is a natural and necessary process. They do not cause harm as long as they are balanced by their counterpart – antioxidants which work by pairing with the free radicals, making them stable.

In short, optimum balance between free radical production and available antioxidants equals a key component of good health. Imbalance results in premature aging of cell membranes (including sperm plasma membranes), enzyme destruction and damaged DNA (including sperm DNA). Sperm cells are uniquely susceptible to oxidative attack because their cell membranes are rich in polyunsaturated fatty acids which are particularly sensitive to this type of damage.

Unfortunately, current trends in our lifestyle choices have tipped this balance in favour of excessive free radicals. Causative factors include pollution, heated oils, plastics, cigarette smoke, dehydration, psychological stress, pharmaceutical medication, chlorinated water – the list goes on. There are few that can claim not to tick several boxes.

Studies on the effect of increased consumption of antioxidants on improving sperm quality have shown positive improvements. However, this only addresses one aspect of a complex dynamic. The human machine does not work on a purely linear level – an individual may physically take in more antioxidants, but if the digestion is under par and does not absorb them effectively then they will pass out again, without having been used by the body.

We find that for reliable results and optimum fertility it is essential to get good health established throughout. In order to conceive the body needs to be in a state of wellbeing that is not only able to sustain its own needs, but also to support the needs of another. Once a condition of vitality is restored, the chances of conceiving rise significantly.

Herbs are a valuable resource to enhance fertility on many levels. They can be used to re-establish a waning libido as well as increasing sperm parameters. One study of Ashwagandha root found that

after 90 days of treatment with the herb, average sperm concentration rose by 167%, with

a 53% increase in sperm motility2. Caution is advised for those not wishing to conceive.

Researchers agree sperm count is decreasing steadily. A count of less than 20 million sperms per ml is interpreted as being infertile. If downward trends are to continue this value will soon be the average

Are All Vitamins Created Equal?

Vitamins and minerals seldom work in isolation – it is the combination of components that allows for the activation, release and utilisation of each. Studies of the effect of antioxidant supplementation on general health have found little improvement, whereas a whole food diet high in antioxidants has reaped undeniably positive results. In the case of antioxidants the whole is certainly greater than the sum of its parts – it’s best to get nutrients from the whole foods which contain a balance of all the parts necessary for good health, including fibre.