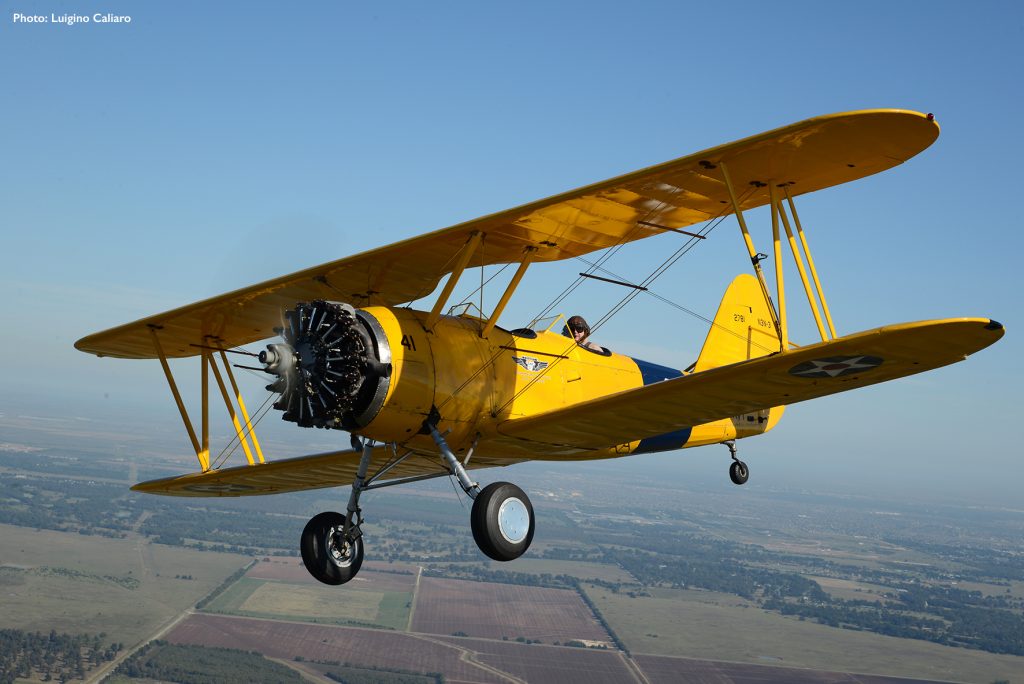 I have a day job, though the editor doesn’t believe it, and sometimes the day job takes me to Foreign Parts. In January the Part was Houston in the Lone Star state of Texas. Working on the undeniable principle that all work and no play makes Ashley a social outcast, I did some emailing before I left.

First thing on a sunny warm Sunday morning, Frank Vargas picked me up from my hotel and took me twenty miles to the Houston Wing of the Commemorative Air Force at West Houston Airport. My mission – to fly in an open-cockpit 1930’s biplane. You may recall the marvellous flight over Gower I had last year. The biplane is definitely a step up, though Gower has this part of Texas beaten hollow for scenery. The Gower photos were much admired by the Wing.

After a tour round the Wing’s fascinating museum the Naval Aircraft Factory, N3N “Canary” Primary Trainer was wheeled out. A few of the Wing’s other four vintage aircraft had to be shifted first.

The N3N was the last US military biplane, first entering service in 1935. Tens of thousands of pilots made their first solos in the N3N. I wasn’t about to solo, but I would get my hands on the controls.

Pilot Nathan Harnagel showed me how to get into the front cockpit and what to clip together to ensure I didn’t fall out when we did aerobatics – gulp! Most of the CAF pilots are ex-military and/or current airline pilots. Nathan, a retired Army Officer, has flown over ninety types of aircraft including the North American Mustang, multi-engine land planes and seaplanes, gliders and hot air balloons, and the MiG-15 jet fighter of Korean War fame. He has rebuilt his own North American T-6D, better known in the UK as the Harvard. He is rated for anything that can get off the ground, and is now a Senior Project Engineer at NASA. I was in good hands.

The big radial engine started with a satisfactory roar and when it had warmed up we’re off, s-turning down the taxiway as the view directly forward is non-existent until you are in the air. Cleared by the tower to take off, a might kick of power, and we were in the heavens.

Nathan took us to a safe distance from the airport and, “You have control!” I made some turns, trying to remember what I had been told about angles of bank and aligning various struts and the horizon.

Now it was Nathan’s turn. “We’ll do some wing-overs.”

The objective of the manoeuvre is to make a 180 degree turn in the shortest distance possible. It is also known as the crop-duster turn, or in emergency the box-canyon turn – try not to think too hard about that one.

Power on, pull the nose up to the vertical, a boot-full of rudder to change direction of travel from straight up to straight down, and pull out on the reciprocal heading. Note the importance of “pull out”. The ground looks awfully close when you are looking straight down at it over the nose of the aircraft. We did another wing-over, this time to the right. Plenty of g is pulled on the way down. Thankfully my pre-flight coffee stayed where it belonged.

Time up, we re-joined the circuit, bumped gently onto the runway, and s-turned back to the hangar. A flight of modern light aircraft were heading off for lunch at an airfield sixty miles away – the “hundred dollar hamburger.”

The Commemorative Air Force was founded in 1957 by a group of ex-service pilots in Texas. Their mission was to save – and fly – an example of every US aircraft plus others that flew during World War II. There are now seventy Wings across America and overseas. The Wings fly nearly 150 aircraft from trainers like my N3N, to fighters and the mighty Boeing Flying Fortress and Superfortress. 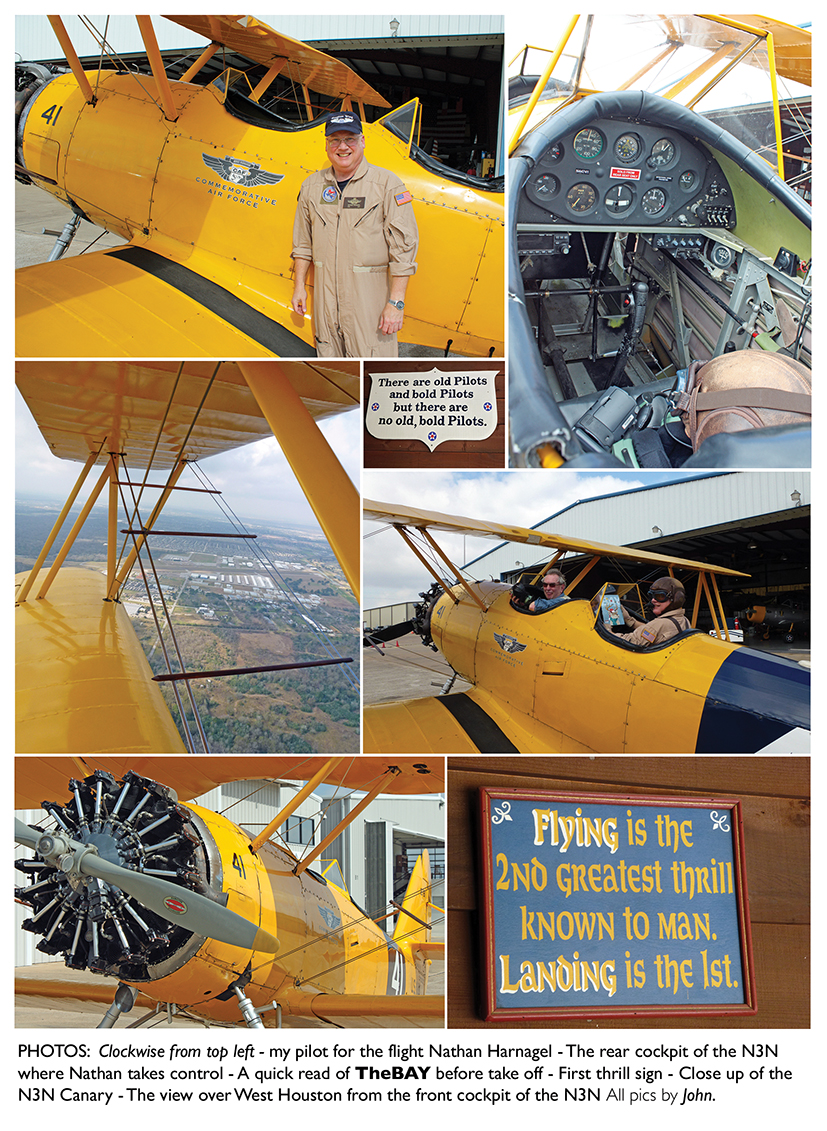 If you are in Houston make sure you visit the CAF Wing. Their company cannot be recommended highly enough.

Flights are available in all their aircraft. www.houstonwing.org