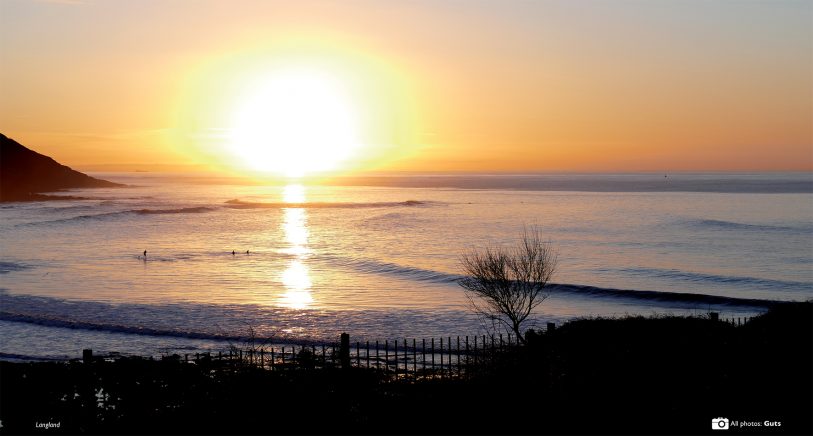 But on the odd occasion when the clouds part, and the sun peaks its little head above the horizon to illuminate a perfect ground swell, there is nowhere I’d rather be in the world than here on Gower. 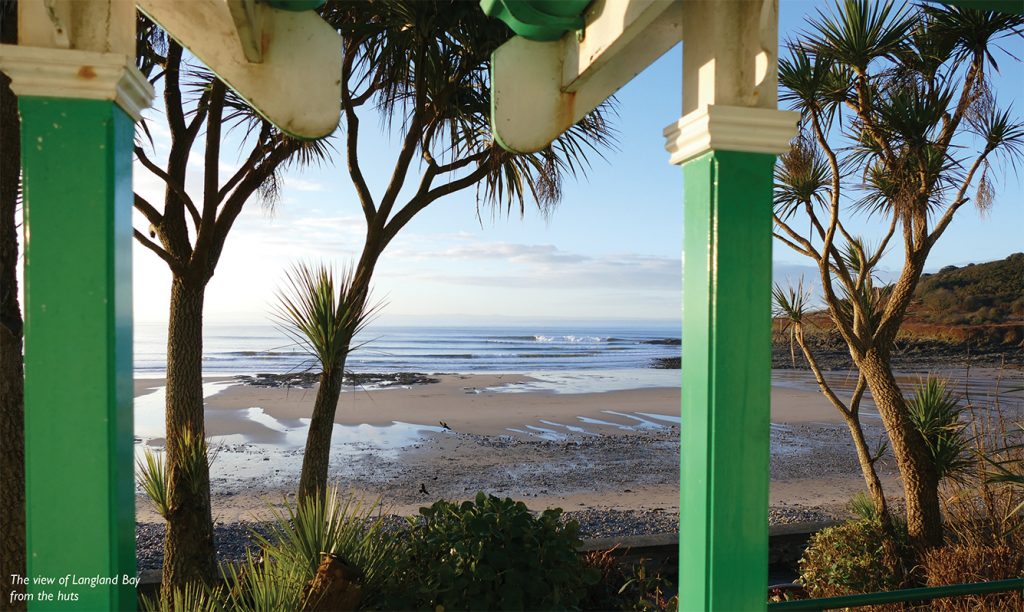 CHRIS’S SON CONNOR IS TRAVELLING AND SURFING IN AUSTRALIA FOR A YEAR AND HAS BEEN ASKED BY HIS DAD TO SEND POSTCARDS OF HIS TIME THERE. HERE’S THIS MONTH’S NEWS:

This week has brought waves, and pretty good waves at that. The swell predictions were correct for once and the swell produced head high waves with bigger sets at Tea Tree Bay, perfect waves peeling for as long as you want before your legs give up. The crowds were pretty thick but you could sit half way down the point and catch the waves that the people out the back were all hassling for and missing.

Again the surf pumped at the start of this week, head high waves all day long. On Tuesday I took a road trip – well more of a beach trip – up to Double Island Point. We had to take a car ferry across the river then had a two hour beach drive till we arrived at paradise. The longest point break you could ever imagine – head-high waves rattling for as far as you could see – and the best part was that there were only 15 guys on the whole beach. Any wave you wanted you could have.

The rest of the week produced pumping waves and on Saturday, the swell of the decade was meant to hit, but all it produced was 100s and 100s of surfers who could barely surf. They just got in the way and dropped in on every wave, so you were just dodging people and hoping not to get dropped in on.

After all the hard work and saving for the past few months, the Noosa Festival of Surfing was finally here. Eight days of pure stoke. All the pros had started to turn up and surfing with these people was crazy.

My first division was the Logger Pro, really quite a hard heat. I managed to get a few waves and seal myself 3rd place in a six-man heat. This meant I was through to round two. 1st and 2nd place went to round 3 and 4th and 5th were out, so I was pleased to get another chance. Luckily my heat was on the famous first point, while previous heats had been on the main beach as it was really small, but I lucked out. Unfortunately my round 2 heat was at the main beach, and was 1-2ft sloppy onshore close outs – so not very exciting. In my heat I took on Hudson Ritchie from Cali and Kai Annets, both are very young but highly talented. I also had two other Australians as opponents; I surfed a good heat but unfortunately didn’t manage to get through, so that was the end of the line for me. I learnt loads from just two 20 minute heats with these world class surfers!

My second division was the Men’s Open Am, I was in the first heat of the day at 6:30 am, and it started at exactly

6:30. Not like any of the U.K. competitions; here they started on time and if you weren’t there they would start without you. My heat was run at the main beach but the surf was a lot better than my logger heat. I had shoulder high waves, which peeled down a perfect sand bank to produce lovely left-handers – just what I love. My first heat went very well – my highest wave scored me a 8.25 out of 10 and my second wave scored me a 7.65. This is a total of 15.90 out of a possible 20. These scores were in the excellent range. Again, I had a 6 man heat and was placed 1st in my round one heat. Beating last year’s winner Joe Richabah, I was really pleased with this!

As I was placed 1st in my heat I went through to round 3 which meant I skipped round 2, which is always good. My round 3 heat consisted of Nick Jones (WSL world longboarder) Brett White, an Hawaiian, a Japanese and someone from the USA. The competition was held again on the main beach but on a dead high tide, on one of the biggest tides of the year – so it was super fat and again crumbly onshore. I was looking for lefts again as they worked well for me in the previous heat. I had three really good waves which scored me around the 5-6 mark so I needed another good score to keep me in the running. Nick Jones, Brett and the Hawaiian all got set waves with 4 minutes to go which bumped all three of them up into qualifying spaces. I needed a score of around 6.5/7 to get me into a qualifying space but unfortunately I didn’t get the wave in time and the buzzer went. I got 4th in the 6 man heat which was devastating but a good lesson learnt.

It was amazing watching all the finals of all the divisions on pumping first point. The swell had been rubbish all week but for the finals it was shoulder high, perfect right hand peelers, with a light off shore. Got to see the likes of Taylor Jenson, 2 x World champion, Harley Ingelbe and Matt Chonki shred these perfect waves. Was outstanding to watch and be that close to the action!