“It took a loaded gun pointed at my head to make me follow my dreams.” 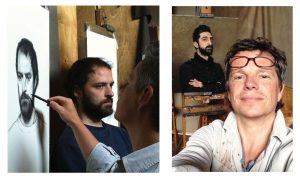 Have you ever stood in a gallery admiring portraits and wondered if you or a loved one could be immortalised in a painting?  Chris Garrington (right) a classical portrait artist inspired by the 17th century greats Caravaggio and Van Dyke has moved to Mumbles and is available for commissions

Chris’s move from London to Gower reflects his love for the area coupled with a chronic shortage of affordable studio space in the capital which has forced many artists to relocate. The fact that the studio was demolished to make way for luxury flats also played a part in his decision to leave. But it was a life-threatening incident in the Middle East that first prompted Chris to evaluate his life and pursue a life-long passion for painting.

“It took a loaded gun pointed at my head to make me follow my dreams,” he says. “I had been living and working in Manama in Bahrain for a year. It was a hot Saturday afternoon and I was in a friend’s car driving back from a supermarket following a two-day curfew. The traffic was very slow and we were having to stop at several checkpoints manned by armed Sunni soldiers.

“One of them noticed that I was using an iPhone and moved towards the car with his gun pointing straight at me. He tapped it on the window and insisted we wind it down whereupon he quizzed me as to where I was from and when learning I was from the UK, asked repeatedly what I was doing here.

“It was at this point that I asked myself that too. I had been working there as a commercial interior designer but life  had become increasingly dangerous. Whilst the pay was great, I had no job satisfaction, the searing heat was getting to me and my life was at risk.”

Chris’s encounter with the soldier was the wake-up call he needed. Within two months he had moved to Florence in Italy, capital of the Renaissance art movement and had enrolled onto a two year course at the Charles Cecil Studios, one of three leading portraiture and painting ateliers in Florence.

“This was my chance to see if I really could be an artist and even though I hadn’t drawn for 30 years, I was hooked. With my training complete, I returned to London and began painting professionally taking commissions and enjoying every minute of it particularly when I did the big reveal and my client was delighted with the finished product.

“I now divide my time between London and Mumbles and when I’m here get inspiration from the stunning coastline and scenery. It’s a glorious part of the country – unspoilt, under populated and underestimated as a place of sheer beauty and of course, the people are extremely friendly.

“Since moving here I’ve just completed two commissions for portraits including Charlie Malpass (below centre), a teenager from Newton who is the son of a very close friend of mine. I’m now throwing myself into my first Gower-inspired project which is a little clichéd some might say as I’m painting a local surfer.” 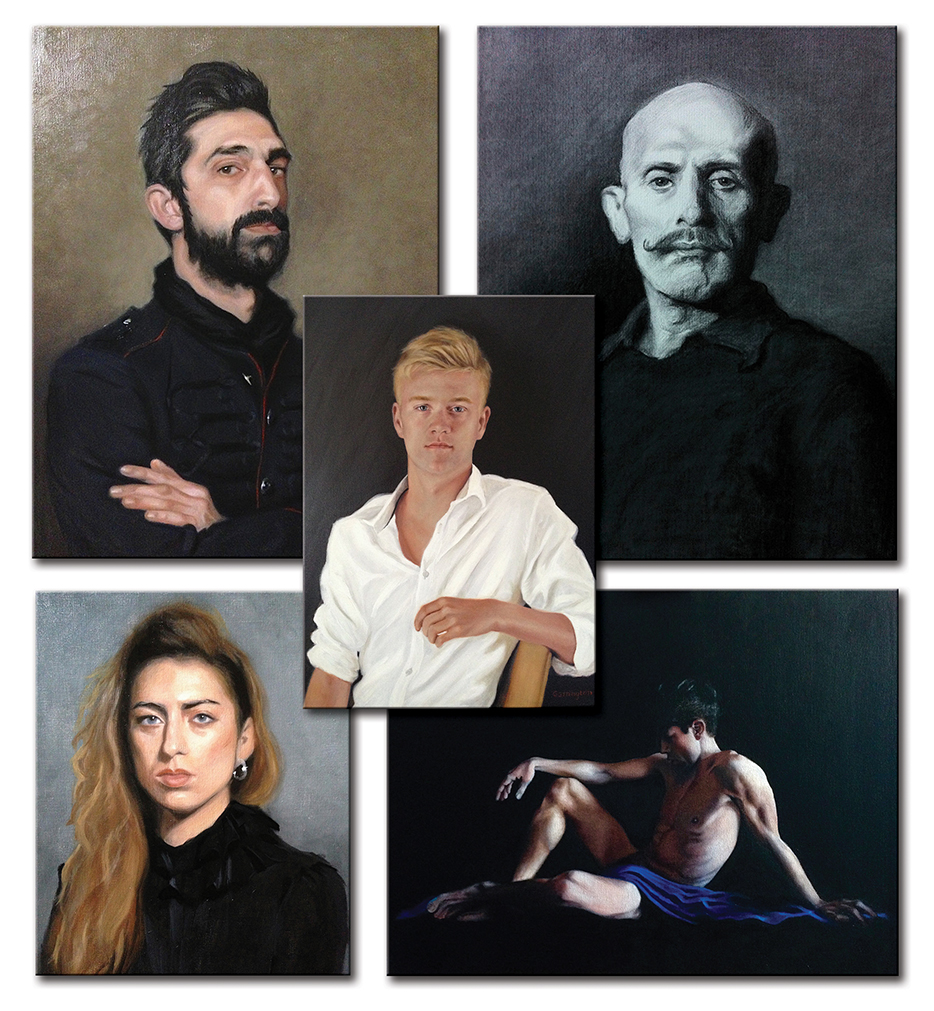 Chris paints in oils on canvas. Portraits take about 6 weeks and start from £1,500 with the painting of Charlie Malpass on display at the Gower Gallery on Newton Road in Mumbles until the end of April.

He is part of the Art Plan Scheme which allows for payments to be made in instalments. For time-pushed individuals, Chris can also work from photographs he takes from an initial sitting.