THE CONCLUSION OF THE SECOND WORLD WAR CAME ON THE 7TH/8TH MAY 1945. THE COUNTRY CELEBRATED ON WHAT CAME TO BE KNOWN AS VE DAY – VICTORY IN EUROPE DAY, AND THIS MONTH MARKS THE 71ST ANNIVERSARY.

’Ive taken the theme for this month’s article as oral history and its importance for researchers. What is oral history? The definition from Collins Dictionary states “Oral history is the memorial of living people about events or social conditions which they experienced in their earlier lives, taped and preserved as historical evidence”.

Here I will be using peoples’ personal memories.

The Second World War broke out on 3rd September 1939. The first of those to be killed from Swansea, were three men, Alfred Herbert Blake, Iorwerth Rees and William Stanley Vickerey who had been serving on S.S. Aviemore, a cargo ship sailing from Swansea to Buenos Aires, South America. The ship was sunk by a U 31 German submarine, on the 16th September 1939. Their names are commemorated on the Tower Hill Memorial, in London and the Merchant Navy Memorial, located in SA1.

Following on from Mr John Lewis’s comment in the February issue of TheBAY regarding the attack on the Docks by a French plane, which had been sabotaged by the Germans, from my research I have established that the date of this attack was the 10th July 1940. Since the February publication I have been contacted by several people with regards to this incident.

Sharon James told me a family story involving her grandfather, Thomas Davies of Fleet Street, known as ‘The Fish’ who had the rights to the fishing nets of Swansea. ‘My mother, Silvia and her aunt, Olive were pulling in the nets with Tom who had come home for a dinner break from the dock. When a plane came over [The Slip] circled and shot at the docks. They fell on the beach in fright and pulled themselves up the beach to safety. When Thomas returned to work, two of his best friends were among the 12 that had been killed in the attack. If he hadn’t gone back home, Tom could have been killed’ 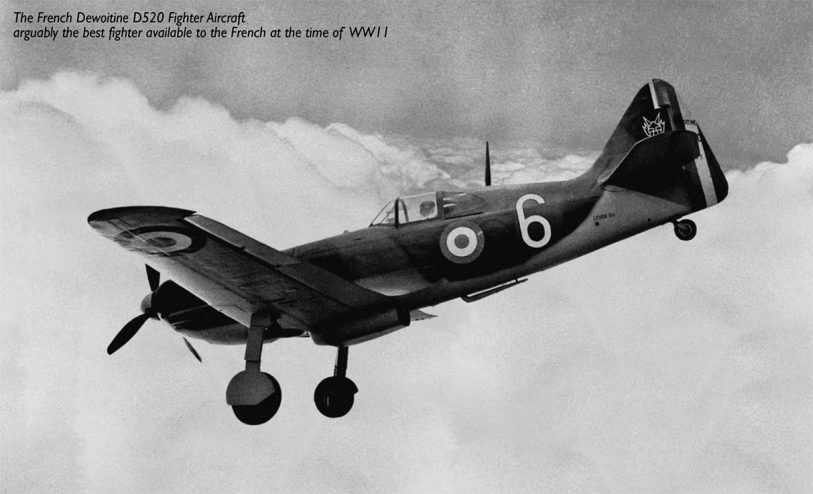 ‘Dinner time, 10th July 1940’ Mr Arthur Grist remembers ‘I was running home from school, when I noticed a plane circling over Castle Graig, Plasmarl. It was silver and glistening in the sunshine. The siren had not sounded so I thought it was a friendly plane. Suddenly it descended over the docks area and began machine gunning. It was reported that 12 dock workers were killed before it left. Later, someone living in Port Tennant said it had French markings on the body of the plane. A Spitfire based in Pembrey gave chase and shot it down before it reached the French coast. The pilot was reportedly killed.’

10th July 1940 is a notable day as it marked the beginning of the Battle of Britain. The RAF, who recorded the weather for that day, stated it was raining – some things never change! The RAF also reported that there were 30 casualties at Swansea on this day. I made a further enquiry with the Registrar of Cemeteries and Crematorium, as to where the 12 men were buried. Sidney George Beynon is buried at Cwmgelli Cemetery. Charles Harold Billington, Percy Gwyne Crocker, William John Quinn and Thomas Charles Stiens are all buried at Danygraig Cemetery, St.

Thomas. William Arthur Dennis, David Evans, Richard John Nichols, David John Phillips, John Phillips, Henry James Rees and Aeron Stock –  their resting places couldn’t be found within the council municipal cemeteries.  I contacted the German equivalent of the CWGC and it will take them several months to find the identity of the German pilot. Watch this space.

I received an email from Mrs Ann Williams, who told me about her mother’s, Eliza Harrison – known as Betty – activities during the war. ‘When war broke out Mum became a member of the ARP Wardens Post No. 14, Division 1 Group L Section. Also in 1939, mum attended a course at the Guildhall, Swansea, without her mother’s knowledge and successfully became the first trained lady Aircraft Spotter in Wales. Mum worked for Harold Leigh Ltd and whilst on duty as Aircraft Spotter she stood on top of the Kardov Flour Buildings in Cambrian Place, near the docks area of Swansea. She identified and called in aircraft as friend or foe during the Three Night Blitz’. 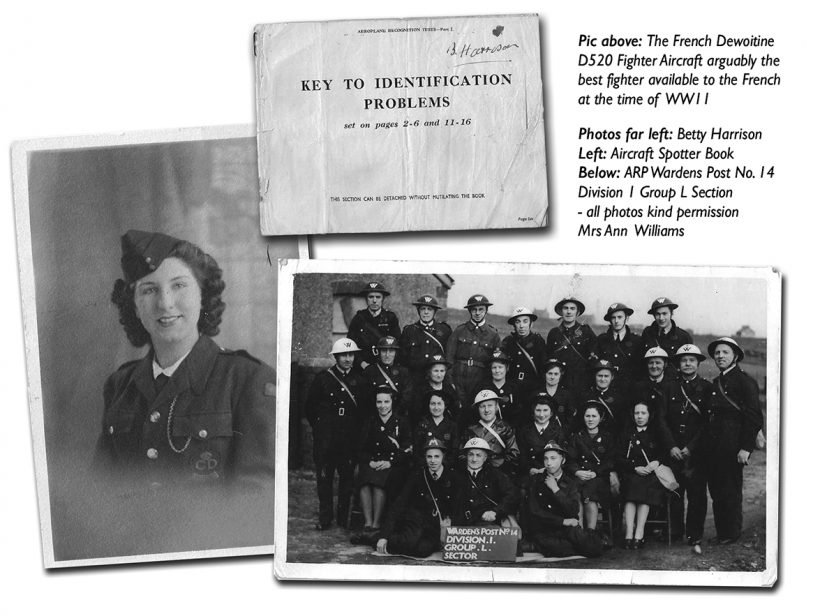 A further reminiscence from Mrs Joan Walters nee Parker tells of her time at the Three Night Blitz.  She was 8 years old at the time and her brother was two years younger. Many of the children at that time were evacuated to “places of safety”, but her mother didn’t wish for them to go. After the first night, 19th February, the family were residing at Gwili Terrace, Mayhill, and her mother, Mrs Parker, decided that she would contact her daughter- in- law who lived in Cam, Gloucestershire. Her son was already in the army, and eventually became a POW.  Mrs Parker asked her if she would take in the two youngest children, 2 of 13. They walked through “war torn” Swansea to the High Street railway station and managed to catch the last train out. The children were left in the charge of the guard. Joan and her brother stayed at Cam for only 6 months, as they were home sick, fortunately their house in Gwili Terrace had survived the bombings.

Eyewitness accounts of the Three Night Blitz came in from Mr David Cox, a 17 year old Fire Watcher at the time. He was given a helmet and worked in St. Helen’s Road, as he was employed at General Accident insurance offices – I wonder if they were inundated with claims. The air raid warnings were going off all the time, and he was avoiding the bombs. Badly damaged buildings were being demolished. On Friday, 28th February, Oxford Street was re-opened for business! All week after the Blitz there were many delayed- action bombs lying around. After the Blitz David joined Sketty Home Guard, then at 17 ¼ he volunteered to join the RAF in 1942.

Mrs Margaret Williams, gave me an account of her father, Tom Edwards, who was one of the firemen during the Three Night Blitz. ‘On the Sunday morning, 23rd February, he was in Castle Street, exhausted and saddened to see the town flat. It was eerily quiet except for the sound of the water pumping from the hoses. He could see as far as the sea.’ After the Blitz, Mrs Williams continues ‘He was sent to Llandrindod Wells for a rest… whilst he was there, the town was bombed! He also fought on the oil tankers in Milford Haven. By the end of the war he had had enough even though he was offered a promotion’.

Her mother, Ivy Edwards, ‘Lived in Pentregethen Road. Opposite were the anti-aircraft guns and search lights, when the siren went off the garden and house were brightly lit and the foundations of the house shook’. 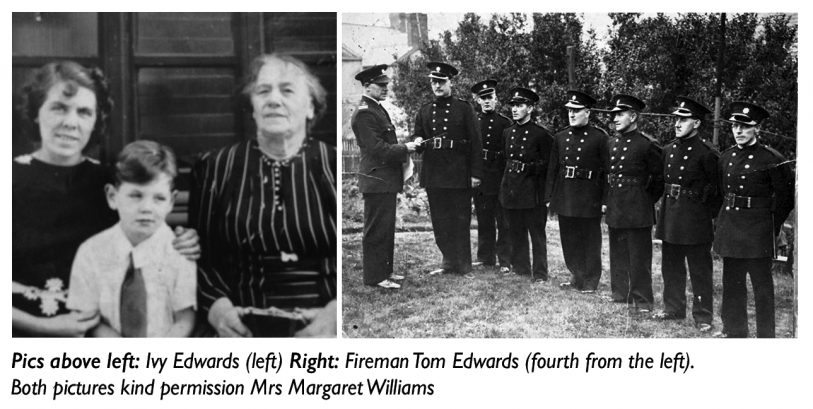 The American troops who were described as ‘overpaid, oversexed and over here’, were billeted in a camp off Pentregethen Road. My grandmother, Mrs B. Watkins, told me that whilst looking out of her bedroom window in Cwmgwyn she saw that the whole of the stretch of Swansea Bay was covered with ships. The next morning, 6th June 1944 D-Day, they had disappeared and so had the American troops.

I was told of the celebrations of VE Day 8th May 1945 by two St Thomas residents. Mrs Kath Jones, who lived at Ysgol Street at the time, told me that there was a street party where people were singing ‘Hokey Kokey’ and dancing, the street having been closed off.  Mr John Lewis and his sister Christine, told me that at their party in Miers Street, trestle tables were placed down the middle of the road covered with sheets and everybody contributed a plate of food – and a piano was dragged out of a house!

Without these interesting anecdotes, we would miss so much social history. I would like to take this opportunity to thank everyone who has contacted me over the past few months with their extremely interesting reminiscences.