This month Ashley brings us an American classic, a 1957 Chevrolet owned by Gary Morgan 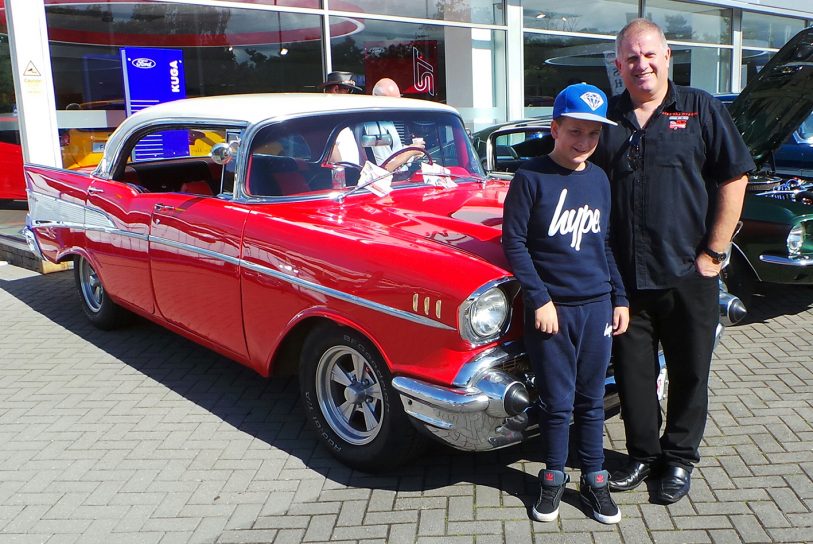 Gary’s passion for classic American cars started back in the 80s when he invested in a Dodge van, but it wasn’t until 1992 that he was able to buy his first 1957 Chevy, a 4 door 210 sedan. It was blue and white and in need of a complete restoration, most of which he undertook himself. Sadly, a year later he was forced to sell it and it was another 20 years before he was in a position to start looking for another 57 Chevy.

At Christmas time in 2013 two cars came to his attention, a Bel Air and a 210 Sedan. The Bel Air was in near perfect condition, and Gary decided that he wanted it. Unfortunately, on contacting the owner he discovered that it had already been promised to someone else. So he travelled to Essex with his son Kristian to buy the 210 Sedan.

On seeing the car, Gary had a déjà vu moment – it was exactly the same as his original 1957 Chevy and in need of a complete restoration.

Kristian and Gary spent a whole week stripping the car ready for a re-spray, ordering new parts and repairing the damaged bodywork. A week later, Gary received a phone call – the Bel Air was available again as the buyer had backed out. After a brief phone call to Mandie, his fiancée, who told him to ‘live the dream’ he became the owner of another ’57 Chevy.

Today both Mandie and Gary drive the cars to shows and are in the process of setting up a business called ‘Live the Dream Classic Car Hire’. To run a business like this has been an ambition for the past 20 years and it is Gary’s aim that it will be passed on to Kristian in the future.

The couple have just added a 1967 Ford Galaxie to their collection which they use as their everyday vehicle.

THE SWANSEA FESTIVAL OF TRANSPORT 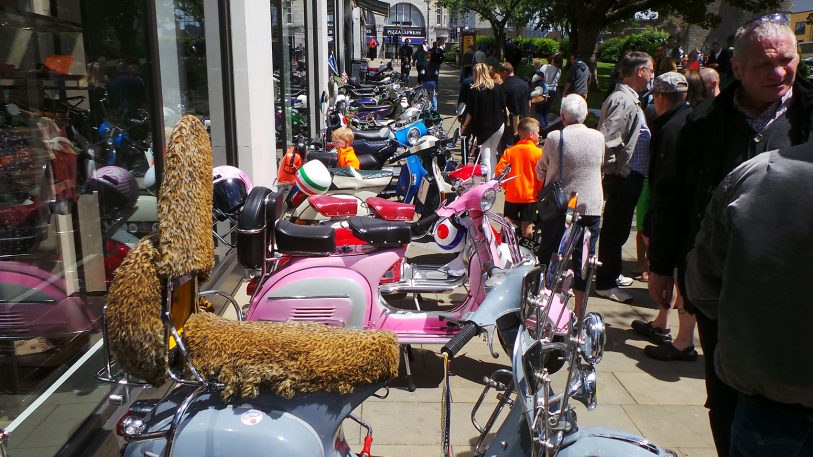 The Swansea Festival of Transport will take place on Sunday the 19th of June 2016 which also happens to be Father’s Day. The Festival, initially arranged by Ashley Lovering as a hobby, is now in its 23rd year and attracts hundreds of exhibitors and thousands of visitors. It is held in Castle Square, Wind Street, Princess Way, Oxford Street, Union Street, Portland Street and St Mary’s car park. You can expect to see vintage, classic and modern vehicles on display ranging from scooters to heavy haulage trucks. This free to enter and visit event has something for all the family to enjoy with most cafes, shops being open for the day. Classic buses from the Swansea Bus Museum are on display and some of them offer free bus rides around the town. Replica film vehicles are also on display including a Wallace and Gromit van, A Team van, Knightrider car etc. Blood Bikes Wales will also display and promote their valuable service.