Ok, before you all shout out I know that it is unlikely that you are ever going to be able to source a whole kid in Swansea, but you have to remember that Tatiana is in Portugal where it is much more available. However I have gone along with this recipe as you can substitute a large leg of lamb and get a more than satisfactory result. Ed 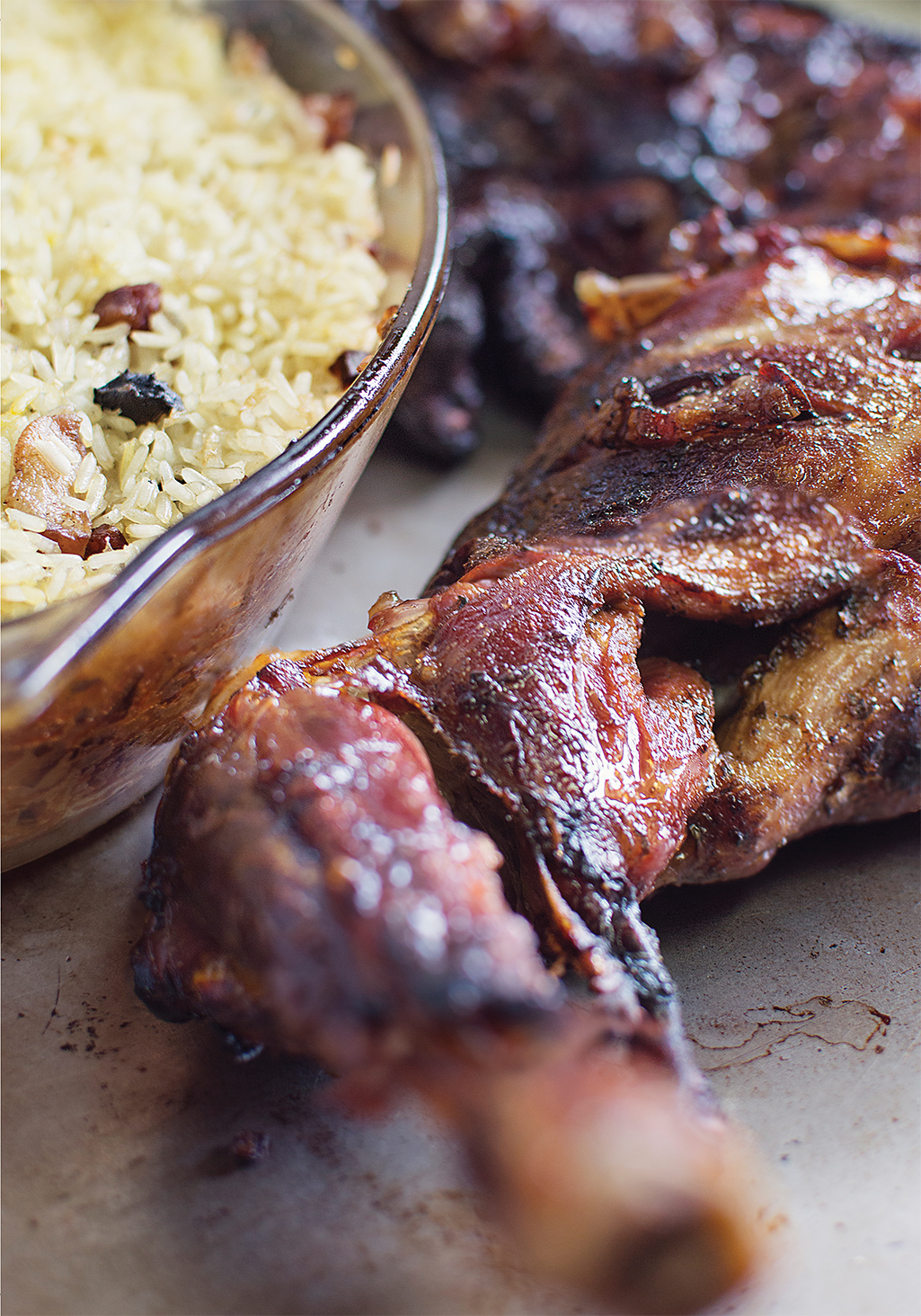 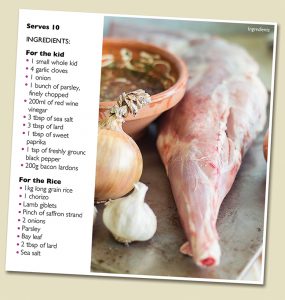 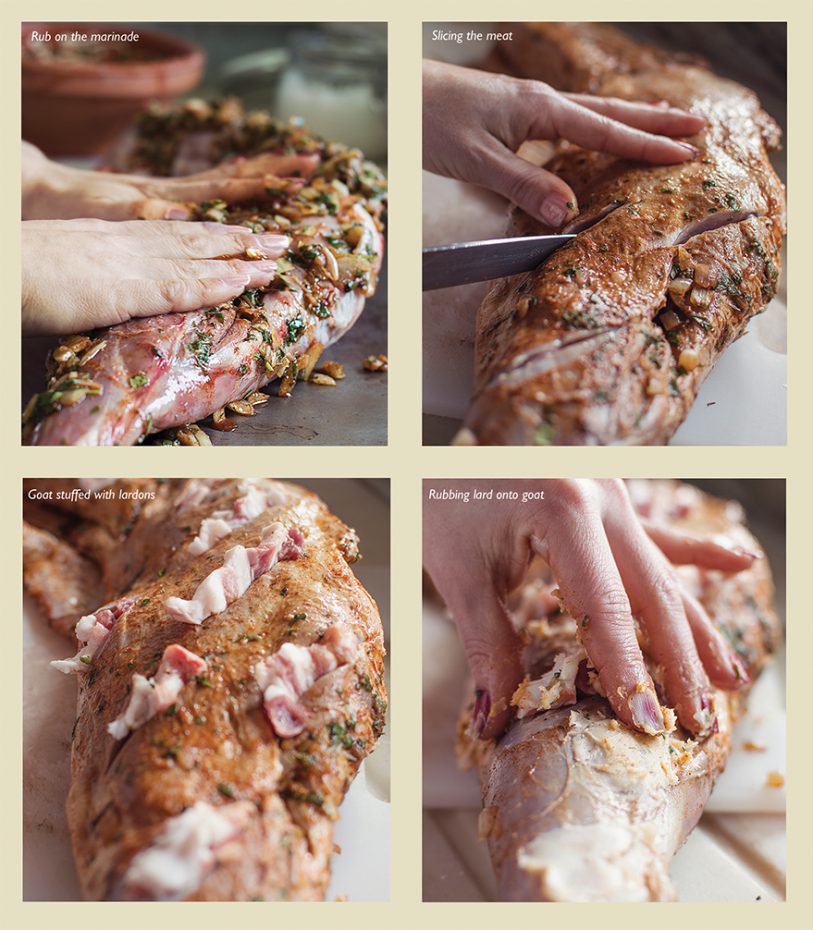 This dish is designed for a big family get together and in Portugal it’s cooked for Christmas and Easter time. If you are cooking for less people all you need to do is reduce the amount by half.

The dish is also frequently cooked using two different types of meat, lamb and kid. Lamb will come out juicer as the animal itself has more fat content, but a lot of people prefer it with kid and it’s actually more common, so we’re going to stick with tradition. At the end of the day the choice is yours.

The dish has to be started on the day before by making a marinade and spreading it over the meat, so grab a pestle and mortar or a food processor and pulp up the garlic, onion and salt and transfer to a bowl. Add the parsley, the vinegar, the pepper and the paprika, mix well and use this paste to rub all over the meat. Place in the fridge and let it rest till the next day.

On the day you are roasting the meat remove it from the fridge and shake off the majority of the marinade.

Make some cuts along the meat and stuff them with the lardons. Rub the lard all over the meat.

Choose a large roasting tin and if you have access to some bay branches use them to make a kind of a grid where the meat will sit and keep the meat off the bottom. 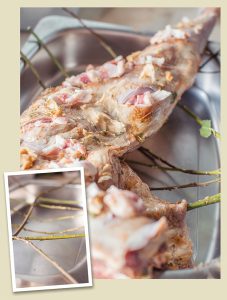 Tip #1:  If you don’t have access to bay branches use a couple of onions sliced in half, placed under the leg.

How to make the Rice:

During the last hour of the cooking process it’s time to make the rice.

Fry the onions in the lard until they are transparent. Add water, salt and the chorizo and allow it to boil.

Meanwhile, wash the rice and measure the volume. Place the rice in an oven proof dish with tall sides.

Once the meat is cooked and the rice cooked remove from the oven and serve.