Now in its fifth year, Buglife’s UK wide oil beetle hunt is helping us to understand and conserve these impressive and intriguing insects. Their large, glossy, black bodies tinted blue or purple, long fat abdomens and stunted wingcases make them almost unmistakable as they amble along on the ground. 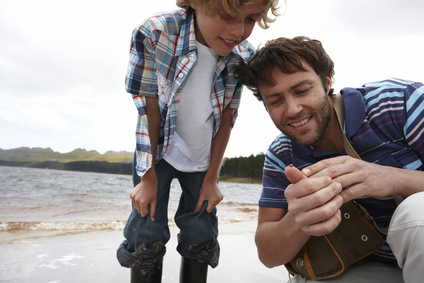 We have five species of oil beetle in the UK, three of which can be found here in Wales.

Now is the ideal time to look for the black oil beetle (Meloe proscarabaeus), the violet oil beetle (Meloe violaceus) as well as the rarer rugged oil beetle (Meloe rugosus). Check footpaths when you are walking through fields, heathland, coastal areas or woodland where they can be found looking for mates and nesting sites, and feeding on path-side flowers.

If you find an oil beetle, take photographs from above which clearly show the top of the thorax (mid-section) to identify the species using our onlineidentification guide. Then submit your record using the recording form on our website. You can submit a record even if you do not know the species. 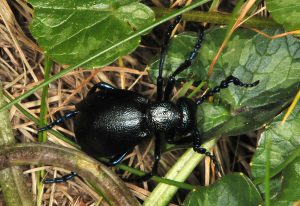 Your records of oil beetles help us to target conservation efforts to protect important populations of the beetles and the bees they rely on. They also help us make ground breaking discoveries. Already, the project has led to the discovery of many new sites for oil beetles and the rediscovery of the Mediterranean oil beetle (Meloe mediterraneus) in southern England after we thought it was extinct in the UK! What species will you discover in Wales?

Buglife Cymru Conservation Officer, Clare Dinham, said: “Oil beetles have been hit by the double whammy of flower-rich habitats disappearing from our countryside and a drastic reduction in populations of wild bees – upon which the beetles depend to complete their life cycles.

“With the public’s help we can get a better understanding of where oil beetles are in Wales, helping our efforts to conserve these incredible insects.” 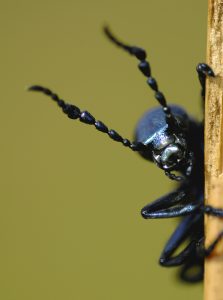 To record your oil beetle sightings and to learn more about these fascinating insects visit Buglife’s oil beetle hunt page.

In Wales the oil beetle hunt is supported by the Welsh Government.