KEEP RENOVATION WASTE OUT OF LANDFILL WITH A FREE APP

Wales has been leading the way when it comes to reducing levels of waste sent to landfill and now a new iPhone app launched in April will help home-owners check that their building waste is being disposed of responsibly. 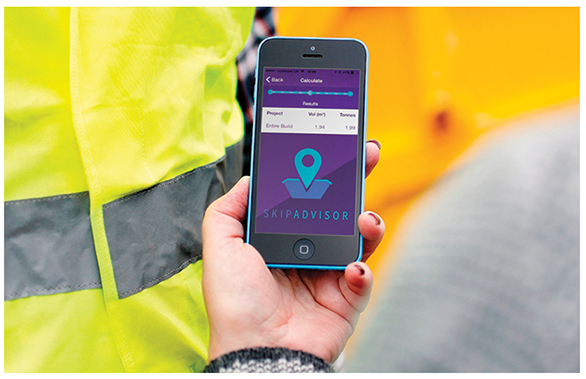 Free to download, SkipAdvisor provides guidance and advice so you can ensure that the person who takes control of your waste is licensed to do so. Created by Constructing Excellence in Wales (CEW) and supported by Welsh Government, SkipAdvisor even helps you and your builder plan what size skip you’ll need, which can save you money as you budget for your home improvement project. 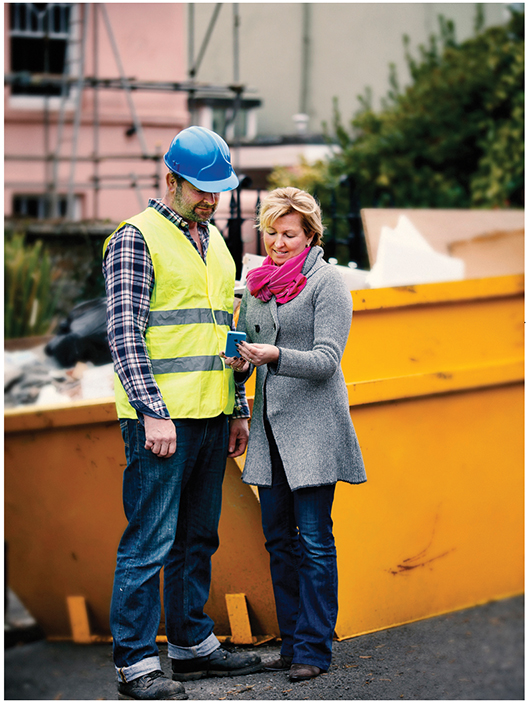 SWANSEA – MEMORIES ARE MADE OF THIS! CARNIVAL CAPERS

Fun and frolics used to be generated in many Swansea communities when carnival time cropped up on the calendar. Then for many years enthusiasm for staging such colourful events and parades waned everywhere. Slowly however there seems to be a resurgence of such happenings, much to the delight of many people. Our peep back in time here shows some of those aboard one of the many floats that took part in Dunvant carnival parade in the summer of 1982. 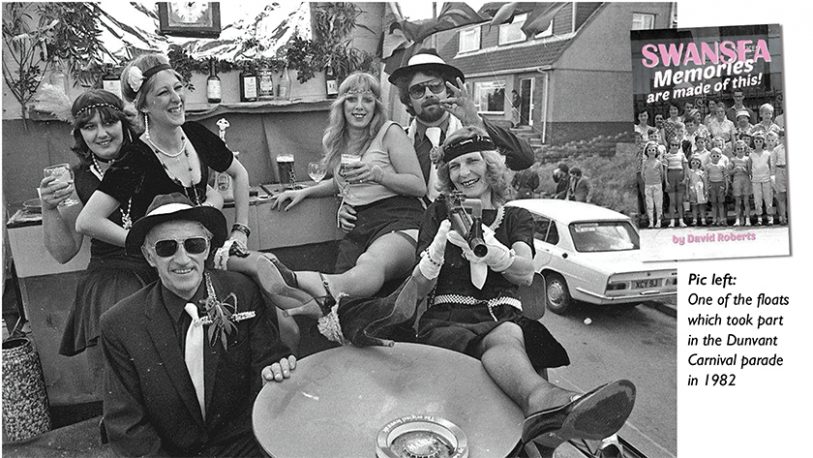 The picture is just one of the many snapshots in time to be found in the 18th book in consecutive years to result from the picture gathering of former Swansea journalist, author and publisher David Roberts. The arrival of his books has long become a date of its own to look forward to in Swansea’s calendar and the latest offering, Swansea – Memories are made of this! won’t disappoint. For details on how to obtain a copy of the book, visit www.bryngoldbooks.com or phone 01639 643961. David is already starting to compile this year’s volume and is appealing for anyone with photographs to contact him as soon as possible on the number above.

Having the word university in the title may have caused debate over the decades but obviously Swansea U3A (University of the Third Age) has been doing something right. 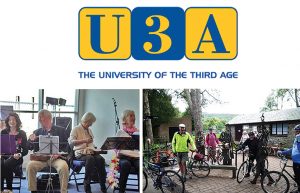 In its 30th year, the organisation now boasts around 1,500 members and almost 90 groups of mixed activities and learning opportunities.

This makes it the largest branch in Wales.

A self-help organisation catering for and run by people no longer in full-time employment, the U3A concept was born in France in 1972. It was imported to the UK several years later and set up in Swansea in 1986 with 30 founding members.

U3A branches are charities in their own right and are run entirely by volunteers drawing upon the knowledge, experience and skills of their own members to organise and provide interest groups.

Apart from the university lecture theatre, there is no fixed headquarters for the Swansea U3A but several city centre venues are used. Some of the most popular groups, for example book groups and creative writing, have duplicated to provide smaller memberships and meet in members’ homes.

Swansea U3A is pleased to welcome local company Sigma 3 as a sponsor during its 30th anniversary year.

Regular advertiser with TheBAY, Claire Thomas director/designer with Morgan Interiors kitchen specialists in Sketty, is justifiably proud of her daughter Poppy 13, who represented Wales in the Wales National U15 Girls Development Squad when they played against Cwmbran and Clydach Boy’s Club. Poppy is also goalkeeper for Landore U14s and also represents West Wales Schoolgirl’s team. 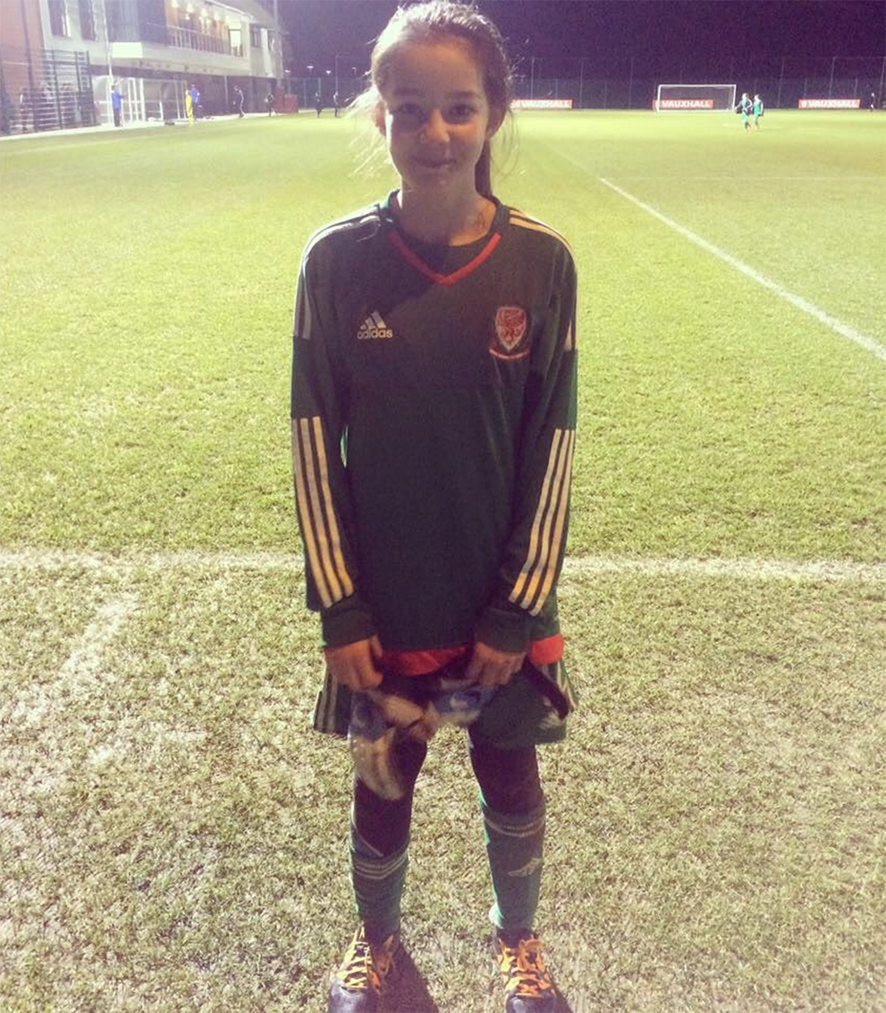 The 1998 West Cross Squadron of Air Cadets is looking to recruit new members. 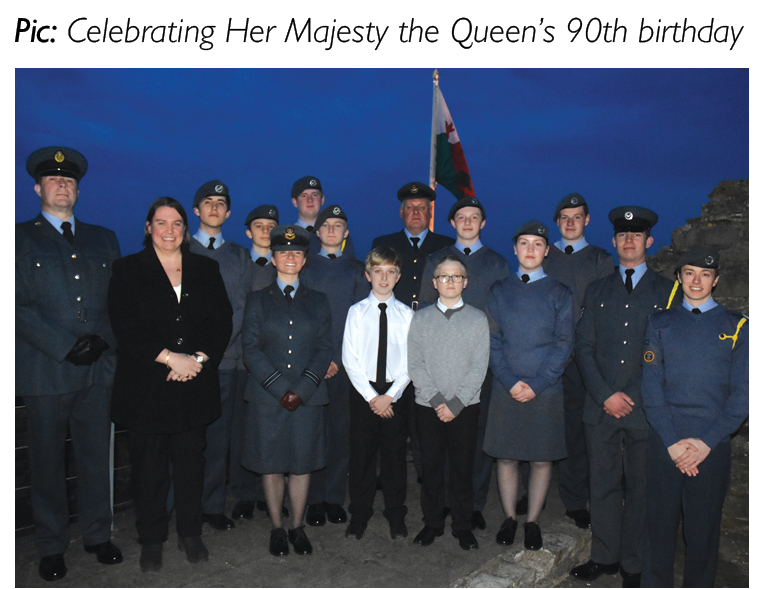 The cadet experience is open to everyone, no matter what your nationality, background, ability, or whether you are male or female. If you’re between 13, or at age 12 when beginning school year 8 and 17 years old you are eligible to join.

Aside from flying, sports, target shooting, adventure training and great fun, you will find that being an air cadet brings its own rewards.

To find out more contact the squadron by email at adj.1998@aircadets.org