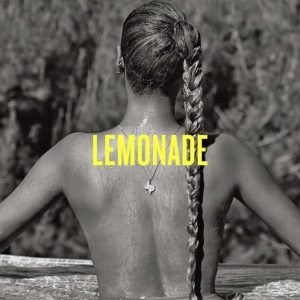 BADGER’S album choice for June is all about infidelity. The title apparently comes from the saying ‘if life gives you lemons – make lemonade’.

OOH look Beyonce released an album that nobody was expecting!

There’s a whole new way of hyping an album and that is by not telling anyone it’s coming out  – or so Beyonce’s PR team would have us believe. Each song is accompanied by a very sexy video which is probably why she and her team have been solely working on it for 18 months.

The subject matter of the album teases us with the great debate of whether her hubby Jay Z is cheating on her. The influence of the baselines is a nod to Michael Jackson. The quality of the production is magnificent.

If you’ve ever been cheated on, then the subject matter will be spot on. Think of this more as a movie with a soundtrack that rocks and it will be much more enjoyable. Listen to it though and it will be somewhat more hum-drum. Ooh and the explicit lyrics mean it’s a no no for the school run.