Bouchon de Rossi in Oxford Street has been on my to-do list for many months. I’d heard very good reviews on this classic Lyonnais restaurant, and so I ventured down on the off chance that they may have a table available. It was a Tuesday evening, so I fully anticipated an empty restaurant – I could not have been more wrong, the place was full but for one table. Luckily for me, someone had booked a table but failed to turn up – how very rude, how long does it take to pick up the phone?

Bouchon is the name given to a typical French restaurant serving food in the Lyonnais style, typically cuisine rich in meat and hearty sauces. The menu certainly reflected this although there were a few dishes suitable for pescetarians and vegetarians.

The Langoustine Thermidor was served in a scallop shell and completely met my expectations. It was gloriously rich; big fat langoustines in a creamy lobster and mushroom sauce, topped off with melted cheese. I began to understand why so many people have told me that they reserve Bouchon de Rossi for high days and holidays – several tables around us were occupied by parties celebrating birthdays – you simply wouldn’t be able to eat like this every day of the week.

Too often when pates and terrines make an appearance on a restaurant menu, they have obviously been bought in – they have the grim tell-tale signs of having been extruded from their packaging and sliced before being presented on a plate with a couple of lettuce leaves and a bread roll. Here the chicken liver pate was shaped into a beautiful quenelle and was as smooth as silk. It was accompanied by a deeply rich onion chutney and the thinnest, crispest slices of real Melba toast.

Since we had embarked on this dinner of luxury and decadence – diets always start tomorrow – we continued in a similar vein with a fillet steak in Madeira sauce. As expected the steak was tender and the sauce, glossy and slightly sweet with the addition of the wine. I chose the lemon sole St Germain in the vague hope that it would be a little lighter, and it was. The fish was encased in a crispy crumb and surrounded by a light white wine and garlic sauce. The addition of Lyonnaise potatoes was quite unnecessary but did make a lovely accompaniment.

All around us, diners tucked in with gusto, to desserts and plates of cheese – we wimped out after two courses.

The Gin Festival came to Swansea for the first time in April, so it seemed rude not to pop along and show willing.

I was with friends and we were a party of four – there were over 100 different gins on offer, so we armed ourselves with our complimentary goblets and a straw and selected one each. Fortunately the festival organisers had produced a booklet full of information on all the gins that were available, along with a bit about each of the producers. The bar staff were equally clued up and ready to suggest the perfect mixer to accompany each gin – it wasn’t a simple case of adding a splash of tonic. Fever-Tree who produce a fine range of mixers, had partnered with the Gin Festival and provided unlimited supplies of Indian tonic water along with the more unusual flavoured, Mediterranean and elderflower tonic waters.

Some of the gins had a floral note, whilst others were spicy – it was certainly the place to find out which were our favourites. We sampled eight between the four of us, maybe next year we should make up a bigger party and see if we can try them all.

Gin Festival.com is the baby of husband and wife team Jym and Marie Harris. It began in 2012 when they realised there was no festival out there that reflected their own deep love for gin, so they started one themselves. From humble beginnings (the first event had only 150 people) Gin Festival.com has grown massively alongside the UK gin market and now hosts events for 4000 people over two days.

Gin Festival.com founder Jym Harris added: “We absolutely love gin, so we started these events because we thought other people would want the same as us. We’ve been overwhelmed by the positive reception and it’s been fantastic to see so many people rediscover this amazing drink.”

Hopefully Gin Festival.com will return to Swansea next year as I have another 92 to try. 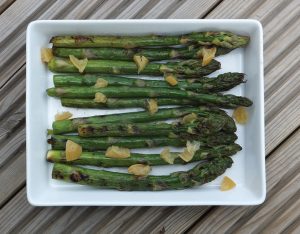