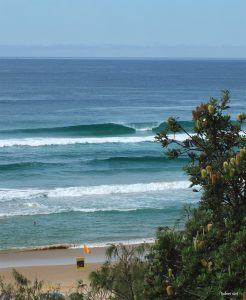 This week was fun. On the Monday it was Anzac Day, a day to remember those who died at war “Lest we forget”. I woke up at 3:30amto get to the dawn service for 4:20am. The service contained speeches from war veterans and people who were in the forces. It was a nice thing to attend – just not at 4:20am. Then after the dawn service everyone vacated to the local RSL (Returned and Services League – a support organisation for service personnel in Australia) where the bar opened at 5:30am! This was the weirdest thing I’ve ever done, drinking pints at five in the morning. The day continued as you can imagine – and there was a lot of alcohol consumed and the hangover started to kick in around 3 in the afternoon.

I also went back up to the northern beaches and scored some absolutely pumping waves. A frame of peaks with perfect barrels and only five guys out, if I was back home it would probably have 50 people on it and you’d have to be in a wetsuit.

Towards the end of the week I surfed north Cronulla on my log, the swell had dropped and so had the winds so it was perfect waist to shoulder high peeling left handers. I was surfing with a local ripper called Jake Bevan and his dad Justin Bevan who is the owner and editor of Foam Symmetry (an Australian based surf magazine) Jake is such a nice humble guy who absolutely shreds with the most stylish surfing you’ve probably ever seen. That day was probably one of the best days of surf I’d had in Sydney. 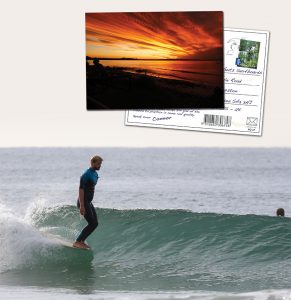 My time had come to an end in Sydney after 4 long weeks. It was time to say goodbye to my brother, who I’d only just met up with again after 2 years, and head back up north, to Noosa. I was heading back up to Noosa because I had been offered a job in Maroochydore, which is 20 minutes from Noosa. I didn’t start work till the Wednesday so I had a few days to kill and what’s a better way to kill time than by surfing world-class point breaks?

I left Sydney at 4am on Saturday morning, I then arrived in Noosa at 7pm. A 1200km drive in one day, 15 hours of driving allowing for stops. I was exhausted but still managed to go out for a beer when I arrived. Winning!

I surfed all day Sunday and Monday and the surf was really good; the crowds were very thin which was amazing as before I left it was stupidly busy. Finally Wednesday came and I was starting work as a sander/ polisher with board manufacturer Mitch Surman, MS Surfboards. The boards he makes have big concaves in the bottom of the boards along with some crazy channels, so sanding these boards was pretty difficult as I’ve never had to sand boards like these before. I finally got to grips with it – so things are on the up!

I have now worked for MS for a week and I have learnt loads of new techniques, which is really good! It’s always good to expand your knowledge with more tips and techniques especially if it makes the job easier and better.