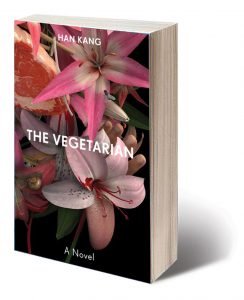 The Vegetarian, a novel by Korean writer Han Kang, translated from the Korean by Deborah Smith and published by UK imprint Portobello Press, has been judged the winner of the Man Booker International Prize for 2016. Han Kang triumphed over two Nobel prize-winning and four other high-calibre contenders.

Since the review of this prize-winning novel was published in TheBAY nearly a year ago, I thought readers would appreciate the opportunity to read it in full again:

The Vegetarian by Han Kang Translated from the Korean by Deborah Smith (Portobello Press £12.99) First Published in the July 2015 issue of TheBAY Magazine

I am not so blasé as to hide my pleasure in reading my first South Korean novel, written by Han Kang in Korean and set in Seoul. The rather lurid cover depicts a spray of pinkish lilies, interspersed with pieces of meat and body parts – not unlike the famous Lady Gaga dress. And yet the issues the novel addresses are familiar to us — anorexia, child abuse, fragile marriages, broken families…..

But here the similarities stop. Kang reveals a glimpse of an unfamiliar world peopled with exotic characters whose reactions to the situations presented are not always predictable, created as they are by cultural, historical and sociological diktats strange to us.

The Vegetarian deals with young Seoul housewife Yeong-Hye’s sudden aversion to eating meat and her aggressive expression of this new disgust – she throws all the food out of the house and bans the entry of meat into their home, to the surprise and annoyance of her husband Cheong. Hospitalisation for anorexia, torrid sex with her brother-in-law and the Mongolian birthmark that triggers a great deal of lust all add up to a narrative as arresting and bizarre as it is familiar and mundane.

The Vegetarian succeeds in endorsing the commonality of family traumas — and simultaneously, in underlining the ethnic distinctiveness of human responses to the same social stimuli. (No, this is not gobbledygook. Read it slowly and note how strong a thought it expresses)

The Vegetarian is a true reflection of our diverse milieu; I believe each reader will experience mixed feelings of familiarity and utter incomprehension, a duality essential in a work of genuine creative expression. 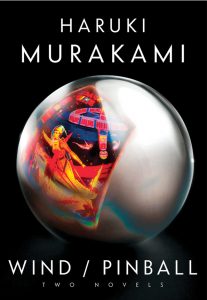 Wind Pinball by Haruki Murakami Translated from the Japanese by Ted Goosen (Vintage £8.99)

Multi-award winning Japanese litterateur Haruki Murakami’s first ever novel Hear The Wind Sing has at last been translated into English and published along with its sequel Pinball 1973 under the combined title Wind Pinball nearly four decades after its conception.

In a rare introduction Murukami describes his early work as ‘kitchen table’ writing, because he wrote in hours snatched from running his coffee shop in Tokyo. Hear the Wind Sing was Murakami’s very first attempt at writing, the result of an epiphany he experienced at a baseball game.

After many tries at finding his voice, Murukami took the unusual decision to write the opening passages in English on his Olivetti typewriter and translate them into Japanese in longhand. The experiment worked and in this award winning debut novel, Murakami “achieved a creative rhythm distinctly my own….. In the process, inevitably, a new style of Japanese emerged. The style that would be mine.”

Though Murakami’s love affair with Western culture is evidenced in his novels — some with very European titles eg. Kafka On The Shore and Norwegian Wood and with frequent references to Western classical music and literature —- his sophisticated and complex novels completely reflect Japanese thought and philosophies.

Murakami’s novels are a combination of the poetic and the surreal, both attributes the early signs of which are clearly evident in these two debut novellas. Both are ‘rites of passage’ novels, portraying a young protagonist ‘me’, his friends the bartender J, a rich fellow student the Rat, an assortment of girlfriends and his quest for the Spaceship pinball machine. These two novellas provide a rare insight into contemporary Japanese society and are highly recommended. 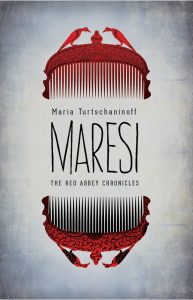 Maresi is a fantasy story of female independence set in what appears to be a pre-Christian era. The Red Abbey is a remote island sanctuary strictly for women — no man ever sets foot on its shores except to deliver supplies and new recruits. The Abbess is known far and wide for providing a refuge for young girls who have suffered famine, privation and abuse. The well-structured community is self sufficient and determined to maintain its female hegemony; as for the novitiates, they receive food, shelter, education and a strong sense of purpose for the first time in their lives.

But a dark day comes when this idealistic bastion of feminism comes under attack from the furious male relatives of the brutalised young refugee Jai, a novitiate smuggled into the Abbey by her terrified mother.

In Maresi, the first of the Red Abbey Chronicles, Finnish novelist Maria Turtschaninoff puts the question of whether the only hope for a safe existence for women is a life of physical, spiritual and emotional isolation. Maresi is a fantasy tale with a very real contemporary relevance, especially for modern teenagers seeking answers to the eternal conundrum of female defensiveness.

Is gender segregation the price that must be paid to safeguard women and girls from male exploitation and brutality?

I, personally veer more towards proficiency in self-defence martial arts.