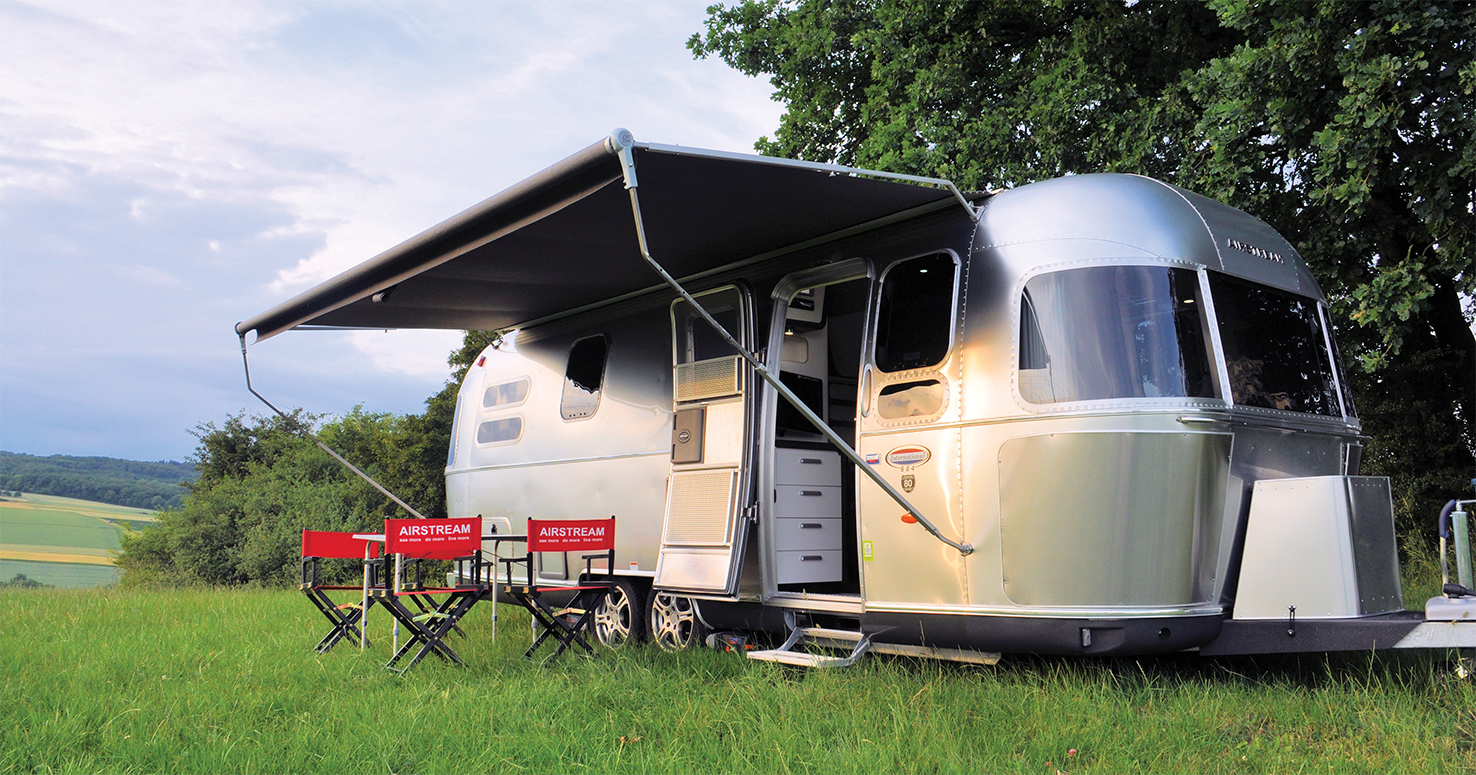 It’s a long time since I last had breakfast in an aluminium trailer in Cumbria. Twenty-five years or so ago on a cold November morning I bought a bacon sandwich and a polystyrene cup of luke-warm coffee as I made my way into the Grizedale Forest to watch the RAC Rally. An enterprising local farmer had set up a barbecue and an evidently unreliable boiler in the back of a livestock trailer, and as the crowds of bobble-hatted spectators passed he was doing a roaring trade.

Fast forward to now and although the views of Grizedale and The Lake District are little-changed, myimmediate surroundings, although still of the twin-axled trailer kind, certainly have. Breakfast today was prepared in the kitchen of an Airstream, the coffee – steaming hot and fresh I hasten to add – from a cafetiere. The chocolate croissants from the fridge were splendid. The only evidence of any livestock in this particular trailer is the leather covering the seats situated under the front window, and the duck-down used to stuff the duvet and pillows upon the bed in the suite at the rear. You could eat your bacon sandwich off the floor in this trailer.

At 2.5 metres wide and over 8 ¼ metres long, the Airstream 684 International is the epitome of pure aluminium-clad Americana. Packing 4 berths, a three-burner gas hob, two tvs, an oven, climate control, a DVD and surround-sound system and, Praise the Lord, both a hot shower and proper loo, this icon of the open road, I’m relieved to report, certainly lives up to its reputation as the “Ultimate Travel Trailer”.  And, as someone who is more often than not of the opinion that caravans are a blight on both the landscape and the open road (apologies if you’re a Caravan Clubber, but I’ve been stuck behind you too many times), the truth is I probably wouldn’t have trekked to Windermere in the first place if it didn’t. Honestly, I’ve slept in lesser equipped and far less comfortable hotel rooms, but let’s not go there.

It’s 85 years since the first Airstream, designed by Wally Byam, hit the highways of L.A and it’s over 50 since they were first imported into the UK. Today they’re built in Ohio and, thanks in part to their durability and construction, over 70% of all those constructed are still in use. They’ve become part of modern culture. OK, so they’re caravans, but they’re so effortlessly cool. Google Marilyn Monroe, Steve McQueen or James Dean and it won’t be too long before you find a picture of them standing in the doorway of an Airstream. You’ll never be able to say that about a Swift, a Sprite, an Adagio, or whatever other ironic name it is that adorns what is in effect a glorified British-built fibre-glass 2-berth porta-potty. The residual values of Airstreams are strong as a result of such iconography, not to mention the recyclability of their core materials – aluminium, wood and steel. 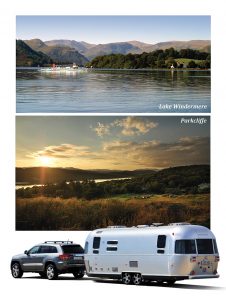 You’ll need deep pockets if the 684 International takes your fancy though. You’ll need a pretty substantial tow car too. Weighing in at 2.1 tonnes unladen and with a similarly hefty £65,690 price tag before options and import costs (“my” International 684 came in at over £85K and was towed to site by a Land Rover Discovery) buying an Airstream is something not to be taken lightly: It’s a serious investment. But, potentially, it could last you, your children and your children’s children a lifetime. Just think how cool it’ll look then.

If all caravans were like this there’s a chance, maybe, that I could get used to this. Who knows? Next time I’m in Cumbria or wherever for that matter, I may be able to finally say those immortal words: “If anybody wants me, I’ll be in my trailer”.

Many thanks Peter Adams at Samuelson-Wylie Associates for the loan of the Airstream.

Many thanks also to everyone at Park Cliffe, Windermere.