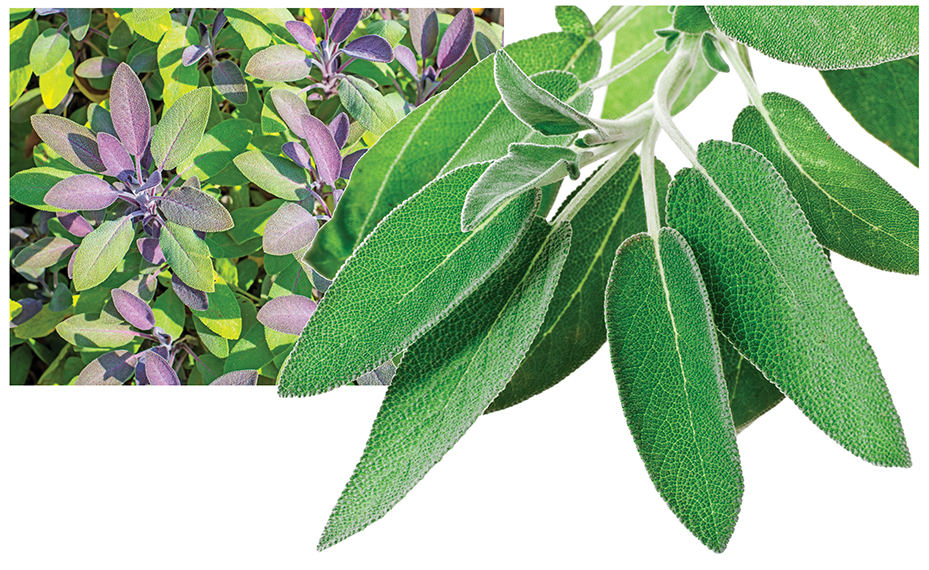 Today the mention of sage is likely to evoke thoughts of Sunday roast with stuffing, but this garden herb has so much more to offer, as is revealed by its illustrious past.

Wisdom and old age are the themes woven into this herb’s healing history. The ancient Greeks considered Salvia to bestow immortality, partly due to its ability to cure so many ailments; it was also thought to have the power to enhance inner wisdom. With a reputation for strengthening the brain and bringing clarity to the mind, it was used as a rejuvenating tonic and a primary ingredient in prescriptions for longevity – elixirs of life.

The Romans considered the herb sacred and prized it so highly that the harvesting of the leaves took place as a ceremony; the harvesters were cleansed and barefoot, they wore white robes and used tools made from bronze or silver rather than the more usual iron.

The name ‘Salvia’ comes from the Latin word ‘salvare’ meaning to save or to cure and ‘officinalis’ relates to its place in the ‘officina’ of a monastery, where herbs and medicines were stored. At other times the herb was known as Salvia salvatrix – ‘sage the saviour’.

The herb was popular in the Middle Ages and was one of the ingredients of ‘Four Thieves Vinegar’ – a blend of herbs that was said to help ward off the plague. There is an old British proverb, ‘He that would live for aye (forever), must eat sage in May.’ (Though June would probably be as effective!)

Sage is a powerful antimicrobial, which could certainly have made it a lifesaver in the past. Its influence on immortality remains to be proven in controlled trials, but research has found great benefits from Salvia for many conditions, including Alzheimer’s disease; it enhances mental alertness and can help prevent ailments that come with age. 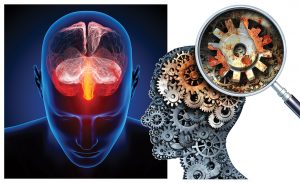 The number of people with dementia in the UK is steadily increasing, one in six people over 80 years old has dementia with 60,000 deaths per year attributable to the disease.

However, it is estimated that only 44% of sufferers ever receive a diagnosis; Alzheimer’s disease is the most common form of dementia.

Previous studies have found a link between diabetes and Alzheimer’s disease but recent research has indicated that high levels of blood sugar results in the accumulation of plaques of a specific protein in the brain, known as betaamyloid1. These plaques have been linked to the development of Alzheimer’s disease.

A diet of unrefined foods, with a generous proportion of fresh fruit or steamed vegetables with each meal is a great way to keep the body’s blood sugar balancing mechanisms functioning optimally.

Another factor in the development of Alzheimer’s involves the presence of a specific enzyme (acetyl cholinesterase), which degrades brain chemicals vital for transferring signals. The essential oils contained in Salvia officinalis have been shown to inhibit the activity of this degrading enzyme. One randomised, double blind clinical study found that salvia was effective in the management of mild to moderate Alzheimer’s disease2.

There is rarely one factor involved in a complex disease. Dementia and cognitive decline is often a gradual process, but old age need not be associated with disease and disability. Expectations play a role in our wellness as we age, if we expect to be well and fit, then we are more likely to tackle any illness or concerns that arise, doing what it takes to feel vitalised once more. 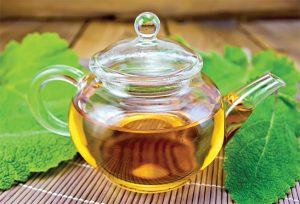 In one study, Salvia was compared with sugar, chewing gum and a placebo for improving mental alertness in the afternoon. Twenty four volunteers took tests in the morning to measure their alertness, that afternoon they were randomly prescribed either chewing gum, fudge, a capsule contain-ing Salvia officinalis, or a placebo capsule. They were then re-tested for their alertness, with results showing that only the Salvia capsules improved their performance.

To make delicious Salvia tea, use one tablespoon of fresh sage leaves to one mug of boiling water. Allow to infuse for 7-10 minutes with a lid covering the cup (or in a teapot) to prevent the loss of essential oils. Add a little raw honey to taste. The tea is also beneficial for sore throats.

Sage contains thujone which could be toxic in excessive quantities so don’t over do it! 1-2 mugs per day will reap the benefits. Avoid in pregnancy, breastfeeding and epilepsy.