24 Hours on the Island of Eternal Spring 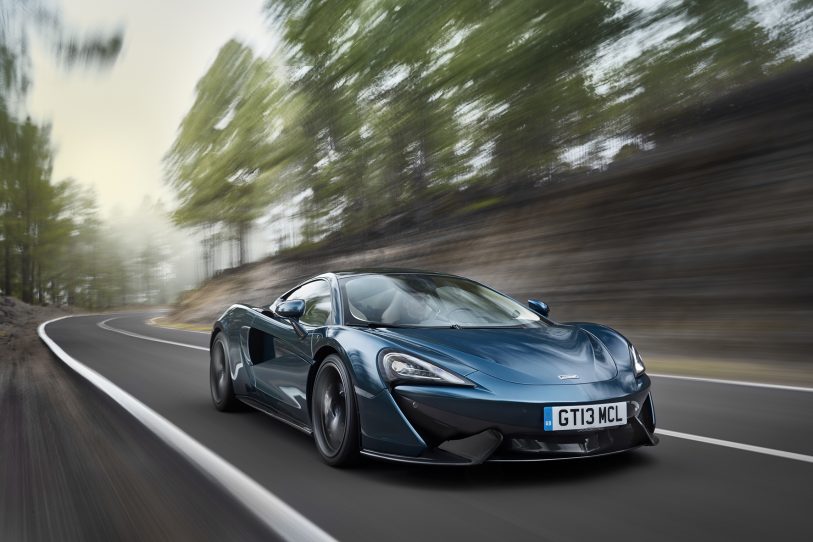 Certain invitations are simply too good to refuse.  “Would you care to join us…?” read McLaren Automotive’s email “for the launch of our all-new 570GT next week. We’ll be based at the Ritz Carlton Abama – in Tenerife” 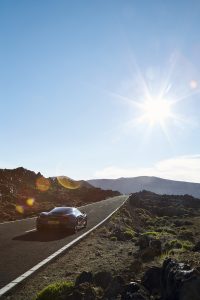 Well, they did ask me nicely.

A couple of days later and I’ll admit, I’m still trying to fathom why me exactly?

I found myself shuffling through Manchester’s airport security and boarding Flight FR433 to Tenerife South, driving license carefully packed. I’d be on what’s known as the Island of Eternal Spring for just 24 hours. Still, at least the 4½ hour flight would give me time to gen-up a little on Woking’s most famous motor manufacturer.

Founded by the prodigiously talented Kiwi racer and engineer Bruce McLaren in 1963 McLaren need little introduction. They’ve won nearly everything they can; numerous F1 driver’s and constructor’s championships, Can-Am series, Sebring, Le Mans… the list goes on.  In 1992 their Gordon Murray designed F1 road car re-wrote the super-car rule book. Just 106 were made, and if you want one now – if you can find one for sale that is – you’ll need incredibly deep pockets. Nevertheless, right from the very start 570GT vision was that his company would make cars for the road as well as racers. McLaren Automotive have been doing exactly that since 2010.

The 570GT is their latest creation. It sits at the top of their Sport-Series range and is, they claim, their most useable car to date.

In the metal, or should I say super-formed aluminium, it appears smaller than you might think. There’s nothing unnecessary in its design, no silly big wings, no spoilers; nothing’s there simply for the sake of it. In places it echoes McLaren’s P1 hypercar – its rear lights especially so – and yet in certain colours it achieves both discretion and elegance.

It’s also the first McLaren to feature things like a glovebox, and door pockets for your bottled water and sundries. The flying buttress design of both the 570C and 570S, the other members of the Sports Series range, has been replaced by a hinged, glass, rear hatch which opens grand piano style, towards the kerb (the hinge location is determined by whether your GT is right or left-hand drive). It opens to reveal an extra 220 litres of luggage space on what McLaren calls the Touring Deck. Together with the small trunk up front the 570GT packs the same storage space as a Ford Fiesta. But perhaps that’s where that particular comparison both starts and ends.

McLaren’s engineers have also lowered the sills by 80mm and applied their expertise to the trademark dihedral doors. As result the 570GT is also the easiest McLaren to thread yourself into.

Once aboard you’re greeted by a cabin that eschews the usual McLaren carbon-fibre trim and instead replaces it with thick and subtle soft leathers. 8-way adjustable seats and a powered steering column make for superb driving position and a panoramic roof makes things feel light and airy, as does the deep windscreen. As per the exterior there’s nothing in here that doesn’t need to be. All of the infotainment is taken care of by the I-phone-esque touchscreen, and hoorah, for once there are no distracting buttons on the heavily-sculpted thick-rimmed steering wheel.

Engine on? Check. Air-con on? Check. Sat-nav on? Check. Optional (and magnificent sounding) Bowers and Wilkins 12 speaker hi-fi on? Check. Sunglasses on? But of course! Time then, to pull that soft-close door down and explore this volcanic island.

Up the hill, first right, and out onto the motorway.

The first thing that strikes you is just how refined everything feels. The ride is taut, but it’s also compliant. Spring rates for the 570GT have been reduced by 15 per cent at the front and 10 per cent at the rear. It’s also surprisingly quiet; there’s a quieter exhaust system to that of the other Sport Series cars, and specially developed Pirelli P Zero tyres, which incorporate their own internal noise cancelling system, have been fitted. You really could drive this thing all day long.

Seconds later you begin to discover just how quick and precise everything feels. 0-62mph takes just 3.4 seconds; 0-124 just 9.8. On the twisty mountain road that doubles as a stage for the Rally of Tenerife and literally leads you right up through the clouds towards the Mount Tiede Observatory the 570GT reveals itself as a bonafide sportscar: It is scalpel sharp. There’s little if any body-roll in the corners, and superb traction when exiting them.  A lightning quick 7-speed gearbox and 562bhp work together perfectly, their mission being to catapult you and your passenger (in my case The Telegraph’s Motoring editor Erin Baker – no pressure!) towards the next hairpin, whilst the swooshes, whooshes and sighs of the 3.8 litre V8’s twin turbos together the automatic throttle blips increase the sense of occasion. Mercifully the brakes, steel in this case rather than carbon ceramic, inspire confidence – the drops off the side of the TF24 are as awe-inspiring as the way the 570GT covers ground.

After a lunch – McLaren kindly supplied a Fortnum and Mason hamper to show off the GT’s increased carrying capacity of course! It’s time to guide the 570GT down the other side of Mount Tiede via more hairpins, more heart-stopping drops, and more of Tenerife’s surreal and multi-coloured volcanic lava-flow scenery. Sadly, as Mclaren’s PR says, time flies when you’re having fun.

It’s time too for me to catch my flight back to reality.

At £154,000 the 570GT makes many a Ferrari (The F-Word! They’re McLaren’s rival both on the road and the track) feel expensive, and weighing in at just 1,350kg, thanks in part to McLaren’s mono-cell carbon-fibre chassis, it makes the similarly priced and similarly swift Audi R8 V10 Plus feel like a tank. Whether the 570GT will ever become as revered as the Porsche 911 Turbo, with which it will inevitably compared, remains to be seen. But, it took Porsche over 50 years to perfect their rear-engined icon and both Ferrari and Audi have been doing this kind of thing for years too.

Ponder over that for a second or two. It makes what McLaren Automotive have achieved in just 6 all the more astonishing.

Many thanks to Wayne Bruce, Adam Gron, and everyone at the McLaren Automotive for the loan of the 570 GT. Thanks also to the Ritz Carlton, Tenerife