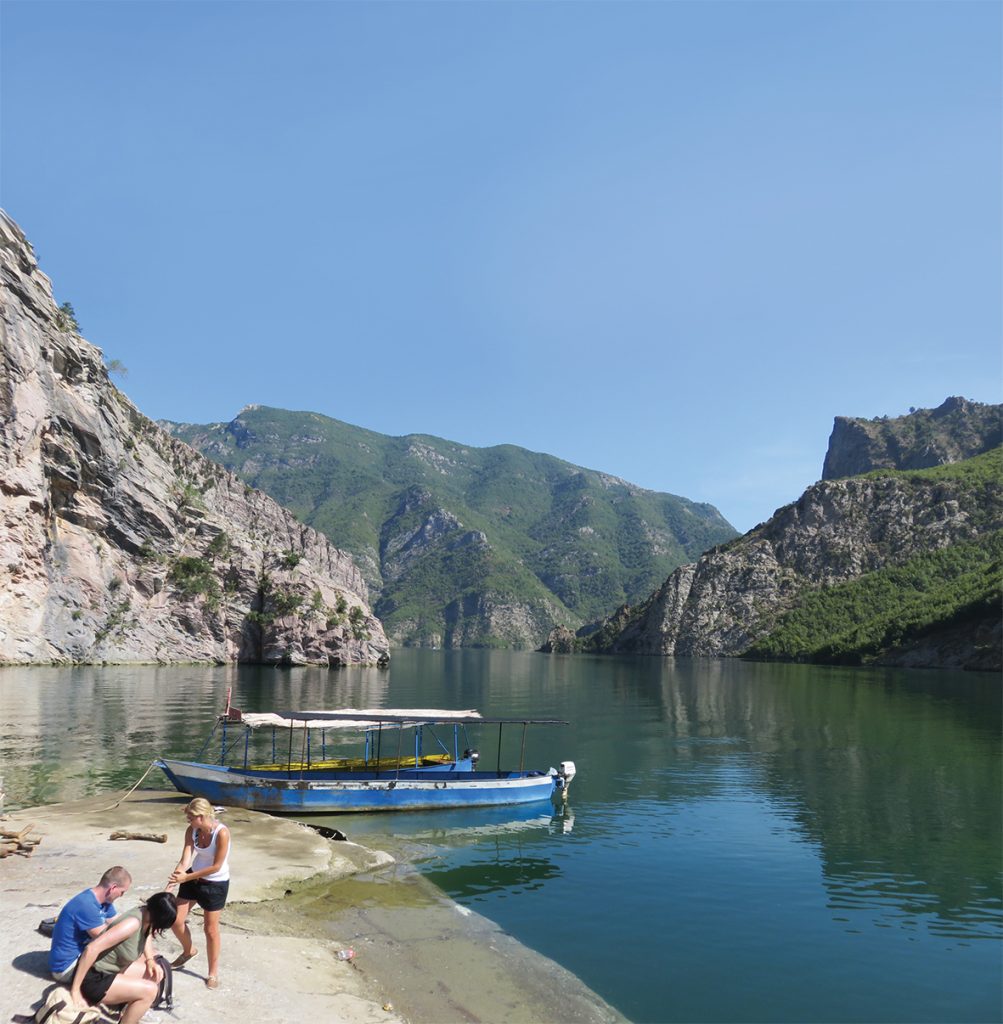 Waiting for our boat on Lake Kamani

“How would you like to go to Albania?” Inge my partner asked one evening in spring. “I’m game,” I replied, trying desperately to remember where Albania actually was. “We could fly to Croatia first and then make our way south, flying back via Corfu” she said.

We arrived in the northern city of Shkodër via a bus trip from Montenegro. In the planning this had looked to be a bit tricky as there was little information linking Albania with other countries, and what there was seemed contradictory at times but, in the event the link was straightforward. The bus driver helped us find a taxi to take us to our hotel which was a short walk from the centre. and we were met by a youthful manager, Mario who made us very welcome. The hotel was family owned and run by three generations, including the grandmother who was head chef. All the food was fresh, including the chicken which, after glancing out of the restaurant window, we saw being caught for us! Shkodër is a good setting off point for the Komani lake trip, allegedly the most impressive ferry trip in Europe. 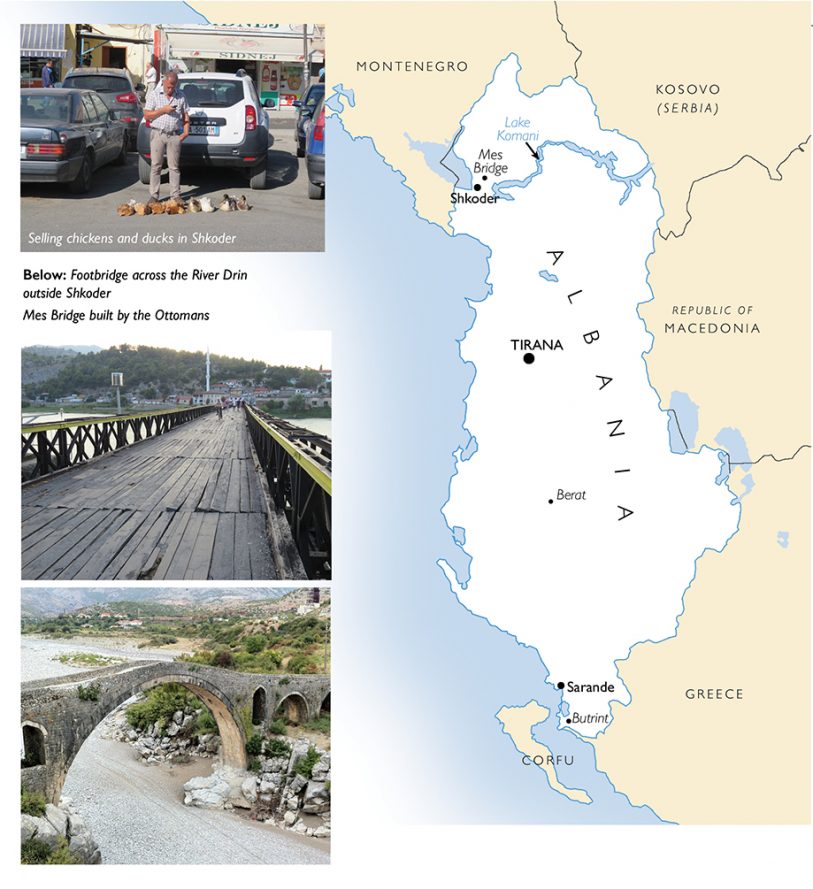 We were a bit uneasy about hiring a car as we had read that the roads in Albania were full of potholes, and that the drivers had unique ideas about road etiquette. Rail travel is not an option as the stock is decrepit and the lines are overgrown in the most part. Aside from coaches linking the main cities, most travel is via minibus, whose drivers park up on the outskirts of town and shout out their destinations. Once they have enough passengers to make the trip worthwhile, they head off, usually picking up more passengers on the way, who have made contact via mobile phone. We also had trips in private cars, operating the same system. It’s both cheap and an effective way to get round.

On one trip a fellow passenger gave us a bunch of grapes!

We eventually overcame our unease and hired a car in the capital Tirana to continue our journey south to Sarande. There are two things to mention about driving in Albania. Firstly road surfaces vary enormously, from very smooth, to non-existent, along with truly massive potholes. Secondly the roads are occupied by every form of motorised vehicle, push bikes, and pedestrians – frequently all at the same time! Amazingly we never saw a single collision, and soon adopted the Albanian method of crossing a road which involves a severe glare at the car driver and an iron-strong belief that they do not want to knock you down. Car horns are used with alacrity – not in anger, but warning.

Highlights include the mountain town of Berat, with its castle perched high up on a promontory, and the Roman remains at Butrint, both of these sites are World Heritage Sites.

In the north the scenery is breathtaking and our trip on Lake Komani was undoubtedly a highlight of our trip. There were about twenty of us on the little boat which chugged its way along the water. We saw houses scattered on the sides of the flooded valley. As we continued our journey the height of the surrounding mountains – part of the Dinaric Alps, became higher and higher, reaching some 2,500 metres in height. Sometimes it looked like we were steaming towards a dead end only for the channel to do a sharp turn in front of sheer cliffs several hundred feet high. Every time we thought the mountains couldn’t get any higher, they did. We left Albania at the southern city of Sarande, catching the daily ferry to Corfu, a journey of around two hours.

Would we go again? You bet. The countryside is breathtaking and the people, without exception, were friendly and welcoming. We were left with memories of very genuine hospitality, and a very beautiful country, as yet undiscovered by large tourist groups.