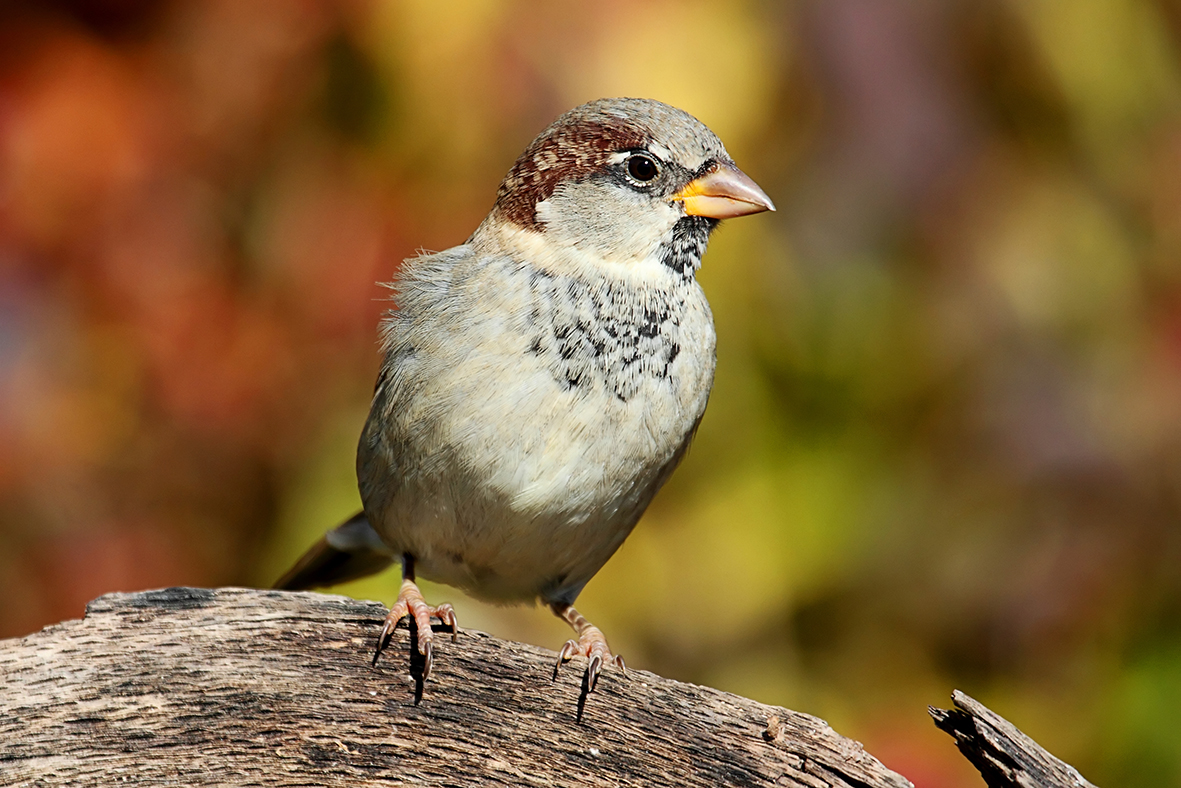 Young birds are leaving the nest and becoming independent this month, so you may well see fledgling House Sparrows among the birds visiting your garden. Pairs of this species mate for life and often return to the same nest site each year. As the name suggests, House Sparrows are closely associated with human habitats, often living close to (or even in) the homes of people. Whilst the stout bill is designed for eating seeds, young birds are fed on insects. The crown and nape of adult males is grey, the sides of the head are brown and a wide black bib extends down onto the chest. Dominant males have larger bibs. The back is a warm brown, streaked with black, with a few white wing feathers. Adult females, and the juveniles of both sexes, are a light sandy brown with brown and grey streaks on the back and wings. Look out for House Sparrows enjoying a dust-bath; the precise reason for dust-bathing is unclear but it probably removes stale preen-oil and other debris from the plumage.

Did you know? House Sparrows have been recorded living and breeding in coal mines. The more feathers there are in the nest, the more eggs the female will lay. They are adaptable at finding new food sources and have been seen plucking insects from spiders’ webs and dead insects from cars. The Welsh name is Aderyn y To, literally ‘bird of the house-top’.

How to attract them to your garden: This is one species which doesn’t turn its beak up at cheap seed mixes – they have a preference for grain. They feel more comfortable feeding as a group, so hang your feeders close together. They will also eat peanuts (always feed from a metal mesh feeder) and kitchen scraps.

Conservation status: Red. The House Sparrow population has roughly halved in recent decades in both rural and urban areas. Various causes for the decline in urban areas have been suggested such as loss of nest sites under roof tiles; increased predation; increased competition for food from species such as Woodpigeon; and fewer insects due to increased use of pesticides in gardens. House Sparrows are a seden-tary species, so the reasons for their decline in rural areas could be quite different.

Garden BirdWatch data show that the rate of decline has been more pronounced in London and South-East England than in Wales and Scotland.

Make Your Garden Count! If you enjoy watching the birds and wildlife in your garden why not take part in BTO Garden BirdWatch – the largest year-round survey of garden birds in the world? Please contact me for your free enquiry pack.