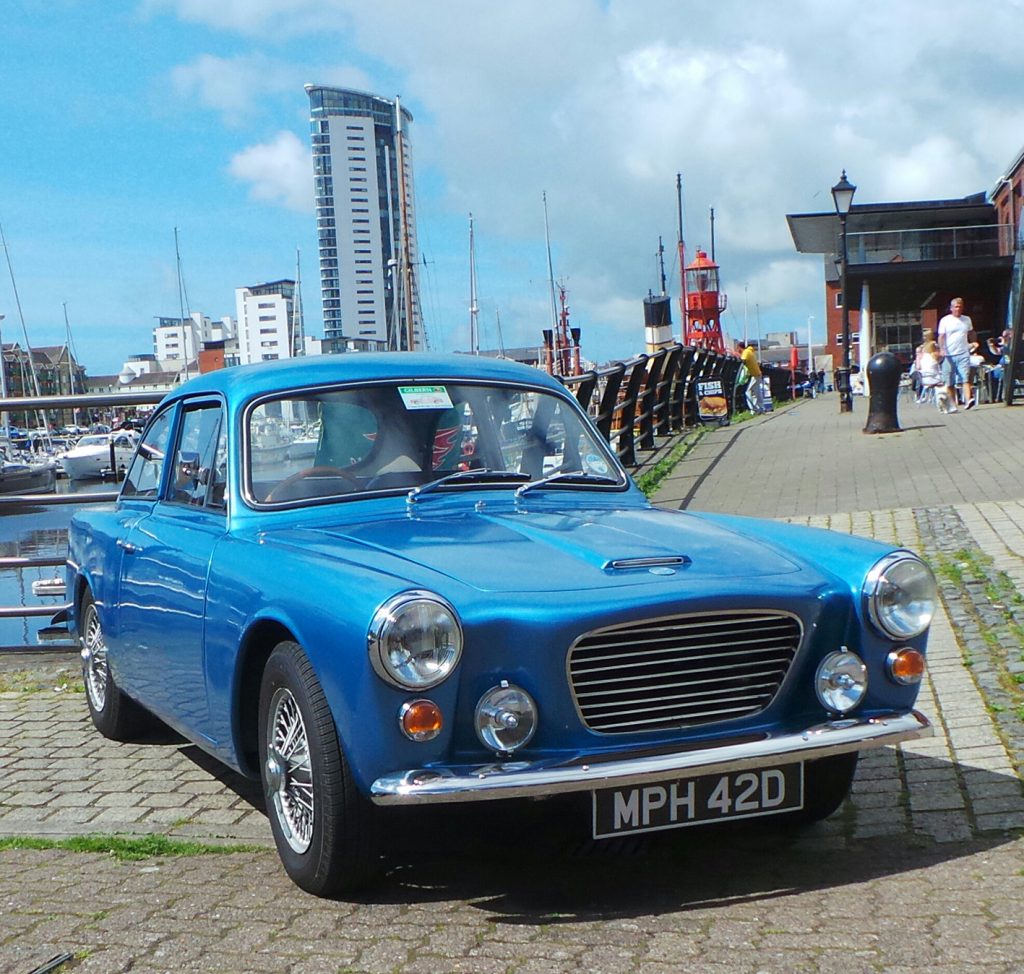 The sun shone on Gilbern Day

The Gilbern Owners Club, which was founded in 1969, held their 47th National Day event at the National Waterfront Museum on Sunday 3rd July. Cars came to Swansea from all over the UK, the furthest travelling 345 miles from the North East of England. The club has nearly 600 members, testimony to the longevity of the glass fibre bodywork and the craftsmen who hand-built the cars at Llantwit Fardre, Ponypridd. 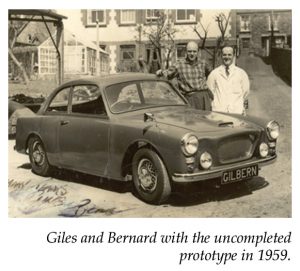 In the mid-1950s the car was the brainchild of Giles Smith and Bernard Friesse who were both motoring enthusiasts. They combined their first names for their enterprise, and in 1957 produced a prototype in a one roomed garage loft in Church Village.

They later took over a factory premises and went into commercial production with over 1,000 being produced until 1973 when the company folded.

Over forty Gilberns turned up on the day, looking splendid in the sunshine. The ‘Concours’ cars – the ones who wish-ed to be judged for the many club prizes on offer, were situated in the museum garden. That left about 30 cars that more or less filled Dylan Thomas Square.

To be eligible for the Concours competition, cars must be registered to paid-up members of the Gilbern Owners Club, be fully road legal and be driven to the event! They were judged on the bodywork, interior, engine bay, chassis and on how much of the original car was still in place. 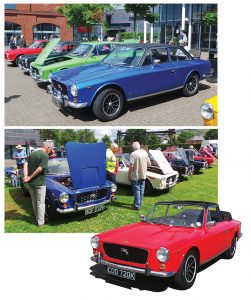 The National Museum of Wales has a long standing affiliation with the club and indeed has three Gilberns in their collection. Two of these made the trip from the museum stores in Nantgarw to be in Swansea for the event – a Gilbern GT (1966) and a Gilbern Invader (1972). Along with the cars the museum showed a compilation of films featuring the cars and a talk by Martyn Morgan Jones, the author of the soon-to-be released book about the history  of the Gilbern.

The annual national event comes home to Wales about every four years and with many of the members commenting on the welcome they received in Swansea and the beautiful setting on the Marina, hopefully they will return again and again.