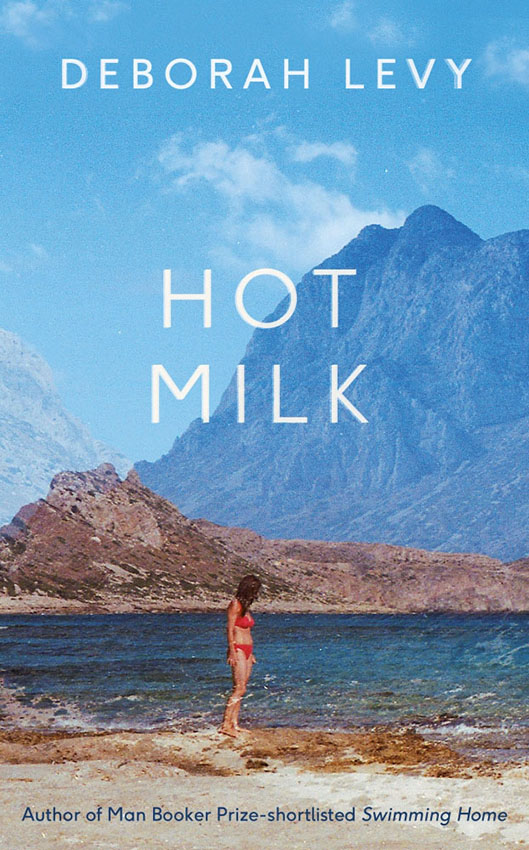 Award-winning playwright, poet and novelist Deborah Levy is known to readers of this column for her 2011 Booker short-listed novel Swimming Home. While this submission did not win, Levy has gone on to achieve even greater sophistication in her writing.

Hot Milk, Levy’s 2016 offering, is the complex story of a hypochondriac mother Rose and her submissive daughter Sofia who seek help from the specialist Dr Gomez at his renowned and expensive clinic in Almeria, a small seaside town in Southern Spain.

The beautiful Sofia is an anthropologist and a barrista in their native London. She is stung by a jellyfish as she swims in the warm sea as a distraction from her querulous mother and is rescued from her pain and her boredom by a medical attendant stationed on the beach to research the problem.

Sofia’s attention is then demanded by the bisexual Ingrid and her boyfriend while she tries to negotiate the unorthodox instructions of the inscrutable Dr Gomez, her mother’s erratic demands and the re-entry of the callous Greek father who walked out on his little family when Sofia was a child.

Under no circumstance is this immersive narrative simple and linear. Against a backdrop of a Greece and a Spain traumatised by the uncertainties of the Euro-inflicted economic crisis, Levy’s spiky, unpredictable characters play out a scenario of personal interaction that is unusual and innovative. As an example, good British Sofia is upset about Pablo’s angry, howling Alsatian that is chained all day at his diving school, and manages to coax Pablo to free the dog – which promptly disappears to the relief of all his neighbours. Similarly, the relationship between Gomez and his patients is heavy with unspoken judgements and diagnoses—particularly when he is under investigation for his treatments. 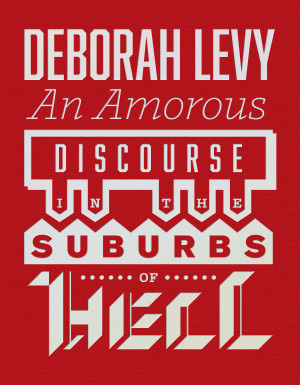 Deborah Levy’s disturbing narrative poem An Amorous Discourse in the Suburbs of Hell is one of her early works, first published in 1990. The dialogue is between a fallen angel and an accountant, their fragile relationship unfolding in a poem written with extraordinary beauty and unsettling perception.

She says: i have come/ to save you/ from the suburbs of hell/ to rub my skin/ against/ the regularity of your habits/ to bend your thoughts/ like a spoon/ to find your memories/ lost in software

And ate all my daffodils/

I woke up/ To your/ Starry tattoos/

Fingers/ Tangled/ In your hair/

I asked/ You/ To stay

Quite lovely, eerie and earthy at the same time: An Amorous Discourse is a longish poem, an urban fable person-ifying the age-old argument between the values of the mundane and the ethereal, the known and the unknown, the extraordinary and the commonplace. It is gratifying to note that Deborah Levy is now recognised as a serious player in the contemporary literary scene. 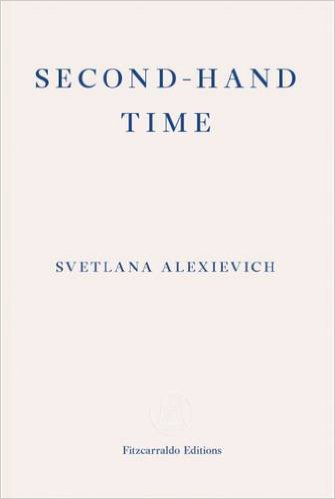 Political dissension has been the leitmotif of the best-known Nobel literature laureates from Russia: Aleksandr Solzhenitsyn, and Boris Pasternak for example, were both severely critical of Stalinist brutality and repression. In Second-Hand Time, the fifth in her series of post-Glasnost, post-USSR books, Svetlana Alexievich, this year’s Nobel laureate presents unusual non-judgmental insights into the mind and attitudes of the modern Russian.

Second-Hand Time is a non-fictional collection of interviews with a broad spectrum of denizens of modern Russia revealing attitudes and sentiments some of which are quite startling. Readers in the free world of Western culture find it quite staggering that many of the survivors of the years of Soviet slave labour camps, empty shops, endemic deprivation and savage wars are actually nostalgic about the cruel Stalinist years.

Alexievich examines the confusion of modern Russians who seek an identity, who need to replace the cultural vacuum created when the horrors of Stalinism and the stupidity of forcing citizens into a rigid communistic mould were eradicated by the famous liberal head of state Mikhail Gorbachev with his new pro-capitalist diktats.

Alexievich has been criticised for her work being more documentary than literary. ‘Her book is lacking the strong political appeal of anti-communist or anti-socialist ideology,’ comments Dr Alexei Moozyckin, author of the Russian prize winning treatise Cognitive Poetics.

‘Alexievich abstains from suggesting any meaningful exit from the paradigm of war inflicted upon the person by the evil state, and this somewhat destroys the inherent value of her writings.’

Readers in capitalistic societies will however, find that Alexievich’s skilful interviews reveal the state of the Russian nation today as vividly as Solzhenitsyn revealed the brutality of Stalin’s communist state. Alexievich talks to once-powerful retired military men, party apparatchiks and ordinary citizens as they express how they are learning to deal with new concepts such as commercial freedom to run a private business and the emergence of the moneyed oligarchs.

We hear the real voices of very real people: the interviews reveal their true feelings in honest statements and are in no way fear-filled party spin or communist diktats.

The Nobel prize is awarded to outstanding authors whose works are witness to the society they live in, a cultural representation of very high literary merit. Svetlana Alexievich meets all the Nobel criteria ably, her writing like a prism shedding light on multifaceted issues. 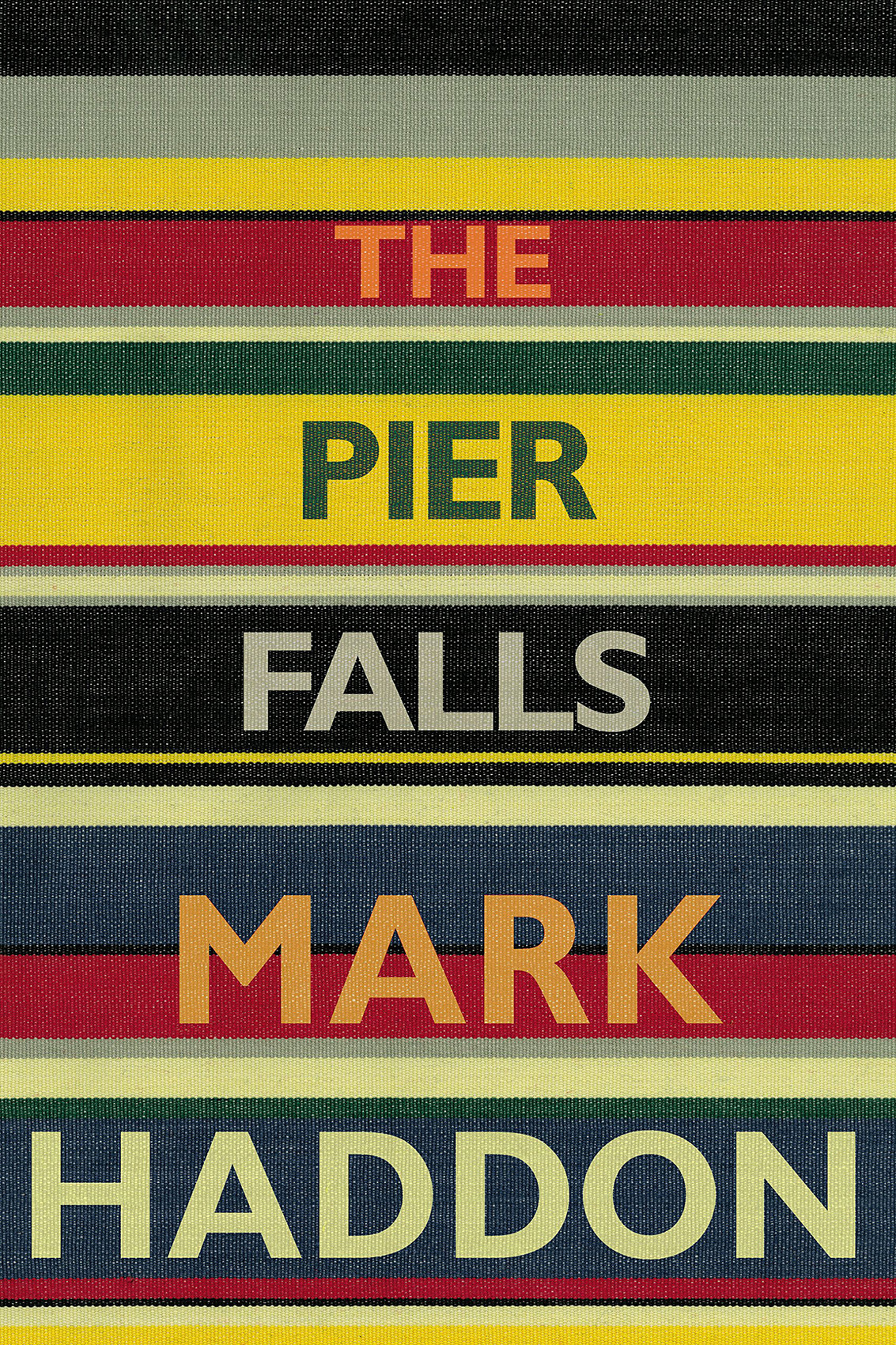 A stalwart of the contemporary literary scene, multi-award winning British author Mark Haddon sprang to fame with his debut novel The Curious Incident of the Dog in the Night-time; this column has faithfully reviewed his subsequent work, most recently the Booker listed The Red House.

Haddon’s latest offering is a collection of short stories, The Pier Falls.

The short story, often regarded as a creative cop-out, a sign of authorial laziness, is in fact a difficult art-form, attempted by many and mastered by few. To me, the short story with its technical constraints — primarily the emphasis on terse narrative and the limitations imposed by its length — can boast of only a few ex-ponents of great literary merit. Most prominent among these are Americans O. Henry and Damon Runyon, the French savant Guy de Maupassant, Jewish Ameri-cans Edith Perlman and Nobel Laureate Isaac Bashevis Singer….From modern Wales we have outstanding short story collections by Briton Ferry – born Craig Hawes and Swansea’s own Jo Mazelis.

Mark Haddon belongs in this list of the best in an exacting genre. In the nine smouldering stories of The Pier Falls, he explores settings as varied as a mystic island, a spaceship, the Amazonian jungle — and closer to home, a smug sub-urban villa and an inner-city block of flats.

The title story describes the events and the reactions of the people on the pleasure pier as it collapses suddenly and horrifically, killing sixty four unfortunates in a few closely descibed hours. Haddon’s narrative virtuosity is on full dis-play, portraying the tragic inevitability of the disaster in vivid and unforgettable images of the dreadful scene.

Each of the stories is representative of the full range of his narrative power, scenarios of sudden violence and frissons of horror merging with empathic explorations of loneliness. There is pleasing evidence of Haddon’s characteristic clarity of diction and hard working phraseology — stylistic elements that help him illuminate a whole life in a short piece of fiction. 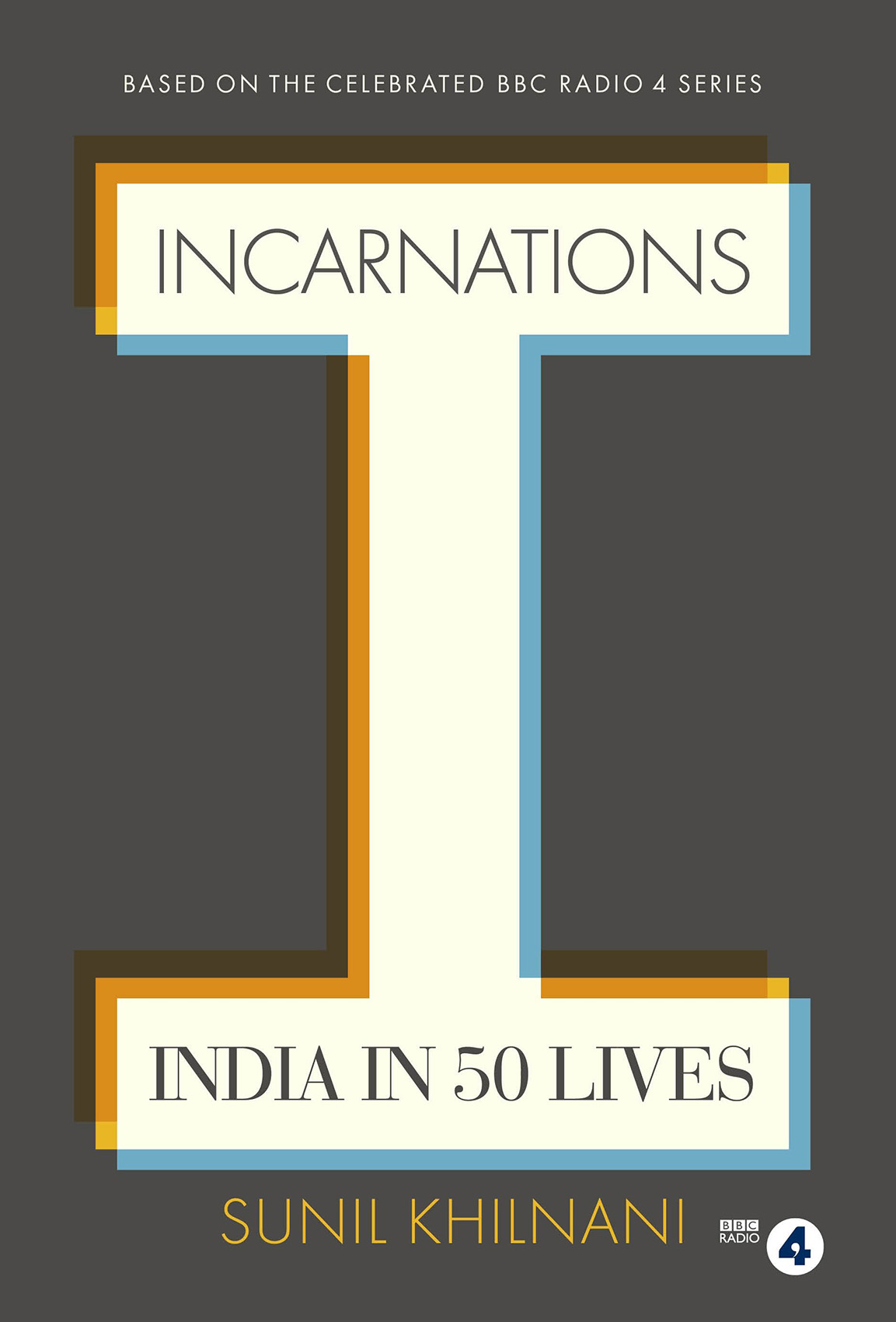 Perhaps the most effective method of portraying the character of a place is through the study of the lives of the people most in-strumental in creating it. One of the best exponents of this genre was Conservative Foreign Secretary Boris Johnson in his Life of London (2011) a book that, in seventeen cogent chapters, told the story of the people who ‘made the city that made the world.’

A Salute to Continuity

Professor Sunil Khilnani, director of the India Institute in King’s College, employs a similar format in his Incarnations: India In 50 Lives, illustrating the development of modern India through the remarkable lives of emi-nent Indians across the millenia.

Incarnations is a salute to continuity. Many of the historical players portrayed are huge personalities instantly recognisable to all, whose philoso-phies still dominate the world —- from Gautama Buddha in 532 BC to influential Mughal and British colonisers and Gandhian freedom fighters, ending with the portrait of a Bollywood star and modern day mega-industrialist D. Ambani.

Swansea readers must not miss the chapter on the 18th century Welsh barrister Sir William Jones, appointed as one of the four judges at the first Supreme Court in the world, located in Calcutta. Jones was responsible for researching and publishing ‘Institutes of Hindu Law,’ a treatise that laid down principles of Hindu jurisprudence still in use today, based on his translation of ancient Sanskrit texts. Jones was proficient in 28 international languages, with the exception of his native Welsh!

Every chapter of Incarnations: India in 50 Lives is sumptuously illustrated and the polished prose, following the style of the immensely successful eponymous Radio 4 series, is relaxed and accessible—following the BBC tenet of being both entertaining and informative.

I recently caught up with an old friend and neighbour, Dr Tom Cheesman, who is Reader in German and co-director of the Centre on Digital Arts and Humanities at Swansea University. Tom is also the founder of not-for-profit Hafan Books, the imprint he runs to raise funds and awareness for Swansea Bay Asylum Seekers Support Group.

Hafan Books has numerous titles, collections of poems and essays written by asylum seekers and by Welsh poets of note like Nia Davies. All proceeds go to the support group.