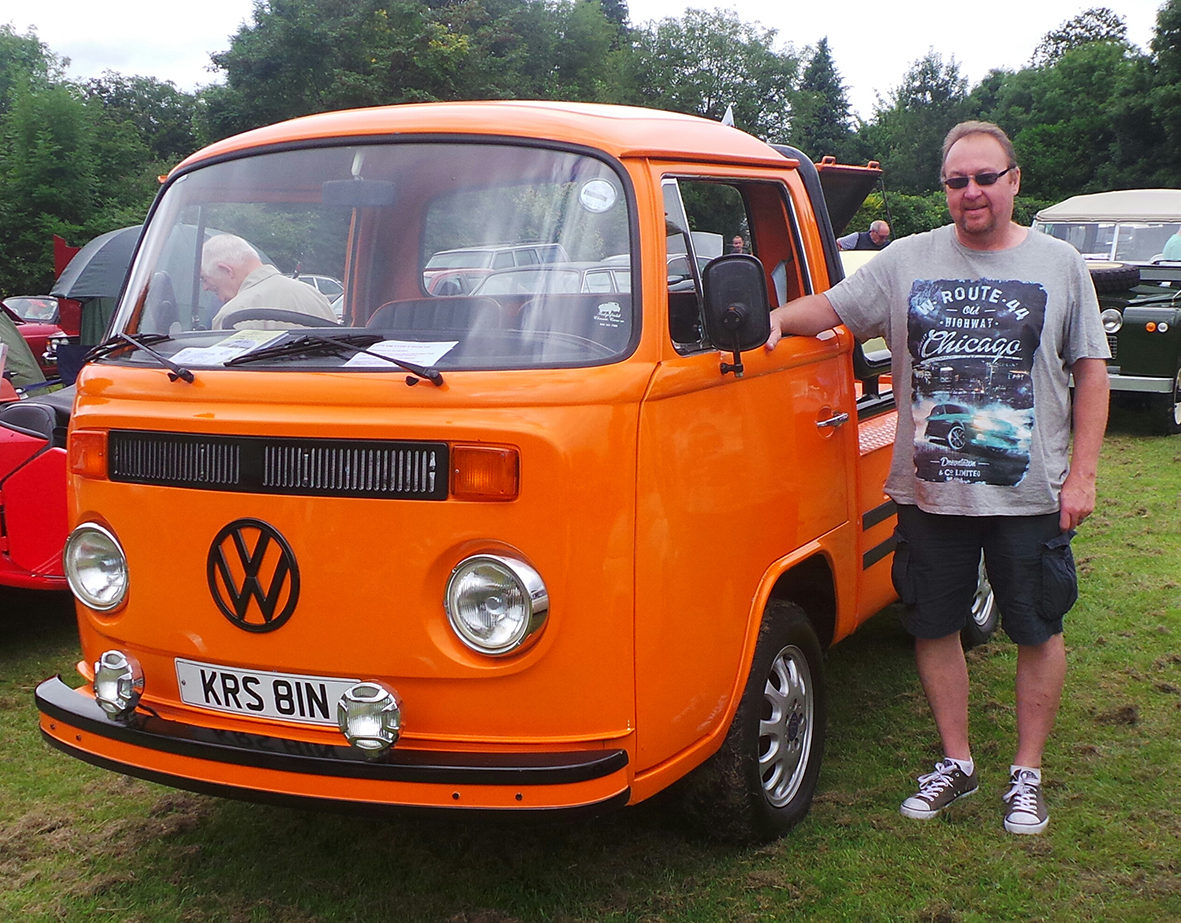 ASHLEY has another great VW for us this month, but this one has a twist in its tail – it’s a pick-up!

Simon Morgan  from Swansea has always loved classic cars and now they are his hobby.

Simon tries to find a classic vehicle that he can use as much as possible while restoring it. Previous vehicles that he’s owned and worked on include three kit cars – a Dutton Phaeton, Dutton Sierra, and a Mev Exocet. Other projects include a Landrover Series 2a, VW Beetle, Citroen 2CV and a VW Trekker.

His latest vehicle is this striking 1975 VW type 2 pick-up originally customized by an engineer in South Africa who made two of these pick-ups. They were shortened by 20 inches with a custom rear flat bed and rear bars and roll bar, to make an eye-catching surf wagon. This one was imported into the UK two years ago (and it has only done 300 miles since then) and the other went to Australia.

“The standard air cooled engines were not suited to the hot climate so following other conversions a water cooled engine was fitted. It now has a 4.2 litre petrol engine from a Toyota Hilux to give extra power whilst staying cool.

“Due to its life in South Africa it has no rust underneath, however there are a few improvements I intend to make including lowering it a little, improving the braking system, a bare metal re-spray, and restoring the interior whilst keeping it a rolling restoration.”