I’ve had a couple of wood burning stoves in various houses I’ve lived in. I love curling up on the sofa in front of a glowing fire on a cold winter’s evening. Now I’ve found a wood burning stove that can also produce a casserole or a cake – how much better can things get? 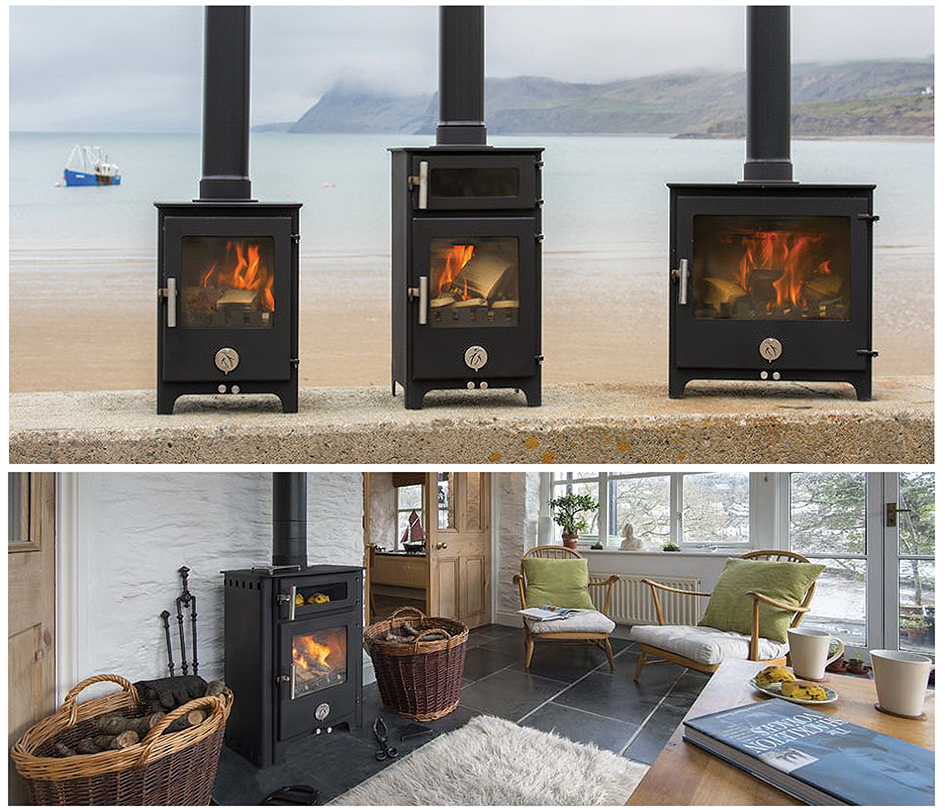 In 2001 Stephen Harman and Karen Harris bought a stove for their first home, they loved the stove but they thought they could make something better. They had a design and engineering background and an idea about a little stove with an oven. From the sketches, they made a wooden prototype and then found a company who could make the parts for it in steel. 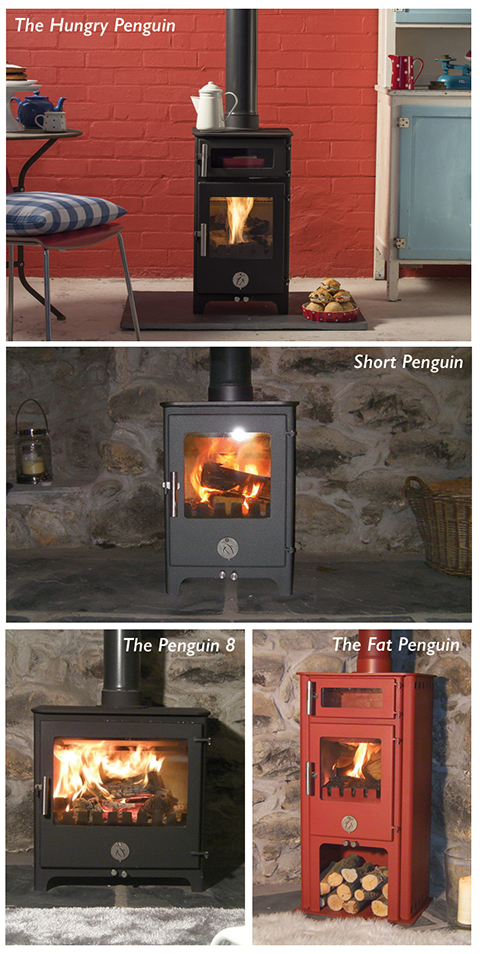 The early prototypes were welded up in their garage and trialled in their house. The parts and tooling outgrew the garage and they got their first premises, an industrial unit in Caerphilly.

They needed a name for the stove, and one of their son’s favourite books when he was little was about a penguin who didn’t like the cold, from that chilly penguin……… Chilli Penguin was born.

The first model had a little oven box on top, it became known as the Hungry Penguin. In 2010 Stephen and Karen moved the business to its current location in the beautiful Llyn Peninsula, near Pwllheli.

The product range now includes the Short Penguin, The Chubby Penguin, The Woody, The Fat Penguin, The Penguin 8, The Eighty Ate, The High & Mighty and of course The Hungry Penguin; 90% of the design and manufacture happens in Wales – 100% in the UK.

They don’t sell on-line but you can see the Penguins in action at Welsh Dragon Fuels and Stoves in the Capel Hendre showroom www.welshdragonfuels.co.uk