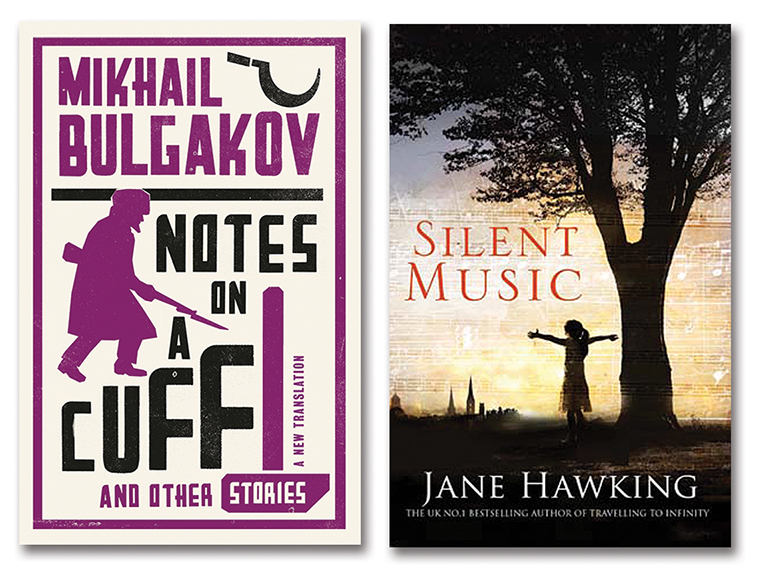 Notes on a Cuff by Mikhail Bulgakov

Translated from the Russian by Roger Cockrell (Alma Classics £7.99)

Like his Diaboliad, Notes on a Cuff is a collection of short stories by the Soviet satirist Bulgakov at his bitter best. In twelve scathing stories, some of which appear in English for the first time, Bulgakov takes acerbic swipes at the crazy ineptitude of Soviet bureaucracy and NKVD (secret police) brutality Notes on a Cuff includes excerpts from his A Young Doctor’s Notebook, recently televised on Sky Arts with Daniel Radcliffe playing the lead in the series. Bulgakov’s books were banned by Stalin and much of his work, including the celebrated The Master and Margarita, was published in Russian and translated into English long after his death in 1940.

Bulgakov’s pitiless humour brings into sharp counterpoint the dreadful iniquities of Red Russia as he exposes the realities of ordinary people’s lives from soldiers to writers, from simple housewives to government apparatchiks, all groaning under the crazed Stalinist yoke. Be prepared for laugh-out-loud situations and Kafkaesque scenes of hap-less citizens coping with idiotic bureaucratic bungling.

Very different is Jane Hawking’s Silent Music, a straight-forward coming-of-age story of little Ruth growing up in London with a frighteningly neurotic mother and a neglectful father who sacrifices his daughter’s well-being to protect his beautiful wife. Ruth survives her childhood by frequent visits to her grandparents who nurture the child’s musical talent ending in a glorious finale as Ruth triumphs in a school concert.

This uncomplicated narrative is excellent holiday reading; Jane Hawking, well known for her memoir of life with her revered hus-band Travelling To Infinity (made into the Oscar-winning film ‘The Theory of Everything’) is a fluid and convincing story-teller. The absence of complexity or subtlety gives the novel a quaint nineteenth-century feel, comparable to the simple, undemanding work of Jane Austen or the Bronte sisters.

It’s Booker-time again! The 2016 longlist of 13 books, or ‘Man Booker Dozen’, for the £50,000 Man Booker Prize was selected from a total of 155 submissions. The UK dominates the list with 6 titles (three of which are from a single publisher, Jonathan Cape!). The USA follows with 4 titles.

The Commonwealth is represented by 2 novels selected from Canada and just one title (by J M Coetzee) representing both South Africa and Australia. There is, however, a marked improvement in the quality of the long-listed titles; following are reviews of some of the most promising titles received in time for this issue.

This notable new novel by Deborah Levy has been reviewed in TheBAY Magazine in the August 2016 issue 75 and is likely to feature in the shortlist. 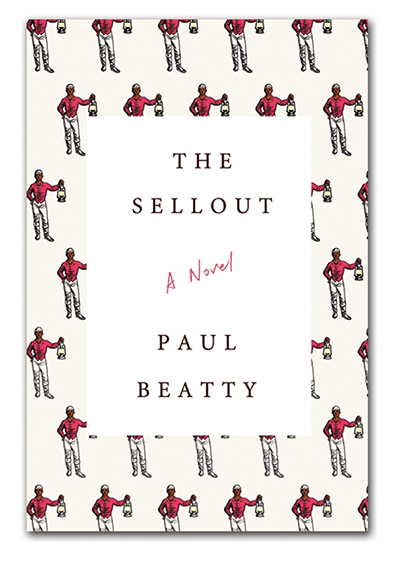 A certainty for the shortlist and a likely winner

The Sellout by American writer Paul Beatty is a story of modern black America, quite unlike last year’s Booker winner Marlon James’ fictional biography of iconic musician Bob Marley — A Brief History of Seven Killings, which was a rather turgid litany of the misery and violence of slum life in Jamaica.

Paul Beatty’s is the sharp and very funny satire of life in Dickens, a black inner-city agrarian ghetto where our protagonist, a black horticulturalist tells us of his frightful childhood, brought up by an unstable single father, a social scientist of some renown. ‘Daddy’ doubles as a therapist employed to calm down hysterical excesses in the local populace brought on by the exigencies of ghetto life.

Our unnamed protagonist is nicknamed ‘the sellout’ because he is unable to conform to the unwritten norms of a deprived black community, living a relatively law-abiding and productive life while growing, as he does, extraordinarily beautiful fruit and unusually potent marijuana in unsalubrious surroundings.

In prose bursting with vigour and vitality Beatty takes us from one mad local community situation to another, till the denouement, when the authorities decide to make the black town of Dickens disappear by removing the road signs and making known their intention to ‘white’ the area with major improvements in housing development, and educational and other amenities.

Paul Beatty’s erudition and literary sophistication is apparent on every ebullient page of this extraordinarily energetic novel. Beatty’s prose sparkles with literary allusions and doses of Latin quotations used with telling effect in a novel that essentially deals with relentless rejection, debasement and abuse dealt out by the majority white society to a minority black community.

Beatty’s rage is sublimated as humour, his unsentimental intellect prevailing over the need for pathos and bitter angst which characterises portrayals of racial discrimination. If you can get over the very frequent use of the ‘N’ word, you are rewarded with a very modern perspective on a centuries-old social trauma. 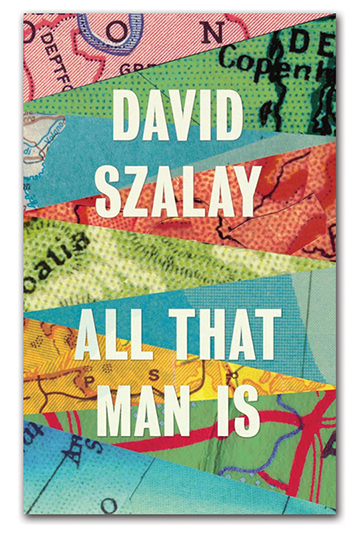 A certainty for the shortlist

David Szalay first swam into our ken in 2013 as one of UK publisher Granta’s Best Young British Novelists, a volume that included the chapter Europa which now reappears in All That Man Is.

Here is the quintessential pan-European novel, as topical as it is possible for a fiction-writer to be. All That Man Is is a collection of portraits of nine European men at different stages in their lives, from student-hood to problematic manhood ending with extreme decrepitude. Some of his characters are rich, some are poor, some are admirable, others are brutes: Szalay runs the gamut of masculine failings and perplexities in a trans-continental work that transcends any artificial political or economic divisions and portrays instead the inescapable homogeneity of the European populace.

There is a strong gender bias: this book is about men, with a passing nod to the insignificant role of the women in their lives, a very daring sociological stance for our times.

Meet the ghastly student Bernard, holidaying alone in a grotty Cyprus hotel ; and Balazs, bodyguard to an East European prostitute plying her trade in London; the distinguished academic Karel, about to callously ditch his pregnant Polish girlfriend… Join Kristian the Danish tabloid editor as he shafts his friend the Defence Minister with an expose of his illicit love affair; and James, the archetypical English estate agent flogging third-rate properties in the Swiss Alps.

None of the men have satisfactory lives; their stories begin well but disintegration looms for all the protagon-ists. In each chapter Szalay follows the classic dialectic of thesis and antithesis—-but the only synthesis is the message that we are all players on a European stage, like it or not.

This innovative offering is fresh and honest, written in a crisp man-to-man style, a quite brilliant jewel in the 2016 Booker longlist. 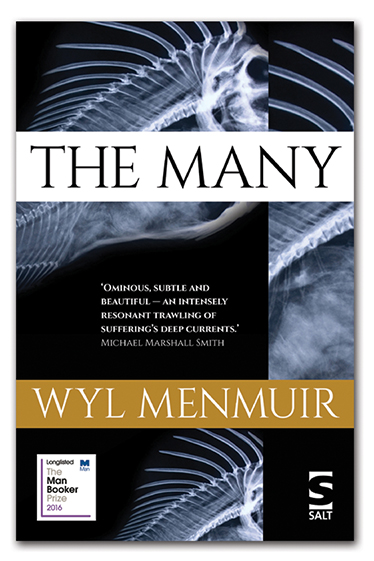 A certainty for the shortlist

An impressive debut novel by Cornwall resident Wyl Menmuir, The Many is a beautifully written saga of the age-old relationship between man and the sea, between the newcomer Timothy and the local fisherman Ethan.

Ethan’s sea is a toxic marine wasteland, a polluted and exhausted sea yielding little of value. The village is equally toxic, poisoned by the dwindleing catch, poisoned by the long line of monstrous dead contain-er ships anchored in the bay, that act as a maritime border, a fishing limit more oppressive than worst of the EU Fisheries directives.

Timothy copes with the hostility of the fishermen and the villagers as secrets unravel and mysterious forces cause the physical disintegration of his adoptive milieu. Timothy’s hallucinatory episodes and dark night-mares create an obsessive scenario suspended between reality and his fevered imaginings.

This immersive novel is arresting and unsettling and a certain contender for the Booker shortlist. 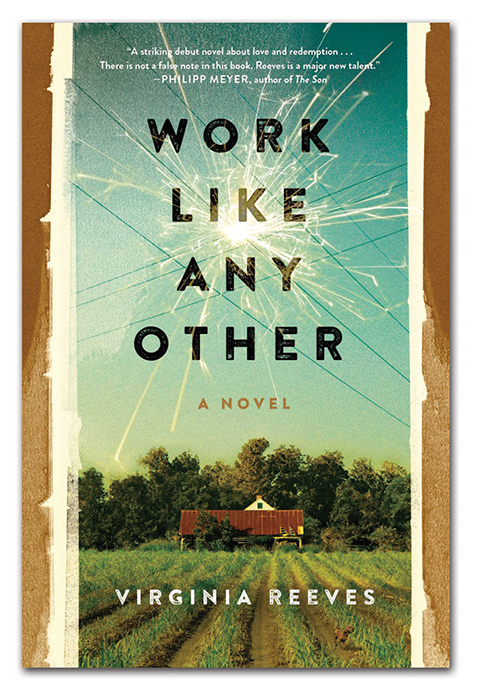 The American novel is making a vigorous appearance on the Booker hustings, with some excellent sub-missions clamouring for a place on the shortlist this year. Virginia Reeves’ Work Like Any Other is set in a dysfunctional household in 1920s Alabama where the protagonist Roscoe has a love affair with electrical engineer-ing, a situation deeply resented by his wife Marie. Roscoe’s attempts to illegally electrify the family farmhouse end in a jail sentence for him and his free black employee Wilson.

This, for British readers, is an exotic backdrop full of novelties and unknowns. In an unhurried narrative of great charm, Reeves describes period family life in early twentieth century America, with fascinating details of Roscoe’s prison experience in the Deep South.

This engaging chronicle of Americana from a forgotten era is unlikely to win a place in the shortlist, but is well worth reading. 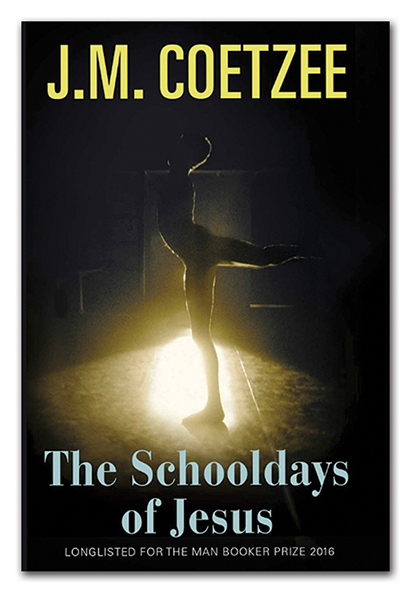 The Schooldays of Jesus by J.M. Coetzee

Nobel laureate JM Coetzee’s latest novel The Schooldays of Jesus is a sequel to his 2013 Booker shortlisted work The Childhood of Jesus, novels which, were it not for the title, would be unrecognisable as having any reference to the childhood of the founder of Christianity.

I should approach this writer with some reverence – he is a Nobel literature Laureate, and a Booker prize-winner twice (though this, alas, is no longer a recommendation). Coetzee is a white South African and usually writes fairly competently about his native land.

The Schooldays of Jesus is, however, set in the mysterious Spanish-speaking settlement of Estrella, where refugees Simon, the boy David and his mother Inez arrive to make a new life after their sojourn in Novilla.

In Estrella David is admitted to the rather dodgy Dance School whose beautiful dance teacher Ana Madalena is murdered by the psychopath Dmitri. It is difficult to understand why this book has been entitled as it is: the boy David seems an unpleasant little brat, spoilt and precocious. Simon does his well-intentioned best to play a positive role in the boy’s development with little success, baffled by the child’s unpredictable likes and dislikes and his hysterical mood swings.

The connection with Jesus Christ, founder of Christianity, remains obscure, especially as apart from a few enigmatic non sequiturs, David does not betray any symptoms of future religious greatness. The Schooldays of Jesus is, nonetheless, an inventive and intriguing novel—it captures your imagination, provoking further speculation about the true nature of this mysterious lost childhood which to the best of my knowledge has never been tackled before.