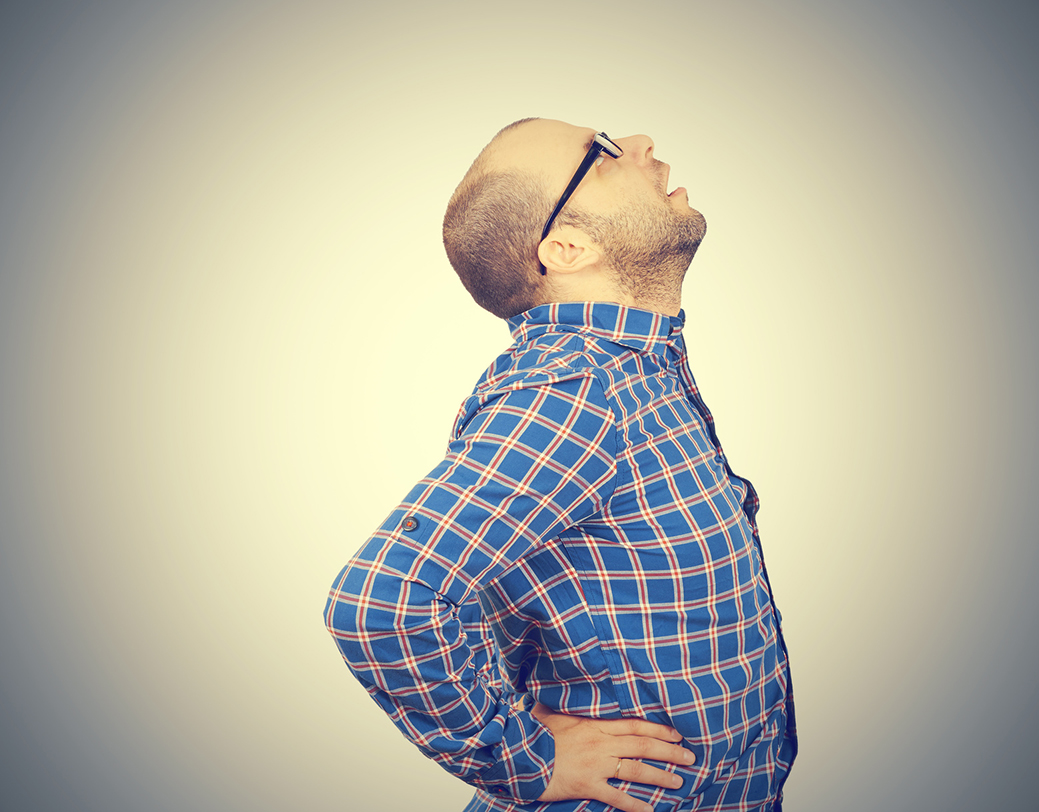 Sciatica was… “a problem related to a diseased hip joint”, according to the ancient Greeks, who noted that the pain would last around forty days in young men and for over a year in the elderly. Ischios is the Greek word for hip joint and is the origin of the word sciatica.

By the 18th Century, doctors began to realise that sciatica was not necessaryily a hip joint-related pain, but may be due to nerve pain and by the 20th Century, the spine was recognised as the source of the sciatica pain. Operations on the spine began at the turn of the 20th Century, with material removed described as tumours, but in 1931, two American surgeons saw striking similarities bet-ween the tumours removed and material found in the shock-absorbing discs. These two surgeons, Mixter and Barr, were the first people who publicised that “slipped discs” cause sciatica.

Sciatica is… pain, usually coming from the spine. Sciatic pain usually begins in the buttocks and travels down the leg along the thigh and below the knee. It is usually due to a trapped nerve in the spine, and the commonest cause of trapped nerves is a bulging disc in the spine. The pain tends to ease when lying in a certain position and tends to flare up with a cough or a sneeze. It often starts shortly after we “tweak” our backs, doing something fairly innocuous, such as bending forward to pick something up. While bulging discs may cause sciatica and sciatica may be due to a bulging disc, the two associations are not mutually exclusive.

Although 40% of us will experience sciatica to some degree during our lives, there are times when this pain can be alarmingly severe. The pain appears to reflect the degree of nerve irritation, rather than nerve compression, because there isn’t a strong association between the severity of pain and the size of a disc protrusion, or slipped disc compressing a nerve. 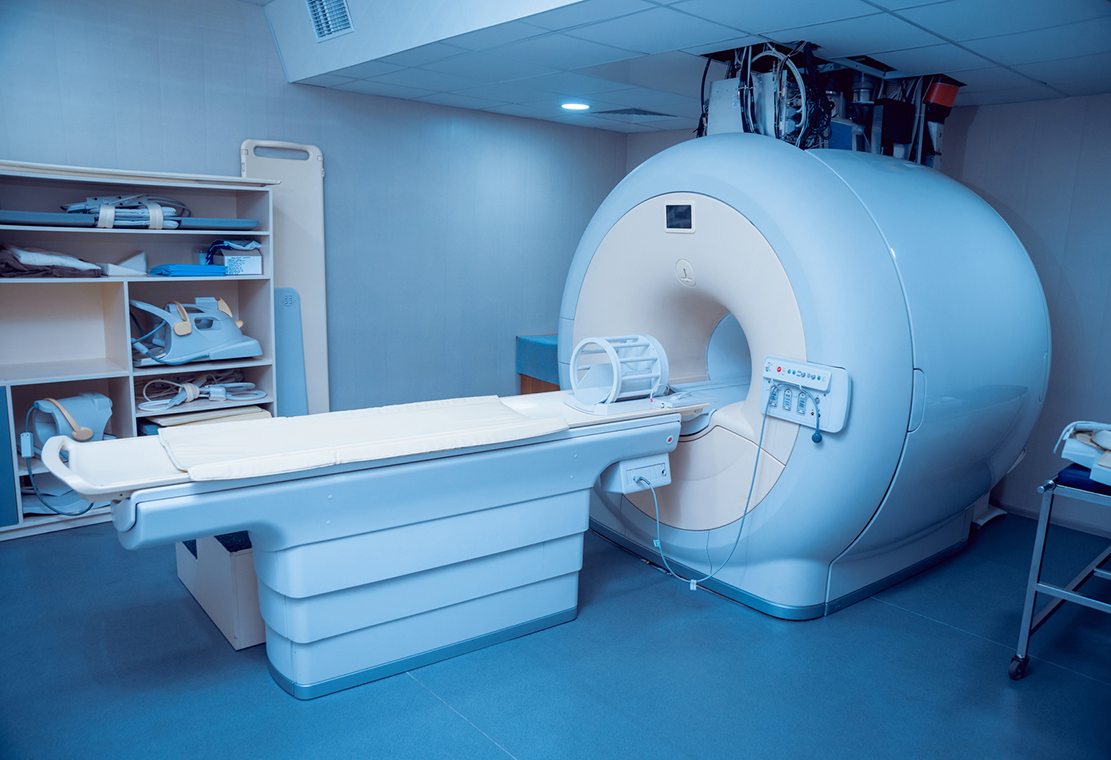 The first ever MRI was performed in Nottingham in 1974. MRI, or Magnetic Resonance Imaging, involves a giant magnet and radio waves, so some metallic devices like a pacemaker are not compatible with having an MRI. It’s also noisy and can feel slightly claustrophobic, but there are no X Rays or other radiation involved, which makes the MRI safe, as far we are aware. The best way currently of finding out where sciatica is coming from, is by getting an MRI of the spine.

Disc bulges mostly get better by themselves

A Japanese study of 42 people with MRI-proven disc bulges and sciatica had an MRI scan repeated every 3 months to see what happened over time. They found that by twelve months, 88% of the disc bulges had reduc-ed by at least 50%, with the sciatica symptoms improved to “good” or “excellent” in 90% of the people studied. This means that with time, the back tends to heal itself and the sciatica improves or goes away altogether.

So, sciatica is mostly caused by a disc bulge, which mostly settles without any specific intervention. There’s a good reason to avoid investigating sciatica with a safe but costly MRI when the pain first develops – we can as-sume that we have a disc bulge and focus on ways to help the pain and concentrate on good spinal posture instead. Our backs are not designed to automatically fail and an MRI survey of yoga instructors in 2011 demon-strated that it’s possible to have nearly perfect spines when we use our spines appropriately. It can’t be coinci-dence that our shock-absorbing discs usually fail backwards where the nerves are, rather than forwards. If the discs are compressed at the front of the spine, then the soft contents of the disc get squeezed out backwards over time, with recurring episodes of sciatica as small fragments of disc tissue leave the disc at intervals. 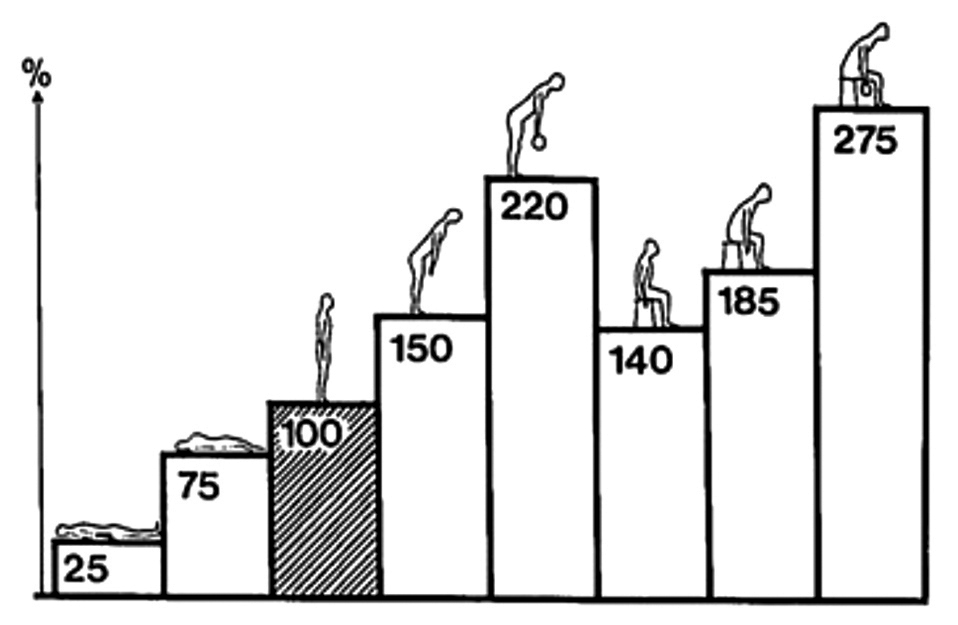 A favourite yoga quote is that “you are as young as your spine”. A supple spine, held upright and moved constantly is a healthy spine, in contrast to a stiff spine, which is kept in a flexed, sitting position for several hours a day. An American study in 2014 demonstrated that sitting for at least four hours a day causes the L4/5 disc (a shock-absorbing disc toward the bottom of the spine) to flatten, giving the MRI appearance of

early wear and tear. We already know from earlier studies by Alf Nachemson, an exceptional pioneer in spine care, that sitting causes the discs to work harder since greater forces are exerted on them in the sitting position compar-ed with standing upright. 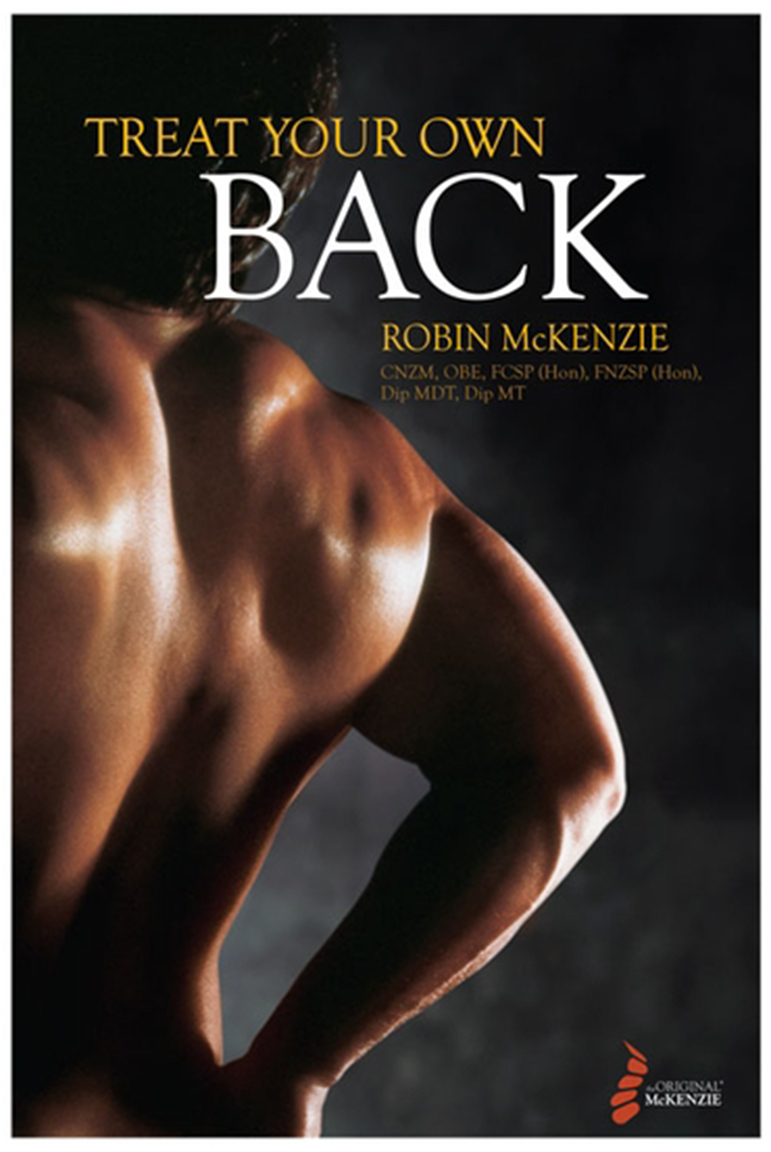 Robin McKenzie was a physiotherapist from New Zealand who sadly passed away in 2013, but lived long enough to see his original book from the 1980s called Treat Your Own Back, help many thousands of people who suffer with sciatica. His small and simple book outlines the importance of good posture and working on spinal flexibility, especially with spinal extension, which we tend to neglect, with excellent results. The book is safe to use, although it can be pretty uncomfortable when a stiff, painful back is put through its paces. It’s worth persevering, though, since thousands of people who have placed online reviews of the book say how much these exercises have helped them.

When Sciatica needs an MRI

This is not an exhaustive list; these are a few of the important situations when an early MRI is a good idea:

References for further reading. Most of these are free downloads

This homepage introduces sciatica and has links to related sites.

472 adults were compared with respect to their treatment for lumbar disc protrusions in a study called the SPORT study. The study concluded that most people improved significantly over two years, but people who underwent surgery might have done marginally better, but they could not prove this observation.

cluded that surgery may help the pain more quickly, but in the end, they could not find evidence to con-clusively demonstrate that surgery provided better help than no surgery over time.

A great article which measures the number of people with slipped discs on MRI when they have an MRI for many different spinal reasons, including sciatica.

This small study looks at how many MRIs show slip-ped discs in normal, pain-free volunteers.

Sitting causes discs to squash at end of day one on MRI.

10 Pressure changes in the discs according to spinal position.

The Fix My Spine story www.fixmyspine.co.uk is an independent website with spine-related articles contributed by many different health professionals, societies and people who have inspirational experiences to share with us. The idea behind the website is to have one big, friendly, plain English place that everyone can freely access for all things spine. The website is subsidised by non-medical industries (so, no biases for the website’s content) and the more people that visit the site, the more generous the subsidising industries are! 100% of funding is re-invested in the running of the website and the next target is to pay for a free online subscription “widget”, so that people who subscribe get the heads up when a new spinal article goes live on the website.