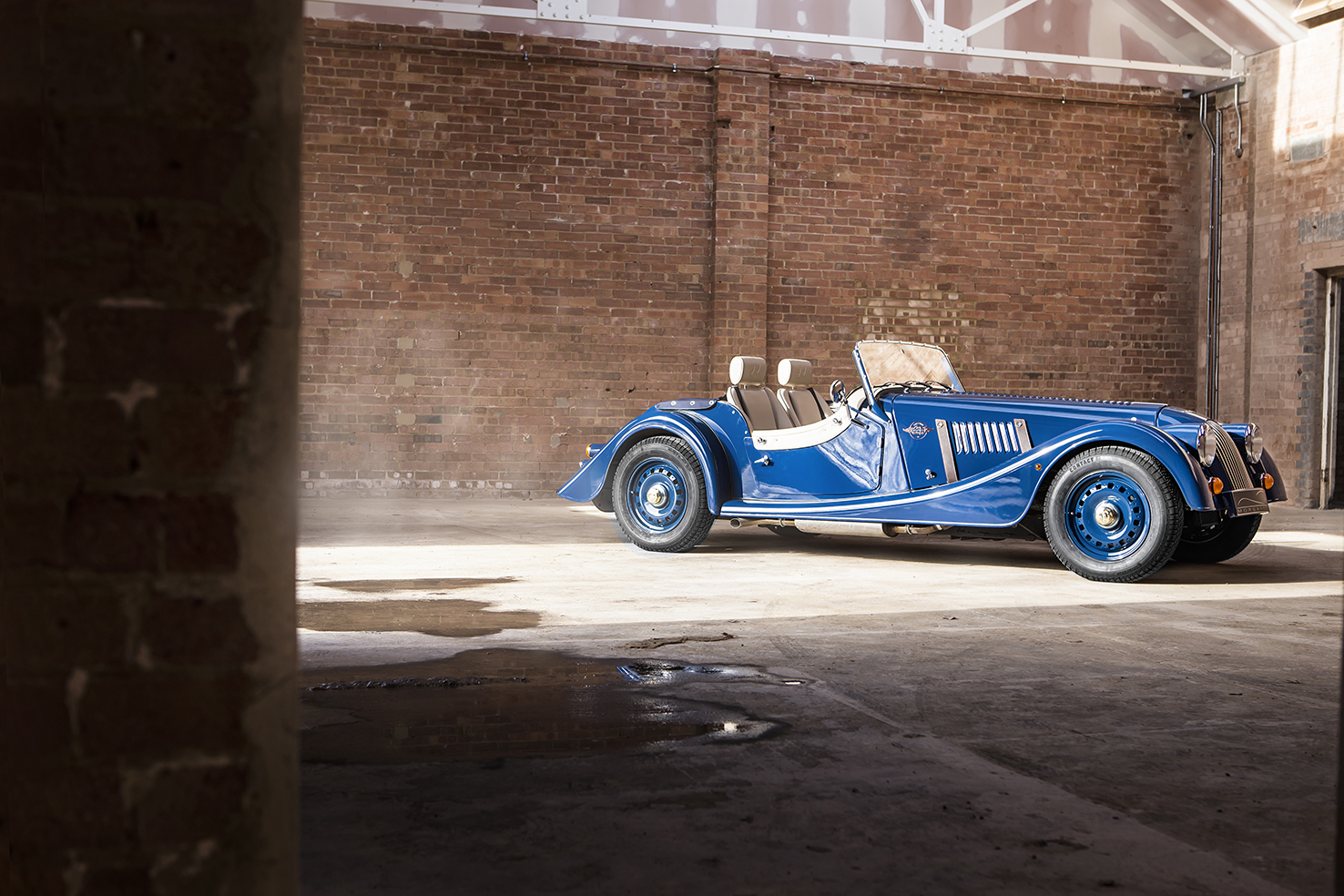 You can almost hear the Pathe News announcer.

80 years on, Andy Murray has taken Fred’s place; the I-phone thanks in no small part to Turing’s papers has rendered the telephone-box nigh-on obsolete; budget airlines have made cross-Atlantic travel available to the masses; Ice-Hockey Olympic Gold eludes us; Elizabeth II is the longest reigning monarch. And, believe it or not Morgan are still family owned, still based in Malvern and they’re still making the 4/4 – just as they always have.

2016 marks the 80th anniversary of that first unveiling of the Morgan 4/4 – it is now the longest running production car in the world. So, to mark such an auspicious occasion, Morgan have produced a special edition of their evergreen art-deco two-seater. Just 80 will be built, each one entirely hand-crafted.

And by-jove old boy! recently they were kind enough to lend me one! 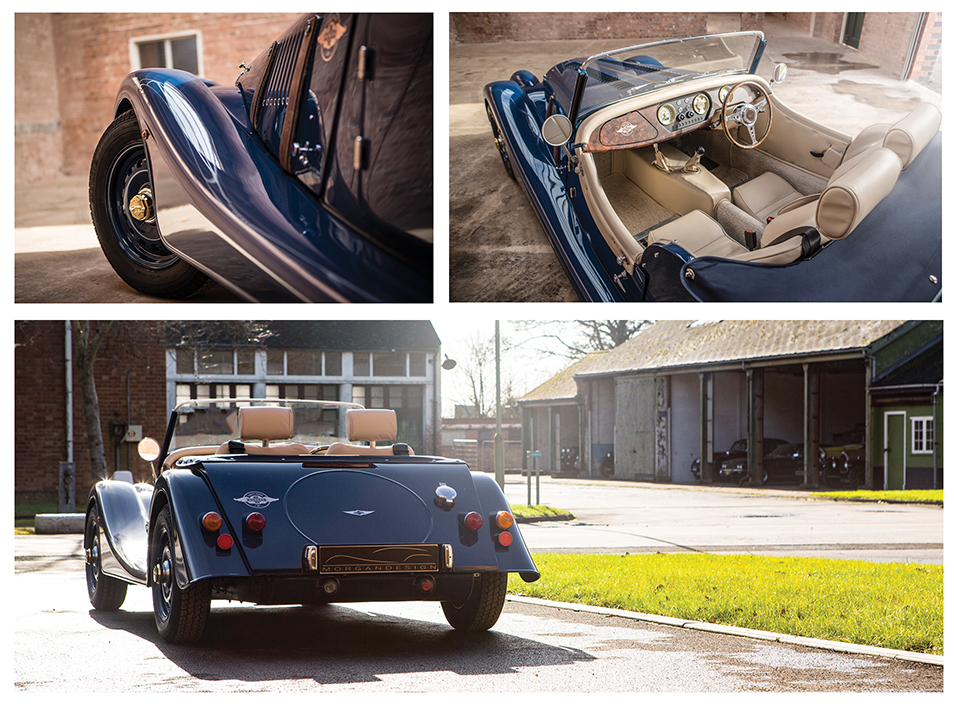 If you’ve ever struggled to identify your Morgans, the 4/4 is the narrow one. It lacks the wider wings and muscularity of the Roadster and the Plus 8, it doesn’t have the smoothed-out styling of the all-aluminium Cruella Deville-like Aero 8, and needless to say, it’s got one more wheel than their bonkers 3-Wheeler. Arguably it’s Morgan’s prettiest car, especially so perhaps in this guise where it gains solid Dunlop-esque alloy wheels with brass centre caps, a brass mesh grille, a side exit exhaust complete with its own unique burbly soundtrack, and four leather bonnet straps. Throw in a two-tone Saxe blue paint job that’s been polished to a shine that’s so deep you could almost swim in it (as per Morgan’s PR car. The 80th edition is also available in Green and Dark red), some gold anniversary graphics, and simple mohair part-tonneau that covers what precious little luggage space there is behind the seats and the 4/4 looks as good now as it did in 1936.

Slide yourself in and down behind the wood-rimmed Moto-Lita steering wheel and the first thing that becomes apparent is that in a Morgan one plans one’s motoring. The heater vents are hidden deep under the simple dashboard, as are switches for the heated seats – one of the few concessions the 4/4 makes to modernity – so it’s better to make your adjustments before you set off. The hood and removable side-screens take a good five minutes to erect or remove and even when fitted only offer a certain level of insulation and draught or weatherproofing. There’s no radio, no power-steering, no airbags and no sun-visors; there isn’t even an interior light. And you can forget any notions of sat-navs and such like – you’d never hear it any way. Nevertheless, ensconced as you are amongst the thick hand-stitched leather, solid wood dashboard and brass–rimmed Smiths instruments you’re never anything less than cosy. Even with the roof down (and those seat heaters on) it’s actually pretty snug.

Turn the key and the Ford-sourced Sigma engine bursts into life. It’s the first step into what soon becomes a physical experience. The floor-hinged clutch pedal requires a firm push, the brakes, solid discs front, drums rear, require a firmer one, and every time you change gear – something you’ll do a lot in the 4/4 to make the most of its modest torque output – you feel the weight of the shift. The suspension, leaf springs rear, sliding pillar front, does little to soak up the bumps and the steering wheel kicks and fidgets even on the smoothest of surfaces. The whole car shimmies, constantly, and you’re never under any other illusion that whilst driving the 4/4 you’re operating a machine. You’re always involved. Never can the 4/4 be called relaxing,

It’s enjoyable though, thanks in part to its performance: 0-62 in 8.0 seconds is enough to embarrass many a slovenly driven sales-rep-mobile and 115mph is attainable for the brave, whilst wind and exhaust noise plus scented country air all add to the experience. The 4/4 has an abundance of the one thing that’s so often lacking in modern machinery: character. 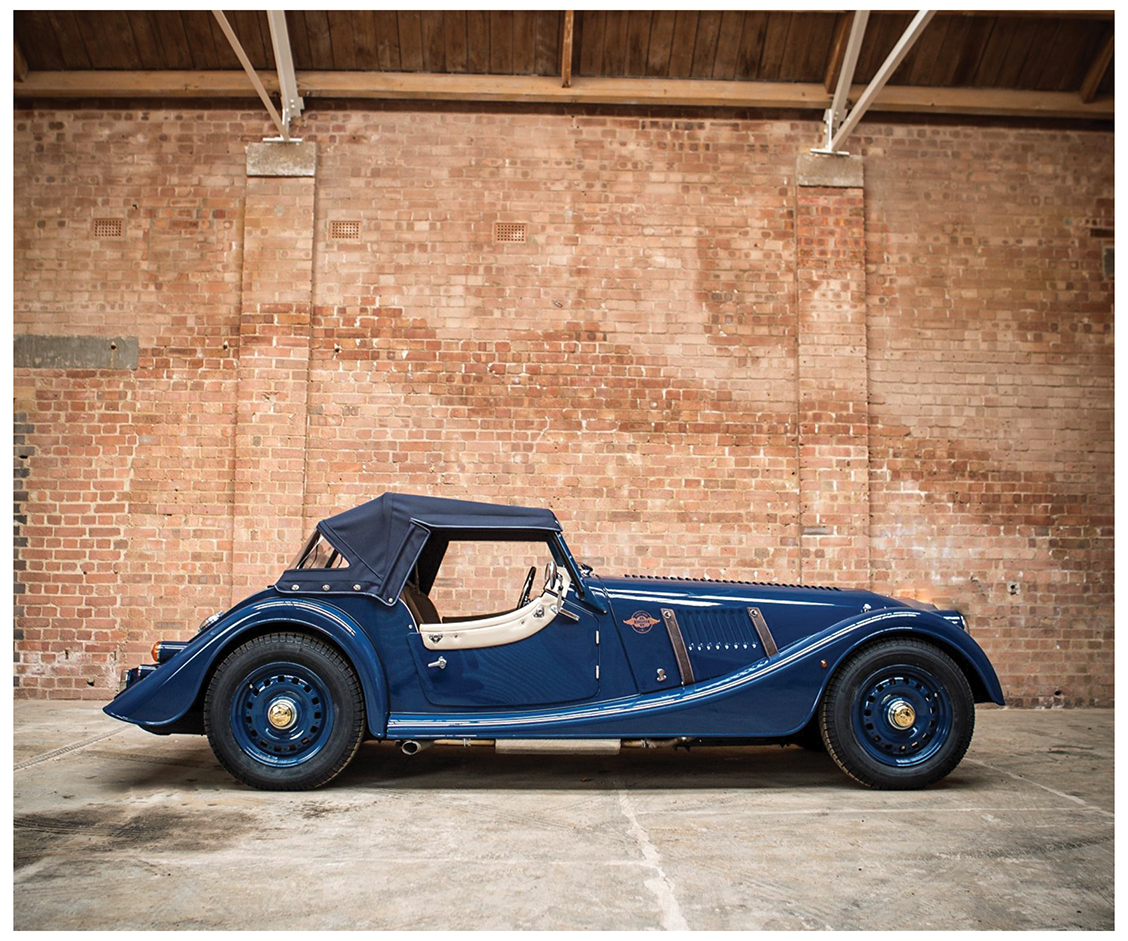 And there ultimately lies the 4/4’s charm. It’s woefully impractical, hard work to drive in the manner it was originally intended, and its hood mechanism means you’re ultimately better off carrying a brollie and taking your chances. The Monday morning commute after a weekend of little sleep would be hell in this car. But… On the right day, on the right road, and when you’re in the right mood the 4/4 is quite simply wonderful. Nothing else you’ll ever drive feels quite like it.

Many Thanks to James and all at Morgan