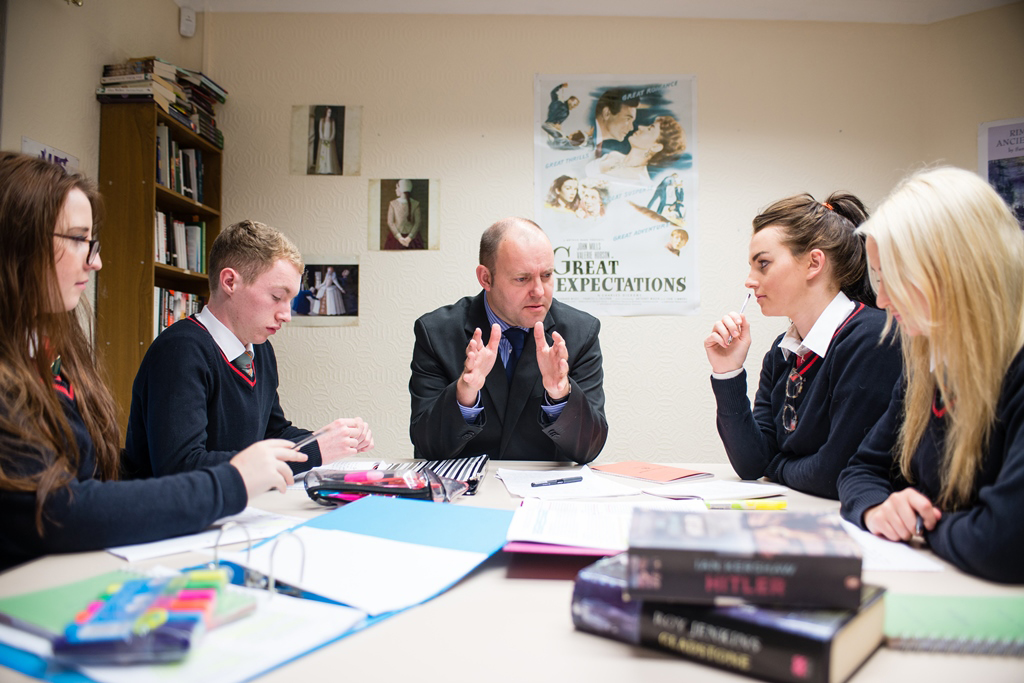 A clear direction and a wholly supportive culture which filters through the school are the driving force of Headteacher Alun Millington MA (Oxon) PGCE, who returned to his roots after seeing further potential in the academically successful St Michael’s School in Llanelli. Already a top independent school in Wales, Mr Millington has wider ambitions, believing that the school can only truly grow by having academic success in balance with the development of well-rounded individuals; the premise being that happy, confident and fulfilled young people will naturally blossom.

Anything but a pie in the sky ambition, Mr Millington has strategies in place that allow his experienced, high quality staff free to take a very practical approach to getting the best from each pupil, because this is what parents want; a high level of individual support and attention. St Michael’s also follows a traditional model rather than having to teach Welsh Baccalaureate, leaving pupils free to choose the subjects they really want to study. Mr Millington is keen to stress that the arts are taken as seriously as the sciences and medical, the latter for which the school is well known.

The approach to a well rounded individual begins early in a child’s life and Mr Millington ensures the school ethos travels right down to the Nursery and Prep school, where parents can be assured of getting their child the best start in school life from the age of three.

St Michael’s offers extensive bus services throughout Carmarthenshire, into Gower and out to the South West of Pembrokeshire. As a child’s independence grows, the bus routes are there to be of very practical benefit to busy parents.

St. Michael’s School was first established in 1923 and has been situated in Bryn, Llanelli since 1928. The school has a stable management history and its founders, the Rees brothers built its reputation of strong academic success. They retired and were re-placed by former head boy, Mr Vaughan-Evans in 1962.

The school continued to grow and thrive under his leader-ship, then Mr Daniel Sheehan took up the legacy in 1994-2012 and his emphasis remained on setting high standards.

The current Headteacher Mr Alun Millington has his own very firm vision for the future.

The Preparatory School was established in 1981 and has grown substantially. There are now more than 400 pupils in the whole school. Both Preparatory and Senior Schools have always been fully co-educational and more recently the school has expanded its provision for international students.