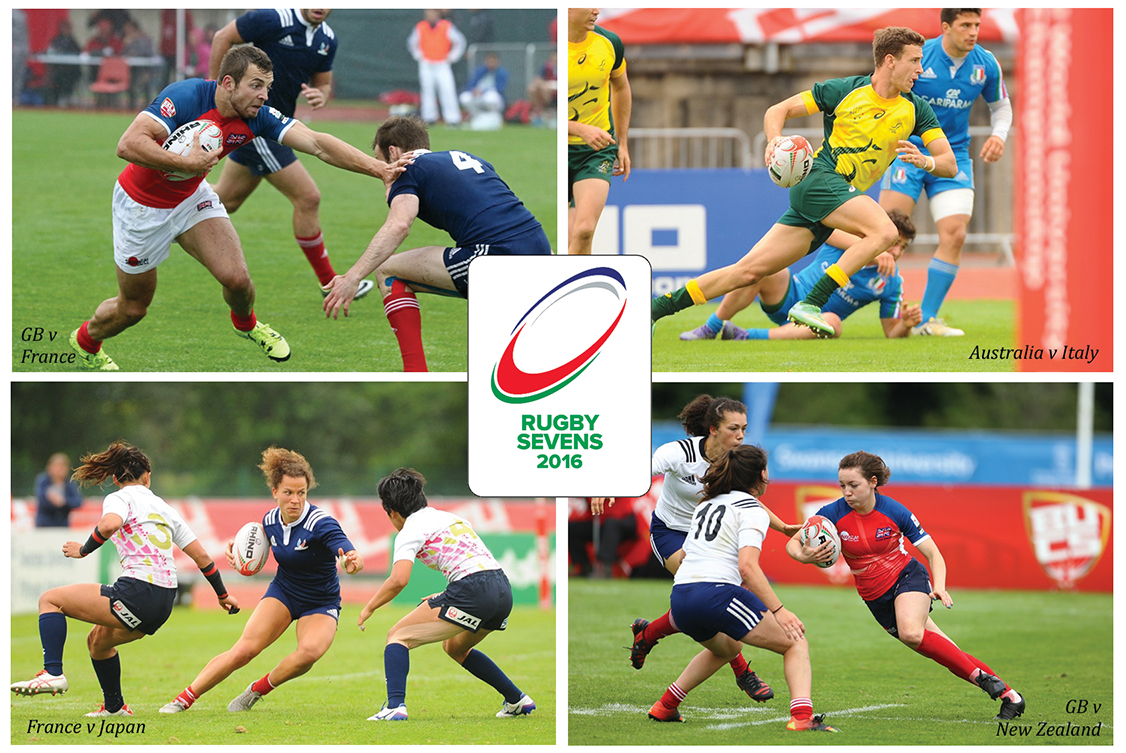 Teams from around the globe (10 women and 9 men) came to compete for the coveted title. Countries included well-known rugby nations, like Australia and New Zealand, among other countries, like Malaysia and Japan.

This year the championship saw many firsts including; the first time Australia and New Zealand competed in this championship and the first time more female than male teams were involved. Also the first time all continents were represented. And this year will see Rugby Sevens in the Olympics which some of these players will go onto achieve. These firsts plus the added thrill of the Great Britain men defending their title on home ground, saw the makings for three days of exciting competition.

The championship kicked-off with an opening ceremony to remember; the Lord Mayor of the City and County of Swansea Councillor David Hopkins officially declared the WUC Rugby Sevens open, the parade of nations, and words from the C.E.O of British Universities and Colleges Sport Vince Mayne, Swansea University Professor Steve Wilks and FISU Executive Committee member Ms Colleen Dufrense. The ceremony closed with a wonderful performance from the Morriston RFC Male Voice Choir.

Day one saw both GBR men and women show they were here to win by going undefeated. Upon reflection of such a great start, GBR men’s captain Samuel Pointon said, ‘There is a little bit of pressure, but we have a brilliant team spirit and the end-game is to win gold!’

Always a contender, the Australian men showed they were here for the title with Michael Adams saying, ‘We came here because we want to win, anytime you put on an Australian jersey you want to win.’

There were many surprises including the Chinese women defeating both Australia and Spain while winning the hearts of the spectators. The Malaysian men also made a bid to be the team of the tournament with their never give-up until the final whistle attitude.

After a thrilling first day, the second day saw many teams continue to surprise and excel but also collapse. Team GBR men sailed to the semi-finals with Jon Dawe saying, ‘To win in a GB shirt would mean a hell of a lot, being able to call yourself a world champion would be a dream come true.’

Not so fortunate were the GBR women who fell short of making the semi-finals but grew in confidence with Robyn Wilkins saying, ‘I think we have got not just the experience, but the confidence and ability to come back.’

Throughout the first two days of competition, Swansea University welcomed over 300 local school children to the championship who also got pictures with team GBR. Along with enjoying great rugby, schools and spectators could participate in numerous activities including Circus Explosion, face painting and the Osprey “Passing Challenge”. Elinor Thomas, of Swansea University said, ‘We wanted to ensure that the schools had a fantastic day-out at the WUC Rugby Sevens. This has been a great way to get local schools involved with the championship and may have sparked a few to think they could represent team GBR in the future.’

The fun atmosphere stayed bright into the third day even with the rain, with spectators pouring in to cheer on their favourites. The women’s final saw defending championship Canada lose to France, 31-5. Like many others, the Canadians took the defeat like true champions with Erika Scott saying, ‘It’s not fun to lose, but I am proud of us, it was a tough match and a tough tournament, but I am glad we made it to the finals.’

The men’s final, GBR versus Australia, got everyone to their feet with the excitement not letting up until the final minute with Australia scoring a try in the dying seconds and winning by one point.

Despite the loss, Robert Stevenson of GBR said ‘Getting to the finals is no mean, you can’t ask for much more than that.’

Every champio­­nship sees specular highs and heart-breaking lows and this was no exception. There was however a vibrancy brought to Swansea during these three days. Some teams captured the title and some captured our hearts but all captured the spirit of the games; fun and togetherness, creating lasting memories from their time in Swansea.

Countries and final placing in the WUC Rugby Sevens are; 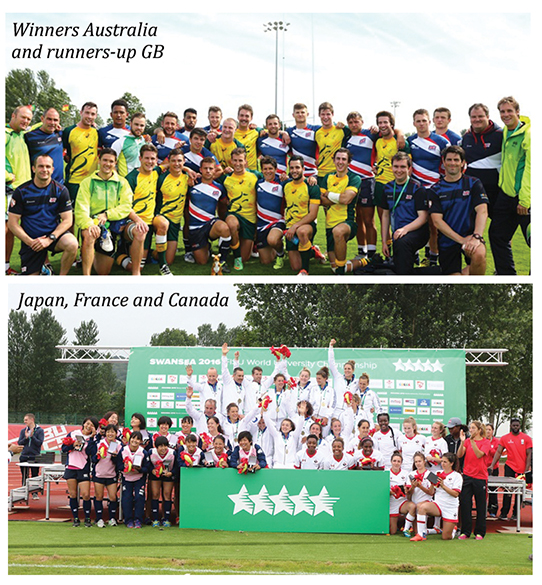 Results and further information can be found at www.wucrugby2016.com