In the spirit of Hallowe’en, PAUL CROWTHER (pictured) of the WELCOME TO TOWN in Llanrhidian, Gower reports on a recent ghostly investigation in his pub 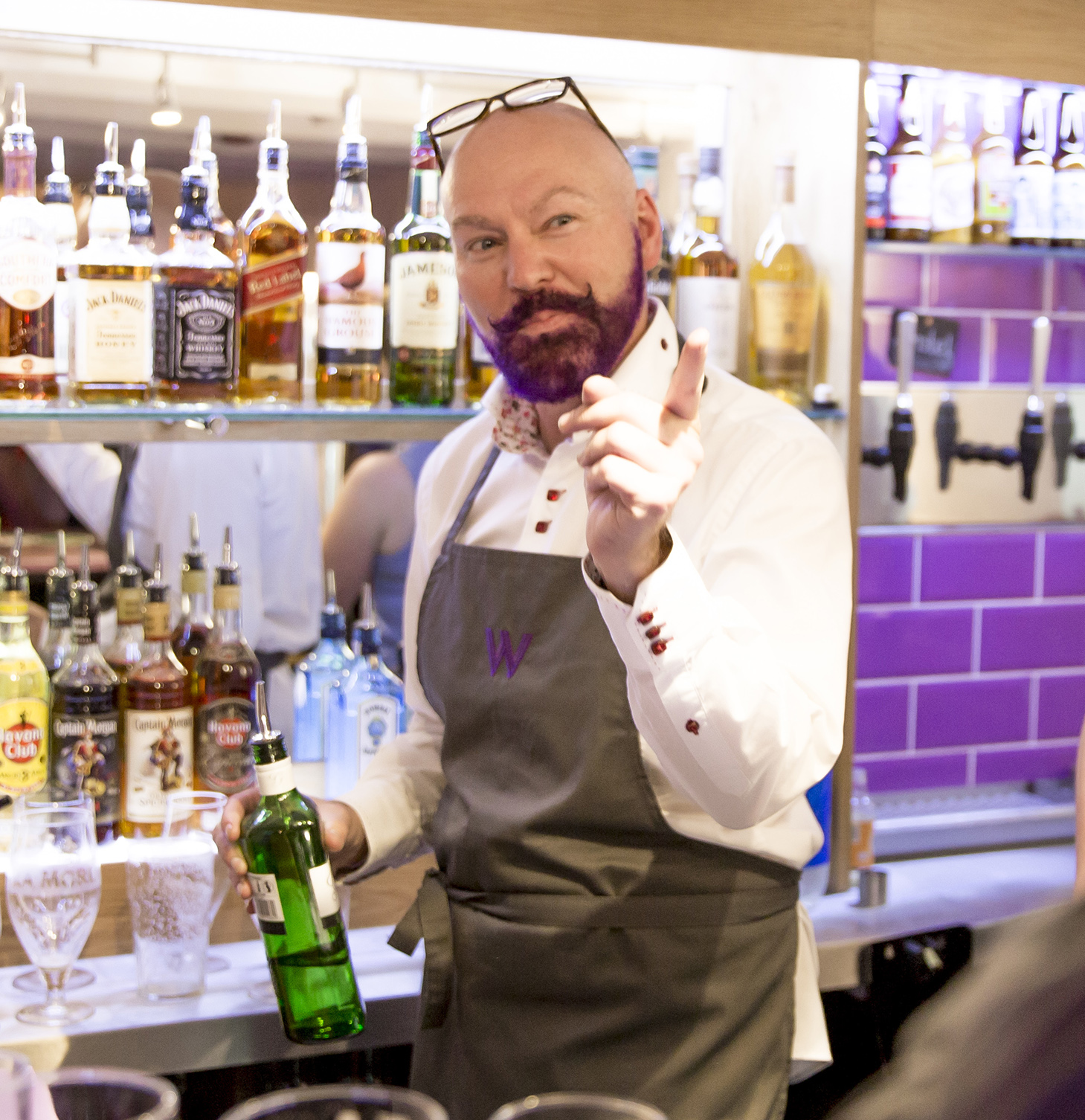 The Welcome to town in Llanrhidian has long been associated with the ghostly apparition of a coachman purported to sit in the window seat, wrapped in a long deep purple cloak, looking broodingly out across Mill Lane to the whipping stones in front of the ancient Church of St Rhidian. For many years he had only been perceived by local ladies having imbibed numerous schooners of cream sherry, but now his credibility was on the line.

Ghost investigators in the form of Paranormal Videos and Sounds led by veteran paranormal investigator Chris Evans descended on the Welcome to town one summer evening to carry out an in-depth investigation into what was really going on.

Investigation began at 10:30pm in the upstairs dining room with an array of equipment including lights, video recording, voice recording and movement sensors. The team settled down to what was going to turn into a very exciting evening.

Almost as soon as the last person had left the pub, silence settled over the group sitting in the darkness. Orbs were caught on film passing over a member of Chris’s team causing a visible shudder, at the same time as the lights on specialist meters the teams had, started flashing wildly indicating the presence of a spirit. Quickly the team activated project Ouija and were rewarded with an immediate response from Patrick, a little boy aged 5, who was left orphaned when his mum, dad and 13-year old brother Brian, all died on the same day in an accident in one of the local mills.

Chris reported that voice software continually gave out names and information relevant to the on-going conversations which has been recorded; all of these recordings are available on YouTube.

Following this great success, (and to the horror of Paul, the owner of the Welcome, who just wanted to go to bed!) the team were keen to start on the downstairs in an area of the bar which had been used as a local gaol. Here landowners would imprison local miscreants before dealing out summary punishment for crimes such as sheep rustling; punishments that some local farmers are actively canvassing to be reinstated!

Although clearly well past Patrick’s bedtime, the little tyke clearly wanted to chat to his new found friends, and reappeared in the dashingly refurbished bar downstairs, reporting to the team that he fell down the stairs leading from the dining room (which he referred to as the long room) resulting in a broken back causing his death.

Tiring of Patrick’s whinging about his misfortunes, the team were keen to move on and asked Patrick if the coachman, they had heard so much about, was another spirit in the pub, to which he answered “yes” and that he was a nice man.

They asked Patrick to step away and allow the coachman to talk.

The Coachman answered to the name Henry and gave his surname as Edwards, which also came out in the voice software. He said he was 49 years old, a coachman from Waterford Ireland, who was un-married, had no children and slept in the “Irishman’s House” above the cattle and goats at the back of the pub. He apparently didn’t realise he was dead, which didn’t say much for his powers of observation, and which made it impossible for the team to esta- blish a year or cause of death. He did say that he’d been a part of the group who erected the standing stones outside and was rewarded with a free pint.

Clearly a bumpkin with no taste, he said he didn’t like the pub decor as it is, preferring his own time period (even though he didn’t know when that was), but he did like the staff with Paul and his purple beard being the favourite.

One thing that particularly impressed him recently, which he kept returning to and wanted the team to report back to the owners, was a sausage and noodle fest he observed; apparently there was never anything like it in his time and he would have loved to have joined in.

On the whole the Paranormal Investigation Team was happy with the results as they left the pub at 4:30am.

Although some of the messages were mixed and confused the team attributed that to the fact that this was the first time the spirits had been communicated with, and they hope for even better results next time.

If you want to see what all the fuss is about and experience a little spirit world japery, the Welcome to town are organising a special Halloween Night Party on Saturday 29 October featuring DJ Jacky Jack Jac in the bar and providing a reprise of the Sausage and Noodle Fest as well as the standard menus in the Dining Room.

Copies of the full report can be obtained from paranormal investigator Chris Evans at ghosthuntwales@gmail.com

And various videos and recordings can be viewed at