This month we welcome LIZ HINDS as a contributor to the magazine. Liz is married to Mike and has 3 children, 6 grandchildren and a dog called George. She is an experienced author published by Hodder, Scripture Union and Kevin Mayhew Christian publishers, as well as magazines and newspapers both Christian and secular. Liz is a regular blogger – you can keep up to date with her musings at liz-andharvey.blogspot.co.uk

About twenty years ago a short article appeared in the evening newspaper. It went something like this:

The body of a young homeless man was found yesterday on the beach behind County Hall. His only companion, his dog, is being looked after by local residents until a good home can be found for him.

Don’t get me wrong: I love dogs but the irony of the article fanned into flames the ember that was already in me and which still burns today for the vulnerable and those who for whatever reason live on the edge of our society. Today I’m part of the church that meets at Zac’s Place in Swansea, and our tagline is ‘a church for ragamuffins’. 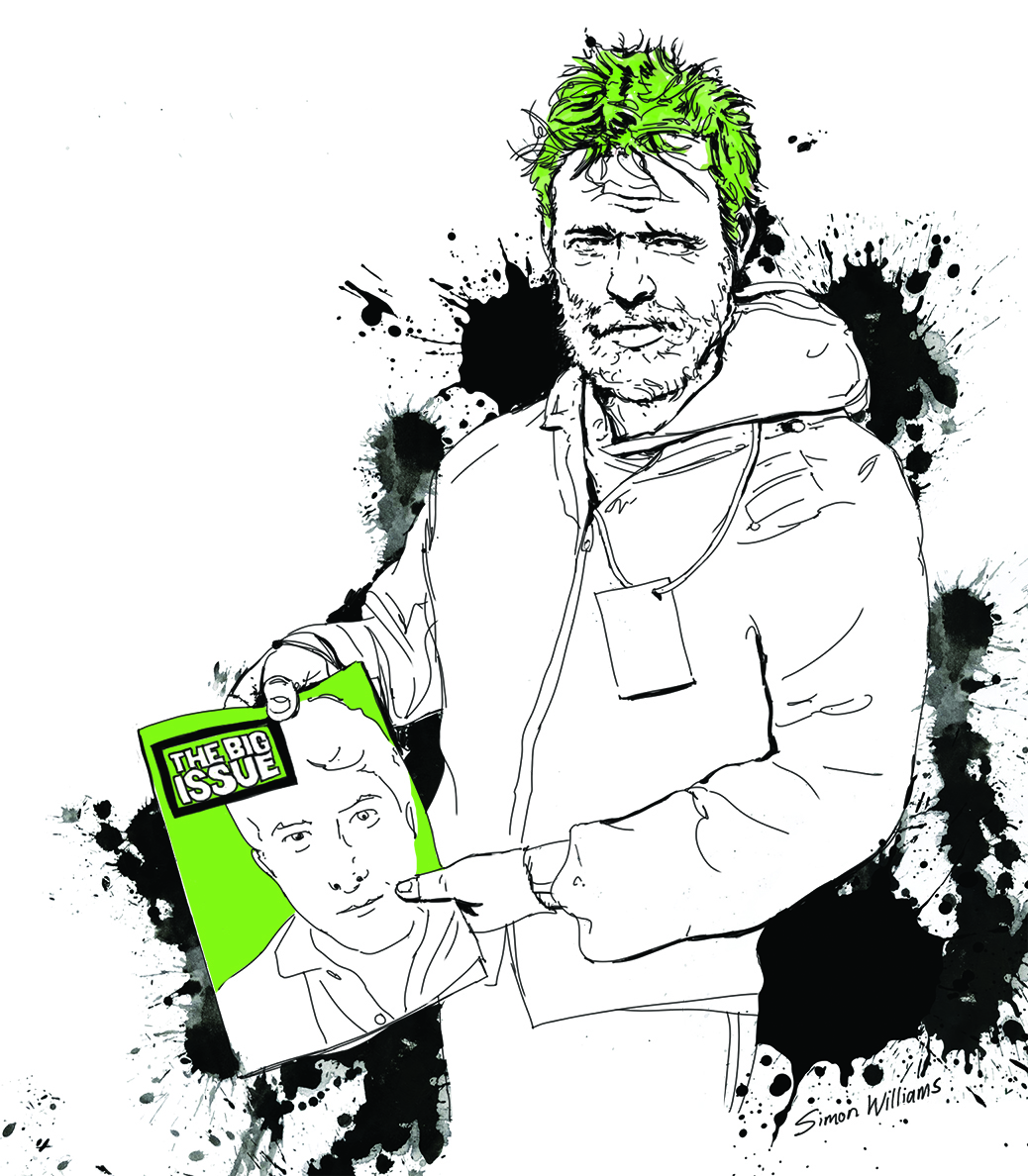 Shortly after the death of the young man my daughter who was about fourteen at the time wanted to find out more about homelessness and decided to interview a Big Issue seller. At the time Joe was the regular vendor outside the Quadrant. Tall, well-built and with green hair he was an intimidating presence. I spoke to him first and asked if he would talk to my daughter. He agreed and we arranged a time.

When I dropped her off it was with strict instructions, ‘Do not go anywhere with him! Stay there, outside the shop in full view.’ When I returned there was no sign of her or Joe. I panicked. My worst nightmare was coming true and it was my fault.

Just before I tore out my hair the two of them strolled around the corner. They’d been to the beach and Joe had insisted on walking her back as ‘there are some rough types hanging around the bus station.’

It was a lesson to me about judging others – and one that I have to keep on learning.

I went on to have – not a friendship as such but a relationship with Joe that lasted for several years until one day he disappeared and I was unable to find out what had happened to him. The thing about damaged individuals is that they don’t necessarily stick to the rules by which society says they must abide if they want to be part of it.

I don’t know where Joe is today but his selling spot outside the Quadrant is never empty; there’s always another rough sleeper to take the place. Incidentally the men and women who sell the Big Issue aren’t begging but are working to get themselves into a position where they may be able to return to society.

Nowadays Swansea may have something of a reputation for its high numbers of rough sleepers but the problem of finding a bed for a night is an old one.

Just over two thousand years ago a young man and his heavily pregnant wife struggled to find accommodation in a large city. Caesar, who was emperor at the time, had demanded a census of all the people living in his empire and for that each man had to return to the town of his birth. For Joseph that was Bethlehem. When he and Mary arrived there they found it already over-crowded and they searched in vain for lodgings. At last with Mary in labour they stopped at the only place they could find: a stable. And so the baby who would grow up to be Jesus was born in the humblest of surroundings.

Today the church is very often criticised for its faults and sadly sometimes that criticism is justified so it’s great to see in Swansea again this year preparations underway for the Night Shelter. For the last few years congregations from many different denominations have offered their church buildings as night refuges for those who’d otherwise be spending the coldest months of the year sleeping on the streets.

It may not sound much but having a hot supper and a warm dry space, with inflatable bed and sleeping bag, as well as a bit of a routine in a life that can be chaotic, can make all the difference and in previous years many of the guests have moved on from the night shelter to find more long-term accommodation.

Jesus upset some of those in authority because of the way in which he treated people. From thieves to prostitutes, lepers to centurions, all were equal in his eyes. But he went out of his way to seek out the lost and vulnerable. That is the example he leaves for us.