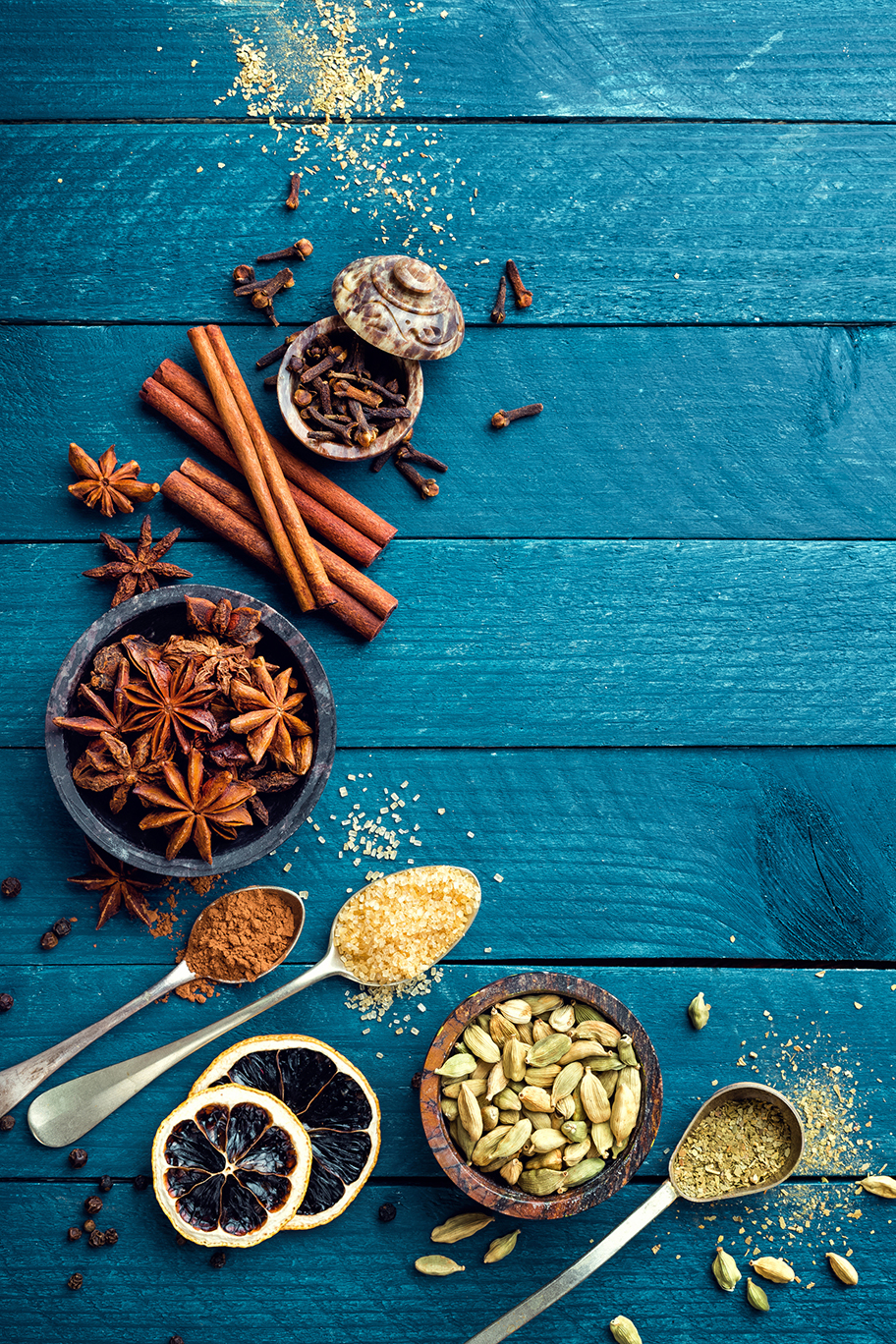 From the earliest days of man’s development, taste was the primary sense used for identifying the effects of food and herbs, a tool to help distinguish nourishment from poison. You need only to observe an infant experimenting with their first bite on a lemon to know what an all engulfing experience taste can be!

Herbs and spices were appreciated for the pleasure of the taste sensations they evoked; the warmth, enlivenment and stimulation of mind and body; also, their medicinal value.

For billions of years these plants co-evolved with animal life (sharing up to a quarter of human DNA) developing thousands of metabolites, such as antifungals and anti-microbials, to ensure their survival against disease and infection.

Spices were highly valued and their trade, alongside other prized commodities, took place as early as 10,000 BC, at a time when agriculture was just emerging and most societies were still hunter-gatherers.

The quest for spices helped shape the modern world. In the 14th Century Europe had no direct access to the source of spices such as pepper and cloves, so paid exorbitant prices to merchants in Venice, the primary trade port for spices from the Middle East. At one point when prices were at their highest, a pound of nutmeg cost seven fattened oxen – more than the value of gold. By the 15th Century better navigational equipment had been developed and the drive to circumnavigate the globe by Christopher Columbus and other explorers was motivated by the desire to develop direct trade routes to the areas where spices were grown.

Today, with our boundless access to a vast variety of foods and intense flavours, as well as a myriad of highly stimulating entertainments and experiences, our spice jars are often a little dusty and neglected; used only to make the occasional curry. What little appreciation for what was once an exotic and sought after luxury!

If we can tap in to the mindset of a child and taste these individual spices, as if for the first time, we can appreciate the energy and complexity of these life giving and world- shaping wonders.

Black Pepper – Powerfully heating, Black pepper is a digestive stimulant, cleansing toxins in the gut, whilst improving absorption of nutrients1. Piperine – the substance that gives pepper its pungent taste – stimulates digestive enzymes, whilst also having a protective effect on the liver.

Cardamon – Warming and invigorating, cardamon helps to lift the spirits, whilst calming anxiety and nervous tension. It is a decongestant, expectorant and a bronchodilator, helping to clear catarrh in coughs and colds.

Cloves – Pungent and zingy – try nibbling a whole clove there’s no denying the power of its volatile oils as it tingles and numbs the tongue! It’s not hard to imagine why clove oil was traditionally used for toothache, though other pain relieving factors are also at work 2. Another serious antioxidant with antibacterial, antiviral and antifungal activities.

Coriander – Coriander seeds are a valuable digestive remedy, enhancing digestion, improving the intestinal flora and reducing bloating and spasm in the digestive tract. They increase metabolism and research shows that they can be useful in balancing blood sugar levels, which can be helpful as part of a weight reduction plan. Try lightly roasting the wholeseeds along with some fennel seeds and a little salt – this mix can be eaten after a heavy meal to reduce lethargy and heaviness.

Ginger – Ginger strengthens and nourishes the stomach, clearing accumulated toxins from the digestion and optimising the activity of digestive enzymes. It can be used to settle nausea and indigestion caused by overeating and nervous-ness. Its warming constituents encourage blood flow to the extremities and the brain, making it ideal for the winter months.

Nutmeg – Rejuvenating yet calming, nutmeg relaxes muscles, eases mental agitation and aids restful sleep. Nutmeg is also known as an aphrodisiac, which may seem contradictory given its sleep enhancing properties, but reproductive energy is at its highest when the body is well rested and nourished! 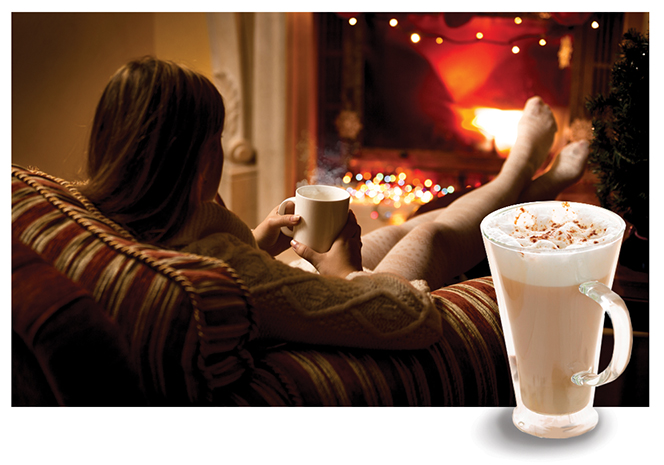 Chai tea is made with a combination of the warming, restoring and anti-microbial spices making it perfect for colds, chest infections and sore throats. It can also be drunk daily to make use of the many rejuvenating benefits of the combined herbs. Other spices can be added to create your own blend!

Put the water and spices into a pan and bring to the boil. Simmer for 5 minutes then add the milk and teabags. Heat until steaming then strain and stir in the honey.