Alex Wood trained in Acupuncture at the College of Integrated Chinese Medicine in 2001. Alex studied under some of the most respected teachers and authors in the field of Chinese medicine including Giovanni Maccioca, John & Angela Hicks and Peter Mole. Since then he has continued to extend his understanding of acupuncture through ongoing professional supervision and regularly attending specialist graduate courses. Here Alex tries to de-mystify the concept of acupuncture. 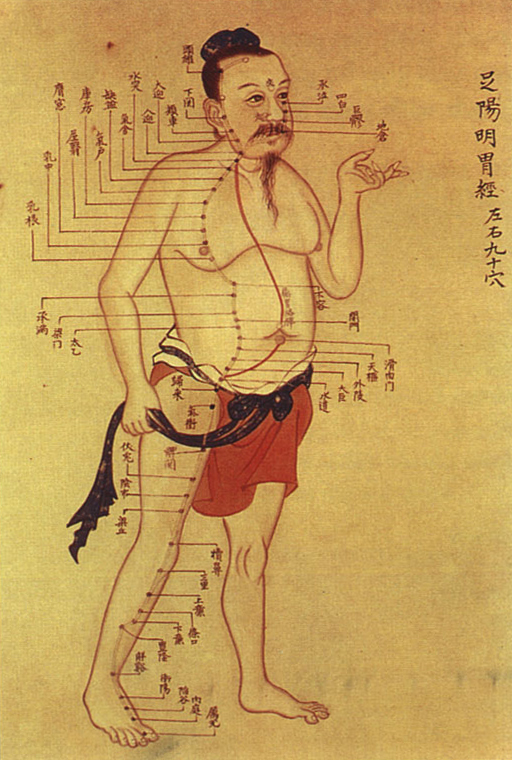 How does acupuncture work? Hard science or fairy dust?

Chinese Medicine is over 2000 years old and describes twelve main pathways called meridians that travel around the body. These meridians contain Qi (pronounced ‘chee’) which is described as an intelligent force that moves and supports health.

Some readers at this point may think this sounds like believing in fairy dust! However, if we start digging a little deeper into up to date medicine and research, we may find western medicine is beginning to discover what Chinese Medicine theory has been saying all along…..

Up until now there has been no theory of how acupuncture could work that fitted within a scientific view of the body while staying true to the concepts of Chinese Medicine – the existence of Qi and the meridians.

Two main theories emerged during the 70s and 80s:

Neither of the above explain the physiological effects of acupuncture which vary from heart rhythm regulation (1) to reducing nausea (2); or explain how longstanding symptoms can be alleviated once treatment stops.

However a new theory has been created by Dr Shang (3) of Harvard Medical School (drum roll…..!)

The Growth Control Theory explains that Chinese Medicine and acupuncture are not random. There are reasons why:

When fascia and embryology are considered the acupuncture channels come into perfect anatomical accord with modern medicine.

This is a type of connective tissue that holds internals organs together – it connects organs to muscle, to bones, to nerves. It surrounds bones and underpins skin. Surgeons use fascial planes (the directions fibres run) to their advantage. This minimises injury and has led to developments in keyhole surgery.

Fascia is incredibly strong: per weight it is as strong as steel and generates its own electricity. Crystals within the collagen, that makes the fascia, rub together and generate a minute electrical current every time we move.

The electricity moves in pathways of the least resistance – fascial planes. This current moves internally, from organs to external areas, to fingers and toes. This is an electrical force, held in the fabric of our bodies that moves along certain pathways…… This is science that is beginning to sound like Qi. In fact bio-electricity can now be measured and has been used by scientists to kick start cellular growth when Dolly The Sheep was cloned.

In the early stages of growth, an embryo has a spinal cord, then it starts forming the internal organs. The embryo does this through creating six cavities or layers, within which pairs of internal organs develop. This connection between the internal organs remains in the body as it grows, reflected by the anatomy of blood flow, nerves and fascia.

The six cavities within the embryo are identical to what Chinese Medical Theory calls the Six Layers: in a nutshell each layer creates two meridians, resulting in the twelve meridians. Each meridian corresponds to an internal organ and connects to its partner from the embryonic cavity.

For example, the heart and kidney emerges from the retroperitoneal space in the embryo. This becomes the Shao Yin or heart and kidney meridian in Chinese Medicine. The lung, spleen and pancreas emerge from the anterior pararenal space and form a meridian called the Taiyin.

Acupuncture points are located in specific places for varying reasons: they are the points of least electrical resistance within the fascia; they often have a direct link to the internal organ they influence (these points are on the torso, and the connection is made by fascia or what Chinese Medicine calls the internal pathway meridian). Also a large number of acupuncture points are on the limbs around the joints. In the embryo the joints are formed at organisational centres where cells communicate indirectly, ie there is no visible means of communication – they could be said to ‘self-organise’. (Interestingly the ability to self-organise is one of the defining qualities of Qi). As the body matures, these embryological centres become inactive BUT…. they remain places of control and influence: lymph nodes are located here; muscles, nerves and fascia connect, and – unsurprisingly – some of the most effective acupuncture points are located there.

Linking Chinese Medical theory with advances in western medicine may occasionally sound like forcing one theory upon a other. However the deeper ones goes into the Growth Theory of acupuncture, the more widely numerous the connections become.

For readers who still remain uncertain about the existence of Qi, let’s remember the ancient Chinese proverb: