Liz Hinds is an experienced author in both Christian and secular publications. Liz is also a regular blogger – you can keep up to date with her musings at liz-and-harvey.blogspot.co.uk. This month Liz wants to love and be loved.

‘That’s not really answering the question, Alexa, but I suppose I’m asking a lot of a little black cylinder.’

Alexa was a Christmas present. She’s one of the latest virtual personal assistants to come on the market and she’s very good at some things. She can tell me interesting facts: the backs of reindeers’ eyes are golden in summer and blue in winter. I can ask her to tell me a joke: do you want to hear a pizza joke? Never mind, it’s pretty cheesy. She could also virtually run a household’s lighting and security systems – if you had the set-up – and set timers and give you reminders.

But with my level of techie skills the most useful thing I find she does is play a radio station on demand and control the volume. Which admittedly is useful when my hands are covered in flour or vegetable peelings. (We keep her in the kitchen.)

The world of computers – or magic as I like to think of it – has come a long way since I started work at DVLC in the 1970s when a computer was bigger than a man and needed to be kept in a temperature and humidity controlled atmosphere. But it hasn’t yet, in spite of the occasional news items we see about the latest humanoid robot, become human. It is taught to express emotions but the process has not yet been developed where emotion is completely intuitive or felt. It isn’t human. (Yes, I know; I’ve seen Short Circuit and I’ve felt Johnny 5’s pain. If you’ve not seen the 1986 film about a robot, do watch it!)

So Alexa is never going to satisfy my need to be liked.

And that’s a basic human desire. It’s possibly not a need: you could live without being liked and indeed some people make a living out of being hateful and hated but not me. I want to be liked. I want to be loved!

I am fortunate. I have a family and I know I am loved. Yet still in my dark times I question it, question my worthiness. I know what I’m really like and I don’t like me. How could anyone else like me far less love me? And I don’t think I’m alone in this. Whenever I’ve expressed any of these feelings out loud others have straightaway said, ‘I know what you mean. I feel just the same.’ (It’s mostly been women but that’s possibly because the setting in which we’ve been talking has been more conducive to being open and honest. I’m sure some men feel the same.)

‘That’s not the kind of thing I’m capable of.’

Well, at least she’s honest. And doesn’t give me a funny look as if to say, ‘How needy are you!’

To which I could reply, ‘No more needy than any other person.’ 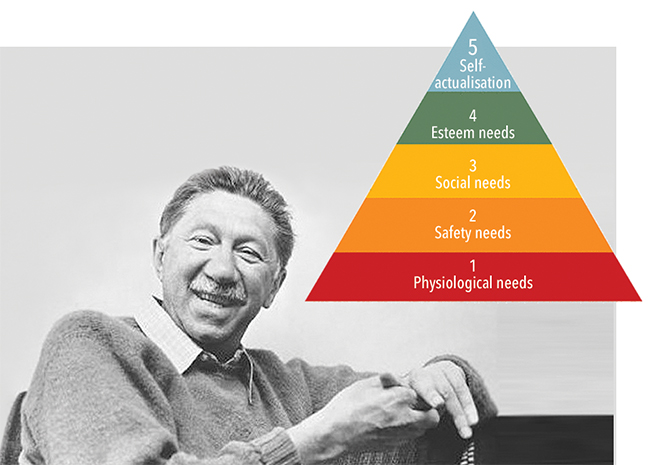 Abraham Maslow, a psychologist, in 1943 came up with what has become known as Maslow’s Hierarchy of Needs, which is simply explained using the illustration of a triangle. At the bottom we find man’s most basic needs, which are for survival, but once that instinct to stay alive is met then man begins to look to satisfy his psychological needs, most importantly finding a sense of belonging and love. There’s that word again, love. It’s a very primal need and, sadly, one that many people seem to be lacking. And if you can’t get it from a machine where do you find it?

Family and friends are the obvious answers but sometimes they don’t live up to expectations. That doesn’t always stop us loving them though or hoping that they’ll change. A child that is abused by his father still tries his hardest to win approval and love. A beaten wife forgives her husband and says it will be different this time, he’s promised. A man takes his partner back after she’s had yet another affair because he wants to believe her when she says it’s him she really loves. We’re so desperate for love that we can cling on to the wrong people – because really we know we’re not worth loving. Or that’s what we tell ourselves.

Alexa was a Christmas present, and at the very first Christmas God gave mankind a present, Jesus, a sign of his love for us. Much more than a sign. Love made into human form, into the life of a tiny vulnerable baby, who had the same needs as any baby: food, protection, care, and, yes, love.

And God sent Jesus because of his great love for us. For each one of us. Whether we are good, bad, or indifferent, God’s love for us doesn’t vary. Philip Yancey, an acclaimed Christian author, writes that nothing we do can make God love us more, and perhaps even more importantly, nothing we do can make him love us less. This kind of undeserved love is often hard for us to accept or believe. But God loves us not because of us but because of who he is.

‘God so loved the world that he gave his one and only son …’ This verse from the gospel of John (3:16) is probably the most famous verse in the bible, often seen outside churches and, especially I’ve noticed, on railway stations. There can’t be many people who’ve not heard at some point in their life that God loves them. As a Christian it’s the most fundamental of my beliefs. Yet.

It’s in my head but sometimes my heart loses its way.

If only each and every one of us could grasp how much we are loved by the creator – even in spite of ourselves – what changes might we see in our families, our communities, our nations?