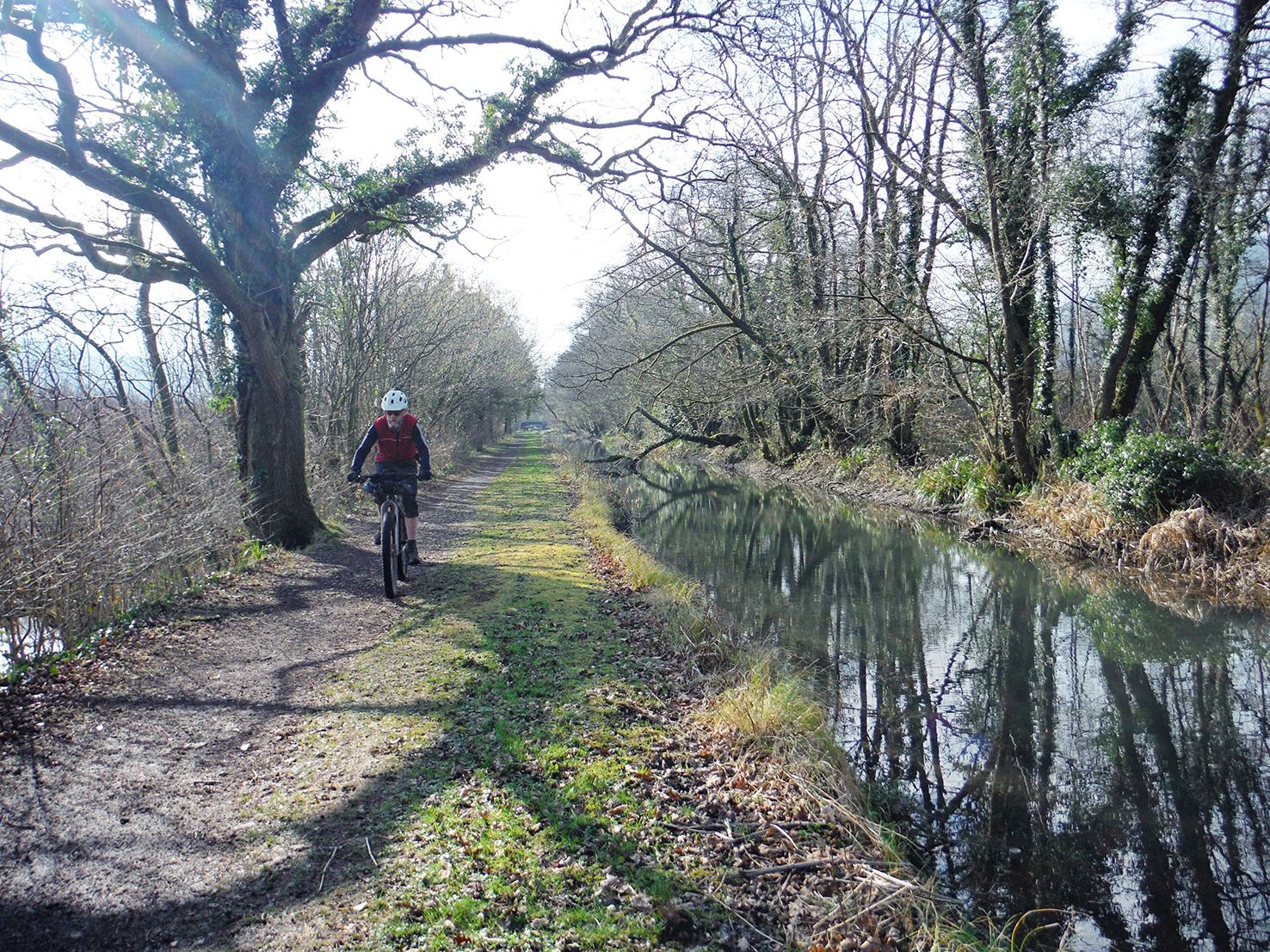 Kim following the tow path alongside the Neath Canal

As the nights are drawing out and spring is upon us I thought I’d put together an evening ride; what I had in mind was okay but a little short. Starting at the canal basin in Resolven, you head up the valley for a few kilometres, cross under the fast flowing A465 then back down the valley on the side of Mynydd Resolfen. I knew of a great track that traversed the bottom of the hill but needed to find something to add to this.

I spent a lot of time wandering around the woods familiarising myself with the plethora of trails there, but unfortunately many of these had been used and abused by motorbikes and had foot deep ruts so were completely unsuitable for a mountain bike. I decided to spend a weekend riding the area and managed to talk my friend Mark into riding with me on the Saturday. Towards the end of a frustrateing day on the bikes we found what initially appeared to be singletrack nirvana, until….

It reminded me of our paddling days when we’d be standing looking at a rapid knowing that there was a good chance one of us was would get trashed. This wasn’t a rapid though but a superb piece of narrow singletrack cut into the side of the hill and running down at an angle of about 45 degrees. This section of the hill was steep, very steep and littered with rocks and tree stumps; 20mts below the track was a small cliff about 10mts high. Mark walked off shaking his head muttering something about being too old for this as I walked up to get my bike. The problem was a huge wet, pitted limestone slab that lay across the path. I remember thinking whatever you do, don’t touch the brakes and I didn’t but the front wheel washed out on me whilst the back wheel kicked up sending me into the air. I landed on my knees and grabbed at some tufts of grass which came away in my hands as I fell away backwards. I hit the ground and again clawed for something in an effort to arrest my fall very conscious of the drop I was above but to no avail. The third time after another backwards somersault I again landed on my knees but this time I managed to stop myself; my legs were hanging above the drop and the bike was nonchalantly swinging above me, the handlebars wedged in the branch of a tree. ‘I’m alright!’ I screamed. Looking back up the hill I had by some incredible stroke of luck managed to avoid every rock and tree stump and escaped with only a small cut to my knee. For the second time that day Mark walked off shaking his head.

I went back out on the Sunday and spent a lot of time walking, pushing and carrying the bike and that seemed to be the theme for the day; lots of enticing stretches of singletrack and lots of dead ends. But then my luck changed and I found something that continued for longer than 200mts before becoming unrideable. Initially it contoured around the hill before climbing and, after a very short section of bushwhacking, popped out onto a forest road. This would do! There is a certain joy in riding a trail for the first time. It doesn’t matter how difficult or easy it is to ride and whether it’s on the hills of Kyrgyzstan or in your local woods. It’s the pleasure of not knowing what lies around the next bend and experiencing it for the first time that keeps that spark inside us glowing. 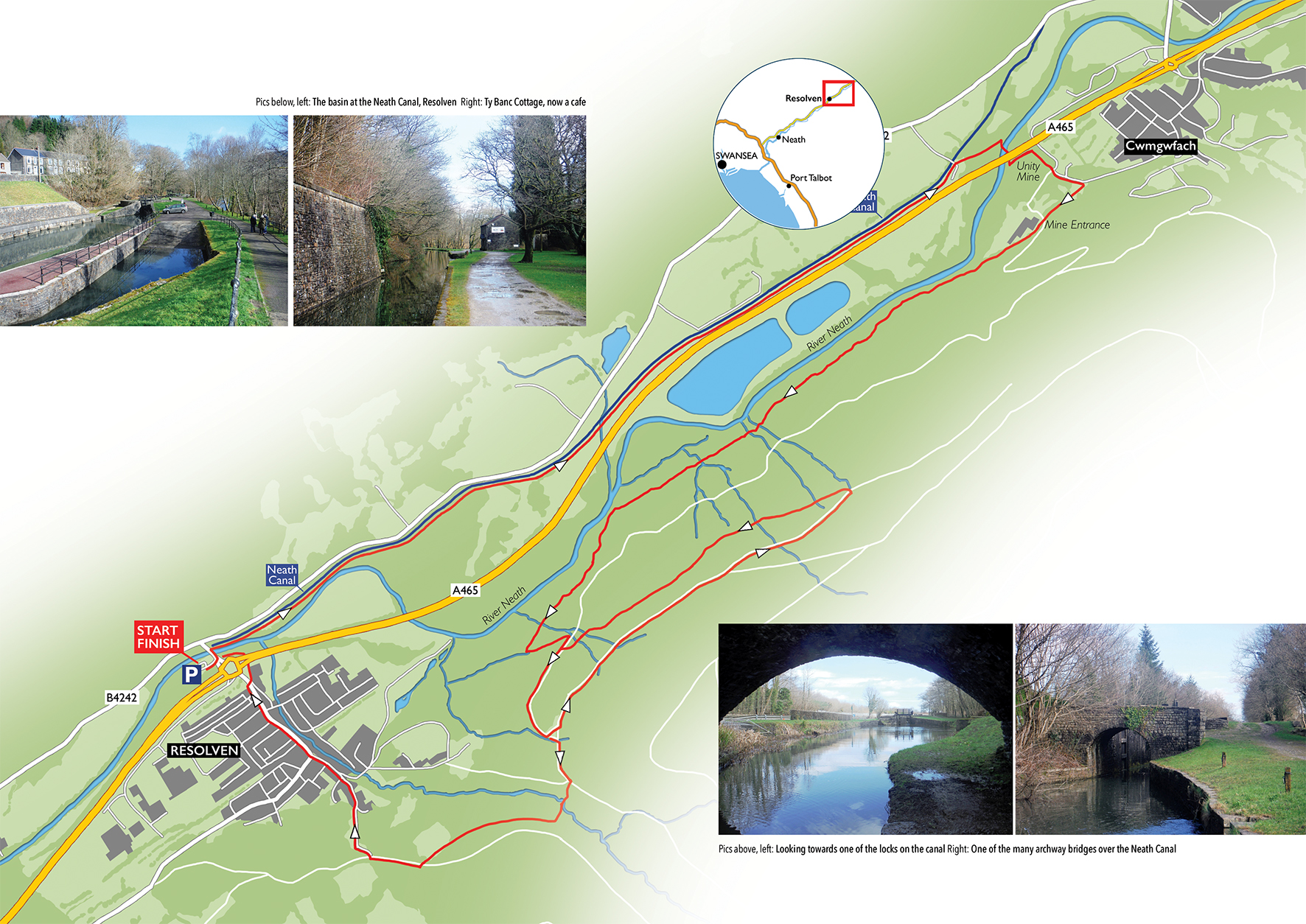 In previous articles I’ve tried to avoid going into too much detail regarding the routes as my ethos is always that the joy is in the discovery and not following something to the letter. However, some of the trails here aren’t marked on the Os map so I apologise if the next few paragraphs read like a guide book.

The small car park below the basin in Resolven is an ideal place to start the ride. There are toilets here to change in and it’s relatively safe place to leave your vehicle. As you follow the canal up from the wonderfully restored basin, you are cycling in the tyre treads of a Mr Will Evans who lived in Ty Banc Cottage (now a seasonal cafe) and was employed by the proprietors of the canal to maintain its banks and keep its waterways clear. Will worked on the canal for almost 50 years and for 35 of those he cycled this stretch daily as part of his inspection duties. After 4km you leave Will and turn right towards the river – look out for a sign marked ‘The Great Dragon Ride’, follow these signs for a short distance over the river and under the road. Then turning immediately left follow the track around and past the Unity mine. The first day I rode this the rain had been falling in biblical proportions, my clothes under my waterproofs were soaked and my waterproof boots had failed as I appeared to be suffering from trench foot. I’d had enough when I bumped into a chap in a long sou’wester with a great white beard. I thought it was Noah who’d been constructing his ark in the woods and had come down to rescue me but it turned out he was from Tonna and had worked in the mine for 11 years. This drift mine was bought by the people of the valley some 15 years ago and was operated quite successfully though on a small scale. With expansion ideas in mind they sought external investment which ultimately was the undoing of the mine and its workforce. The mine has now been closed for 3 years but there are plans to reopen it as there is still a substantial ‘bank’ of coal under the mountain – up to a million tonnes apparently. 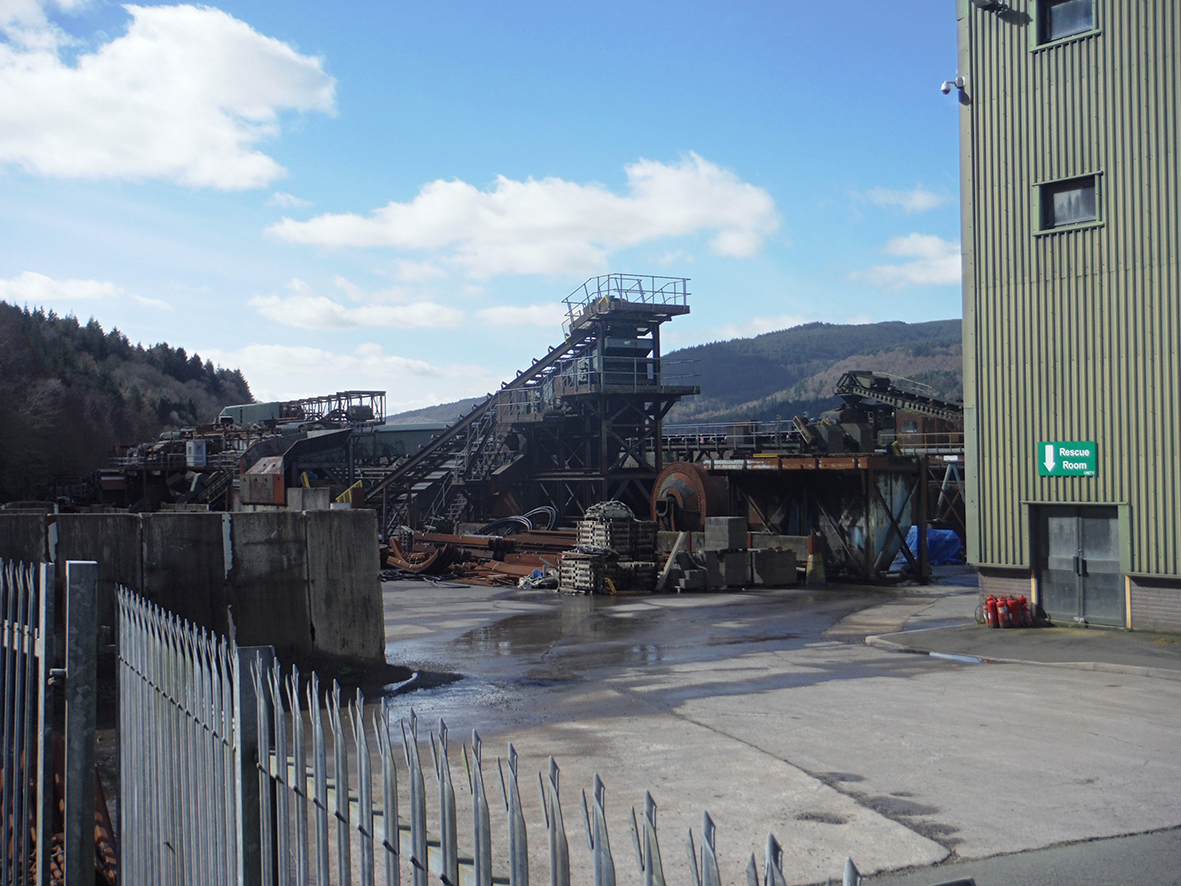 The gated mine entrance

Shortly after the entrance to the mine you’ll ride up a short hill before turning right – look out for the sign ‘Tecwyn’s Autos’. The fun is about to start! You’ll come to a locked gated entrance to the mine, pass this on your right and continue straight on, don’t take the forestry road on your left. The next few kilometres follows a wet, undulating, muddy path which is an absolute blast to ride; stick with it, don’t deviate and after a short climb you’ll pop out onto a forest road. Turn left here and after 130mts turn right. 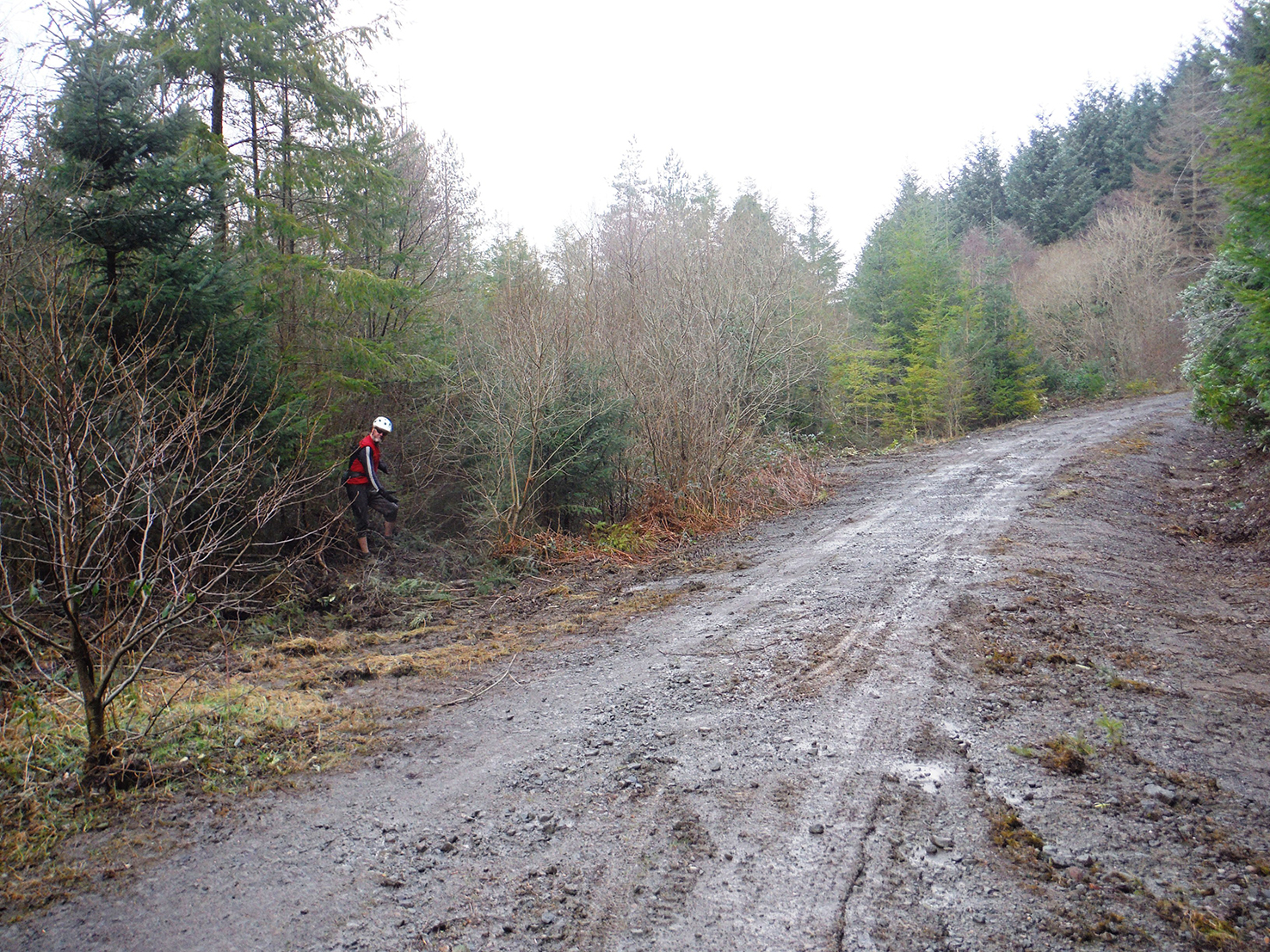 Kim pointing out the entrance to the hidden track he discovered

(Who’s bought a Gps then? Welcome to the 21st century Jones! In my defence I bought this for the desert in Morocco as I was concerned about distances, it’s no place to get lost). Follow this for 740mts before turning left. After 990mts take another left. If I’ve got my distances correct after 540mts you should see some evidence of a faint path through the undergrowth on your left side. If you’re in the right spot, the track in front sweeps up and to the right; ahead and to your left is a muddy trail. The path is hidden 5mts or so in front of this left turn.

I came across this purely by chance at the end of a long day and it became the missing link in the route. 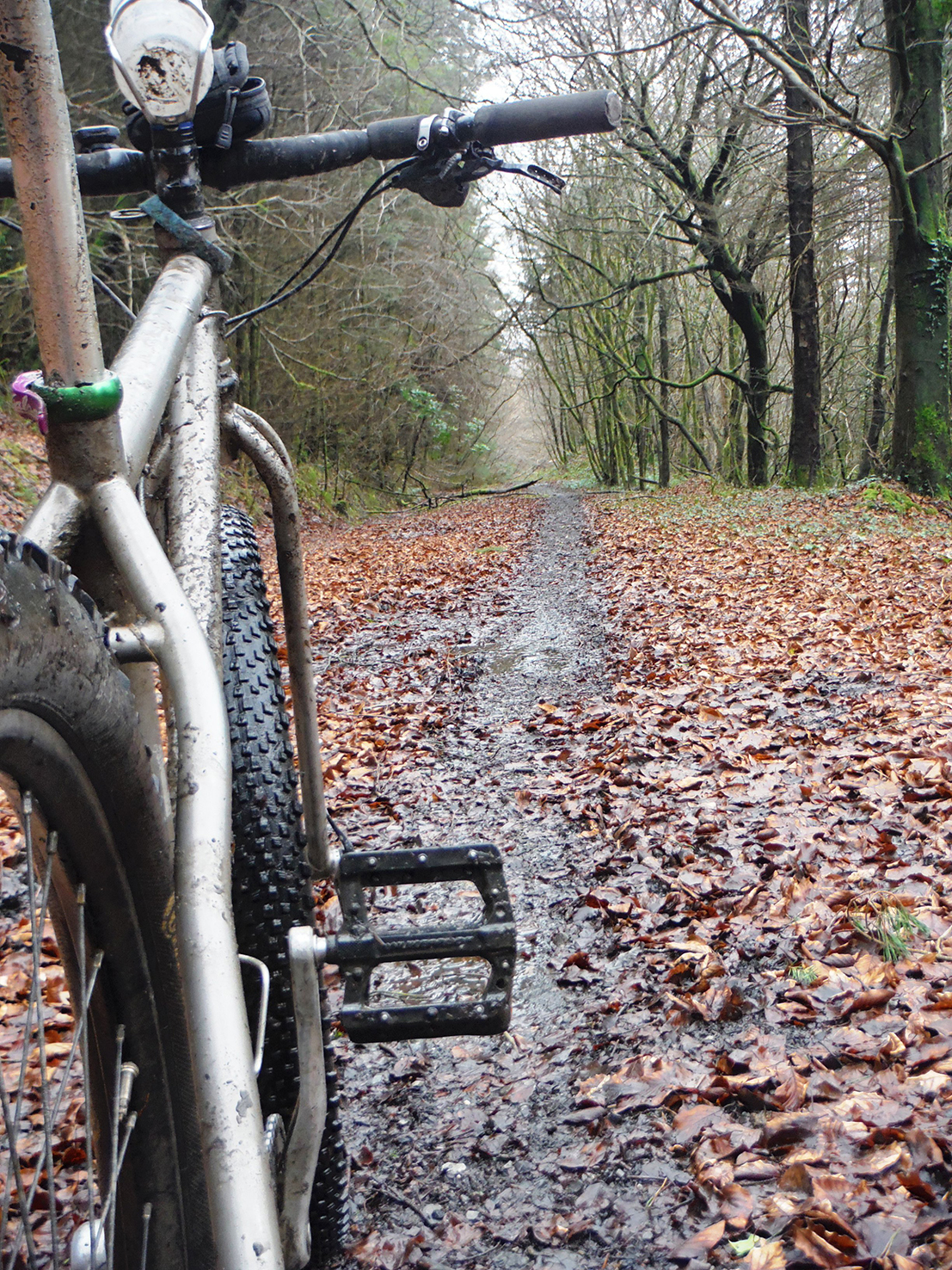 Mud and leaves everywhere on route through the hidden track

Feeling rather pleased with myself I got back on my bike and was shocked to see a fellow biker who seemed to have stepped out of a magazine shoot standing there in front of me; oddly he appeared rather nervous and had a slightly worried look on his face. I must have appeared lost for he proclaimed: ‘I know this area like the back of my hand’. Hmm, I glanced questioningly at his gloved hand then at the gps on his handlebars. He was immaculately kitted out whilst I must have looked like an escaped convict on the run from the police who had been living rough in the woods. This might have gone someway to explaining his apparent apprehension. Having been on the hill all day I was wet, filthy and my legs were covered in scratches from the brambles I’d climbed through; but worst of all I was smelling. Lodged in my beard were the remains of something a dog walker had neglected to pick up. Yuk! We chatted for a while and I tried to reassure him of my innocence, then ignoring his advice on the best way home I headed back to the Landrover. 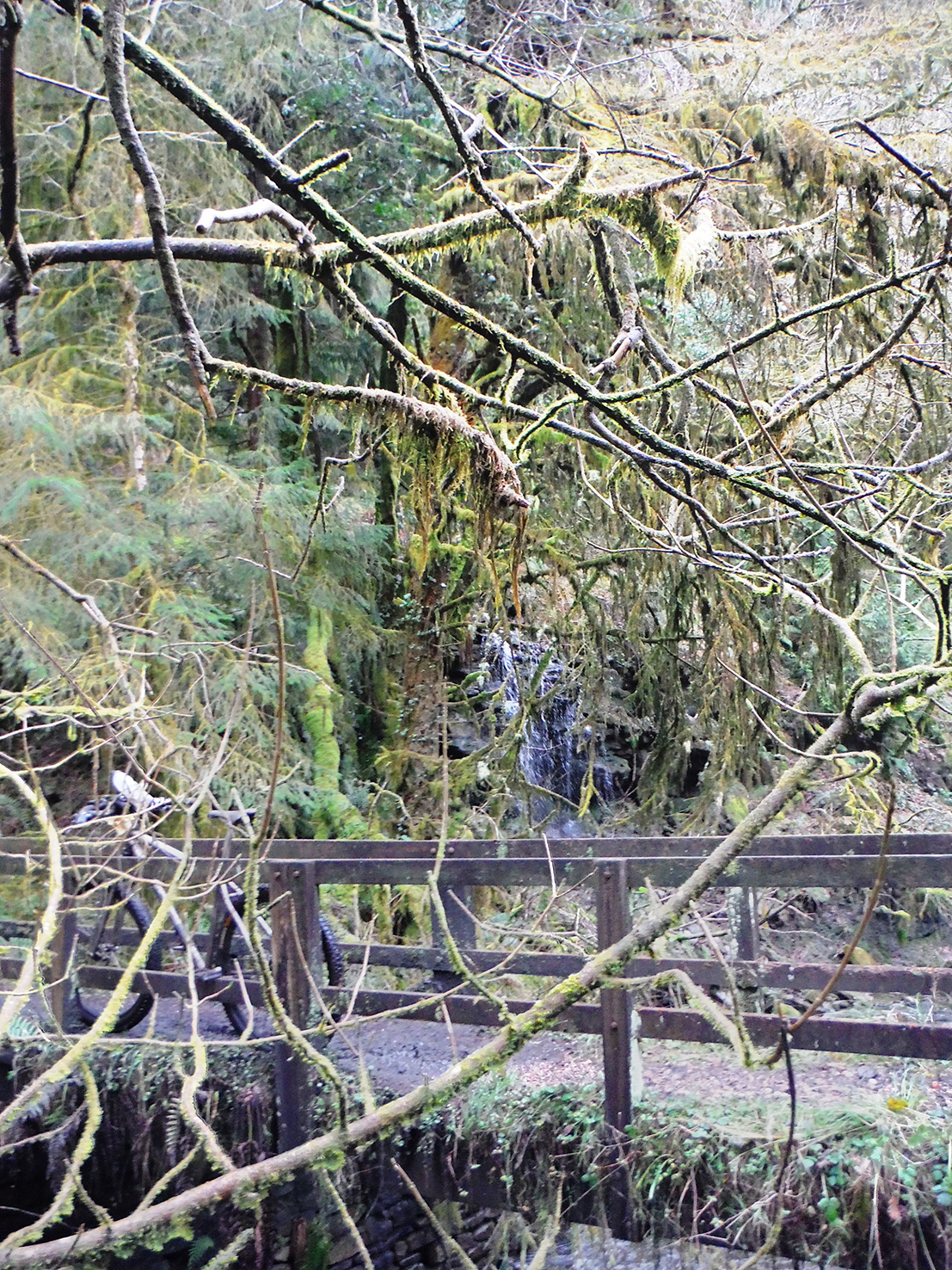 The wooden bridge over Clydach Brook

This route seems to have more than its fair share of ups but this is about to change. Pull the brambles out of your helmet, remount the bike and enjoy this piece of trail as it twists and turns its way down to the old tramway, I guarantee it will put a smile on your face, though possibly a nervous one! It levels off for a while before dropping down to another forest road. Turn left here and head upwards before turning right at the next junction, strangely this short section is tarmac. Pass through the barrier and ride straight across the road onto the old tramway, throw caution to the wind now and right this at full tilt. The track breaks as it crosses the river over a narrow slippery wooden bridge and there’s a short carry up some steps before it continues again. This wet, root infested trail is again best ridden at speed, careful though! Once again it pops onto a forest road, hoon down this keeping an eye out for a right hand turn marked with a bridleway sign which takes you back into Resolven. Rather than taking your life in your hands negotiating the traffic on the roundabout, use the cycle friendly footbridge which drops you opposite the basin car park. 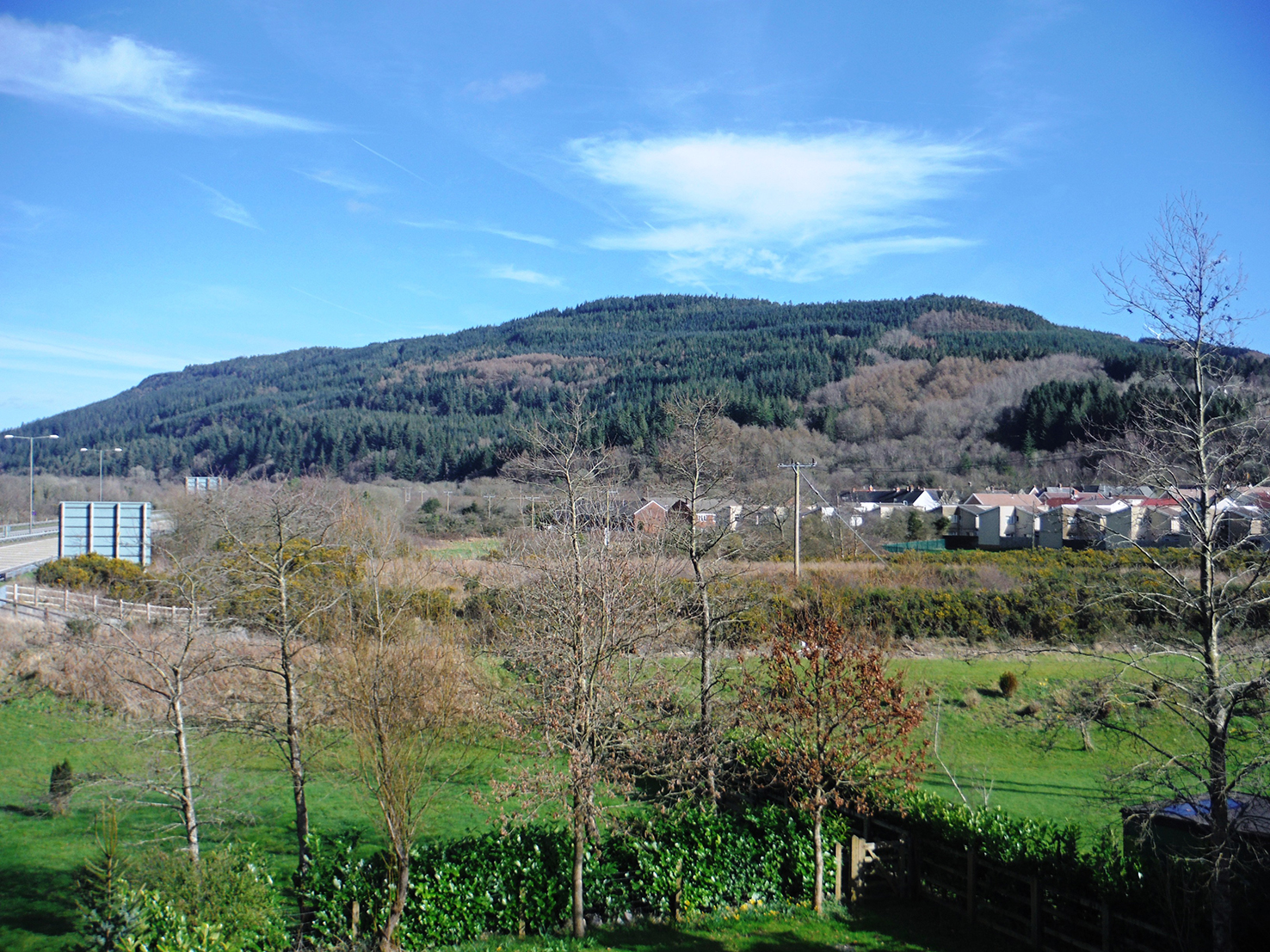 Though less than 16km I do enjoy this loop and it’s just right for an evening ride. Yes there’s a lot of climbing but this is all on double track and merely facilitates a link between some great sections of singletrack.