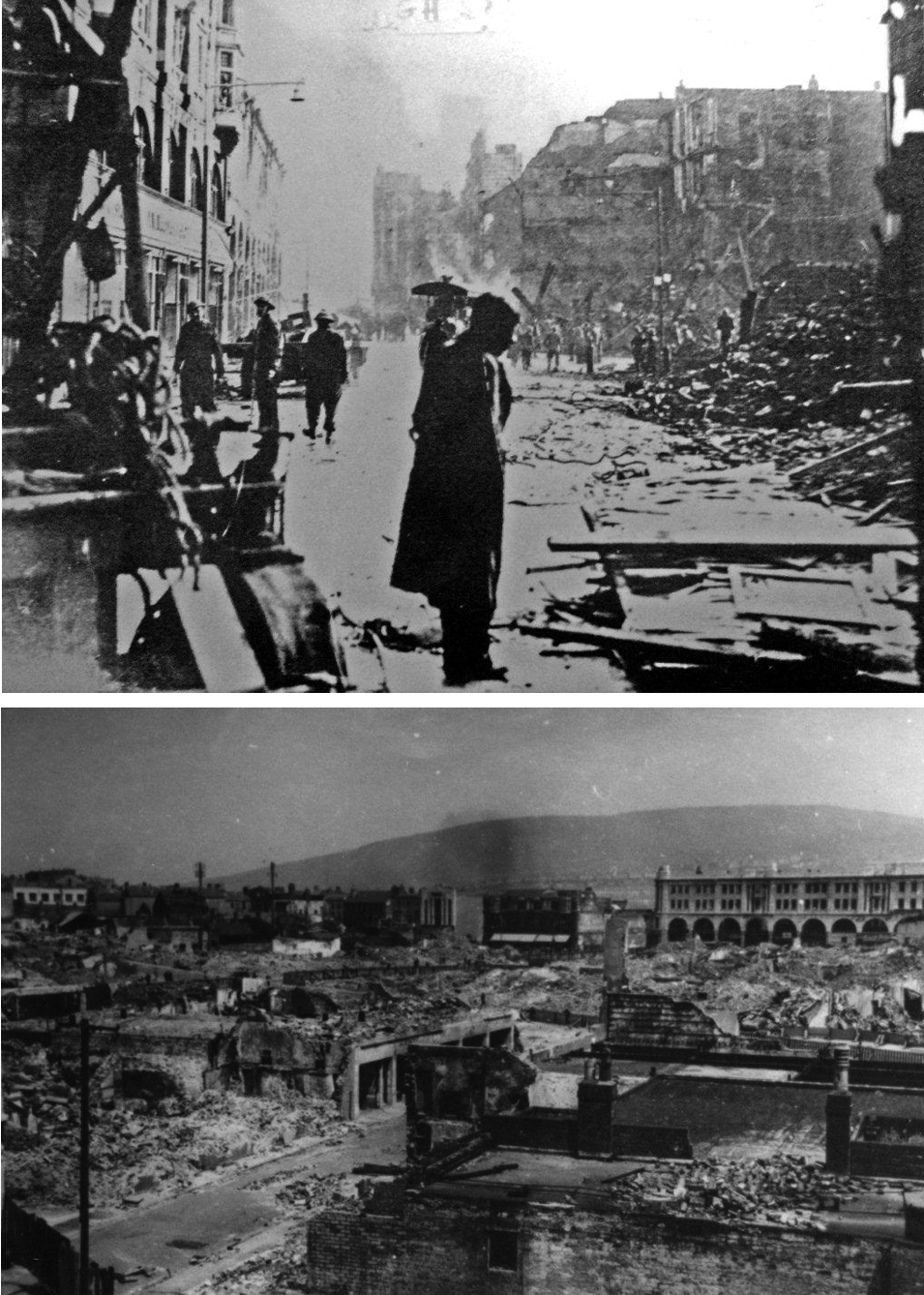 The morning after the Three Nights’ Blitz, Woolworth’s High Street store is on the left. The ruined centre of Swansea after the raids. Pics courtesy of ‘Swansea Burning’ by David Roberts

When writing articles about public records and buildings, it’s quite easy to explain the information available to the researcher or to describe a building. In this piece, I am going to try to get you to imagine the sounds of what was happening at a given event.

Four readers have contacted me with their family stories; the first Mr Chris Davies, CBE, DL, contacted me in regard to his fathers George Haydn Davies’s first wife Ida, who was killed during a bombing raid on Swansea. Following research on the Commonwealth War Grave Commission website, I was able to establish that Ida and her family were killed in the bombing of Swansea on Sunday 1st September 1940.

The first series of noises that I would like readers to imagine is the distinctive chug chug sound of the German Luftwaffe planes flying overhead, the anti-aircraft guns, booming, and the whistling of the bombs falling on the streets of Swansea. Add to this the sound of the sirens of which there were three, located in the Weaver building, the ‘new’ guildhall and the British Railway Goods Depot.

The Evening Post, dated 3rd September, 1940, which had some of their articles censored, reports the evening of 1st.“Fire crews were combating a blaze at a school on the hill (Mayhill School), when one of the raiders came down and machine-gunned them. The firemen had to take refuge under the fire-engine.”

“Before the night was out high-explosives bombs had been dropped apparently without regard for military objectives, in all parts of the town, many of the streets being strewn with debris and glass.”

“Fires were raging at a big hotel (Pembroke Hotel, St. Helens Rd), in a large commercial office building nearby, and at two warehouses in the centre of town. An incendiary bomb caused a fire in the offices of the railway station, but did not affect the track.”

“A family of five were wiped out in one house in a purely residential area (28 Russell Street). Three girls were buried by debris when their house was struck by a bomb. They were dead when a rescue party reached them”.

“The raid lasted some hours, during which the roaring of planes overhead was almost continuous, punctuated by the gun barrage and the deep explosions of bombs”. 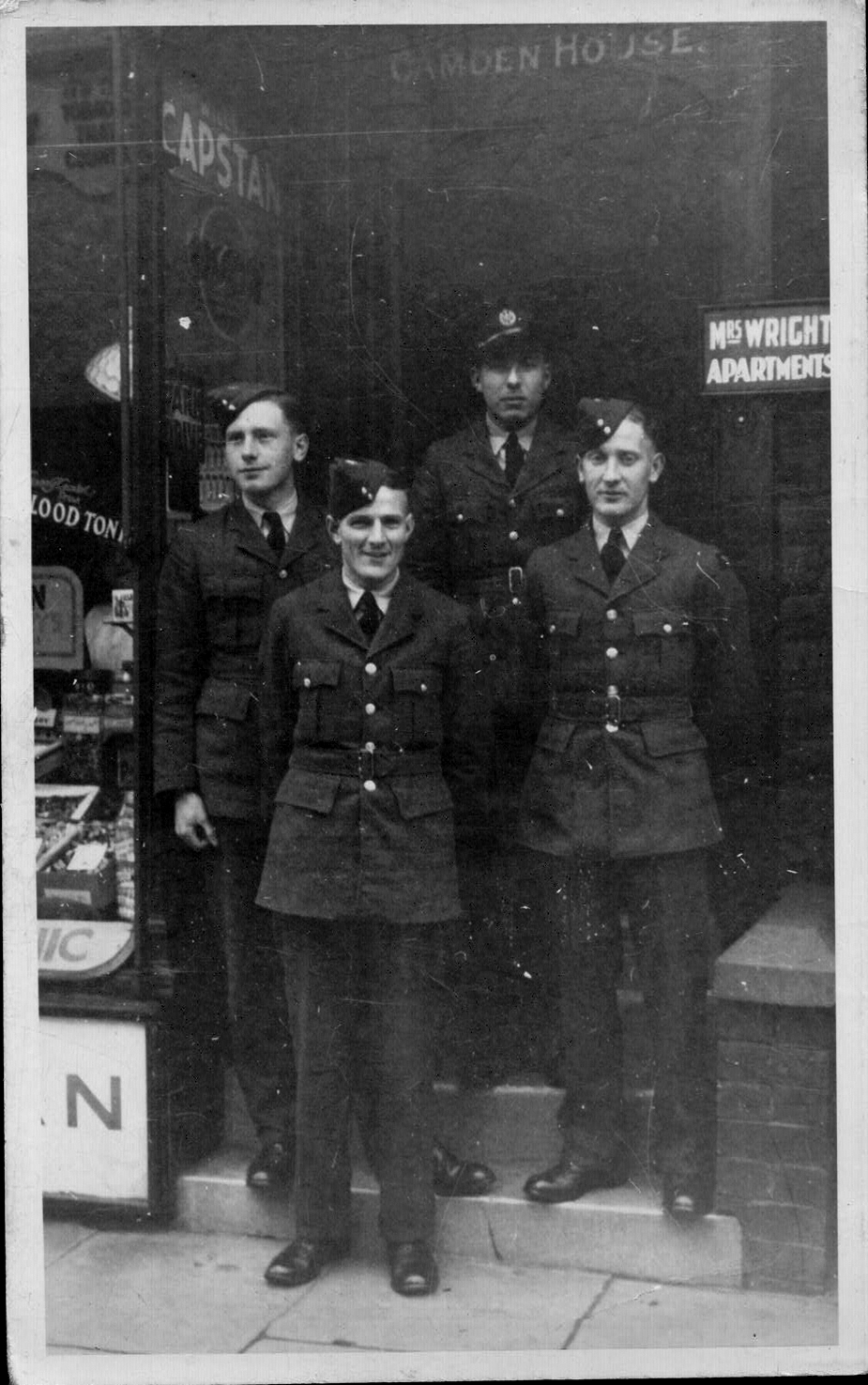 During this attack, there were 251 high explosive bombs and over 1,000 incendiaries dropped on Swansea, causing extensive damage, together with 33 killed and 115 injured. This was the worst bombing on Swansea before February, 1941. Ida Davies who lived at Broadway, Sketty had gone to her family home at Russell Street, where the house was hit. Her family, which included her father, Reginald John Jones (55), mother, Mary Kate (56), brothers, Kenneth (16), Alan Hirwain (12), and her daughter Jean Margaret Davies (6) were killed. Ida was rescued but she died the next day at Swansea Hospital. They are all buried at Oystermouth Cemetery. Leading Aircraftman George Haydn Davies was based in Blackpool; it took him 36 hours to travel back to Swansea due to the wartime travel restrictions and blackouts after he was told of the ‘incident’.

The bombing didn’t stop there – it carried on till February 1943. During the Three Night’s Blitz, 19th-20th-21st February, 1941, Swansea suffered 14 hours of bombing, resulting in the town being almost completely obliterated by 896 high explosive bombs. There were a total of 230 deaths and 297 injured. The Palace Theatre, High Street was used as a morgue during this period.

Now we shall move on to February 1941. Mrs Margaret Williams, contacted me with her father, Thomas Edwards’ recollections as a fireman fighting the fires after the Blitz. Margaret recalls “Thomas was one of two firemen who had survived the war without serious injury. They worked around the clock putting themselves on the firing line from bombers, unexploded bombs, blasts from bombs, and shrapnel bouncing off the ground and the heat from the raging fires, and the dangerous buildings” 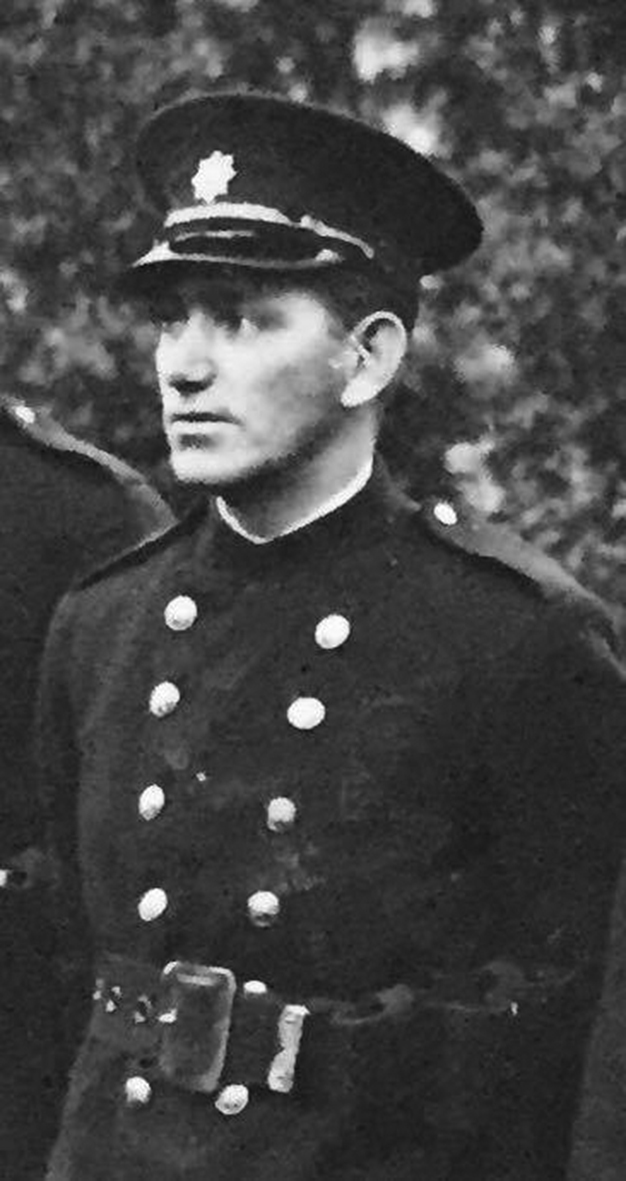 “Although my father suffered from minor injuries, he and his fellow fire fighter were caught in an intense blast which hurled them to the ground. The other fire fighter had his leg ripped open from hip to ankle”.

Early in the war the firemen were given orders, that they had to wear their straps of their helmets across the back of their heads to prevent injury.

“After the three nights, my father, had worked continually, dawn broke over a flattened town with streets smouldering and obliterated”. Thomas was exhausted, red eyed and heart-broken, sat down and cried. In recognition for his bravery and endurance, Thomas had a few day’s rest at Llandrindod Wells. It was during this time, that the Luftwaffe found Llandrindod Wells and bombed here.

Another reader, Fay Baker, contacted me with regard to her father, Dr. J.S.G. Brookman’s memories. He recalled seeing the dog fights in skies above Swansea. He also remembers going to the Empire Theatre, to see Gracie Fields perform. She refused to stop when the sirens went off, and on leaving the theatre he found that all that was standing was the church. 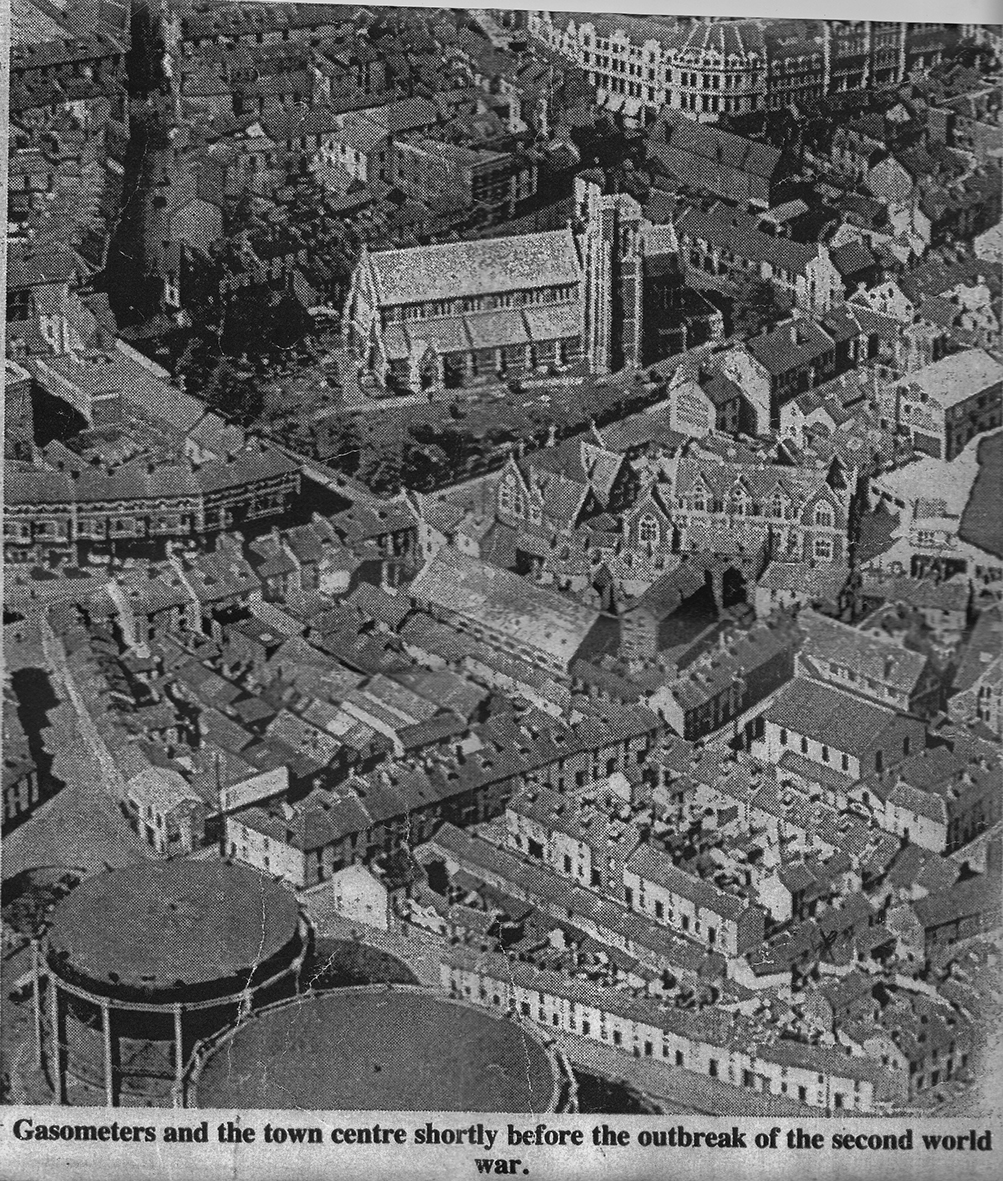 One of those also affected by the bombing during those awful three nights was Mrs Patricia Doyle nee Robinson, who was living with her mother at 14 Kynaston Place. On the night of the bombing they had been sheltering in the communal shelter, located in the present Tesco car park. As they walked home they called into her grandmother’s house, at no. 1 Kynaston Place, as they looked along they saw that their house was a blaze. They were evacuated up to the Penygroes/Blaenau/Llandybie area. 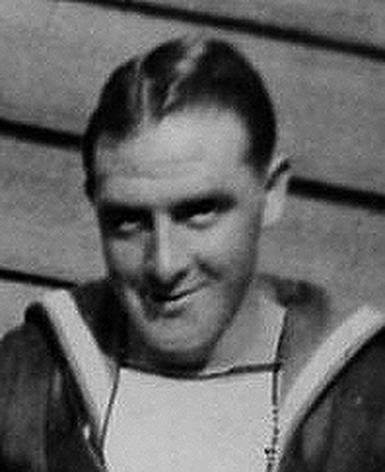 Whilst Swansea was being bombed, Patricia’s father, Leslie Benjamin Robinson was serving with the Royal Navy. He was ‘on board’ H.M.N.B. Drake, Naval Establishment, Plymouth. Leading Stoker Robinson first served on board the H.M.S. Dorsetshire which was bombed and sunk by the Imperial Japanese Navy aircraft on the 5th April 1942, with the loss of 215. Also on board, who lost his life, was Sketty man, Herbert Vincent Thorne, (29). He is commemorate-ed on the Plymouth Naval Memorial. Secondly, Robinson served along with his cousin George White and two other Swansea men, Frederick Clifford and John Thomas on the H.M.S. Hecla, which was sunk by the German U boat U-515 off the coast of Gibraltar, on 12th November 1942. Stoker 1st Class, George White (24) lost his life. He is also commemorated on the Plymouth Naval Memorial.

Those who are interested in obtaining RAF records should contact: – The RAF Disclosure, Room 6, Trenchard Hall, RAFC Cranwell, Sleaford, Lincs. NG34 8HB. There is a 25 years’ closure after death of the individual.

And those who are interested in obtaining other military records should contact: – The Army Personnel Centre, Army Disclosures, Kentigern House, 65 Brown Street, Glasgow, G2 8EX. There is a 20 years’ closure after death of the individual.

Town before the outbreak of war, with kind permission from Mrs Patricia Doyle