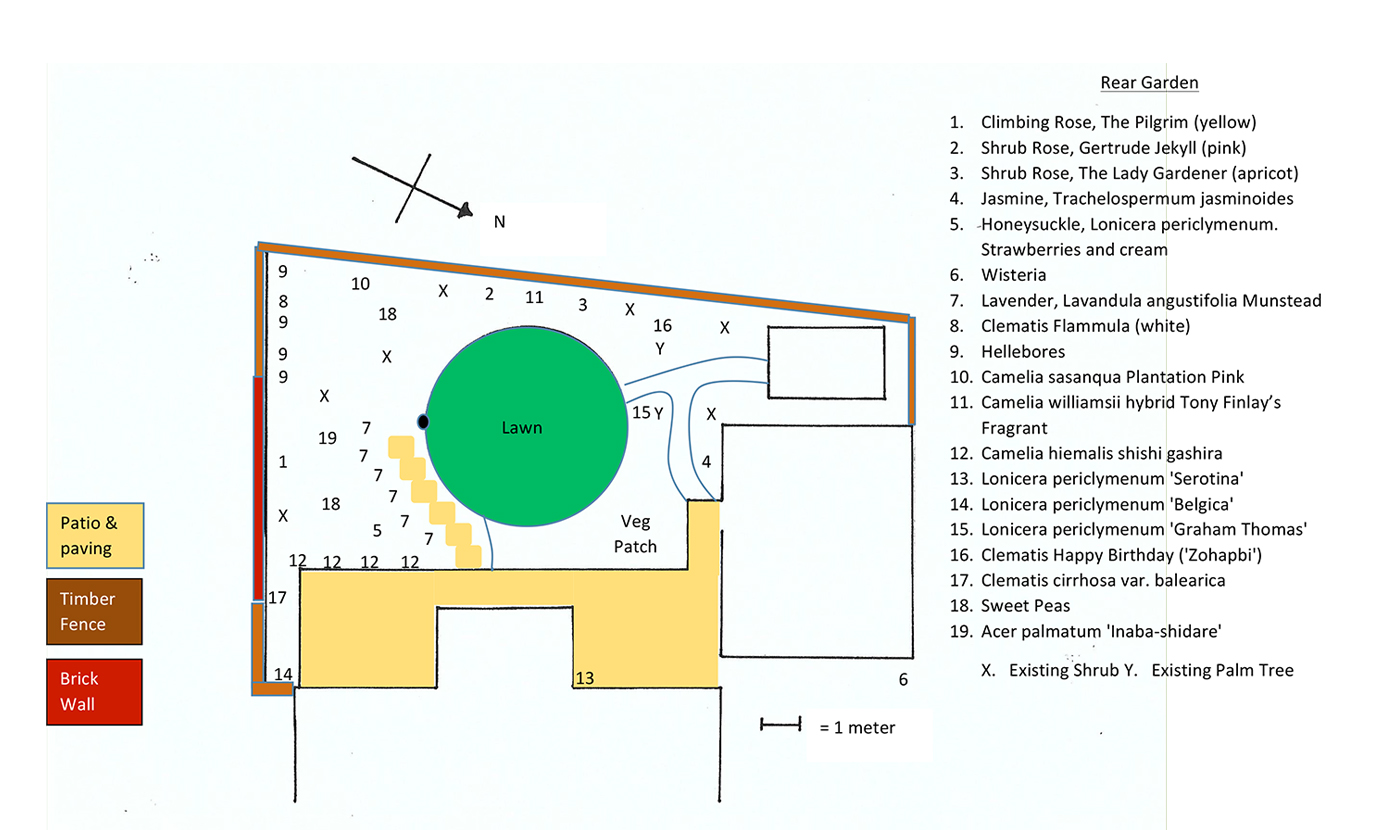 Well the last few months have flown by, the plan has been through a number of iterations for various reasons including:-

The discovery of a number of drainage inspection points that were hidden either by plants or pebbles.

A visual analysis of the soil beneath the pebbles, indicating it to be poor quality subsoil, laden with builder’s debris.

The brief changing a little as my friends’ thoughts evolved.

The current planting plan looks like this (diagram above right).

Virtually all the plants have been purchased. Their selection being based on the idea that they had to earn their place. So virtually all the plants are either scented, flowering at different times in the growing season or other additional benefits. So even in the depths of winter, there should be something providing a scent, flower or a berry. I haven’t listed any of their attributes in this article, if I had, there would be room for precious little else. I suggest you Google them to find out what they are, but buy them from your local garden centre. If they don’t have them, they can easily order them for you. 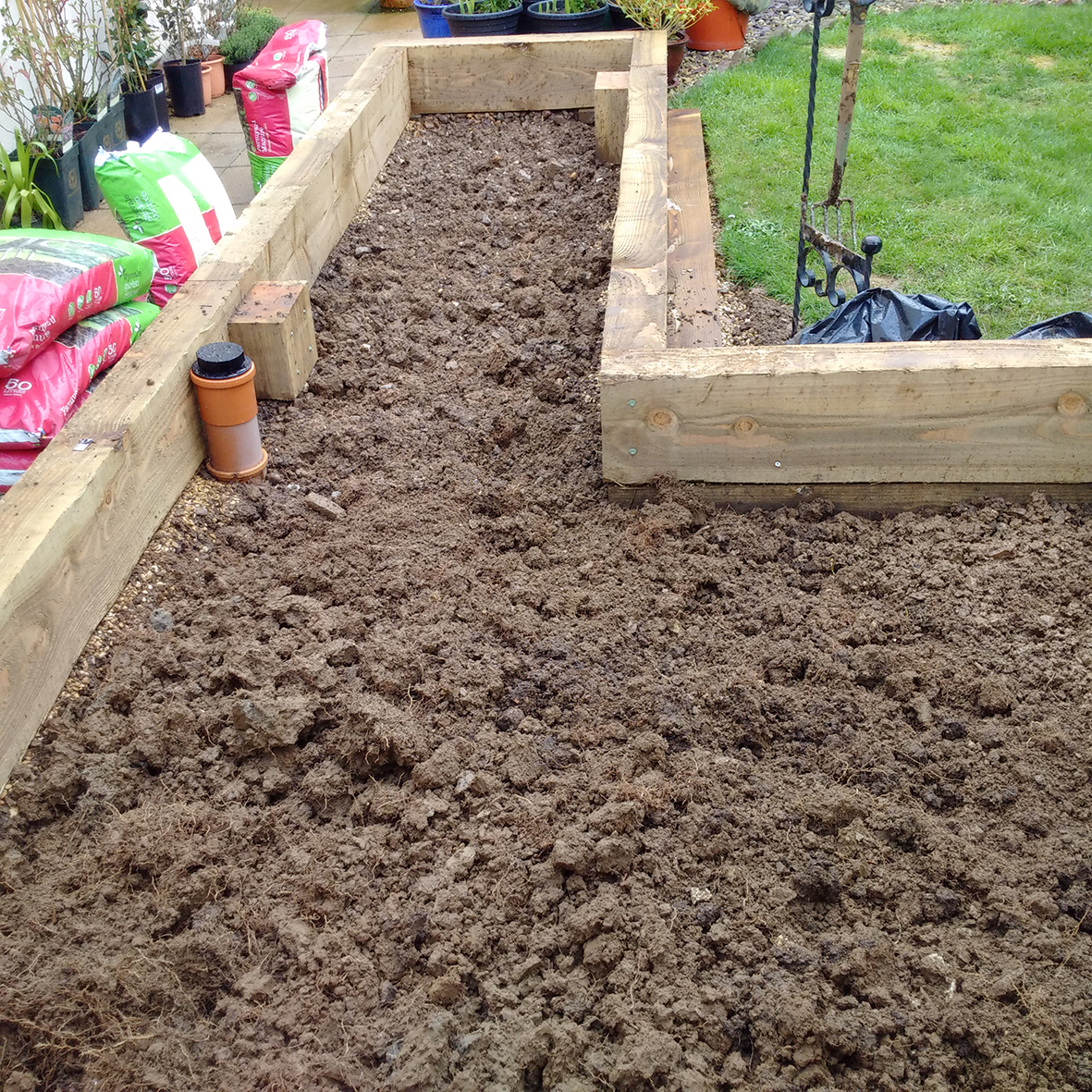 The veg patch has now become a raised bed, to counter the impact of the poor subsoil. This was given the priority, as the sowing season will be rapidly upon us. This has eaten quite dramatically into the budget, as neither railway sleepers nor good quality top soil come cheap. The raised bed gives approximately 6 square metres of vegetable garden, enough to grow plenty of beans and salad stuff through the summer and curly kale and other brassicas for the winter months.

The picture (left) shows the ground being prepared for the addition of the top soil. It has been loosened up using a fork, large stones and rubble removed, had bone-meal added to it and a layer of spent compost. The next step will be a layer of topsoil followed by manure, then the remainder of the topsoil. Removing the layer of pebbles that was originally covering the veg patch has proven to be quite a chore, mainly because a fabric barrier hadn’t been used under part of the area, resulting in the pebbles becoming embedded in the clay beneath. It took a lot of time and effort and resulted in 16 rubble sacks being collected. These will hopefully be re-used elsewhere in the garden.

By the next edition of Bay, the veg patch will be finished, with perhaps broad beans and peas having been sown. The planting out of the remain-der of the garden should be well underway as well.