Many thanks to everyone who signed our ‘Save Swansea Museum’ petition. The large number of responses (6,098 to date) and the comments many of you left show how much people in and beyond Swansea value the Museum and what it does.

Representatives of the the Royal Institution of South Wales, which acts as the Friends of the Museum, held a meeting last month with Rob Stewart, the Leader of the City and County of Swansea Council.

We handed over the petition to him, with an anonymised selection of your comments. We appreciated, we said, the harsh financial pressures on the Council. But we out-lined our vision of a flourishing and expanding Museum as an alternative to a ‘minimal’ service that is the inevitable conclusion of withdrawing blocks of revenue funding each year. We offered the help of RISW members in planning a strategic and financial future for the Museum.

If you would like to help us in our campaign, why not join the Royal Institution?  You can find details of membership on our website www.risw.org 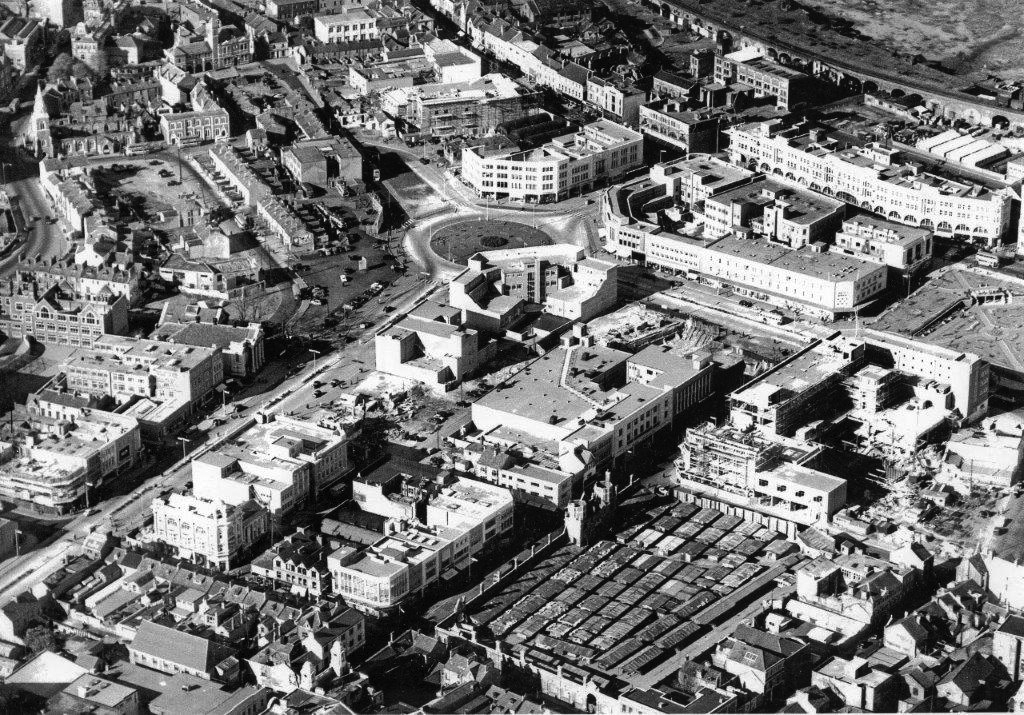 Wow! Before long it seems we might not recognise Swansea. Recent weeks have brought so many positive announcements about what the future holds it has left most of us reeling. All of these mean that Swansea is certainly set to keep up with the times. Changes are something the city’s residents have been used to since early times, none more so than during and after the Second World War when the city centre was razed to the ground by aerial bombardment. It took a long time for the efforts to put the heart back into Swansea to reveal themselves. Look closely at the picture here and you will see that key elements of today’s vibrant metropolis are still missing in 1955.

This enlightening photograph is drawn from Swansea Revisited the latest and 19th book from former city journalist and publisher David Roberts. The book captures some fantastic glimpses of Swansea in the past. For details on how to buy a copy, visit www.bryngoldbooks.com or phone 01639 643961. Pictures are currently being sought for what it is hoped will be a further volume due for publication in early autumn.

I picked up a copy of the Bay at Pennard Golf Club and found it an excellent local magazine full of varied and most interesting articles.

There is no other local magazines to touch it. I am amazed at the quality of printing of local magazines and the variety of very talented local contributors. I particularly liked the first article that caught my eye – the mountain bike trails. What I would have given if these books were available when I was in my teens or when I was teaching geography in the 60s /70s taking parties of pupils on field excursions. (I am now 88 yrs old).

I will be looking out for your April edition.

Meanwhile, coffee breaks will be enhanced with a read of one of the articles. 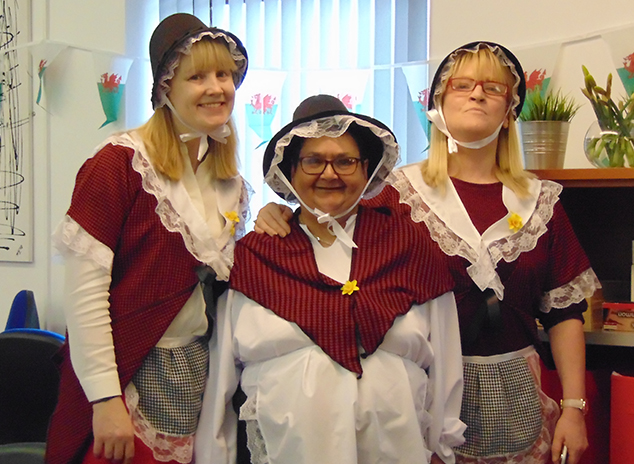 Tracscare’s has opened ‘Y Hwb’ (The Hub) in Swansea – an innovative new training centre designed to improve access to training and education courses for individuals with Learning Disabilities, Mental Health Needs, Autism and Acquired Brain Injuries (ABI). Y Hwb was established to offer a new approach to supporting people by empowering them to pursue their own interests. The centre’s primary aim is to enable people to maintain positive mental health while providing activities to assist in achieving a more independent life.

Tracscare’s Y Hwb will primarily offer training courses, which will vary each term. This term’s courses include performing arts, ‘positive steps’ – an Acquired Brain Injury therapeutic group which focus-es on cognitive and social rehabilitation – and drop- in creative craft sessions. The centre will also act as an easy and relaxing place to meet for the people Tracscare supports in South Wales.

The volunteers, trust members and employees at a community-run woodland in Swansea are celebrating after winning a national environmental award. The Penllergare Trust won the Wales Council for Voluntary Action sponsored by Class Networks award for organisations that have helped deliver environmental benefits for their communities.

The Penllergare Trust has more than 100 volunteers ranging from 8 years old to 87, and last year was one of only two sites in Wales to be presented with the Queen’s Award for Voluntary Service. The Trust was set up in 2000 to restore the landscape, which contains lakes, a walled garden, a waterfall, and some nationally important historical features – one of the first photographs taken of the moon was from its observatory. 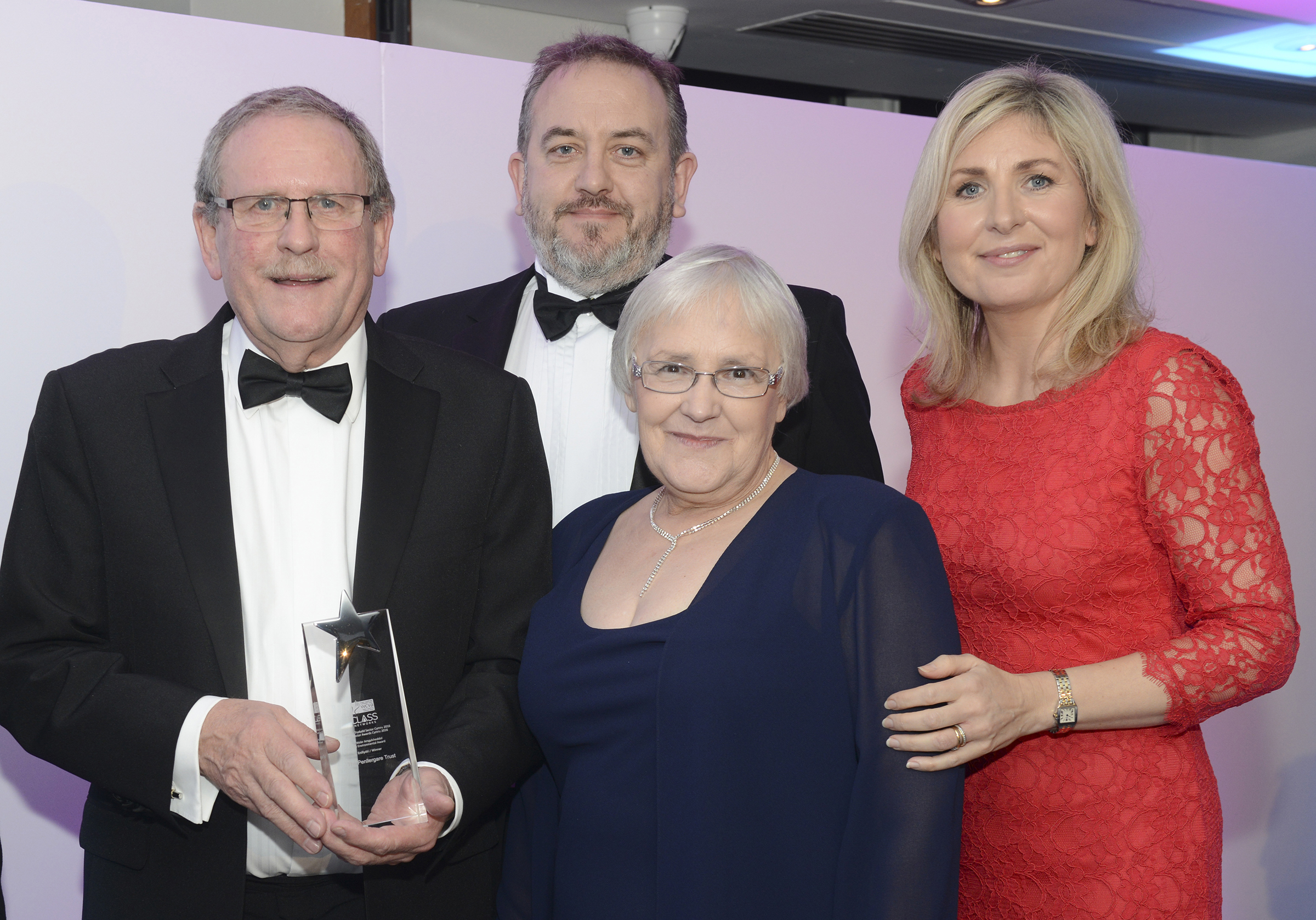 Most recently, the Trust has created a number of conservation areas at Penllergare. Its habitats support a wide range of flora and fauna including otters, water voles, ravens and kingfishers.

A hydro-electric turbine provides the coffee shop with electricity, with excess to export, and this element of renewable energy is promoted to groups and schools to demonstrate the local and global impacts of such schemes.

The Trust integrates into neighbouring community regeneration issues, working with groups to provide a wide range of activities and events engaging local people.