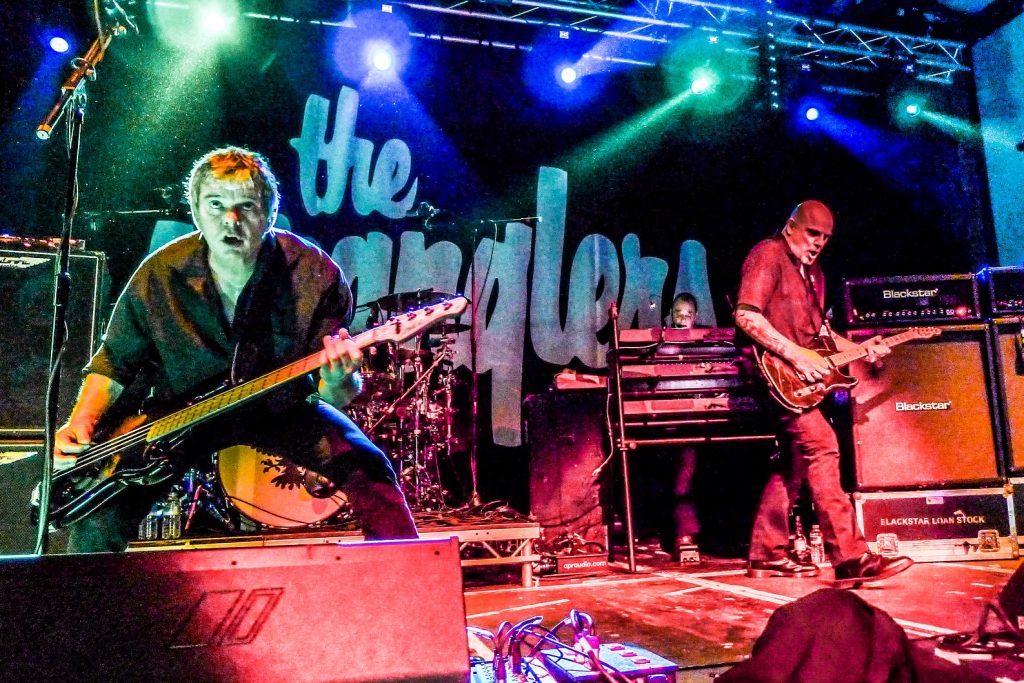 The Stranglers treat a capacity Bristol O2 Academy crowd to a feast from their formidable back catalogue on a balmy March evening.

Ruts DC (formerly The Ruts) provide admirable support, the first notes of Babylon’s Burning being greeted with a roar, lead singer John ‘Segs’ Jennings acknowledging the track as their most recognisable with a, “Here it is!” quip.

Suitably warmed up, The Stranglers are welcomed on stage, with lead singer Baz Warne announcing,  “It’s gonna get hot.”

There follow two hours showcasing the band’s artistic virtuosity, from the down-and-dirty Peaches and Nice ‘n’ Sleazy to the perfect pop of Always The Sun and Strange Little Girl.

Formed in 1974, two original members remain, with Jean-Jacques Burnel on bass and vocals and Dave Greenfield on keyboards (and lead vocals on Genetix) along with Warne on vocals and guitar with Jim Macaulay on drums. Founding singer/guitarist Hugh Cornwell departed in 1990 while drummer Jet Black toured until recent years.

The band’s fans have matured with them and tonight some have brought their children (a strikingly young girl may even be here with grandparents.)

Gig-going has changed dramatically over the decades – the smoke, sweat (and spit?) of the seventies replaced by an altogether more demure atmosphere for most of tonight.

The slow-burning crowd are appreciative of their idols, seemingly here to watch a performance rather than give themselves up to it. Thankfully, almost all are here to properly enjoy the moment, with little smartphone recording observed.

Three front-row-women have come prepared with fans, and when Burnel asks them to cool him down they oblige willingly.

Golden Brown is accompanied by a light show creating a merry-go-round effect – had there been space to waltz some may have broken out.

There is little band/crowd interaction until Warne confesses to making an error (or words to that effect) during Who wants the World?, at which stage a heckler challenges his musicianship. Warne is keen to show he is in charge, retreating a few steps with Burnel to take time out with drinks, clinking beer bottles triumphantly. “The man with the microphone always wins!” he exclaims, before requesting, half-seriously – a Vimto or Cosmopolitan for refreshment next concert.

This exchange is followed by the sublime Walk on By, bringing to mind live renditions of Light My Fire. This Bacharach classic features a keyboard solo giving Greenfield space to expand – The Doors’ Ray Manzarek himself would have applauded.

By the time Duchess ends the crowd is singing along, the band leaving the stage after the next song, Something Better Change.

The roadies affect to dismantle equipment but everyone knows an encore is due, Go Buddy Go giving a respectful nod to Johnny B Goode.

A second departure is followed by a return to an eagerly expectant crowd, frantic guitar chords heralding the anthemic No More Heroes.

At last! There is moshing and a fan tries half-heartedly to rush the stage before the bouncers, grateful for something to do, escort him to a wing.

Whatever happened to the heroes? They’re still rocking…