In 2017 Circus Starr celebrates 30 years of touring circus magic, fun and laughter to some of the most vulnerable children in the UK. What a journey it has been! Circus Starr is the UK’s only circus with the purpose of hosting free, inclusive and relaxed circus performances to children who are often excluded from live arts events of this kind, due to their needs or circumstances. 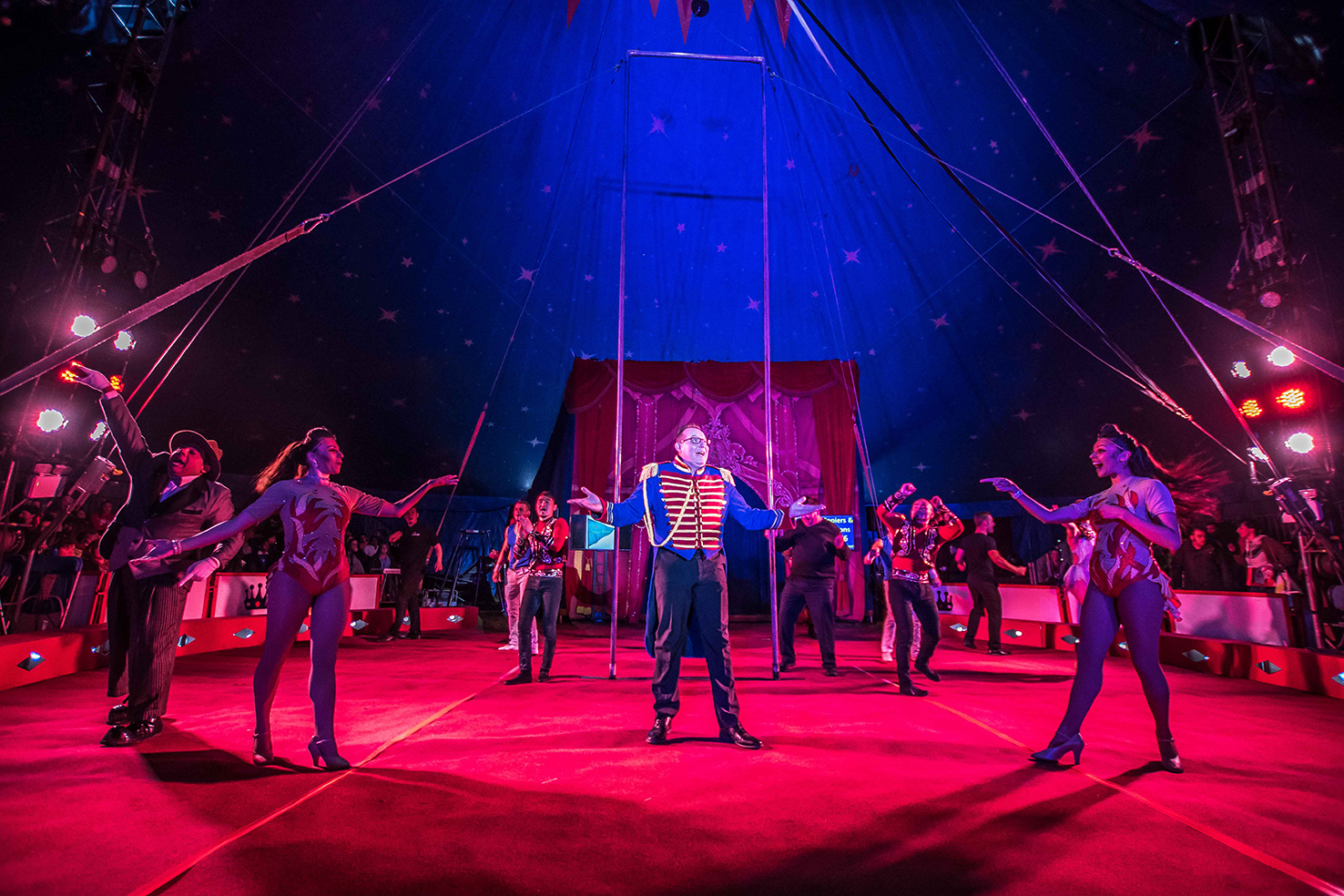 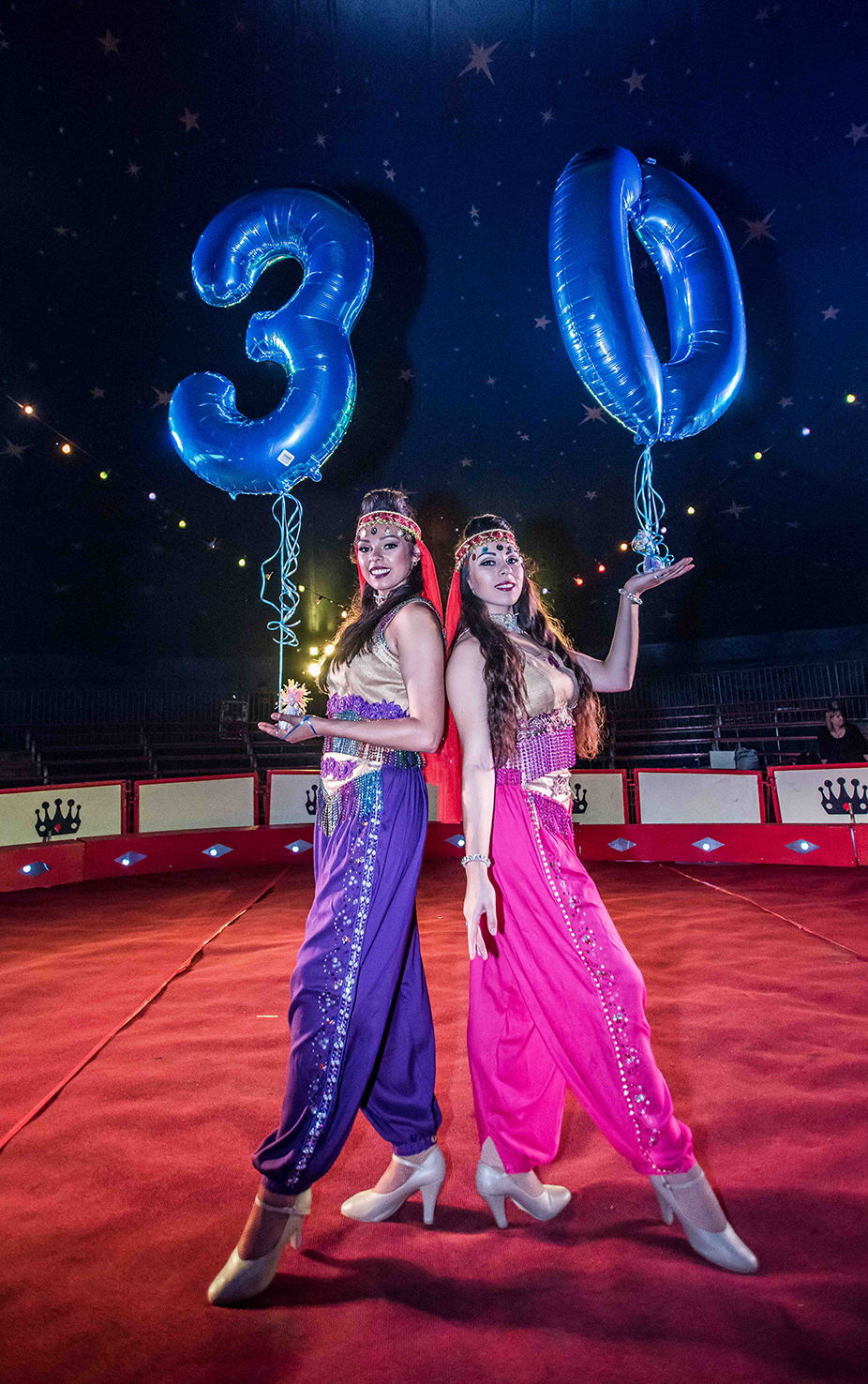 Circus Starr was the brainchild of the Gandey’s Circus, who staged a benefit circus show to raise much needed funds for a hospice caring for a friend of the family. From these small beginnings Circus Starr now tours to 75 venues a year from Dundee to Saltash captivating youngsters facing all sorts of challenges in life, with the thrills and spills of traditional, world class circus.

Come rain or shine, two recessions and negative press about charitable fundraising, Circus Starr has kept on rolling, welcoming the hardest to reach children and their families under their starry canopy. We’ve received some incredible feedback, from parents and children alike, over the years.

Parents and carers value the accepting atmosphere created by the troupe and crew. One mum commented, “Our family would like to thank you. My daughter, who has profound multiple, physical and learning disabilities, had an amazing time; ringside seats; arms flapping, wheelchair rocking in delight!”

Families look forward to our annual visits and the benefits of our long standing relationship with our audience is summed up in this father’s feedback, “The show you put on this year was out of this world…Thank you for being an important part in my son’s life and development without even knowing it.”

Circus Starr became a CIC in 2010. (Ed. A com-munity interest company (CIC) is a type of company introduced by the United Kingdom government in 2005 under the Companies Act 2004, designed for social enterprises that want to use their profits and assets for the public good). We owe our success to the businesses that support our donated ticket programme, many of whom re-pledge each year. In return, businesses relish the opportunity to do something good and different for vulnerable children living within their communities. Our tickets are always in high demand and distributed through a network of charities, schools, support groups and other agencies.

One of our proudest moments was receiving the National Autistic Society’s Award for Best New Technological Innovation for our mobile app, Show and Tell in 2015. The app was funded and supported by Nesta’s Digital R & D Fund and designed to help children with autism prepare for a trip to see Circus Starr. Children with a disorder on the spectrum often find unknown situations daunting so the app allows them to preview acts and familiarise themselves with the Big Top ahead of show day.

Show and Tell is free to download from either the App Store or Google Play. It’s been really well received and has given families living with autism the confidence to explore other arts and cultural opportunities. We hope in the future to make the app available for re-purposing by other family attractions and events to create better access for the 2.8 million people living with autism in the UK.

For now we’re gearing up for the Spring Tour that kicks off on 22nd April with an amazing line up of international acts, including Britain’s only female clown Andreea Delbosq and the Havana Troupe – making their first ever UK appearance these 4 incredibly talented Cuban acrobats will be display-ing their strength and agility as they somersault high in the roof of the Big Top on gymnastic bars.

CIRCUS STARR WILL BE IN SWANSEA ON 7TH JUNE AT THE LACROSSE FIELD IN SINGLETON PARK.

Circus Starr welcomes any donation, big or small. £20 buys a ticket that enables a vulnerable, sick or disabled child to enjoy the magic of the circus. Any business wishing to make a donation should contact Circus Starr directly on 01260 288690. www.circus-starr.org.uk