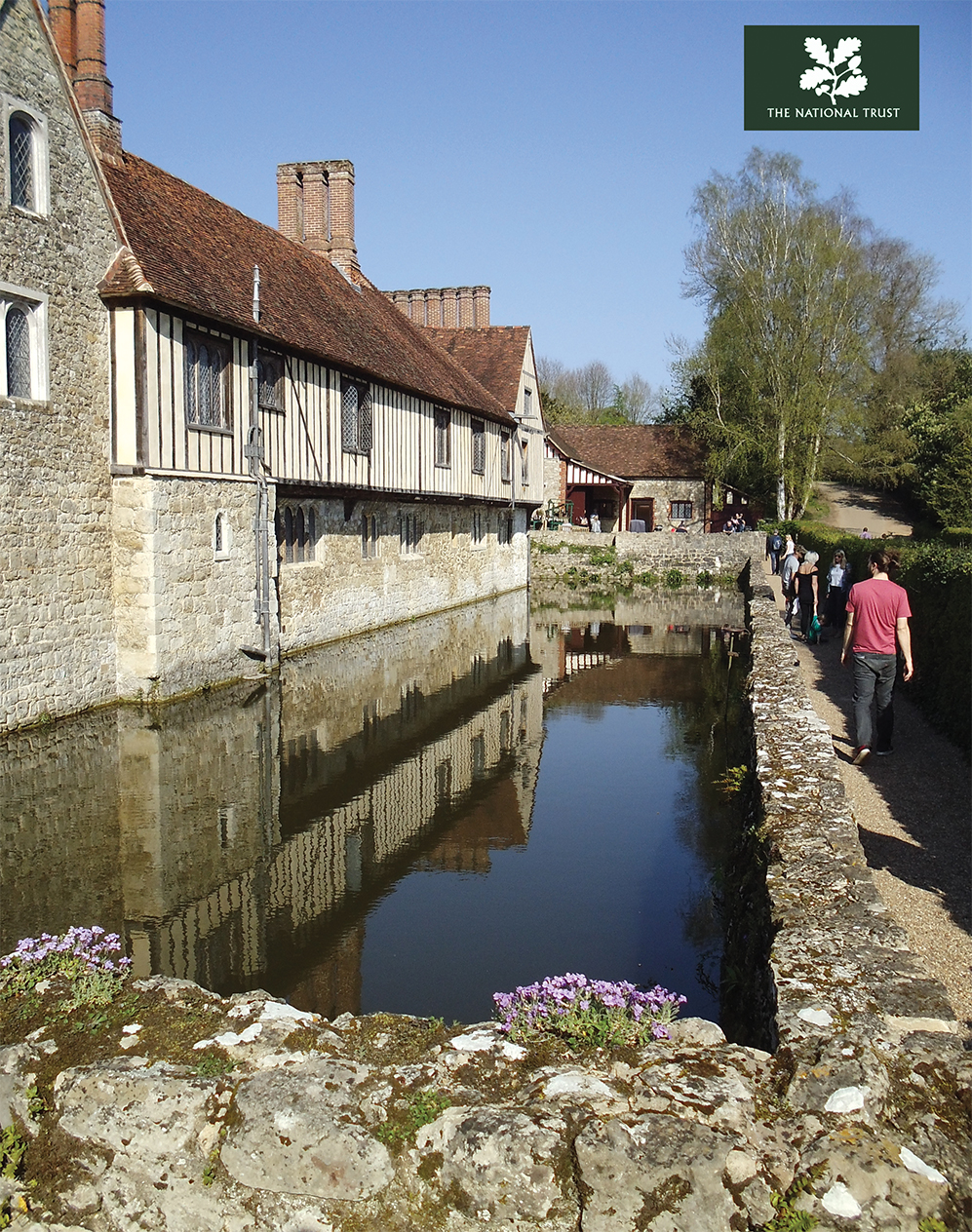 Kent is often described as being the Garden of England or is that a mis-quote? Should it be the Guardian of England being ideally situated to protect the country from invaders? Either way there is no argument in that it is a truly beautiful county

I was lucky enough to call Kent my home for over 20 years, and still regularly drive the 250 miles up the M4 to visit my daughter and grandson. Last month I spent a sunny weekend visiting some of my favourite spots in a pre-Easter break. There is no doubt that Kent enjoys far better weather than Swansea, and this weekend was no different, so a picnic was on the agenda.

The number of National Trust properties in Kent Runs into double figures; Sissinghurst Castle, Chartwell, Knole are amongst the most famous, but of them all Ightham Mote stands out as one of the most beautiful in my opinion. 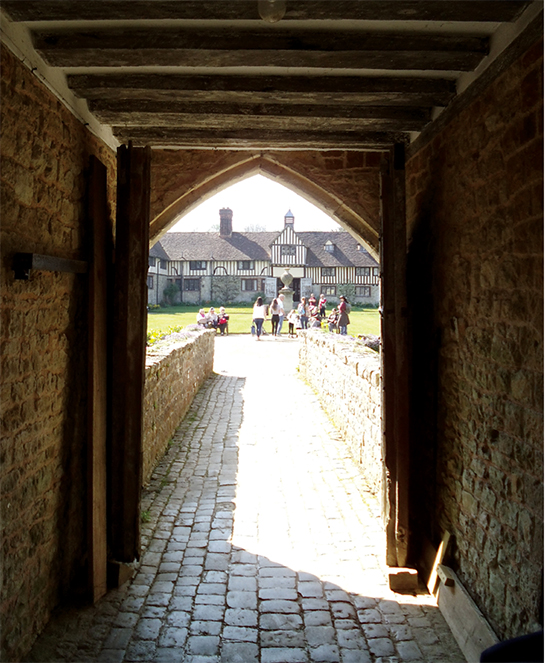 Built in the 14th Century it is quintessentially English. Architectural Scholar Nikolaus Pevsner wrote in his book The Buildings of England that Ightham was “the most complete small medieval manor house in the country”.

Whilst there we listened to one of the guides who told a charming story of the last owner of Ightham, before it passed into the hands of the National Trust. 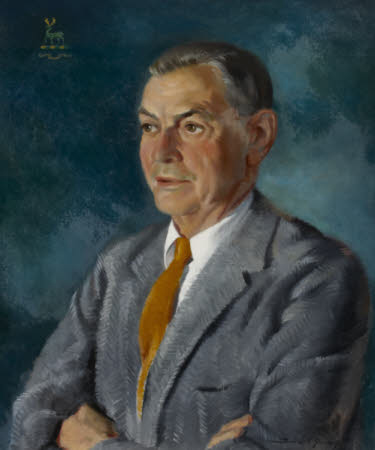 Charles Henry Robinson (portrait left) was an American serviceman, who was stationed close to Ightham, during the Second World War. He was a guest at the house on a couple of occasions and was completely enchanted by it. In 1953 he was in London on business, and just before leaving for the airport was having coffee in a hotel foyer. He was flicking through a copy of Country Life, when he saw that Ightham Mote was for sale – he cancelled his flight home and went to the selling agent and bought it. Conveniently he was a self-made millionaire!

He only spent 14 weeks a year at Ightham due to tax implications, but his days there were quite idyllic. He liked to invite people into his home to show off his restoration work – in his absence his housekeeper would do the same – charging people 1 shilling for the privilege. When Charles died in 1985, he bequeathed it to the National Trust. 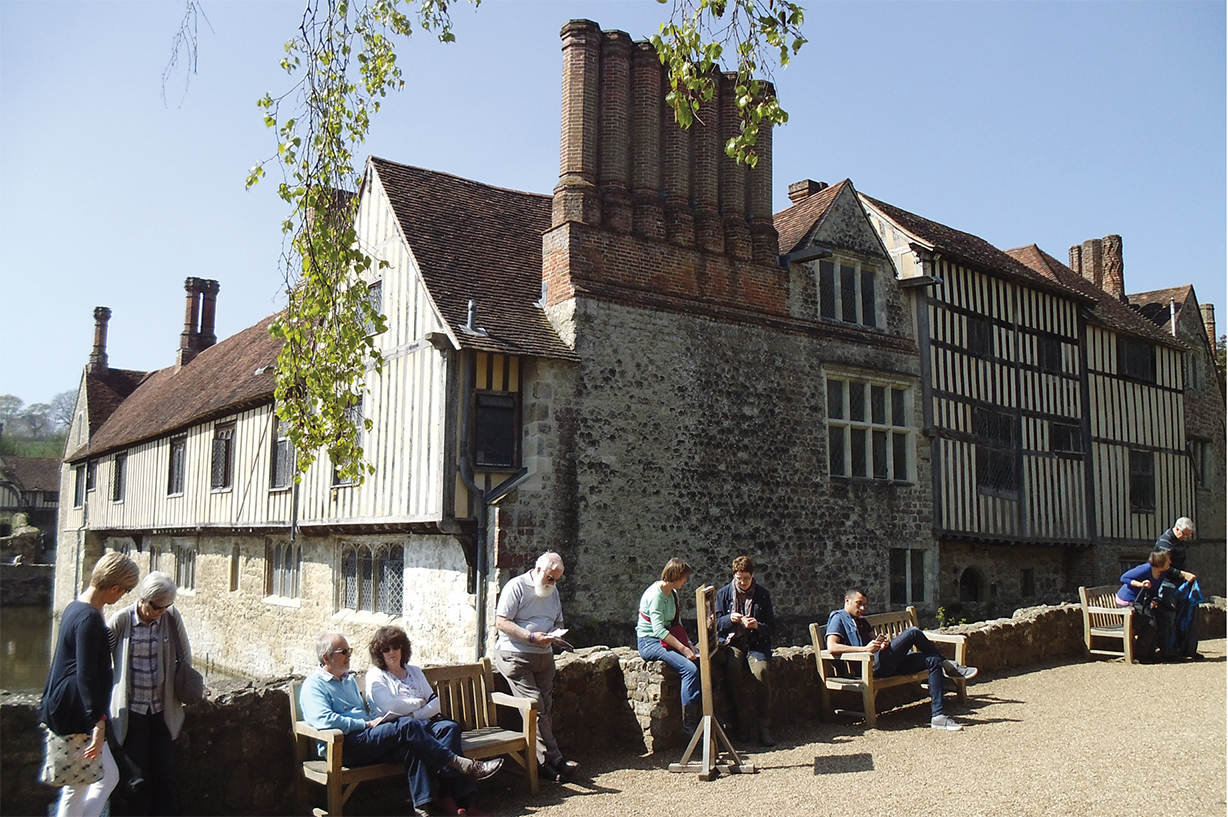 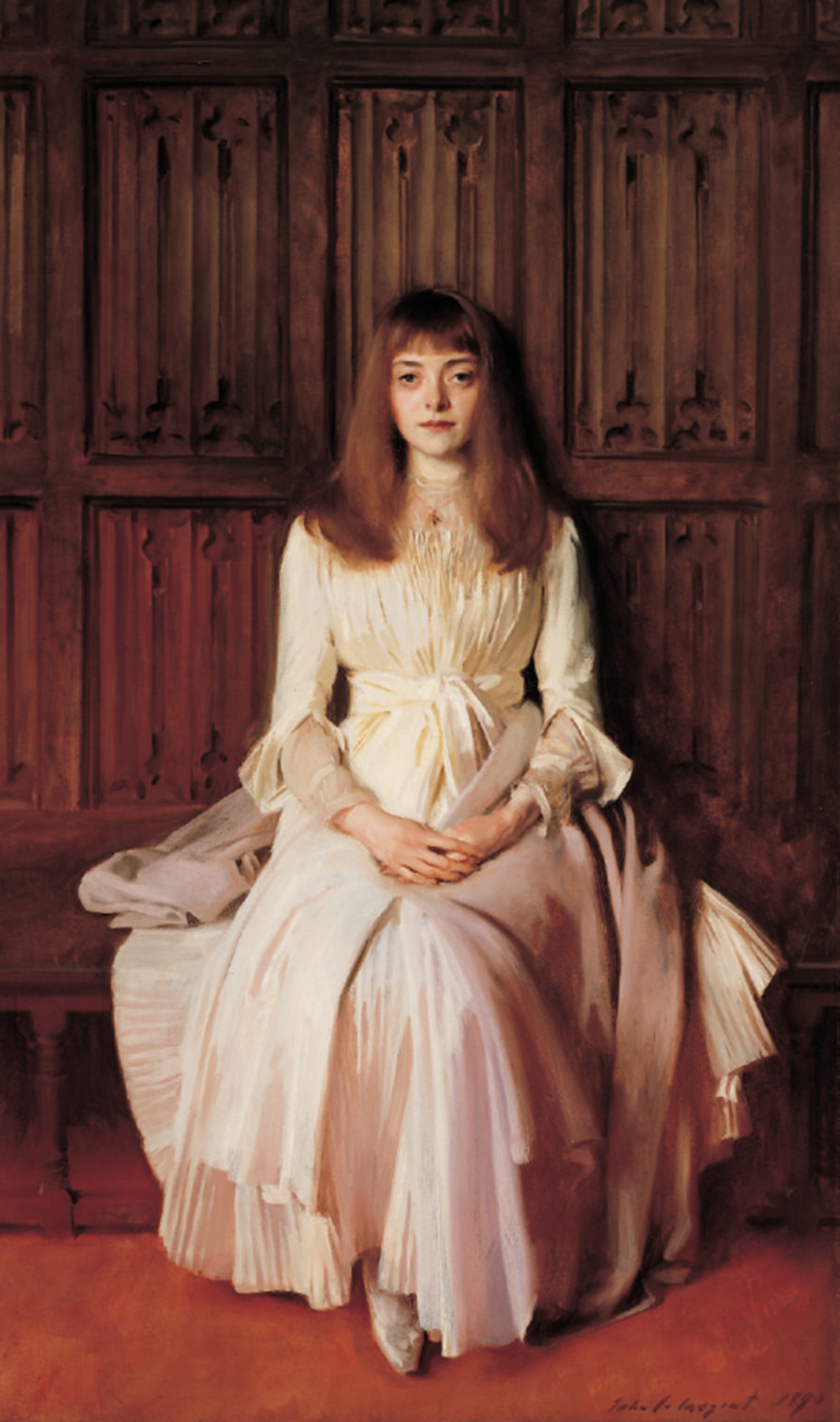 An earlier resident of Ightham was Queen Palmer – not royalty but the wife of American railroad engineer William Jackson Palmer, who lived at Ightham for a few years from 1887. She was quite a hostess and attracted the elite of the Aesthetic Movement including author Henry James, Actress Ellen Terry and renowned artist John Singer Sargent. A couple of Sargent’s works can be seen here – A Lady in White (right) and A Game of Bowls (left) –

both of which are recognisable as having been painted at Ightham.

The interiors are splendid, with intricately carved panelling, impressive fireplaces and beautifully preserved wallpapers and fabrics. As with so many houses of this period, it is built around an enclosed cobbled courtyard – this one comes complete with a dog kennel big enough to accommodate a Great Dane – or in our case, a toddler.

Such was the weather that we didn’t want to spend too much time inside, that and trying to contain an energetic, rising two-year old. Fortunately there is plenty of outside space to run around in. Picnicking is encouraged and there is an activity garden complete with stream where children can wear themselves out.

Ightham Mote is not far from the M25, so if you are heading for the Channel Tunnel this summer I can highly recommend diverting off towards Sevenoaks on the A25 – I guarantee you won’t be disappointed.