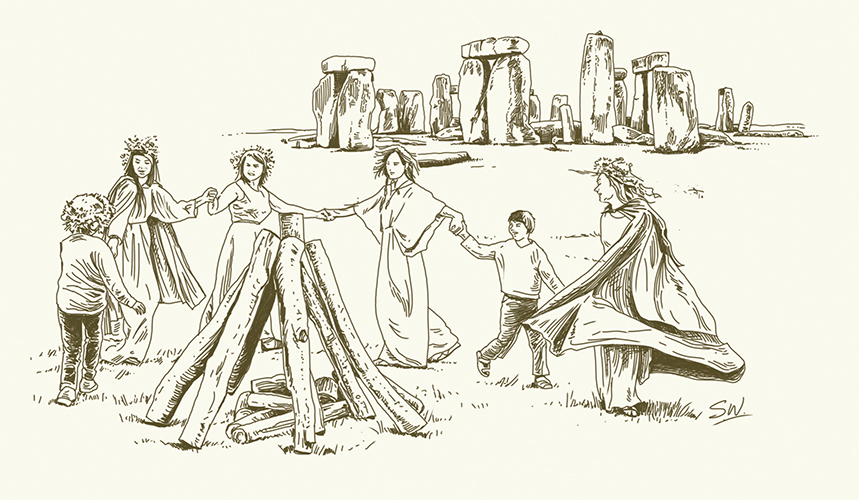 Gardening advice for the new (and not so new) gardener

Well here we are with the longest day of the year on the horizon. I think I’ll give dancing around Stonehenge a miss this year – all the kneeling down planting in the garden has taken its toll on my knees, and consequently limited my dance moves. However, the extra light and warmth encourages the garden to put on an exuberant burst of growth so our flowers can do the ‘dancing’ for us! Unfortunately, this extra light and warmth also means weeds will sprout up from seemingly nowhere. Keep on top of them by hoeing regularly in dry conditions. We should be home and dry now weather-wise (famous last words I suspect), but be prepared in case of a late frost – keep vulnerable plants and new shoots protected at night if frost is forecast and don’t be tempted to put out your really tender plants until the middle of the month unless the weather changes dramatically.
Take it as read that you’ll have to continue to wage war on your slug and snail population. Caterpillar and aphid infestations can be dealt with by hand if caught early enough, but should the situation get out of control, you will have to resort to insecticides or grin and bear it! Don’t forget aphids and other sap-sucking insects can transmit viruses so being sympathetic, doesn’t really pay.

Another constant task around the garden at this time of year is deadheading – remove spent flowers from containers, pots, hanging baskets, beds and borders and feed them all occasionally with liquid feed. Deadheading helps divert the plant’s energy from producing seeds into producing new flowers…..so it’s a good thing all round.

Plant out summer bedding and seed-raised plants, if not already done. Make sure they are well watered in and keep moist during dry weather. It is not too late to direct sow a few fast growing, late-flowering hardy annuals such as Calendula, Godetia and Clarkia. If you want to grow your own spring bedding for next year, many (including wallflowers, pansies, and Bellis perennis) need to be sown between May and July in order to flower next spring.

Cut back dead bulb foliage if not done already. It is important to wait until the foliage dies down naturally, as cutting back too early can lead to flower blindness next year.
There are lots of tasks to keep on top of in the vegetable garden during this month, but also it’s now that you start to reap the rewards of all that hard work during the previous months. You simply cannot buy vegetables with the same flavour in the shops.

With the soil warm, and daylight hours at their peak, there are a whole host of vegetables that can be sown now, so I haven’t listed everything that could be sown, just the most popular ones. Have a rummage in the seed displays at your local Garden Centre, identify which ones can be sown now and give them a go! Remember when sowing salad crops to sow short runs every few weeks. Don’t be tempted to sow a whole packet of lettuce seeds in one fell swoop – as the glut when they’re ready will be truly staggering!

I haven’t mentioned the need to water during dry spells – using harvested rain-water whenever you can. Purely because I didn’t want to jinx our summer!

Things to do in the garden for June

Make sure your fruiting plants have sufficient water when the fruit is swelling. This is critical for a good crop. Thin out plums and apples in June. Better to have one reasonable apple than three miniature marbles. Nature naturally tends towards this and sheds excess fruit. This is known as the ‘June Drop’. It’s best to thin out after this. Protect your soft fruits from bird damage with netting – or of course you can let them enjoy them and have none yourself!

Hoe borders to prevent annual and perennial weeds from spreading and seeding themselves.

Tackle bindweed when it appears in a border.

Lift clumps of forget-me-not once the display wanes, and before too many seeds are released. They can become invasive if left unchecked.

Sweet peas need training and tying in to their supports to encourage them to climb and make a good display.

Pot on plants showing signs of being root-bound.

As we live close to the sea, consider buying stainless steel wire for your garden needs, rather than galvanised wire that will, eventually, rust. 2mm wire will suffice for most applications and will last a lifetime. AJ Westcross 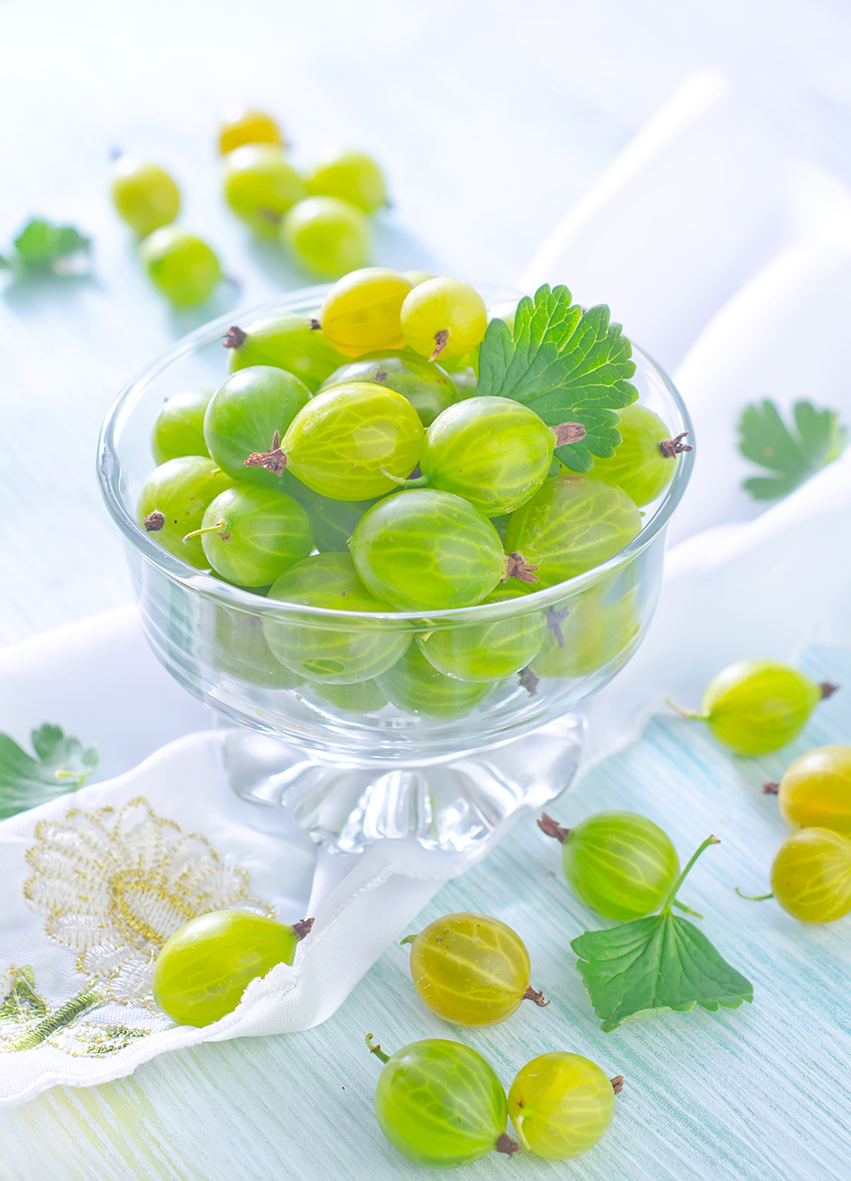 Gooseberries should be appearing in the shops right now – and as their season is quite short, it’s good to maximise their use when you can. Here’s a recipe for a firm favourite – Gooseberry Fool (for 6 people). You will need around 450g of gooseberries (topped and tailed), approx. 3 tablespoons of sugar and around 300mls of either whipping or double cream.

Heat the gooseberries over a gentle heat until softened. Add some water to stop them catching. The gooseberries are ready when they are pale and swollen. Crush them roughly with a fork and allow to cool. Whip the cream so that it folds rather than forming peaks. Fold the fruit into the cream and spoon into glasses. Keep in the fridge until ready to serve.

Fulke has just about finished all the planting and is now looking for wildlife to take up residence.

Making the garden more wildlife friendly has paid dividends – and caused a few problems! There are now 2 nests in the garden, a pair of blackbirds have nested in a rather large and prickly mahonia, and blue tits have moved in to a newly erected nesting box. Really heartening to see them, but plans to cut the hedge and trim back the shrubs have had to be shelved. The blue tits will of course keep some of the pests at bay by feeding off caterpillars and aphids, while the blackbirds will tackle some of the ground based bugs.

What this garden really needs are resident thrushes and frogs to keep the snails and slug population under control. Sadly, neither is present, so the use of pellets is the only viable alternative.

The climbers are really taking off now. The Clematis Happy Birthday (‘Zohapbi’) is happily making its way up the trunk of the palm tree, but has needed some help, through the use of stainless steel wire hoops pushed in to the matted exterior. Honeysuckle Lonicera periclymenum ‘Graham Thomas’ is completely at home on the other palm tree, while honeysuckle Lonicera periclymenum ‘Belgica’ is looking good in its protected corner, next to the yellow bench.

There is now a semi-circular flower border around the lawn, with bedding plants earmarked to populate it and add some colour and variety – pictures to follow!