I’ve often seen the advertisements for Folly Farm in Pembrokeshire, but it wasn’t until last month that I actually got to go there. When you’ve got a two year old grandson who has far more energy to burn off, than your little cottage allows, an outdoor space is called for. The weather forecast wasn’t great, so I needed somewhere that catered for all eventualities – Folly Farm seemed to fit the bill.

I was astonished that I hadn’t heard more about Folly Farm and its facilities; it had very evidently undergone a major investment as the entrance hall and shop were housed in a magnificent wooden construction.

Folly Farm started out as a dairy farm, and in 1988 they diversified into tourism when they opened their doors to visitors to watch the cows being milked and opened a small petting zoo. Today their collection has grown from a few sheep and pigs to a collection of exotic animals from all over the world. Hugo the lion,

Luna his mate and their four cubs have an extensive enclosure, complete with raised areas where they sunbathe and keep a watchful eye on the humans. Among my favourites were the penguins – there is an underwater window which allows spectators to view these amazing creatures at close quarters, and the giraffes who looked just as much at home in the Pembroke countryside as they would in the African savanna. But it was two of their newest arrivals that completely stole my heart; Tuppee and Blackcap the two-toed sloths. I recently travelled through Central America to Costa Rica and saw sloths in the wild, but to see them at such close quarters as I did here in Folly Farm, was a complete joy. 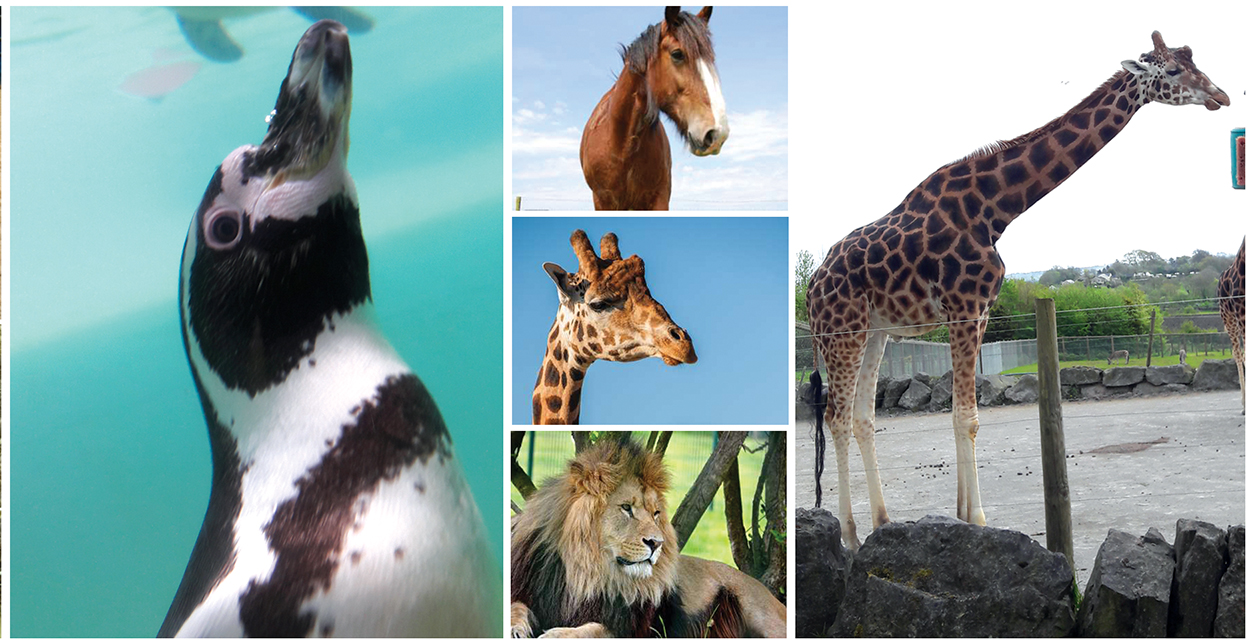 As expected, the rain eventually came and we headed inside. Not that that was a problem as there are plenty of attractions under cover, such as the vintage fairground with its beautifully restored carousel complete with painted horses, chair-o-plane, cakewalk and Muffin the Mule ride.

The little one was able to wear himself out in the soft play area, before a quick ride on the land train to see the llamas, deer and horses, and then a spot of pig scratching and donkey nuzzling before we headed back to the car.

We spent 5 hours at Folly Farm but I would recommend that you allow more time to see everything. If you want to take a picnic, there are lots of outdoor tables and even indoor areas that are free to use, or eat at one of the many restaurants and cafes that serve home-made dishes made from local produce.

I have a feeling that Folly Farm is going to become a firm family favourite.