MICHAEL KIWANUKA IS AN ENGLISH SOUL MUSICIAN WHO HAS BEEN COMPARED TO MARVIN GAYE, CURTIS MAYFIELD, BILL WITHERS, RANDY NEWMAN, OTIS REDDING AND VAN MORRISON – NO PRESSURE THEN. 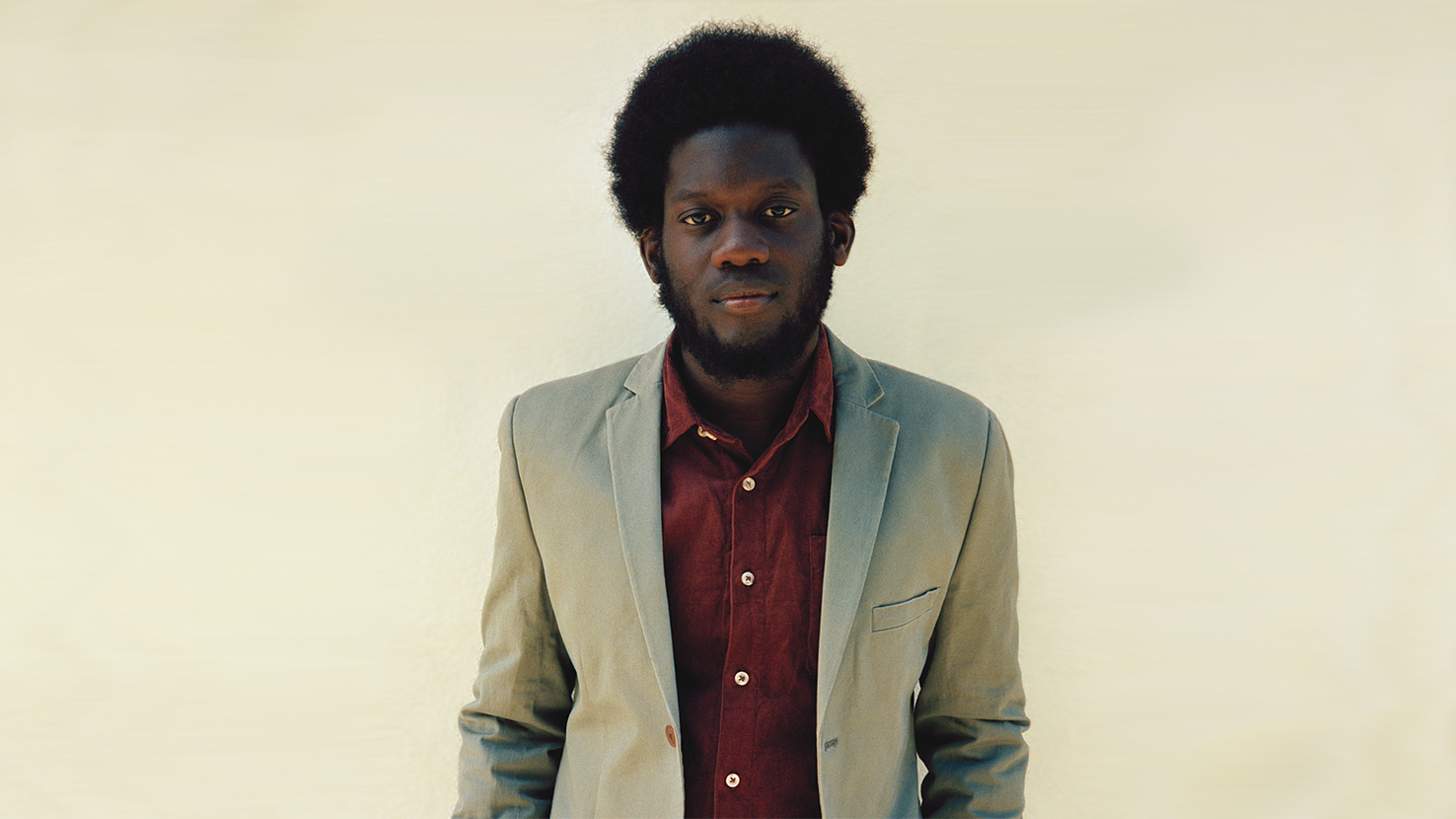 For a man with friends in high places, he is refreshingly down-to-earth, as is demonstrated throughout his show at Bristol’s Colston Hall.

Indeed, he performs five songs before a fan exclaims, “Happy birthday!” and it transpires he is working on the night he becomes a thirty-something.

Until this stage there is only tentative singer/crowd interaction, the atmosphere akin to a boy and girl meeting for a first date unsure whether to shake hands or hug.

This exultation opens the floodgates, and within seconds a sold-out auditorium is belting out Happy Birthday. “Oh, you guys!” Michael grins back.

By now his world-class credentials have been established. Cold Little Heart gave free rein to his vocal range, One More Night, with its echo of Amy Winehouse’s I’m No Good, prompted some to leave their seats for the standing area, Falling was luscious, sumptuous, mournful and gorgeous, his backing singers adding bewitchment to a blue mood, Black Man in a White World was assertive but joyous, its mantra repeated over and over, over a free-form jam as the crowd claps while I’ll Never Love brought healing for the heartbroken, its instrumental break confirming Michael’s penchant for expansive expression.

On several occasions Pink Floyd and prog rock come to mind as the music paints vivid soundscapes and crescendos are are risen to. There is almost the reverence of a classical concert, the crowd experiencing something special – this is an act you wish to tell your friends about whilst keeping to yourself.

Thus far, all songs have been from Kiwanuka’s second album, Love & Hate.

He dips into earlier offering Home Again for the cheerful I’m Getting Ready, which has a soft, smooth mellowness, trundling along with snare drum and organ, and stays there for Rest, which he starts erroneously. “Completely wrong chord, there!” he admits. “It happens to everyone!” 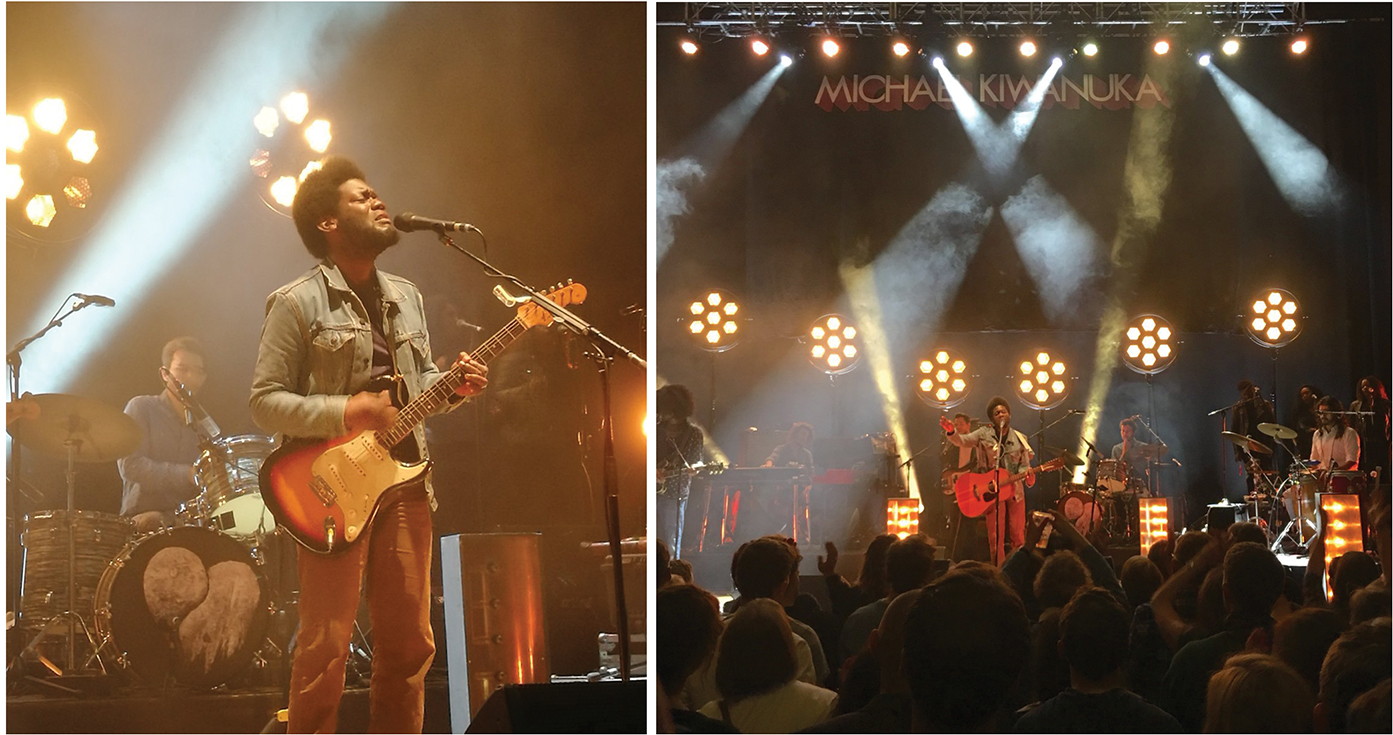 The aforementioned Rule the World marks a return to Love & Hate and heralds recording by some fans who clearly anticipate a big number.

They are not disappointed, as Michael and musicians add layer upon layer, creating a rousing wall of sound which is magnificent, magical and massive by its triumphant end. No mention is made of its accompanying the heavyweight champion of the world, but this is already a contender for the greatest track to be performed in Bristol this year.

Lights swirl around the venue as The Final Frame plays out, the last dance at a school disco wherein the tenderness ups until a first kiss. Applause is invited – and given – for Michael’s backing band and singers before Father’s Child sees him bathed in light.

All leave the stage ahead of an encore introduced with some heartfelt words. “Thank you so much – what a way to spend a thirtieth birthday, I tell you! I don’t think there are that many people here under thirty but for those who are – enjoy your youth but don’t worry – I’ve had a day being thirty and it’s quite good.”

Home Again brings with it a touch of bluegrass, maybe even hints of John Denver, as three buddies standing at the back sway like corn growing on an Appalachian homestead.

Rule the world? It’s certainly at his feet.