You will have noticed that the old golf course on the Mumbles Road has changed in the past year, to a FootGolf course. Last month on a bright and sunny Sunday morning Simon our designer and I joined up with our friend David to see what it entailed. As I have never played either golf or football, I volunteered to take the photographs, but the boys were having none of it. My protests that I was not wearing the right shoes fell on deaf ears – so I am probably the first to play FootGolf in orange ballet pumps. I highly recommend a pair of trainers if you are going to participate. 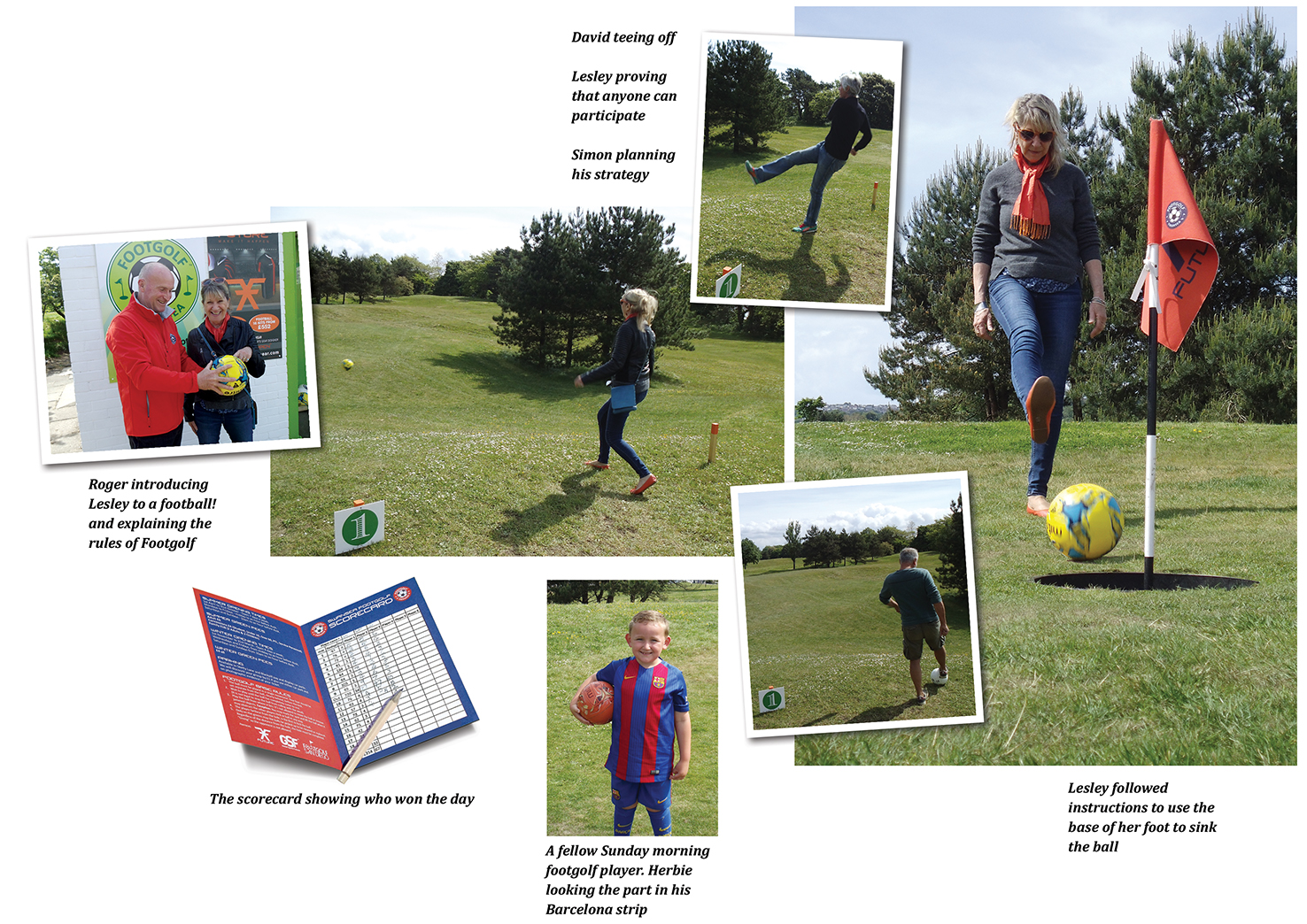 I aimed my first kick and was delighted that the ball actually made some progress in the general direction of the flag – not far but certainly going the right way. The first hole was 97 yards away and was a Par 4, which for the uninitiated means that it should take you 4 kicks to get the ball in the hole.

I took 5 attempts but in my defence the boys took 5 and 6. Over the course of the next 8 holes I either matched the Par and the boys or took a couple of extra goes – not bad for a novice.

The beauty of this sport though is that it is really suitable for everyone from youngsters to oldies – as long as you can kick a ball – you can play. It isn’t about how hard you can kick, in fact some shots require the merest tap of the ball to get it in the hole – which are the size of a deep dust-bin lid. There are even lighter balls for the less rugged players.

I was always brought up with the attitude that the winning isn’t the most important part of sport, it’s the taking part, and I have to admit that I am not known for my sport-ing prowess. But, I can honestly say that I have not had so much fun in a long time, and I will definitely be doing this again.

Future Golf Ventures Ltd took over the running of the Ashleigh Road Pitch and Putt course in Blackpill in May 2016, and to quote the City and County of Swansea council website press release on 21st July 2016:

New figures show more than 2,300 visits to the Ashleigh Road attraction from its opening day on May 14 to the start of July – that’s 1,400 more visits than the same period last year to the pitch and putt course once based there.

“Businessmen Roger Maliphant and Rhydian Thomas presented a successful bid to run the facility after a council search to find operators for a number of its outdoor leisure attractions.

“The Swansea FootGolf course isn’t just popular with local football clubs. The figures show about 60% of visitors are made up of people of all ages, ranging from students and pensioners to young people and tourists.”

“You’ve only got to pass the Swansea FootGolf course to see how popular the attraction is.

“It’s exactly the type of attraction Swansea needed because it gives local people and visitors to the city some-thing different to do. What’s especially pleasing is that families and people of all ages are taking part in the activity because this further reinforces Swansea’s reput-ation as a family-friendly destination where fun activities are available for girls, boys, mums, dads and grandparents to try. This shows what can happen to an old council leisure site with a little imagination.” 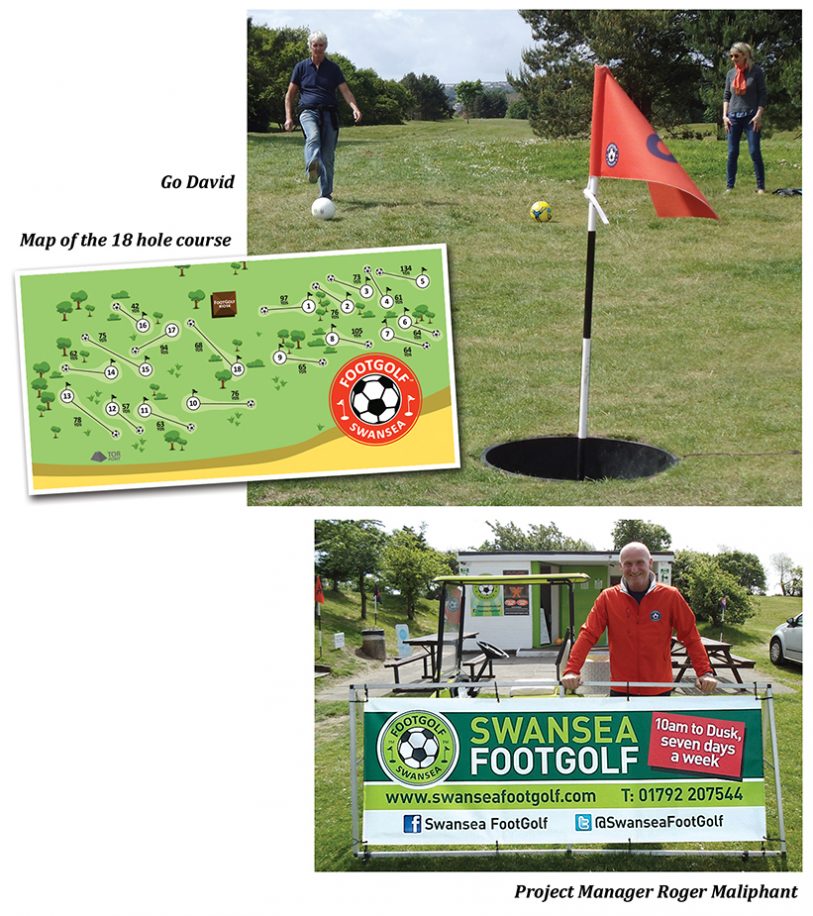 “We celebrated our first anniversary at Blackpill in mid-May, and can honestly say we have really enjoyed bringing FootGolf to Swansea. We have been delighted with the response of residents of the city and farther afield, and have increased numbers to the Bay area, while working closely with the local residents association to ensure minimum disruption and inconvenience. Indeed, we have hosted visitors at the course from Australia, Canada, the United States, Scotland, Ireland, the Netherlands, France and Germany, that we are aware of, although there may well be more. Swansea University now has us placed in the top ten of visitor attractions in Swansea and we have also engaged in their ‘Active’ programme, which encourages health and wellbeing, offering vouchers to students to play FootGolf. We have also offered over £5,000 worth of free FootGolf to the 90-plus schools within the City and County, through a innovative school attendance scheme via the Incentivising Attendance Officer; each school receives a voucher for four people per term. In January, we travelled to California, to set up the world’s first FootGolf twinning arrangement with FootGolf San Diego and we have more exciting plans for the future!”

So next time you are planning a family day out with the kids or grandchildren – think about a game of FootGolf – it really is an inclusive game for all the family.