Back to British books

I am happy to celebrate literary excellence with you, whatever its country of origin, but after a glut of the exotic as we focused on the shortlist for the Booker International award, I am very pleased to return to our own home-grown literati in all their British brilliance.

To do proper justice to the novels submitted for the Booker International prize, I have had to read thirteen foreign novels from all over the world. I sat for months surrounded by atlases, dictionaries and histories in order to verify every word I wrote (Google is useful for online references, but I draw the line at Wikipedia). In this issue, we return to familiar locales and the felicity of our own language as displayed so well by four of the finest novelists of our time. 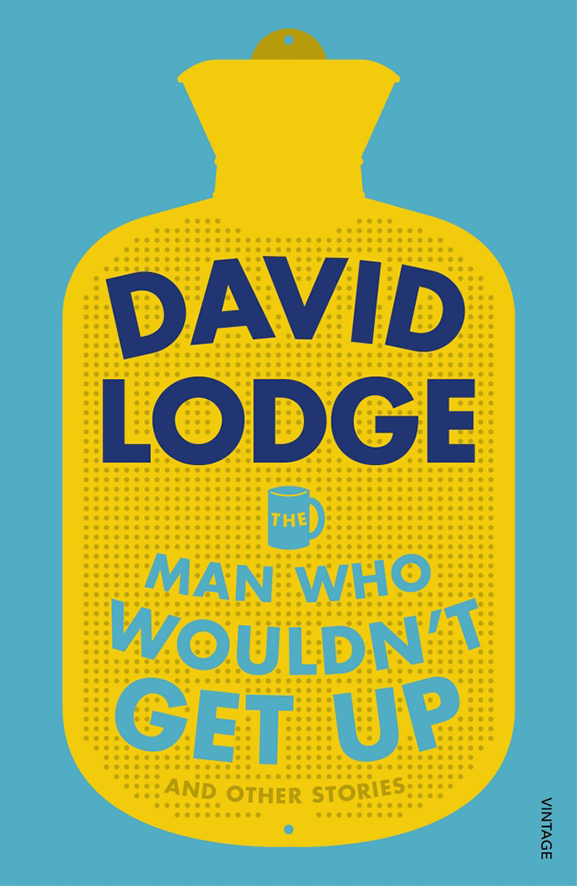 David Lodge is one of Britain’s most respected and admired contemporary writers. His first collection of short stories The Man Who Wouldn’t Get Up is as distinct and acute in observation as any of his excellent full-length novels, most of which have been reviewed in this column.

Lodge’s Foreword and Afterword to this slim volume are as intriguing as the unusual and striking short stories themselves, dealing as they do with the issues behind the writing of the title story, which was in fact written in 1966 and first published in Germany in 1995. David Lodge explains the twists and turns of the international publishing industry that led to the publication of The Man Who Wouldn’t Get Up in several European languages before his UK publisher Vintage brought us this edition in English. Even more fascinating is his description of the circumstances that led to a special hybrid piece of furniture being created for the eponymous man who didn’t want to get up by an eminent furniture designer Philippine Hamen — and now on display at the Ikon Art Gallery in Birmingham.

As if this back story were not fascinating enough, we then launch into the actual title story. George is Lodge’s protagonist who turns his back on his wife, his children and his working life, remaining in bed till he is close to death, when he has a sudden epiphanic understanding of what it has all meant.

Of course, by now, the reader is completely hooked. We move with total concentration on to the next story The Miser which deals with schoolboy Timothy, who can’t bear to let off his fireworks before Guy Fawkes Day, with salutary consequences.

I do also recommend the witty and illuminating My First Job. The protagonist is a Professor of Sociology who describes to his students how his first job selling newspapers at Waterloo Station taught him the evils of capitalism.

The six stories in this collection vie with each other in charm and energy—-perfect to dip into as the infamous ‘beach read’ this summer. 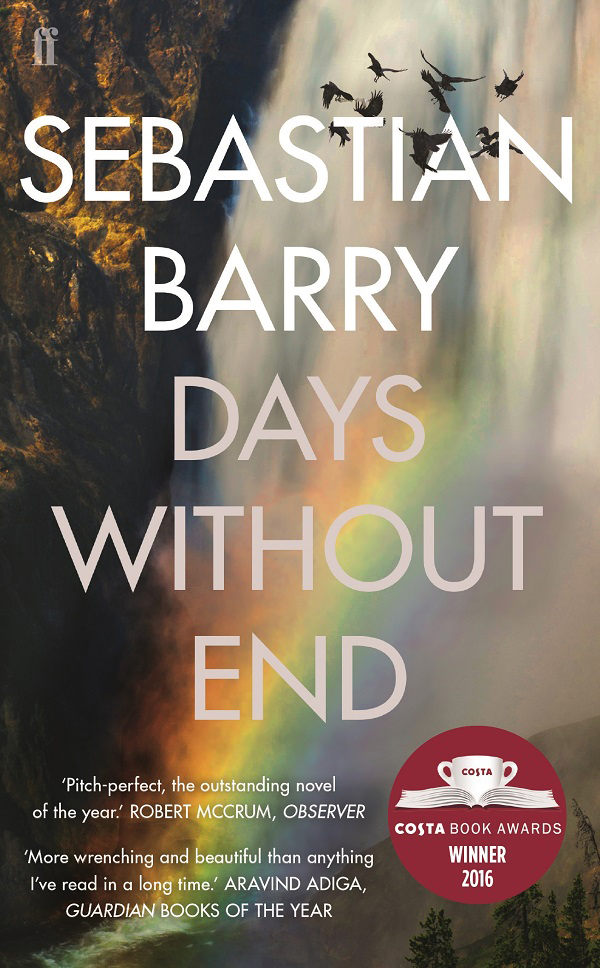 Irish novelist Sebastian Barry is a firm favourite with this column. We have reviewed in the past his two Booker short-listed novels, The Secret Scripture (2008) and On Canaan’s Side (2011) and lamented his lack of Booker success bitterly. He has of course won innumerable literary awards national and international including the Costa Prize twice, the James Tait Black Memorial Prize and the Independent Booksellers Award.

Sebastian Barry reigns among the top ten contemporary British novelists. His theme is often trans-atlantic tracing the adventures of Irish emigrants to the USA — and Days Without End carries his leitmotif of a protagonist who flees dire poverty in Ireland, seeking a better life in America. Alas, little Thomas McNulty finds himself in even more straitened circumstances in his adoptive land and joins forces with another juvenile immigrant John Cole in Dagsville, a mining town in Missouri.

Under the grime of absolute poverty, Tom and John are exceptionally pretty children and are hired by saloon-keeper Mr Titus Noone as cross-dressing dance partners for the rough lead miners who make up his clientele. The ‘boys’ are an instant success, but alas, after several years of entertaining the miners, the boys outgrow their role and incipient puberty means they can no longer maintain their innocent fiction but must needs go out into the world.

Their only career option is to enlist in the army, embarking on a life in exact antithesis of their saloon days. They had pretended to be girls and now had to learn to pretend to be men. The humour of Barry’s comic plot as we follow the adventures of the two boys is an overlay on a violent story of battle, victory and horrific atrocities committed against the native Red Indian population. The cross-dressing theme and the loving homosexual relationship between the two friends runs throughout, making a story set in the Indian Wars and the American Civil War amazingly contemporary.

Sebastian Barry surpasses himself in Days Without End. His superb prose and his mastery of characterisation makes this compelling, brutal and infinitely poignant novel a certainty for success in the 2017 literary awards circuit. 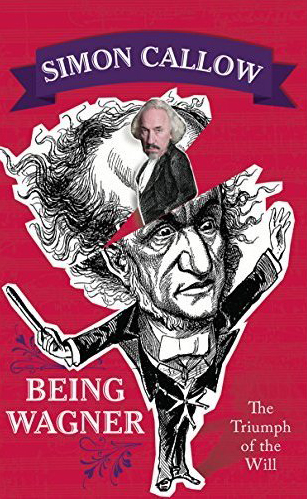 As a rule, I will only read a biography if the subject is interesting: in this case, however, Simon Callow’s writing is so analytical, beautifully phrased and well-researched that I recommend Being Wagner as a piece of literature regardless of the celebrity of the subject.

In the best traditions of all good biographies, celebrated actor, director and writer Simon Callow portrays the composer Richard Wagner in his wild brawling, womanising youth through to his volatile adulthood. Callow brilliantly depicts Wagner as a creative volcano whose works have held music lovers in thrall for decades. While any piece of writing must needs be assessed on the basis of how it represents the Zeitgeist, Wagner is best appreciated when the politics of the Germany of his time is disregarded.

His music transcends historic concerns—all we revel in is the beauty of the Rhinemaidens, the horror of Klingfors and the dragon Fafner, the heroic vigour of Siegfried and the sweetness of the Waldvogel. We are enchanted by the mystic powers of Kundry, and Brunhilde’s eternal sleep within her ring of fire.

In his ten major mature works, Wagner is vivid yet contemplative, powerful yet nuanced, and terrifying yet tender — a range matched by no other composer. He is perhaps the only European composer to have his own theatre built for the exclusive performance of his works—the Richard Wagner Festspielhaus in Bayreuth.

The silly plots of most classical opera and ballet have always irritated me. For me, and for Simon Callow, Wagner is artistic splendour, his narrative as magnificent as his music. Amfortas’ dreadful wound in Parsifal, the machinations of Wotan and the Titans in Valhalla and the dwarfs of Nibelung are connotations of Wagner that override his despicable anti-Semitism and the inevitable ugly associations with Hitler and Nazism.

In Being Wagner, Simon Callow plunges headlong into Wagner’s world offering new in-sight into the composer’s turbulent life within the bounds of the intellectual and artistic climate in which he lived. 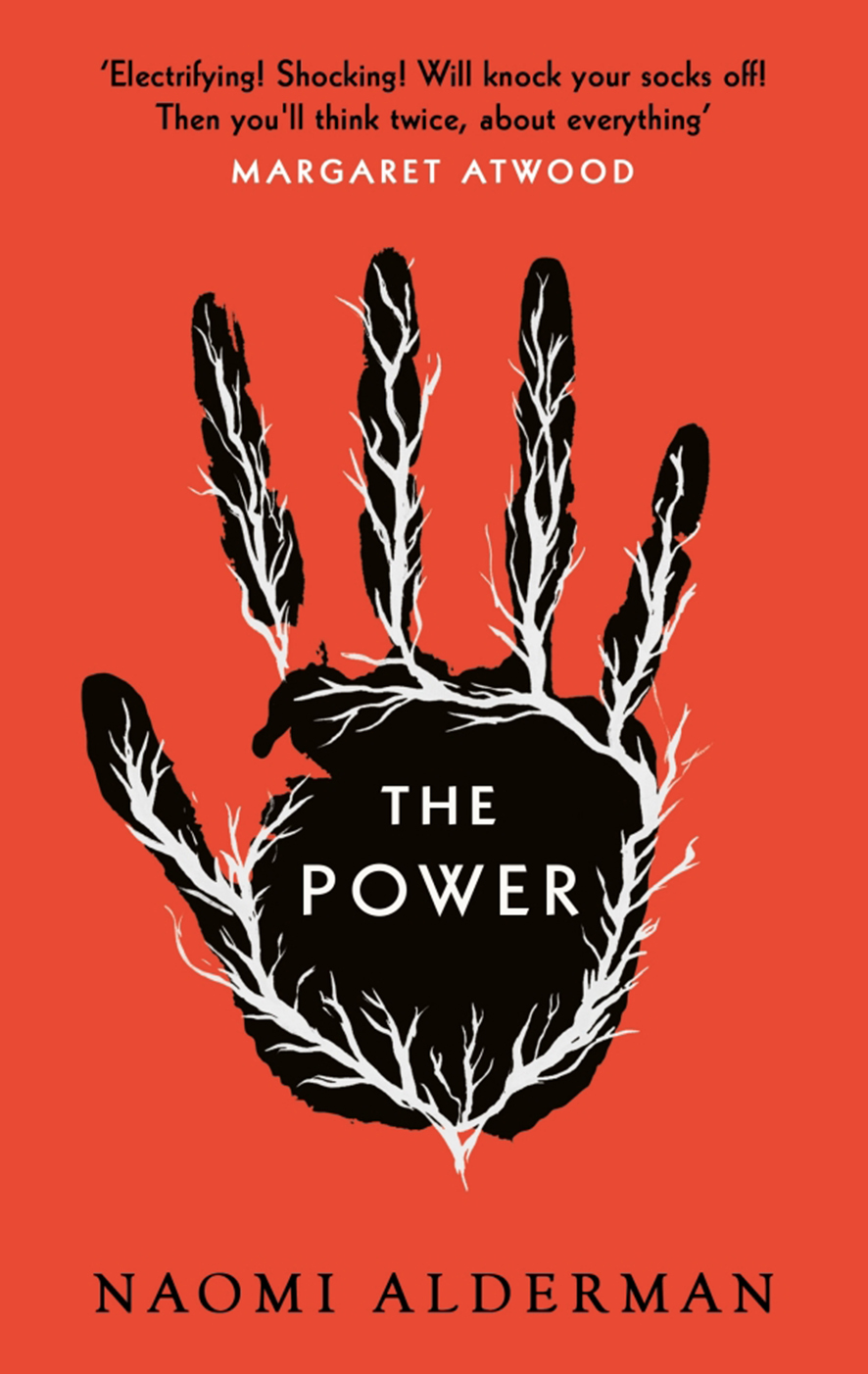 Naomi Alderman has fulfilled the promise she showed when she was select-ed for Granta’s list of best young British novelists by winning a raft of literary awards. In her new novel, The Power, Alderman’s protagonist Roxy responds to seeing her mother brutally attacked by thugs by going to her rescue only to find that her fear and anger triggers a strange power in her hands that enables her to electro-cute the blood-thirsty assailants.

This incident is the start of a large number of girls and women discovering the new power they possess to deter stronger male attackers for the first time in human history by unleash-ing the mysterious electric currents deep within them.

Witness to all these incidents and to the resulting cataclysmic shift in gender balance that follows, is Nigerian photo-journalist Tunde. Across the world women create power bases using their potent new weapon, warring against men — and against women rivals.

The Power is an energetic, lively and thought provoking narrative, inventive and subversive. All women should read it as a parable of the potential consequences of winning the gender battle being fought unrelentingly in modern society.

Alderman, in addition to being a fount of creative energy, is also a strong writer, setting out her feministic vision in a novel that incisively mirrors our times.