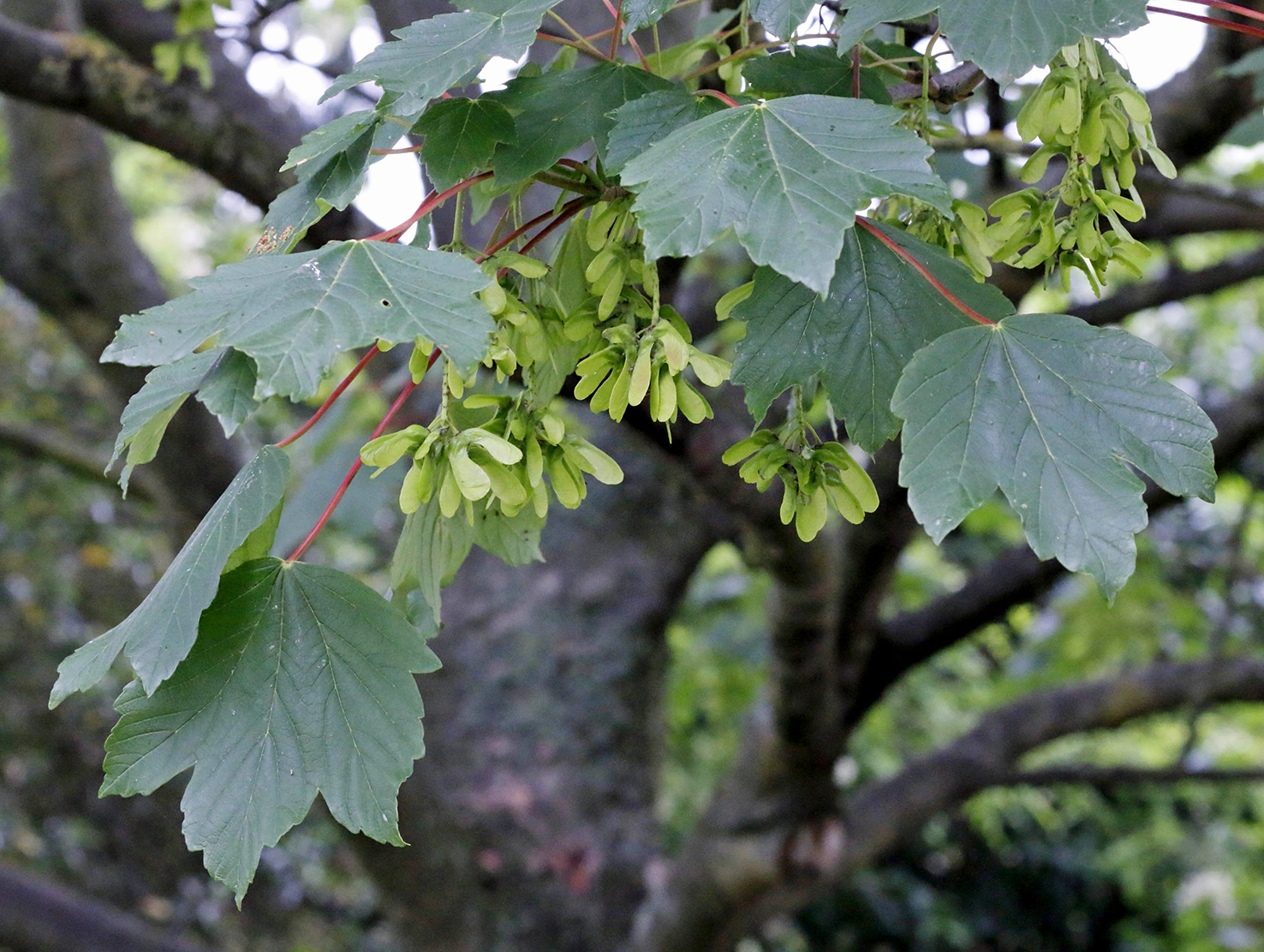 Sycamores are so familiar, grow so well in our climate and seed so freely that it is easy to forget they are not actually native to Britain. Ever since their introduction they have been divisive, so much so that even the details of their introduction are under debate 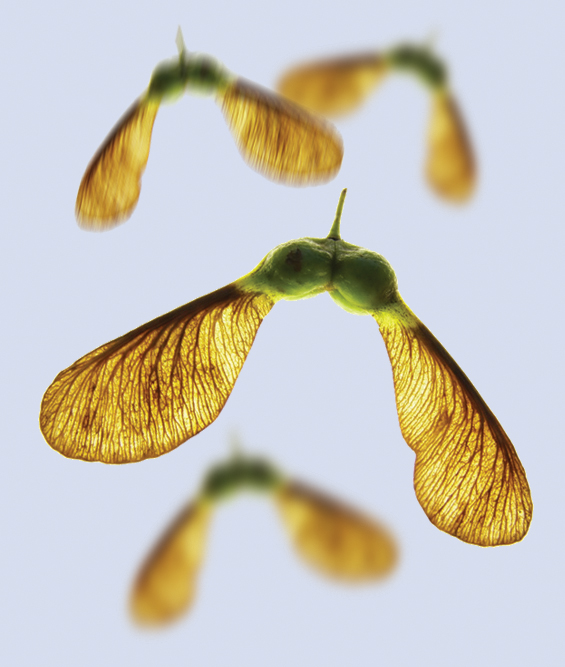 Sycamores (Acer pseudoplatanus) are native to central and southern Europe where they are particularly partial to higher elevations with cool, wet summers. As such they were already perfectly adapted to cope with the British climate when they were first introduced and were able to spread quickly into the wild from the locations in which they had been planted. It is most likely that the first sycamores were brought to Britain during the Middle Ages, but an earlier introduction cannot be entirely ruled out. Nowadays they are so common throughout the country that they are among Britain’s most familiar and readily recognized trees. As children, most people will have collected some of their large, gently lobed, long-stemmed leaves when they turn a bright yellow in the autumn and played with their typical paired winged fruit (which children like to call ‘helicopters’ because they rapidly spin around their axis as they fall) (photo 1). 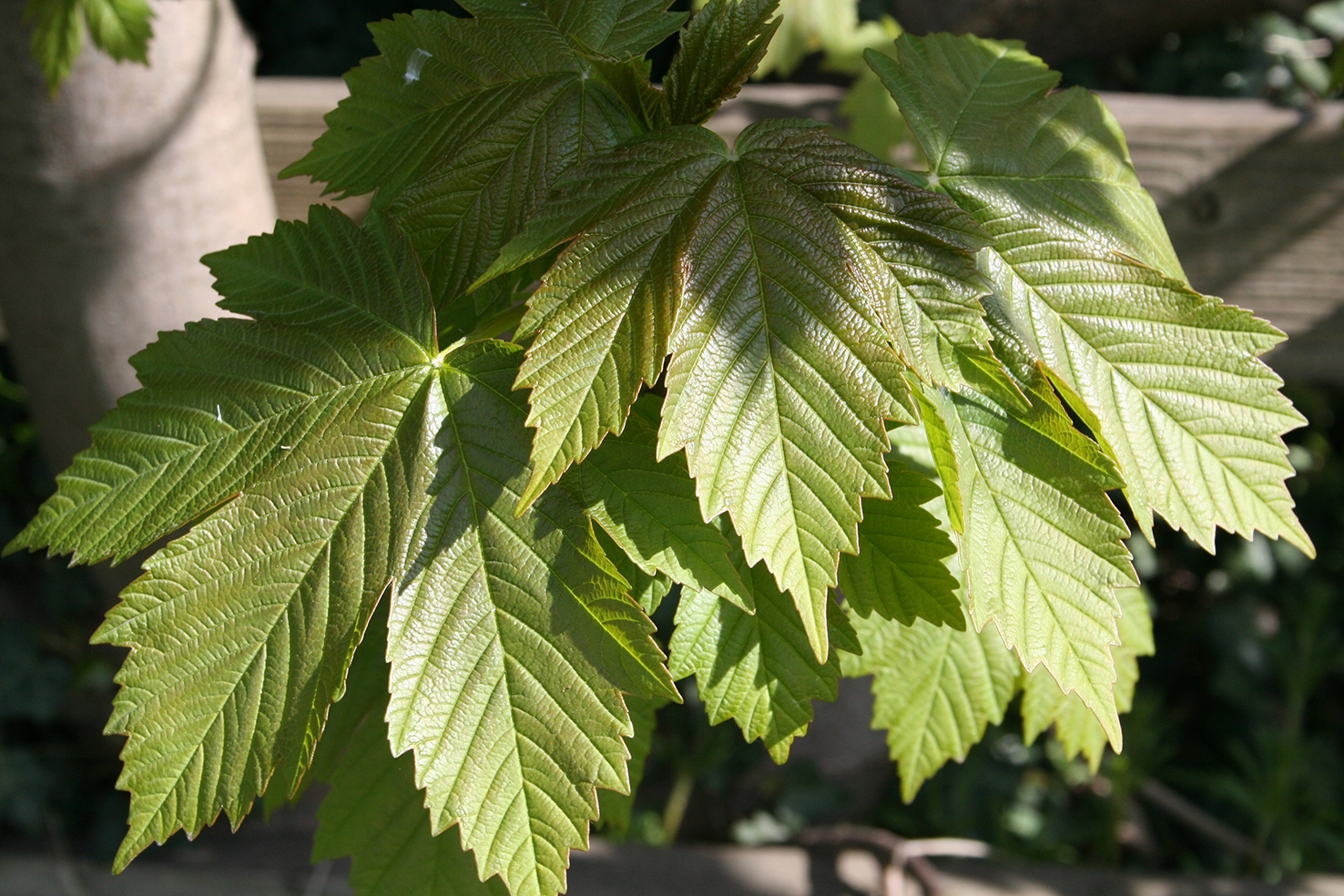 The tree which sycamores are most likely to be mistaken for is the related Norway maple (Acer platanoides), which is also an introduced species that has become naturalised. The most obvious differences are that Norway maple leaves are more deeply lobed, more sharply pointed in appearance and usually turn red in autumn. When sycamore leaves first emerge in spring they can look quite deeply lobed and pointy themselves (photo 2) but they soon grow into their more gently contoured shape. Another distinguishing feature is the shape of the paired winged fruits (known as ‘samaras’). In sycamores the wings are roughly at right angles to each other whereas in Norway maples they diverge much more widely.

Both the sycamore and the Norway maple bear a superficial resemblance to plane trees (Platanus spp.) (the fact which gives rise to their Latin names), but in Britain planes are only found where they have been planted, so they are generally restricted to towns and cities where they are a popular choice of tree because of their very high tolerance of pollution. 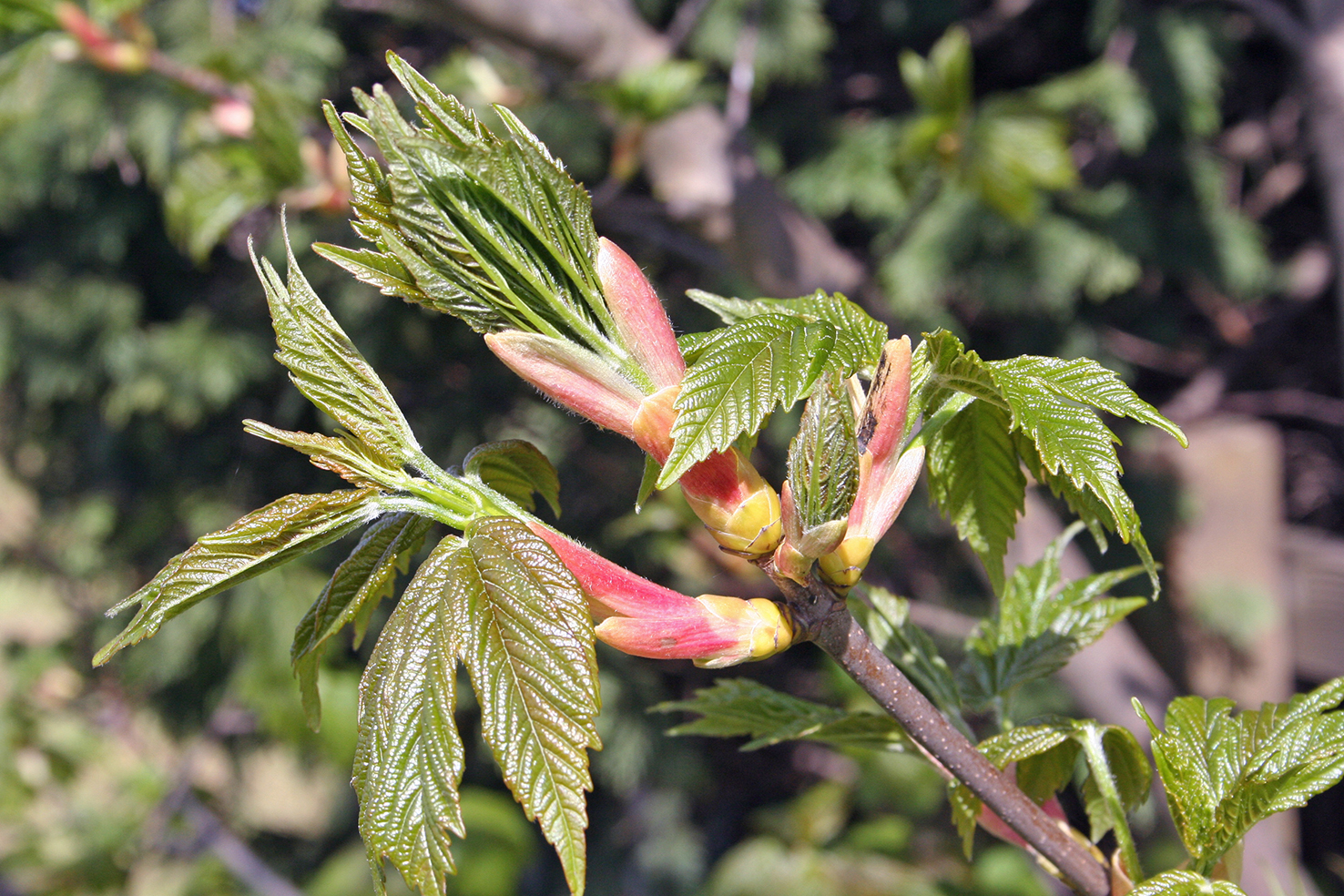 Even people who have never spent any time contemplating sycamore leaves are likely to have been affected by them at one time or another. As mountain trees used to colonizing scree slopes, sycamores are perfectly at home on railway embankments, and it is their large, slippery leaves – famously described by British Rail as ‘the wrong sort’ – that are the main culprits when it comes to the annual chaos which ensues once autumn leaves, rain and railway lines collide. 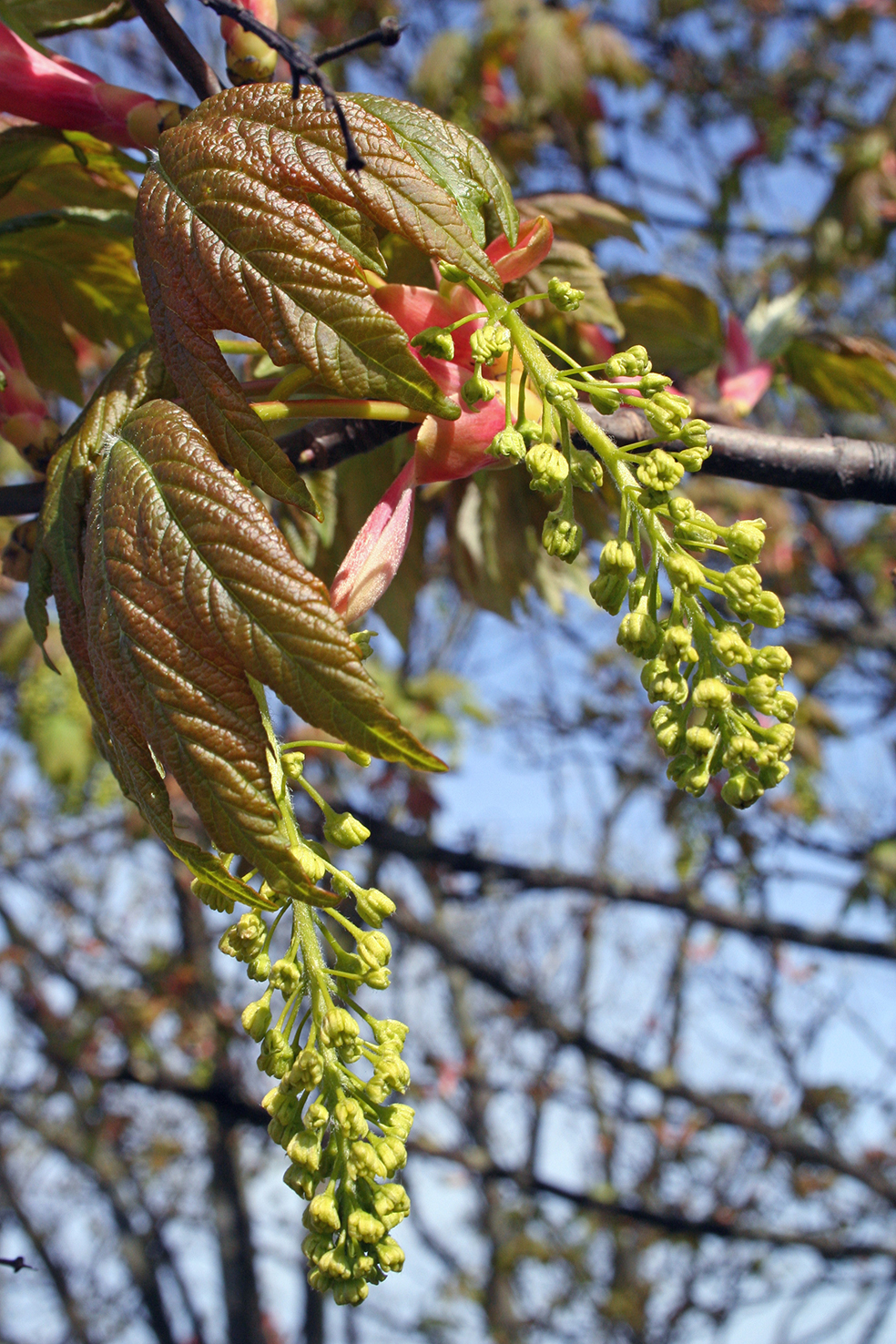 Contrary to many other trees, sycamores do not come into flower until after their leaf buds have burst (photo 3). Their small yellow flowers which hang in long, dangly racemes (photo 4) are a valuable source of nectar for bees. 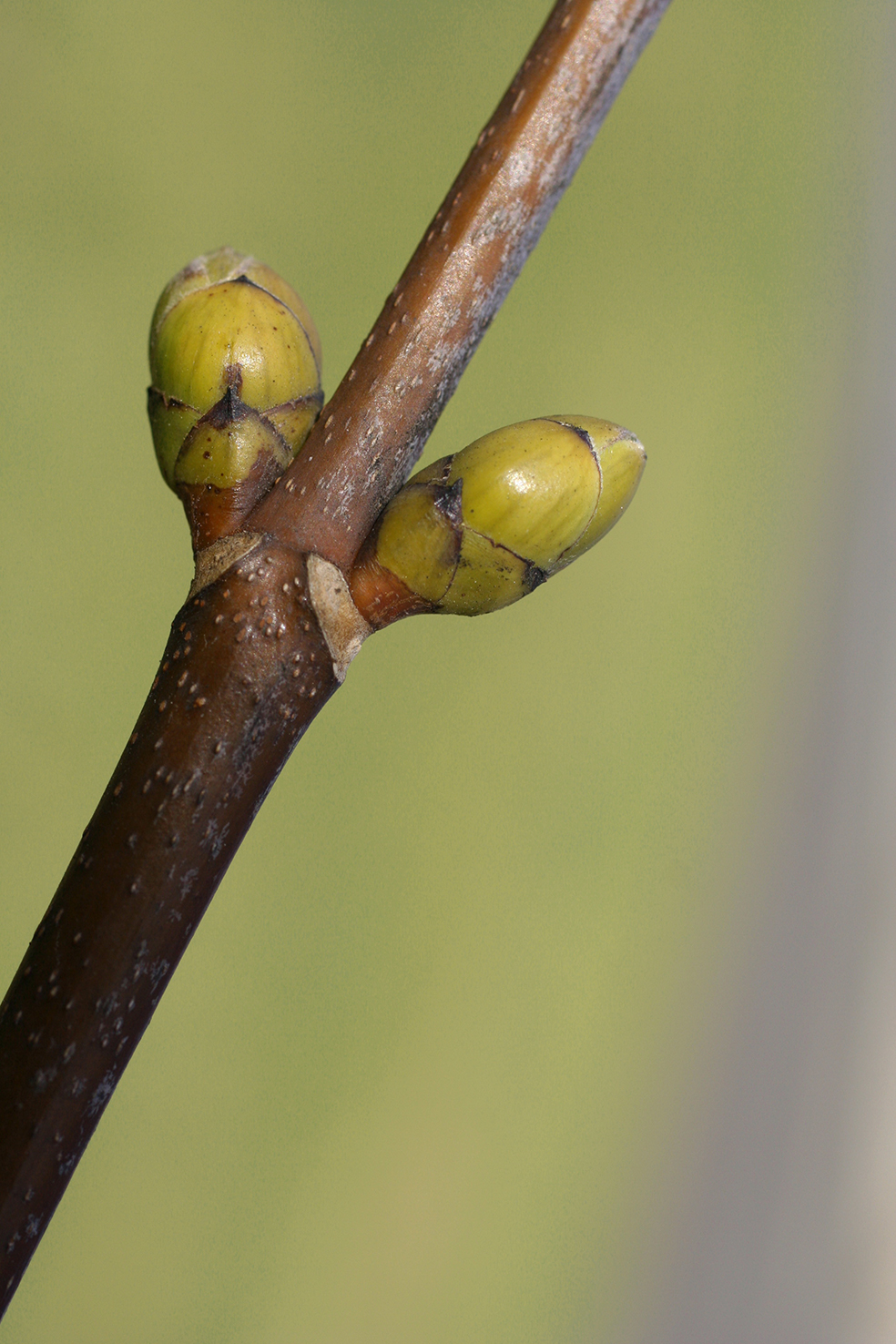 In winter the paired green buds (photo 5), smooth greyish bark on young wood (photo 6) and cracked bark with a tendency to flake off in a patchy manner on older trunks (photo 7) can help with identification. Mature, free-standing trees – the largest of which can be up to 500 years old – are readily recognized by their imposing stature 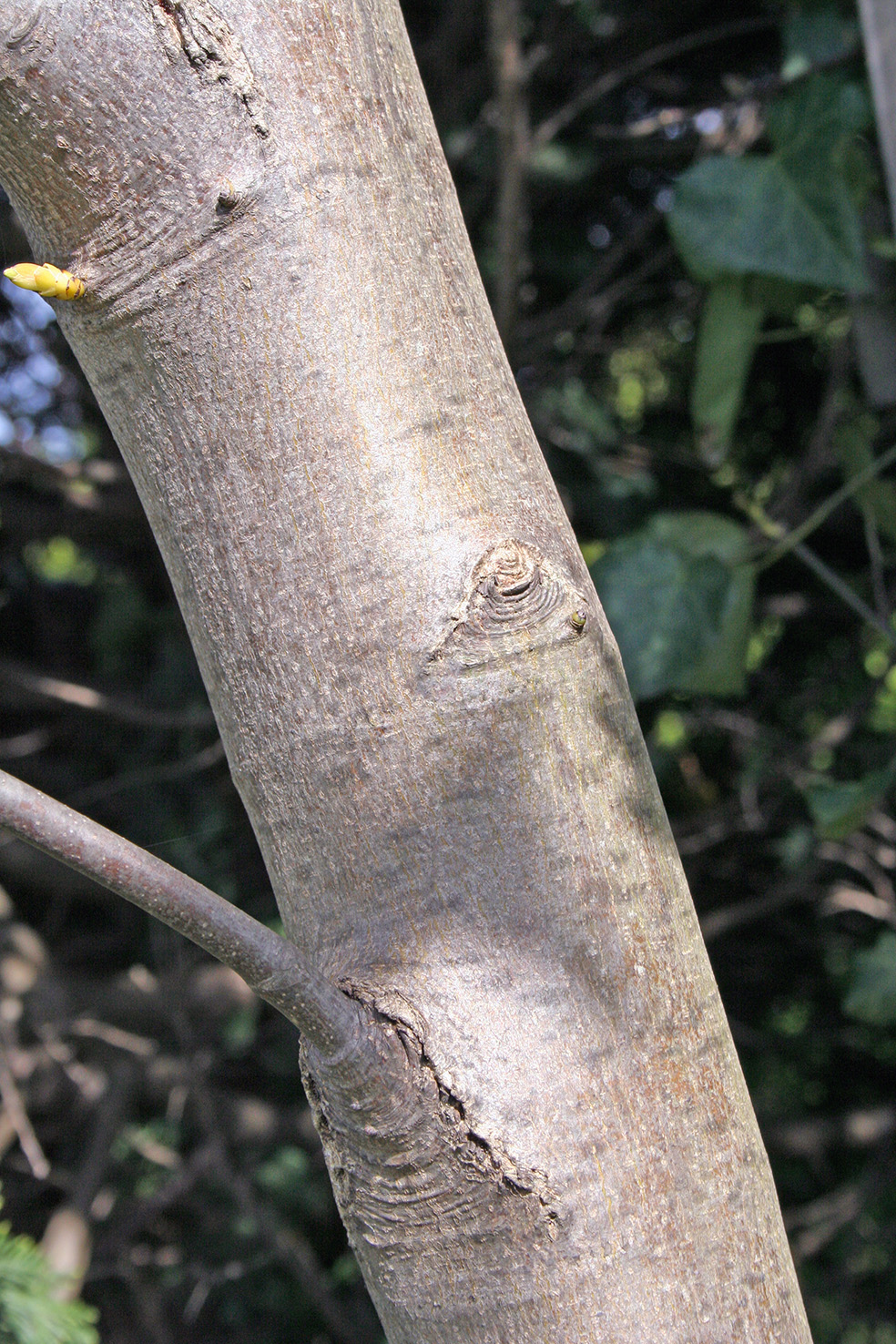 characterized by a number of very straight, strong, near vertical branches (photo 8). 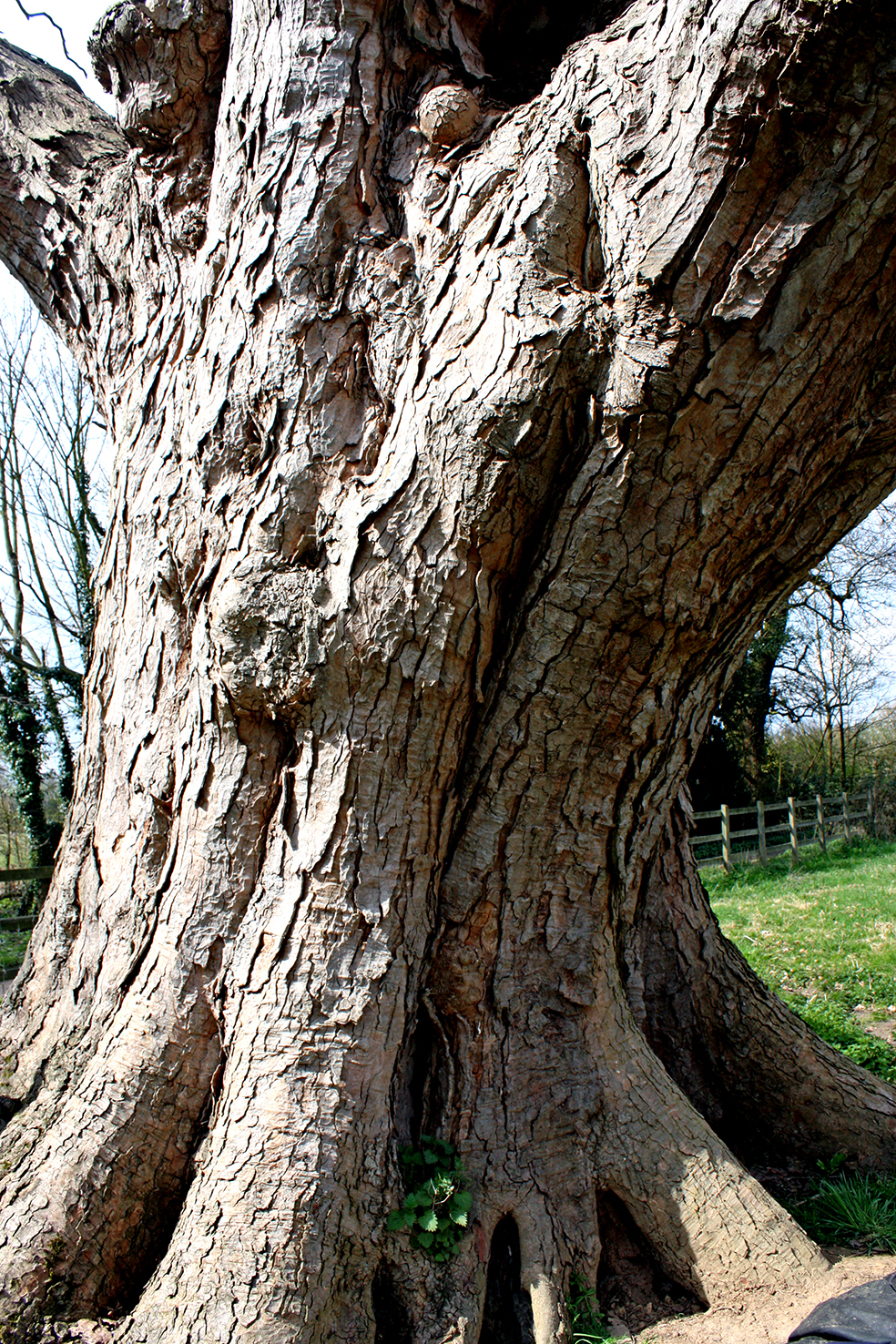 Its tall, straight growing habit contributes to the fact that the sycamore is a popular timber tree. The wood is pale-coloured and very strong and has been used for a multitude of purposes since the stone age. It has been popular for kitchen use because it does not taint food and stays smooth after scrubbing. Today it is particularly prized for musical instruments and veneers. The price of good quality sycamore timber is in the range of £500 per cubic metre, meaning an average sized log can be expected to fetch around £1,500. 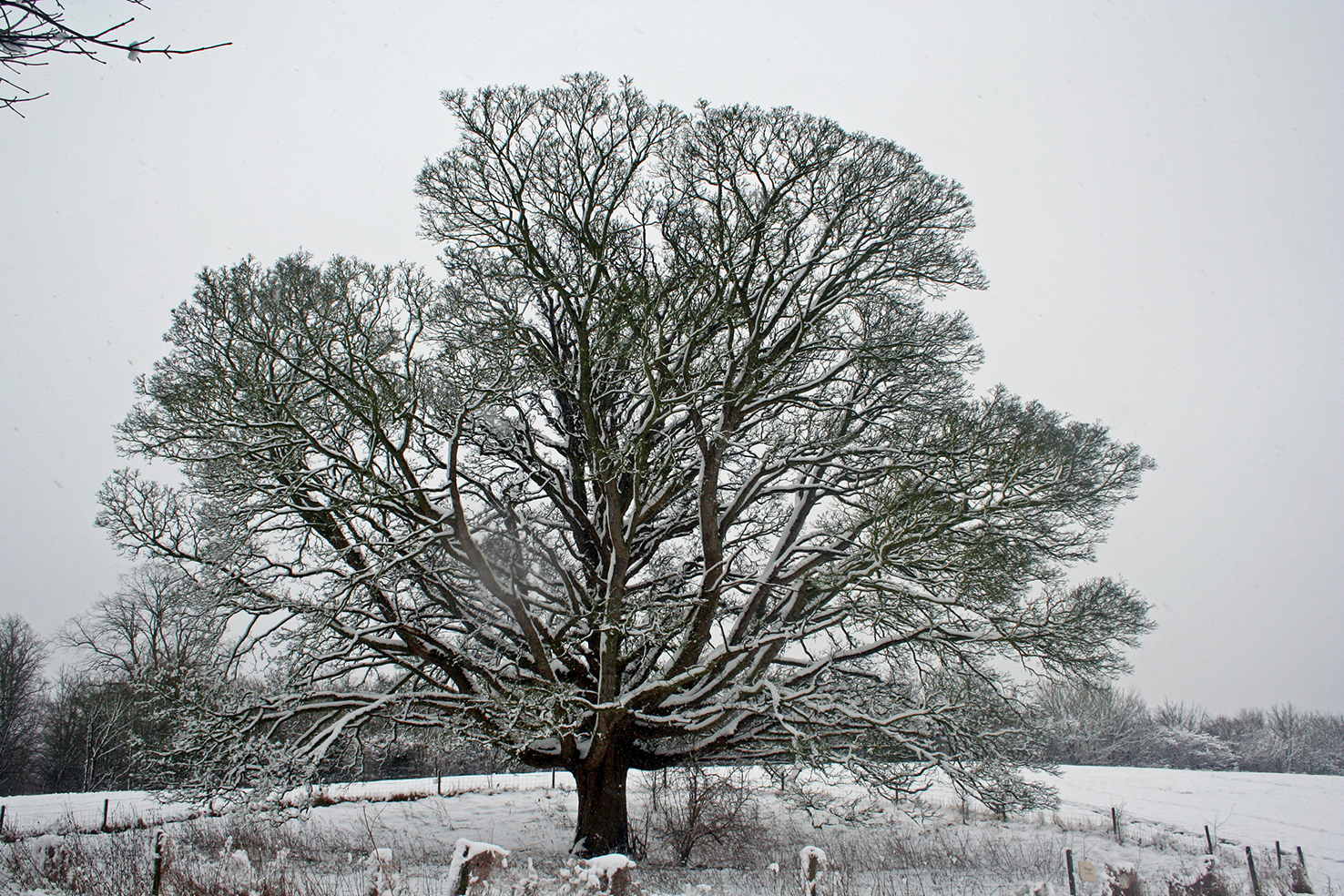 Every once in a while sycamores produce unusual wavy-grained wood known as rippled sycamore. The exact causes that trigger this phenomenon are still unclear, but it is thought that a combination of genetic and external factors are involved in its development. There is no way of knowing whether or not a tree has produced rippled wood until it has been felled and part of the bark has been removed. Even then findings can be inconclusive because the rippling can affect only parts of the trunk. On average, about 3% of sycamores produce rippled timber. The reason why the presence or absence of rippling is of such interest is that rippled sycamore is extremely valuable. Manufacturers of veneers and musical instruments regularly pay record prices for top-quality rippled sycamore logs and, to a wood owner, coming across one among his stock can be akin to winning the lottery. In 2012 a French rippled log 8.5 metres long and 1 metre in diameter sold for €61,537 (equivalent to £12,000 per cubic metre), making it the most expensive tree sold in Europe to date. A tree like this can be turned into up to 4000 square metres of 0.5 mm thick finest quality veneer which is used in luxury applications, for example on yachts.

As a result, it is not surprising that sycamores are planted for timber despite the fact that concerns have been voiced about the efficiency and speed with which the species is able to colonize disturbed ground. Sycamores are also planted as windbreaks and city trees (despite their large leaves they cope well with strong winds and are tolerant of pollution and even salt spray). Longer-term studies seem to indicate that the sycamores’ invasive potential has been overestimated and that, in the long term, they become part of a balanced community rather than out competing native species, but opinions on this are still divided. 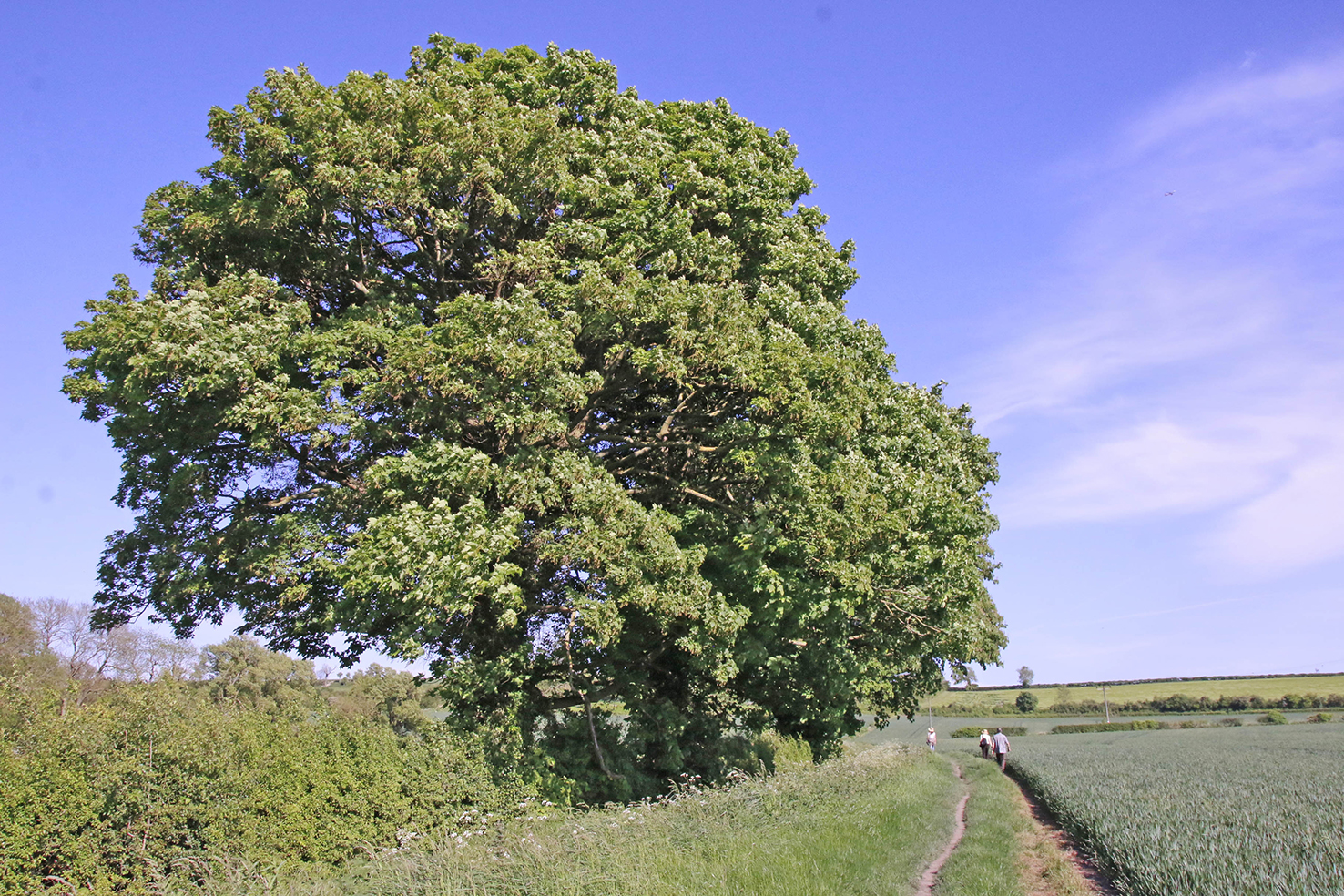 Sycamores are indeed masters of contrasts – they manage to be the most expensive tree in Europe while at the same time being British Rail’s most hated weed, they effectively provide us with shade and shelter while being accused of shading and outcompeting native flora. While some say they are good and some say they are evil, only one thing is certain: these majestic, fine-looking trees are here to stay (photo 9).