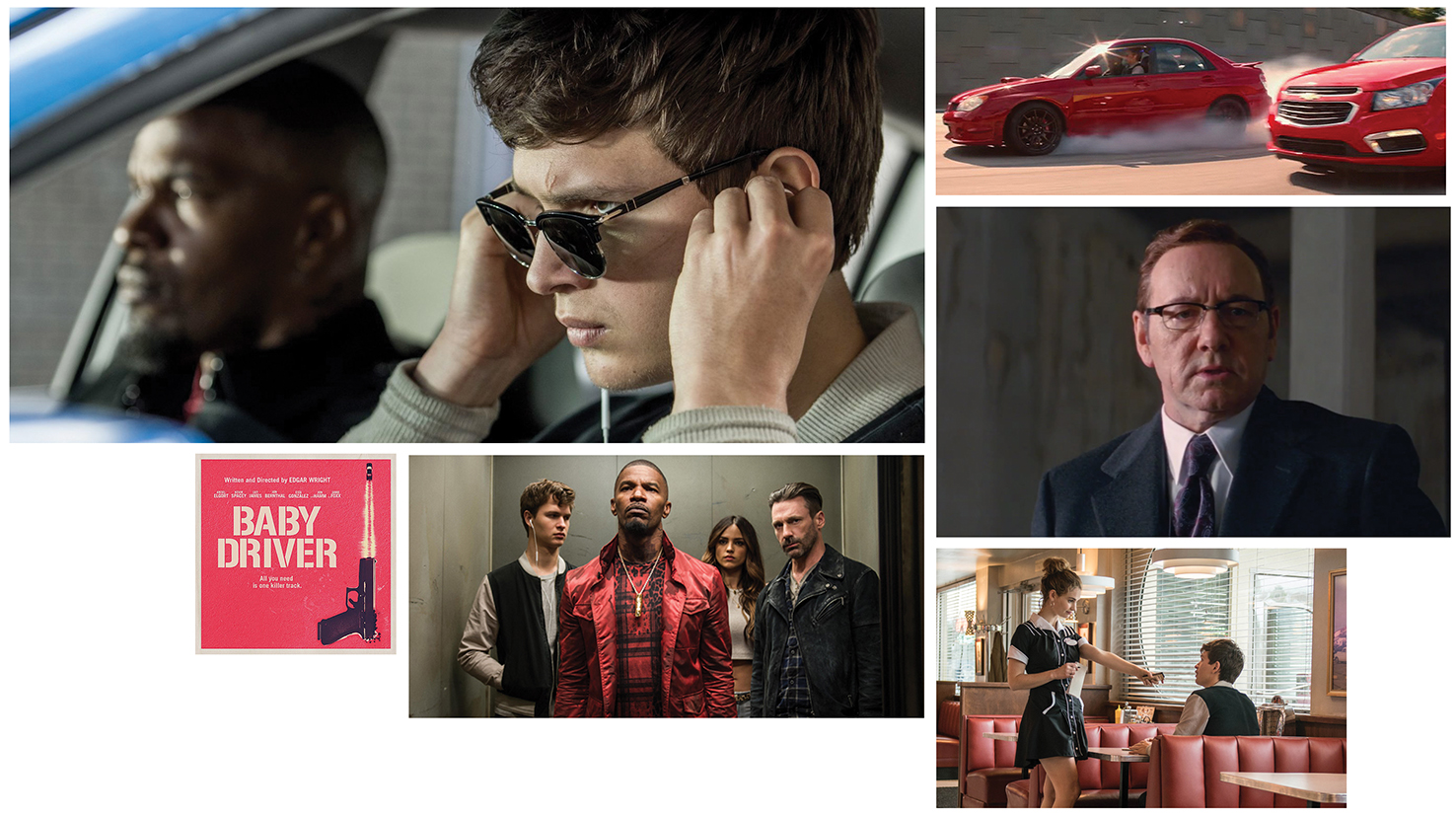 It’s been four years since Edgar Wright, the mad genius behind Shaun of the Dead, Hot Fuzz, The World’s End and Scott Pilgrim Vs. The World, gave us a new film. He was famously supposed to direct Ant-Man for Marvel, having been attached to the project for years, but his take was scuppered by creative differences and forced us to wait another two years for his next feature. Fortunately, Baby Driver is more than worth the wait. A deliriously exciting action picture and one of the most inventive car chase films for a long while, this is comfortably one of the best films of 2017 so far.

Our hero is the unusually-monikered Baby, a getaway driver reluctantly working for a hardened criminal called Doc. He wants to escape his life of crime and run off with his crush, a waitress named Debora, but it wouldn’t be a very interesting movie if he were just able to do that, would it? Instead, Doc keeps roping him into increasingly dangerous heists – all of which are choreographed to the music that Baby constantly has playing on his iPod.

He has tinnitus, you see, and plays the music to drown out the constant ringing in his ears, and this is where Baby Driver’s real hook appears. The whole film is set to Baby’s playlists, with footsteps, door slams, gunshots and edits all matching up with the tune of whatever he’s currently listening to. From the opening robbery, playing out to the tune of ‘Bellbottoms’, to a shoot-out where every gunshot syncs with the beat of ‘Tequila’, to a particularly memorable use of Queen which gives the iconic ‘Don’t Stop Me Now’ scene in Shaun a run for its money, the whole film is powered by its music.

All of cinema’s best action scenes have a rhythm to them and here Wright is taking that idea to its logical extreme, structuring his entire movie around his eclectic soundtrack. It’s a bold move that could easily have been gimmicky under a lesser director, but as previously stated, Wright is a genius, and under his watchful eye it becomes one of the most unique and thrilling action films in years. The practical stunt work of the car chases is nothing short of astonishing, and the level of craft on display is up to Wright’s impeccable standards. The amount of work it must have taken to shoot and edit this film so that the action matches the music boggles the mind, and it’s a true joy to see it in motion. Between this and John Wick: Chapter 2, it’s been an excellent year for proper action movies.

And this is very much an action movie. Wright has made his name in comedies, with Fuzz and Scott Pilgrim admittedly also having one foot in the action genre, but this is a car chase movie with jokes rather than the full action-comedy hybrid that his previous work might suggest. It’s a good thing! It’s hugely satisfying to watch the director step outside his usual wheelhouse, and take his art to new and fascinating places.

It’s largely not the light-hearted, candy-coloured romp you may be expecting, and once we enter the second act a palpable sense of menace begins to permeate the film. It’s a lovely subversion of our expectations, and the dread and darkness pays off in a glorious finale that’s notably smaller in scale than the scene-stealing beginning but has much higher stakes because of our investment in the characters. It also features one of the most sadistically satisfying deaths in recent memory, if you like that sort of thing.

None of the action or atmosphere would work if we didn’t care about the characters, but Baby Driver’s beating heart is the tentative, touching romance between Baby and Debora. You desperately want them to get out and make a better life for themselves, and their relationship is at the film’s core just as much as the music is.

If this has seemed a rather un-critical review, it’s because there really isn’t much to criticise. Baby Driver is an exceptional piece of filmmaking, with the precision engineering of a Japanese computer-on-wheels and the heart of an old American muscle car. It’s one of the best films of the year, and you’re missing out if you let it pass you by.