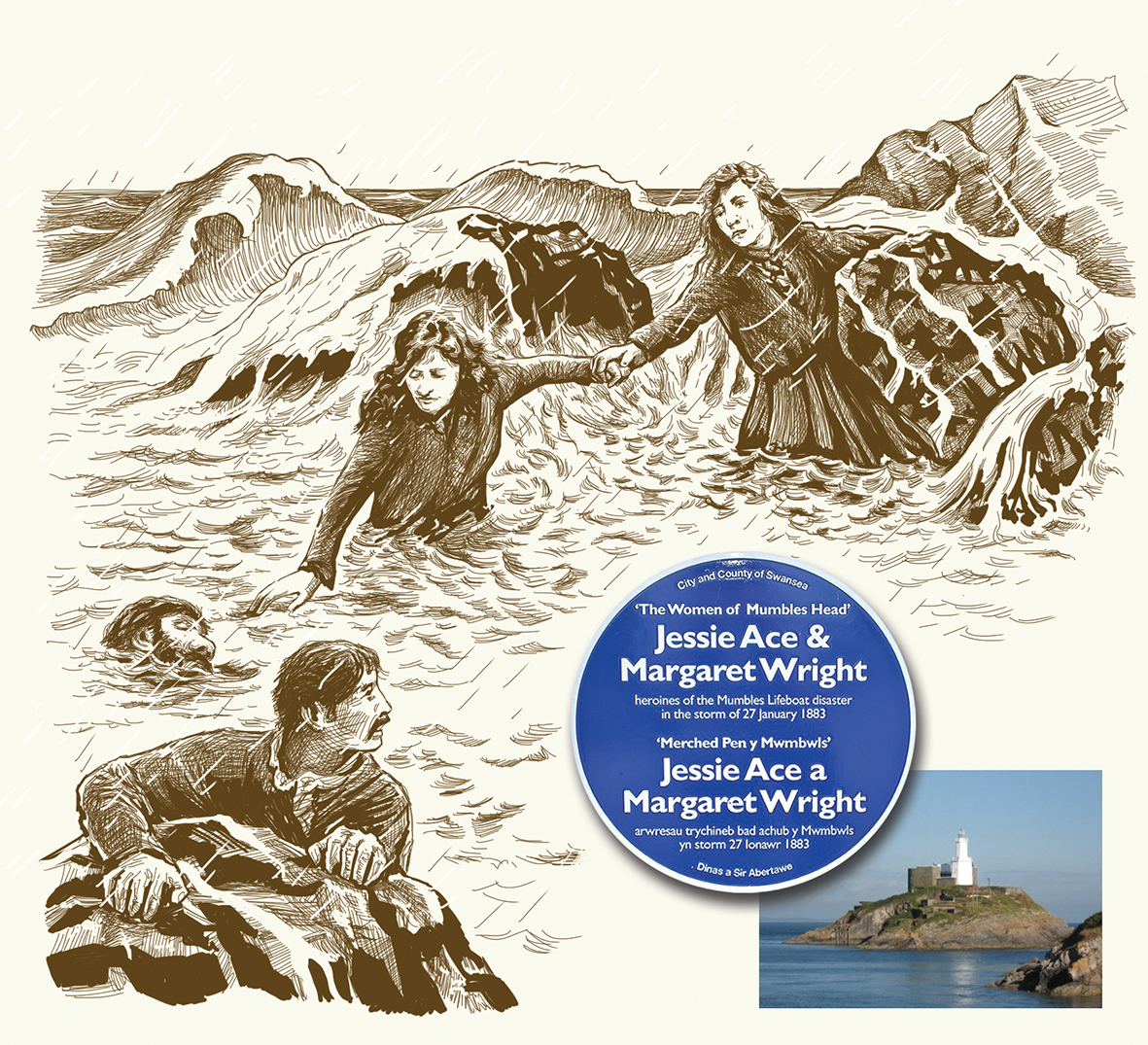 This is the first in a series of short articles on the various blue plaques that are situated in Swansea and the surrounding area. These blue plaques are installed in public places, to commemorate a link between the location and a famous person or event. It was the brainchild of William Ewart MP, in 1863. Swansea has 15 such plaques.

The first plaque we’ll look at is set in a wall at Mumbles Pier, overlooking the lighthouse. It is in recognition of the bravery of sisters Jessie Ace and Margaret Wright (nee Ace) during a storm in 1883.

During a storm on Saturday 27th January 1883, the Mumbles Lifeboat, the Wolverhampton was launched in an attempted rescue of the German barque Prinz Adalbert of Danzig, which was stranded off the rocks at Mumbles Head. The lifeboat was flipped over by the waves and the lifeboatmen were fighting for their lives.

Two men were dragged ashore by Jessie and Margaret Ace, daughters of the lighthouse keeper Abraham Ace. Sadly four of the lifeboat crew, John and William Jenkins, William McNamara and William Rogers lost their lives during the rescue.

What became of Jessie and Margaret? Jessie seems to have disappeared. I couldn’t find out what happened to her – unless someone out there knows. Margaret married Charles Wright in 1874, dying in 1933. They were immortalised in a poem, The Women of Mumbles Head written by Clement Scott.

This year, marks the 70th anniversary of the Mumbles Lifeboat Disaster of 1947, when all eight crew of the Edward, Prince of Wales lost their lives in attempted rescue of the Samtampa, off Porthcawl.