It is summer, 1964, and Maggi, my best friend, and I are sitting huddled, under the shelter at Rotherslade, staring hopefully at the sky. We have our towels wrapped around us for warmth. I get up, walk to the edge and stick my hand out. ‘I think it’s raining.’‘No,’ Maggi says. ‘That’s sea mist.’ I look at her, she looks at me and we both burst out laughing.

Today as I write this article it’s nearly the middle of June. This month is often referred to as flaming June – although curiously enough the only source I can find for that epithet is a nineteenth century painting by Sir Frederic Leighton of a sleeping woman clad in orange – but the weather so far this month has been anything but flaming unless you count lighting the fire on several evenings.

‘Oh, it was better when I was young. We had proper summers then.’ I admit I’ve said that; maybe you have too.

But it was definitely always warm and sunny around exam time in May and June, just when all you wanted to do was lie in the sun with a good book – not a physics manual.

Maybe that’s the unreliability of nostalgia speaking. According to weather sources the 1960s failed the summer test miserably. THE summer that everyone remembers, the one that brought the heatwaves and drought, was 1976; the best recorded before that was in 1959, meaning that for all of my teenage years, we had less than sunny summers.

Incidentally these were also the years when coconut oil was the go-to sun cream. Raw unadulterated coconut oil. Forget SPF factor or anti-drying properties, we just wanted to fry. We’d buy it in jars from the chemist, take it to the beach, wait for it to melt and then slather our skin with it. Today I notice it’s available in supermarkets in the cooking oil aisle. Probably a good job we didn’t have wonderful hot summers. 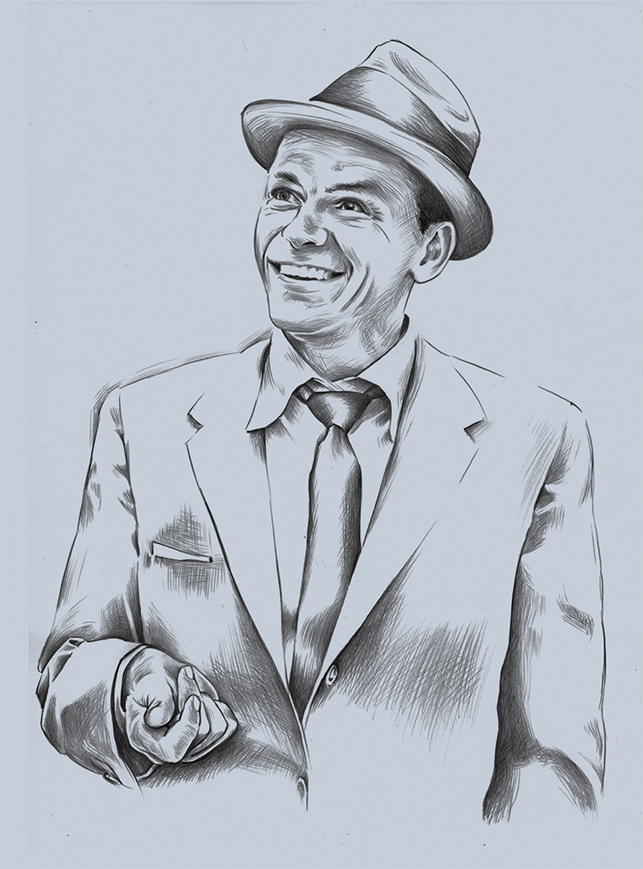 But then we were young and full of hope.

And back when we were very young there was a song that Uncle Mac used to play on the wireless on Children’s Favourites on Saturday mornings. In it Frank Sinatra sang about a ram who wants to bust a hole in a dam. No-one can make him “scram, he kept buttin’ that dam.” And why? Because he had “high hopes, he had high apple pie in the sky hopes.” In the song the ram is rewarded for his persistence: oops, there goes a billion kilowatt dam.

Maggi and I were rarely rewarded for ours. Our hopes were dampened and finally quashed by worsening ‘sea mist’ as we made our way slowly back up Rotherslade Hill. Maggi shrugged, ‘Perhaps it will be better tomorrow.’ ‘I hope so,’ I said.

Hope can be such an ethereal thing yet in these days especially we need it. The latest news on the television or social media is always depressing. Terrorist attacks, political mayhem in this country and elsewhere, the growing refugee crisis, the failing NHS, the increasing reliance on foodbanks, and even today in the twenty-first century people starving to death.

It can almost seem foolish to hope that things can get better. For many there is nothing but gloomy pessimism, a sense of the inevitable. But that’s not a new thing. In the seventeenth century, Onitsura, a Japanese writer of haiku (very short poems) wrote this:

that the June rains

He was insouciant; whatever will be will be. We can hope for good weather but experience shows us that it will rain in Wales as well as in Japan. But if we give up hoping – whether it’s for a sunny day or a better future – we’ve lost.

The bible talks a lot about hope both in the Old and the New Testaments. Hope was as important two thousand and more years ago as it is now. Without hope we can become inhuman because we have no dreams.

But the hope the bible offers us is not a maybe-or-maybe-not hope: it’s a definite pro-mise. And it’s not just a ‘one day you’ll go to heaven’ hope; it’s hope because we are loved and precious right this minute. Each and every one of us no matter who we are or what our lives are like.

And when we can truly grasp the reality of that we’re no longer hopeless. We have a reason to persevere. Just like the ram or the widow in Luke’s gospel who nagged at a judge until she got justice, we can have high hopes.

To read more or to contact me visit my blog, liz-and-harvey.blogspot.co.uk, or find me on Facebook, liz.hinds1