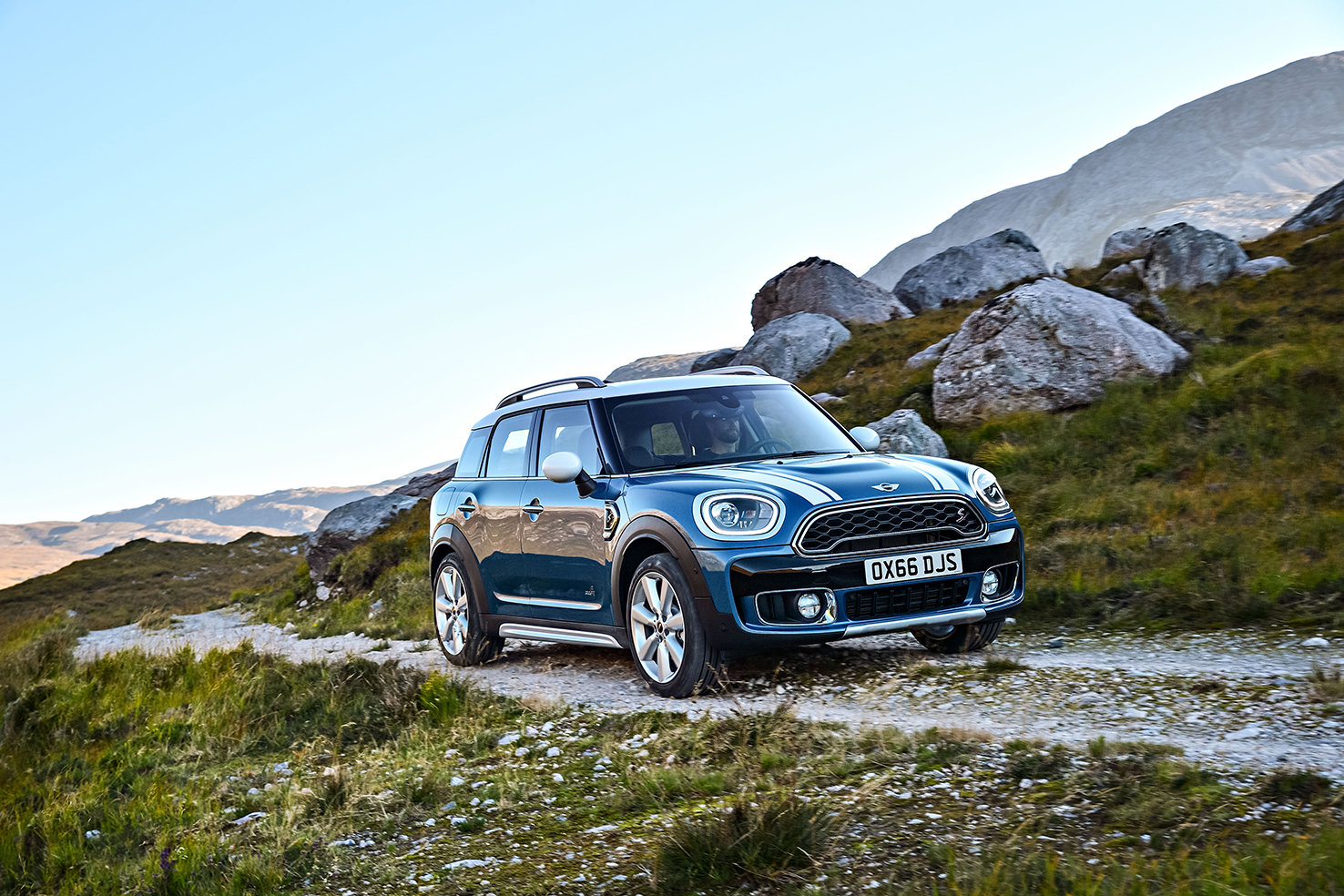 Liam’s car for July is the BMW MINI, the small car that just got a whole lot bigger and that includes the price-tag

Remember The Italian Job? I’m talking about the Michael Caine, Tony Beckley, Benny Hill, 1969 original version. The one in which Charlie Croker and his band of merry men end up, literally, driving into the back of a bus. Not that dreadful re-make from a few years ago that starred “actors” (I use the term loosely) Edward Norton and Mark Wahlberg.

The reason I ask is because I’ve just spent the week driving the new MINI Countryman.

Now I know MINI’s these days are made by BMW (they’re a German Job then?), and that one look at the Countryman is all it takes to know that you’d never get it into the boot of a bus – you feel you could almost get an original Alec Issigonis designed Mini into the back of the Countryman. But, should you want to transport a henchman or three, over the Alps, and with a precious haul stowed away in the rear, perhaps this new MINI Countryman is the perfect tool in which to carry out such a caper.

Allow me to explain.

Park a Countryman next to an original Austin Mini and it towers over it like a school bully. Even though all of the original design cues are still present, large round headlamps, slatted grille, bulbous bonnet and rump, everything is much, much bigger. It’s wider, taller, higher and longer. It’s a MINI for people who’ve outgrown their Mini. Let’s be honest here: The Countryman is what’s known as a cross-over; it’s based on a BMW X1. “Ours” even came with all-wheel drive. 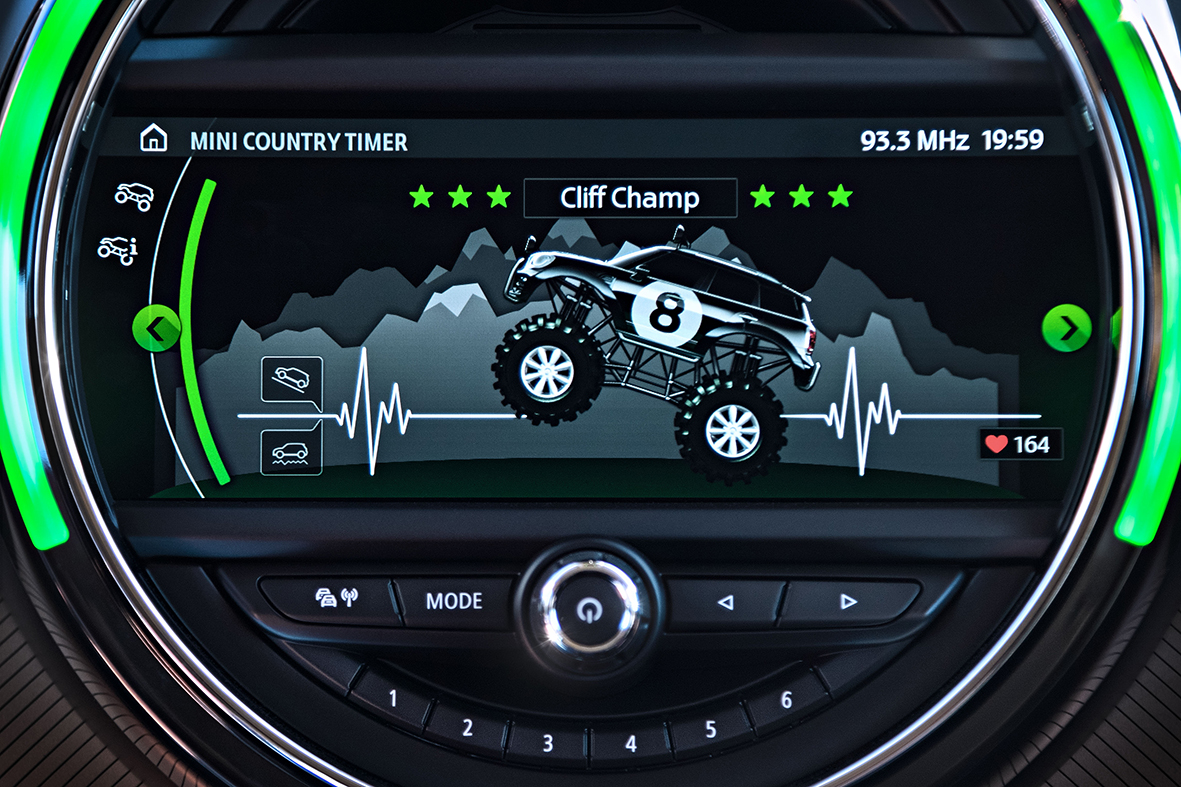 The ALL4 badges placed low down on the front doors of “our” Countryman indicate it’s an off-roader. Well, a soft-roader at least. ALL4, you see is MINI’s all-wheel drive system; it’s available as an option on all engine variants. This latest version not only reacts quickly and precisely to changing situations, it is also, say MINI, compact and offers a high level of internal efficiency. Here’s the technical bit… it consists of a power take-off unit integrated in the front axle differential, a propeller shaft leading to the rear axle and a hang-on clutch that ensures precisely measured transmission of the drive torque to the rear wheels when the going gets gooey, or slippery. The system’s electronic control is interconnected with the Dynamic Stability Control DSC, so it detects any need to adapt power distribution early on. In this way, ALL4 optimises both traction and stability in adverse weather and road surface conditions, as well as ensuring improved agility when driving through bends in a sporty manner. Maybe that means racing up the St Bernard Pass, through snow, and with the Mafia chasing you, or perhaps when you don’t want to slide off the side of a cliff. Sounds like a great idea to me!

Film fantasies aside, the Countryman, despite its extra size, is a lot of fun to chuck around. The steering is wonderfully direct and the whole car seems to swivel around your hips when you turn-in. It grips like a limpet too. Power in this case comes from 148bhp turbo-diesel (there are petrol and hybrids available as well) and although it’s not the most aurally inspiring of motors, it pulls the Countryman along really rather nicely. Add in MINI’s slick manual 6-speed gearbox and it all makes for engaging point-to-point driving experience. 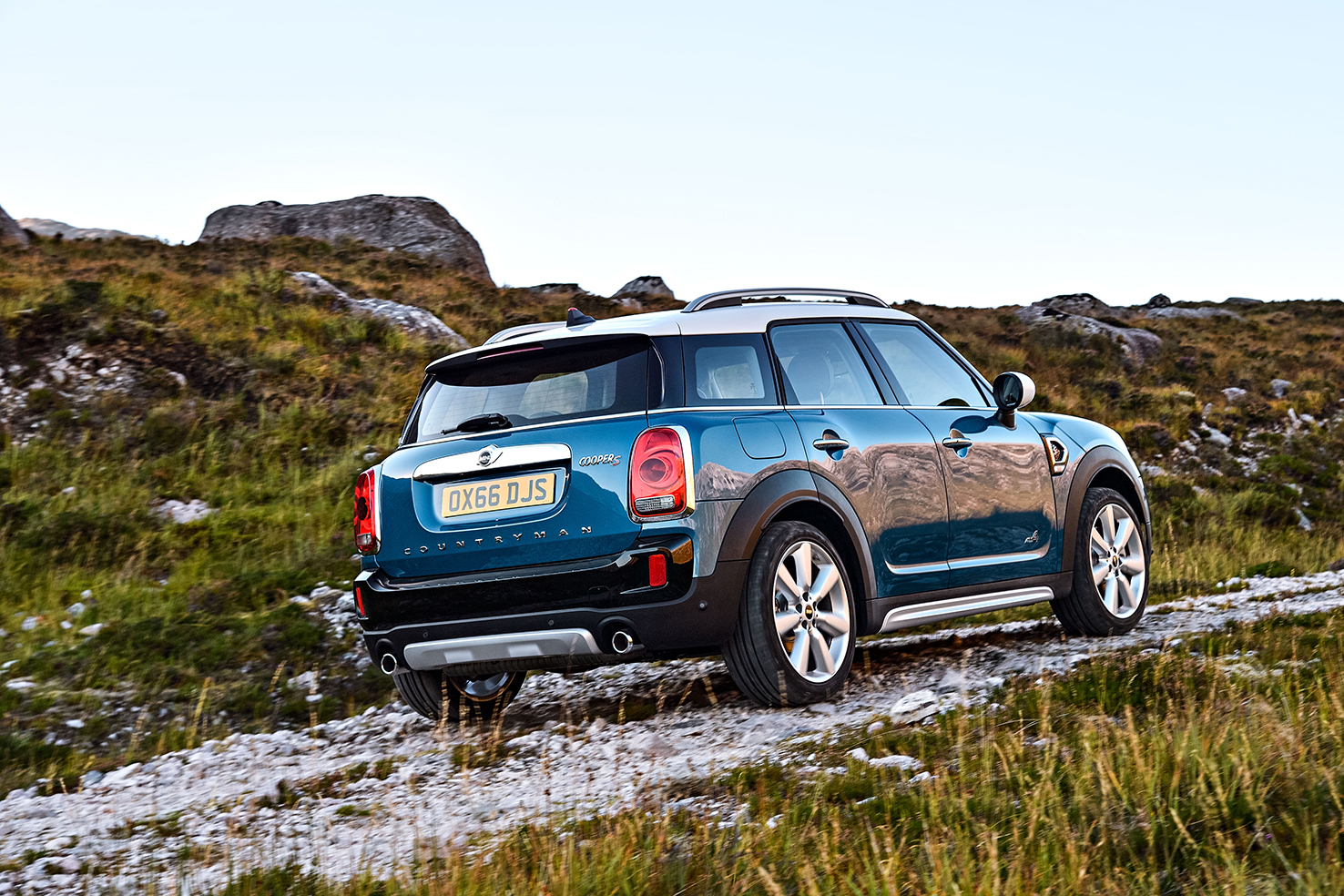 It’s comfy too. In a bid to stop this, the biggest of the MINIs rolling around, BMW have given the Countryman taut, but not stiff, springs and dampers. Snugly ensconced in the Countryman’s sports seats and behind its thick-rimmed multifunctional steering wheel, I’d say they’d got the balance just about right.

Ah yes, about those seats and that steering wheel…

As is so often the case, BMW (or should I say MINI?) opted to add a whole host of options to the Countryman they lent me, some of which were excellent, some of which… well… y’know. The media pack which includes the bigger sat-nav and Bluetooth wireless charging works a treat – it’s familiar to anyone who’s used the iDrive system – but it is £950. However, that’s cheap compared to the Chili Pack which is essential, if like me, you’d want those seats and that steering wheel. Ok so the seats are heated, and the pack adds all-important automatic air-conditioning, plus auto adaptive LED lights, foglamps, 18” pin spoke alloys wheels with run flat tyres (there’s no spare wheel) and Sports and Eco driving modes – all of which are very handy and add to the Countryman’s appeal no end. But to get them you need another £2,980. Tinted windows incidentally are £290; a larger fuel tank £50; Electric folding mirrors £175; leather trim £655.

The powered boot-lid (£375) and Anthracite Roof lining (£150) and so-called (£150) picnic bench, which is actually little more than a fold-out embroidered cushion, I could easily live without. In total the options alone cost £6,915. 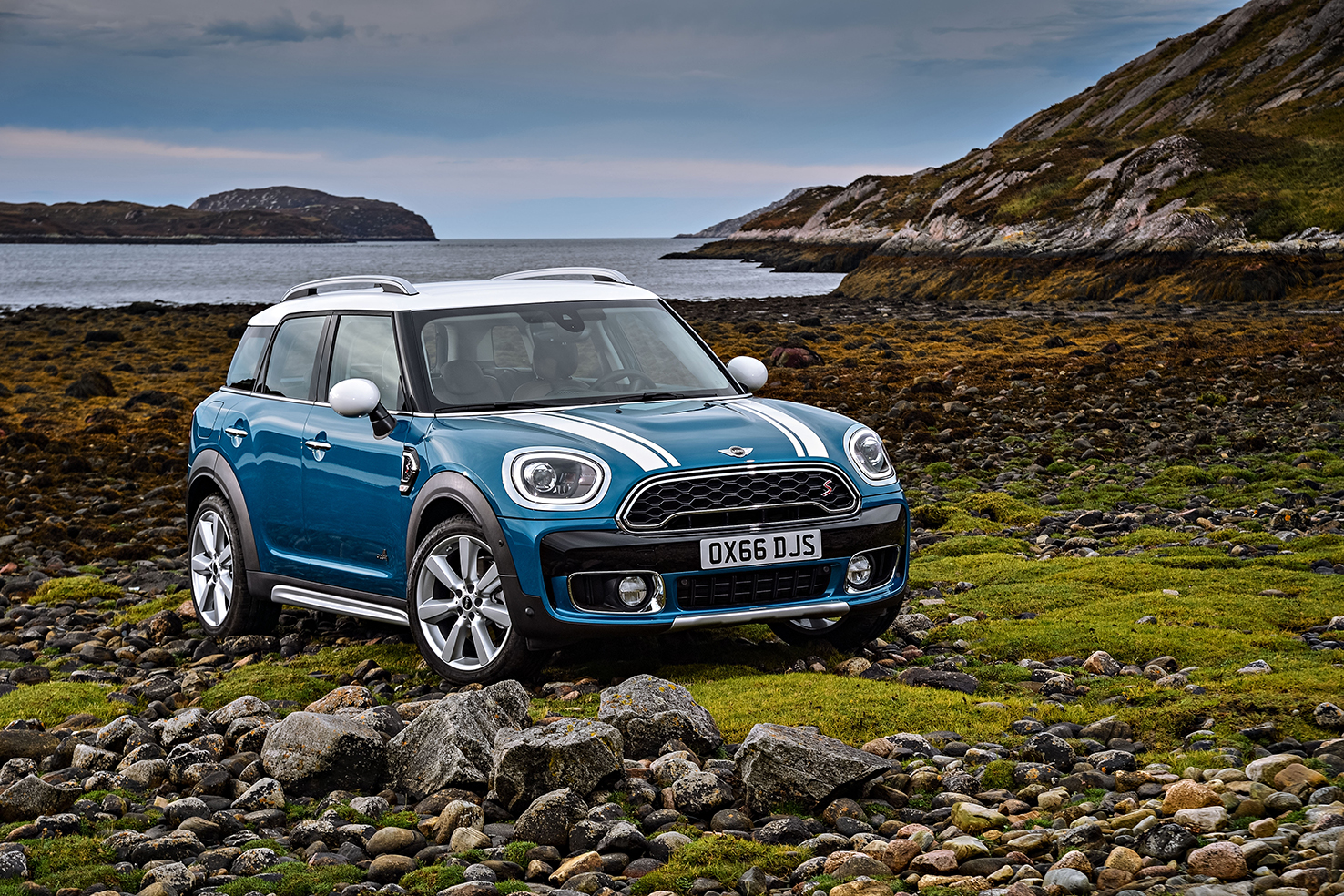 And then of course there’s the Countryman’s looks. Pretty car? Not really.

It is though, a very good one. The Countryman is practical, comfortable, engaging to drive, quick, economical (after you’ve bought it that is) and built so solidly you really would struggle to blow its bloody doors off.

Like many a modern MINI it may not be what we’d call an original anymore, but nevertheless, out of what I’ve driven this year so far, like a classic British film I may know a little too well for my own good, I’ve a feeling it’s already become a favourite.